Game update with main focus on the addition of the Guild System and all the features that come with it.

I know it's been a long time since the last game update and it is long over due but I am pleased to have completed the current update which includes the Guild System and more.

Guild creation is done by doing the Guild Quest and obtaining the Mystic Stones to be able to create a Guild Tablet which will allow the creation of a Guild by entering the Guild name. 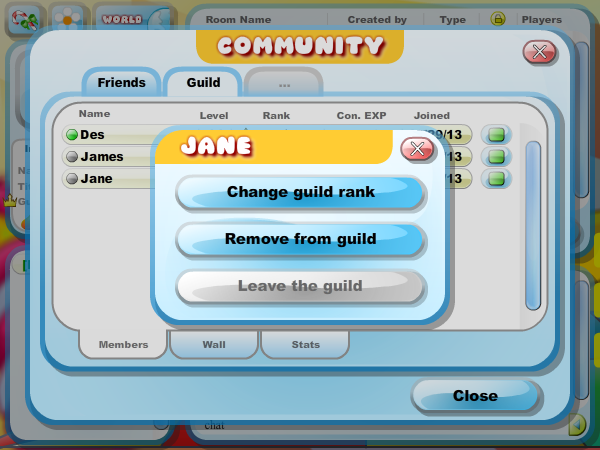 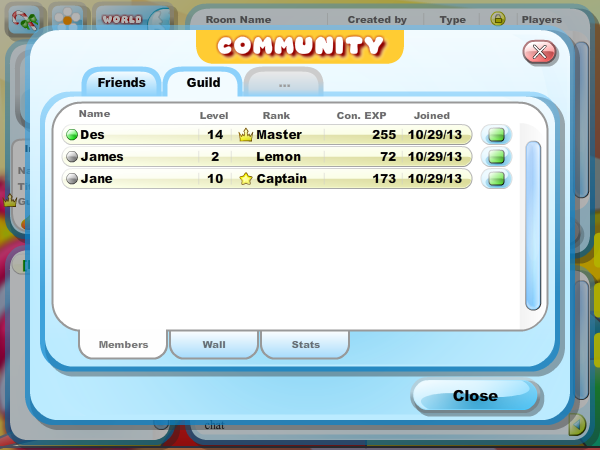 Guild wall is only editable by Guild Master 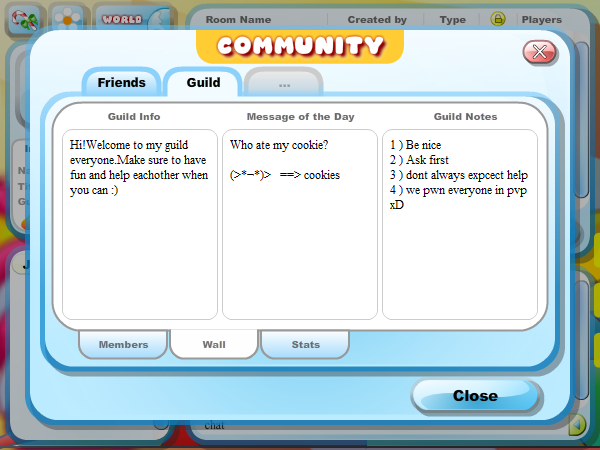 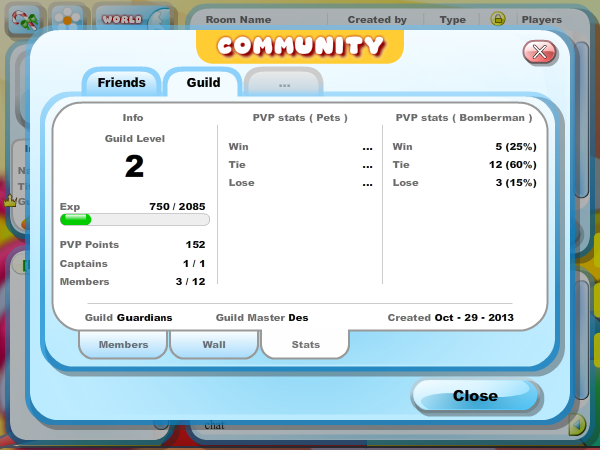 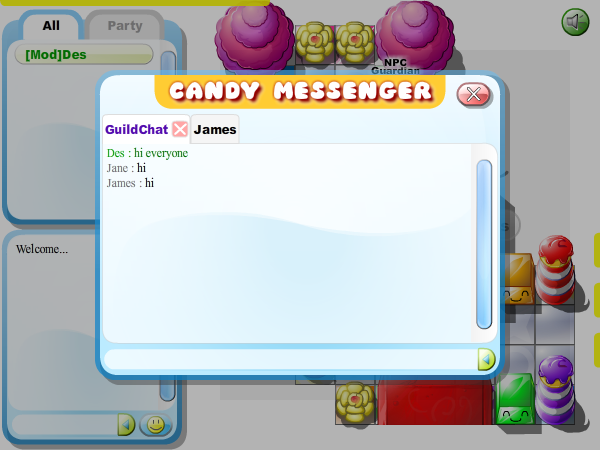 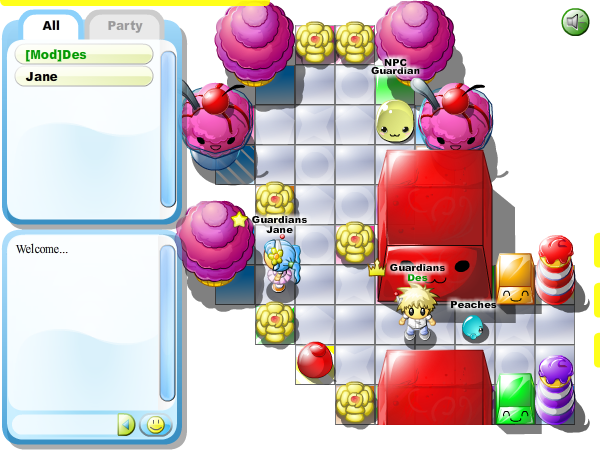 The higher the level the Guild is the more benefits it also offers in the experience that is gained by playing within a Game Room in classic or teams and this also applies to your Pets which will gain more Exp while fighting other enemy creatures within the World. Another benefit is the increased amount of Jellybeans that are gained through playing in with your Pets or in a Game Room in classic or teams. These benefits increase with the Guild level.

Other modifications that are not directly related to the Guild System is the change in the way Game Rooms are created, as of this update the creator can apply other parameters while creating the Game Room. 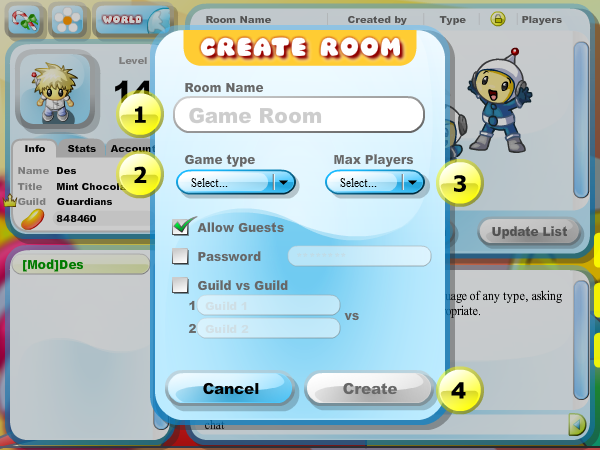 The Game Room parameters such as Guests Allowed, Locked and Guild vs Guild are indicated by icons in the List of available rooms. 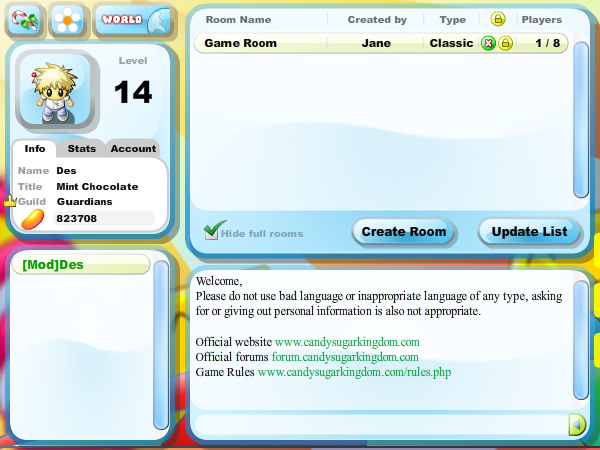 Pet Growth value can now be seen and will expanded on in more detail in the future updates, this is a static value which shows a point rating of how well the specific pet can grow in levels. 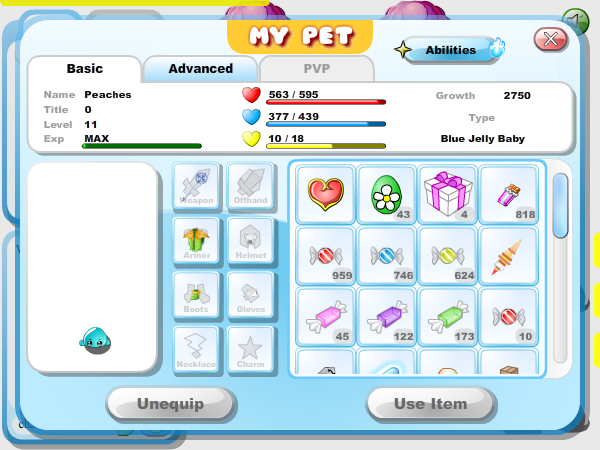 The official website Leaderboards has been modified to allow the selection of individual Player Nick names to see more detailed information of their game stats, costumes, pets and other information. In addition there is also Guild information that will be displayed along side any player who is within a Guild and the Guilds are also given Rankings based on different parameters such as EXP, PVP Points, Wins and Loses.

One of the issues that many people had was that while playing in the World with your pet the dropped Items disappear too quickly so the value of this has been changed to a much higher value that this should no longer be an issue in any way.

There has also been a lot of other minor changes that I will not get in to but there is one more thing that is worth mentioning and that is the new command that has been added /fullscreen which is really obvious what it does but this will not work on all websites because of the website itself and not because of CSK. This command will obviously work on the official CSK website so if you playing from the official website you will have no problems with this command.