I haven't been able to put in as much work as I want to lately but here's what I have accomplished and what I will be working on in near future.

Unfortunately a recent move and other real life stuff has kept me from devoting much time to Caeludum lately. Which is why I haven't updated in a while. What I have done is some optimizing and refactoring that has resulted in some major performance improvements.

On the left is the map size from the demo. It ran at about 60fps on my PC. The picture on the left has about 16 times as many tiles and is running at about 500 fps.

Before each individual tile was its own mesh and GameObject. Now they are divided into chunks, which I've pulled apart in the next picture to better demonstrate. 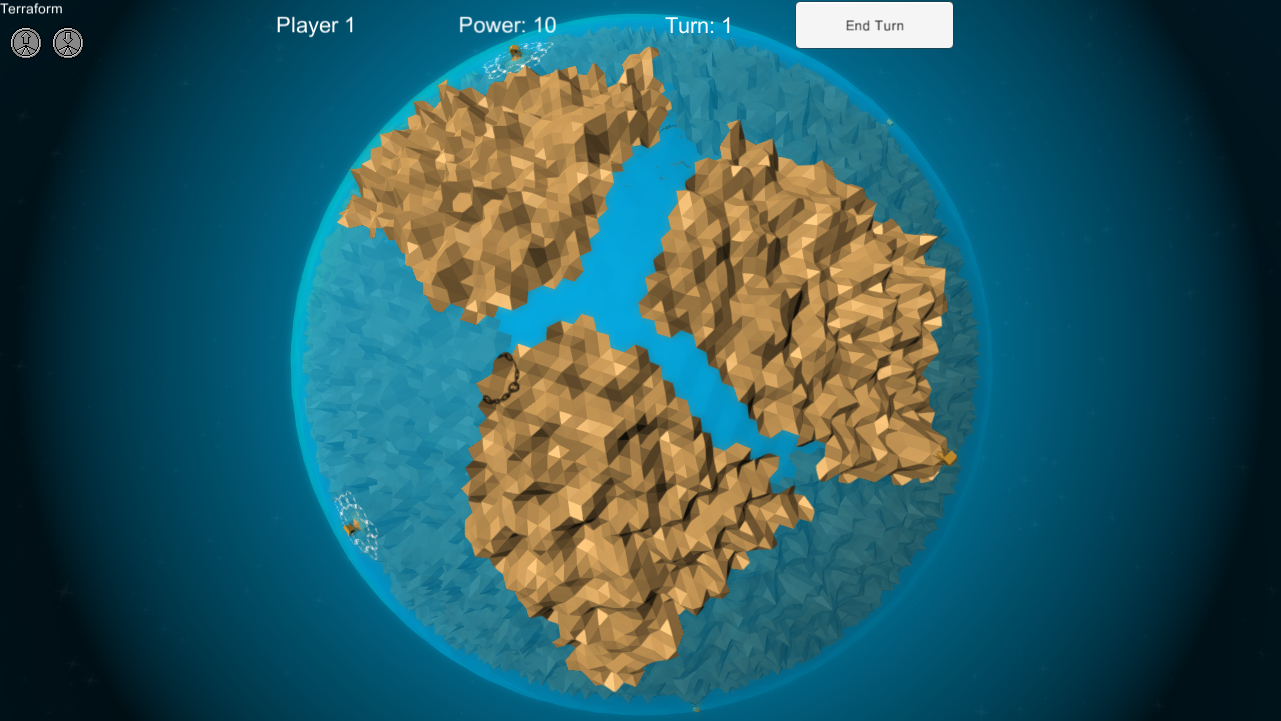 It is far more efficient this way and will allow for larger maps and improved performance, especially on lower end PCs.

In the past my land types were determined by only two factors: elevation and latitude. The results were not quite as interesting as I had hoped. I've decided to use Whittaker's biome-type classification scheme, which uses temperature and precipitation as the main factors as seen here:

Essentially, I was completely ignoring precipitation as a factor before. To calculate precipitation I will be using things like proximity to water and weather patterns, which will create much more interesting worlds.

I hope to have this functional by the end of the week. Then I will start working on artwork for each of the new biome types and improving the old ones, including resources, plants, and animals. That should be the only major thing left before I start reworking people and buildings into the mix.

Sorry I've been so quite and that I don't have more to include in this update. What I've got coming up should be much cooler than what I've shown in the past though :)