Our aim for the month and the next three months has been to increase to production values of the game, adding polish to existing mechanics, tweaking our AI to play in a more realistic way and adding much needed polishing to existing character models and weapons. All of this in time for our KickStarter launch we hope to bring to you lovely people very soon. So far, we are well on track to do this.

Well, what a month August has been for our team here. Lots and lots of new content created for the game and even more planning for future months. To be honest, I don't really know where to start.

Our aim for the month and the next three months has been to increase to production values of the game, adding polish to existing mechanics, tweaking our AI to play in a more realistic way and adding much needed polishing to existing character models and weapons. All of this in time for our KickStarter launch we hope to bring to you lovely people very soon. So far, we are well on track to do this.

Before, I go any further. Who hasn't seen our Solarix trailer.


This may sound cheap but if you like the look of the project and the video, give it a like, make a comment and if you're feeling extra generous, please share it! Without Indie Game fans doing their bit we have nothing.

As tough as this month has been, it has certainly been the most enjoyable I have worked on with any team. Nothing beats that feeling of getting home from my day job firing up my PC and watching our cloud application update with new content. Personally that's what I get a buzz from, seeing what the guys have created.

This month we have managed to re-texture our Zombie Astronaut (awesome work Pat), import him back into the engine and implement him into our ZOO (AI test area). Once this was done, we set about changing the properties for how he was programmed as we felt his current property-set made him too weak. This was a tedious task to say the least, but we stick to our principals with everything here “design, play-test, iterate”. Eventually we feel we cracked it and along with our human solider AI we now have two fully programmed and animated character imported into the game. 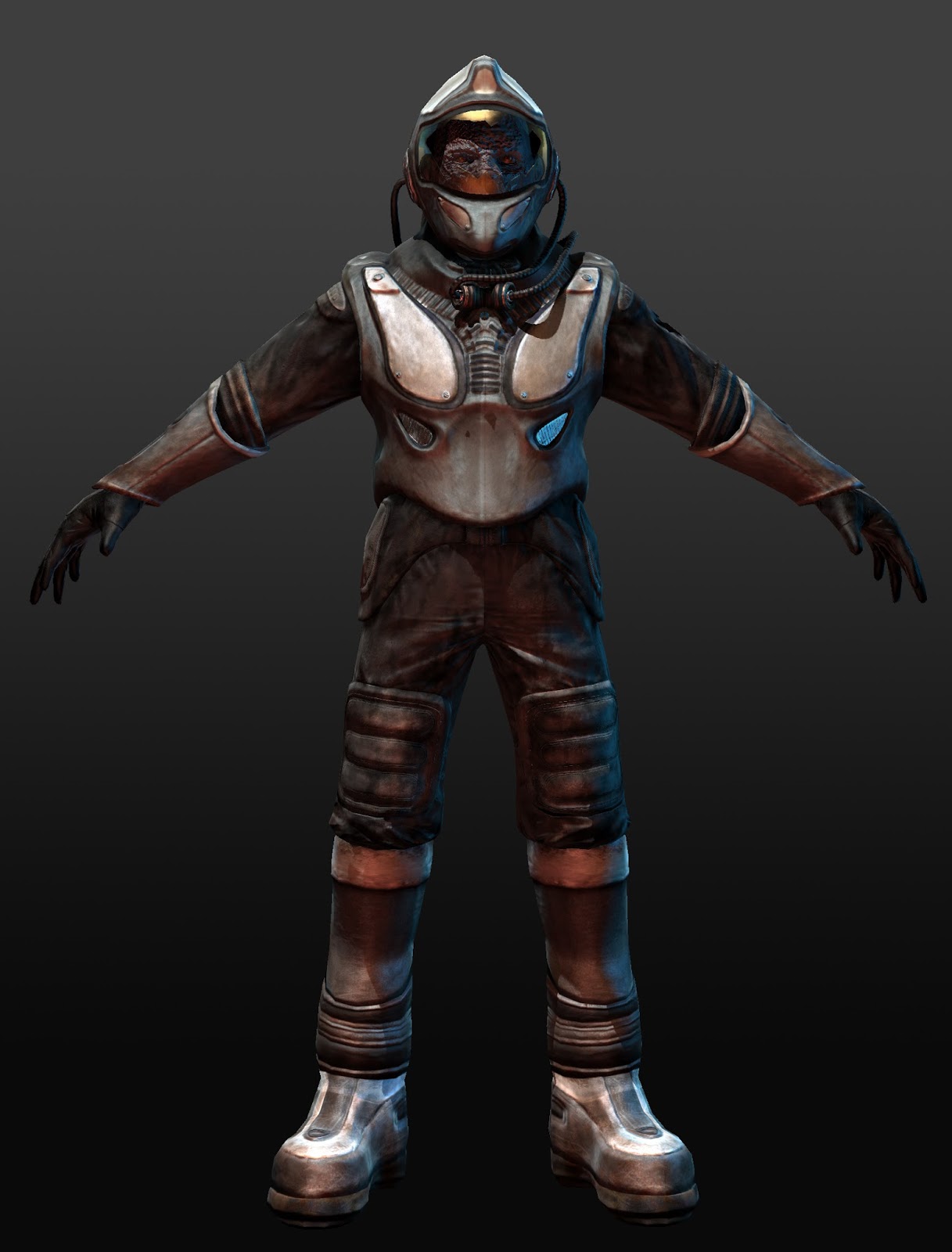 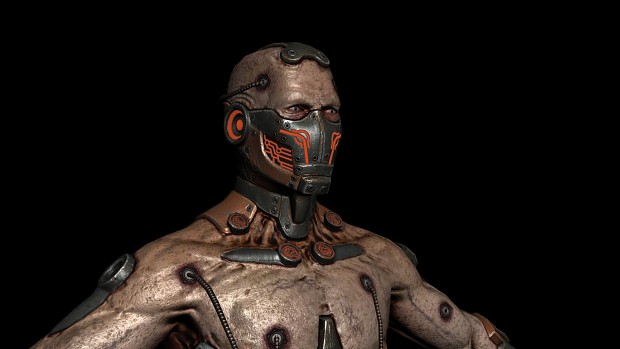 However, animations and programming have been an issue for us recently as we do not have either an animator nor a programmer on the team at the moment. So if your an animator or programmer with the time to spare and are willing to work for royalty send us a message.

Another major plus point has been the development of the story, especially in the last few weeks. We have made great strides in adding substance and much needed narrative to the world of Solarix. This is all due to the tireless efforts of our writer William, who has worked tirelessly to give the characters life and to give the story a much needed purpose.
Creating an engaging narrative with rich story telling within a beautifully complex world is what we are striving to achieve.

We knew we are on the right path (with regards to story & dialogue) when last week we received no less than ninety applicants for our four main roles within the game (Betty, AMI, E.Y.E and Gregory Hart). This gave the whole team a huge boost to receive so many applicants. It has taken some time to organize a process to make sure every applicant is given the time and materials needed to perform & so far the results have been brilliant. I can't describe the feeling of sitting down with my headset listening to hours of sound files until I hear that one voice and the light bulb goes off in my head and it brings the stupidest, cheesiest grin to my face ever...
I haven't even had time to touch upon the music being created by our composer Eddy which is fantastic. I am personally so pleased to have an original composer on the team who is also a gamer at heart and understands the subtle differences a key change or a tone can make to a scene.

During the month of September we hope to add more content to the website including concept art, new character models and maybe a few guest blog entry’s from some of the other team members discussing their roles and what challenges they have faced so far.Stay tuned for more.