Posted by CorrectureGames on Apr 5th, 2020

Progress towards version EA.0.26 has been fairly good this week. There are some things that I had hoped to have finished but haven't, but also some things that I was going to do later that I've instead been able to implement now. So all in all I should be able to finish the items on my todo.

I've started adding in more decorations, this week with focus on a sort of pedestrian path way type that can be used to cover up and hide areas or items such as road or vactracktubes. 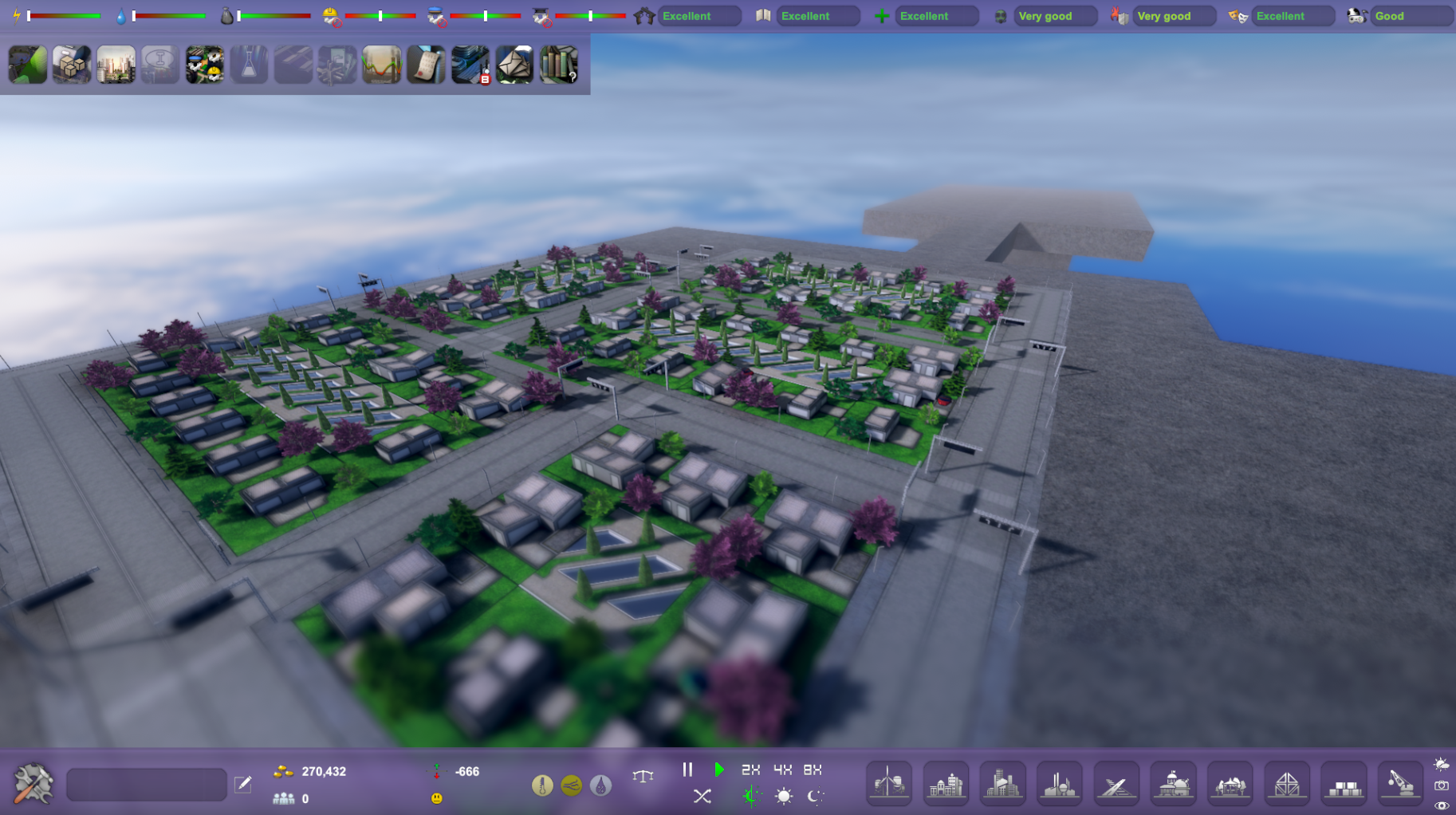 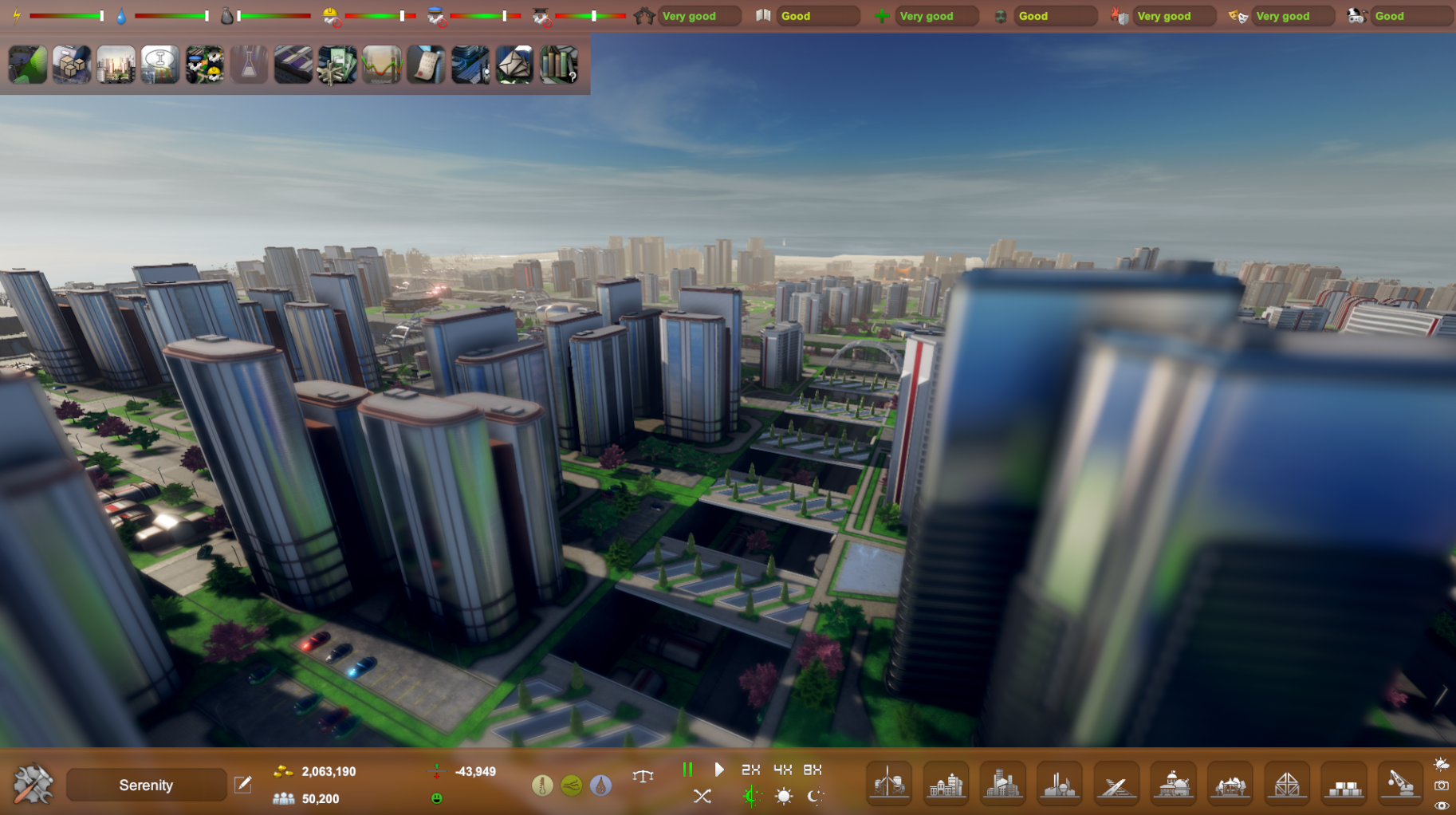 I've rewritten parts of the consumtion system to adapt to a change in the building information panel. Before, only information about a resource that is missing would be stored, but now all information is stored instead. The way calculations work is also a bit different. The next change to consumtion should also be finished before the next version goes live. Currently, all consumtion is done on a first come first serve basis. So for example, if you only have enough cereal for half of your residences, half of them will have 100% and half will get nothing. This will be changed so that consumtion is evened out between all consumers. Same thing will go for labour, to avoid certain businesses going completely without labour. 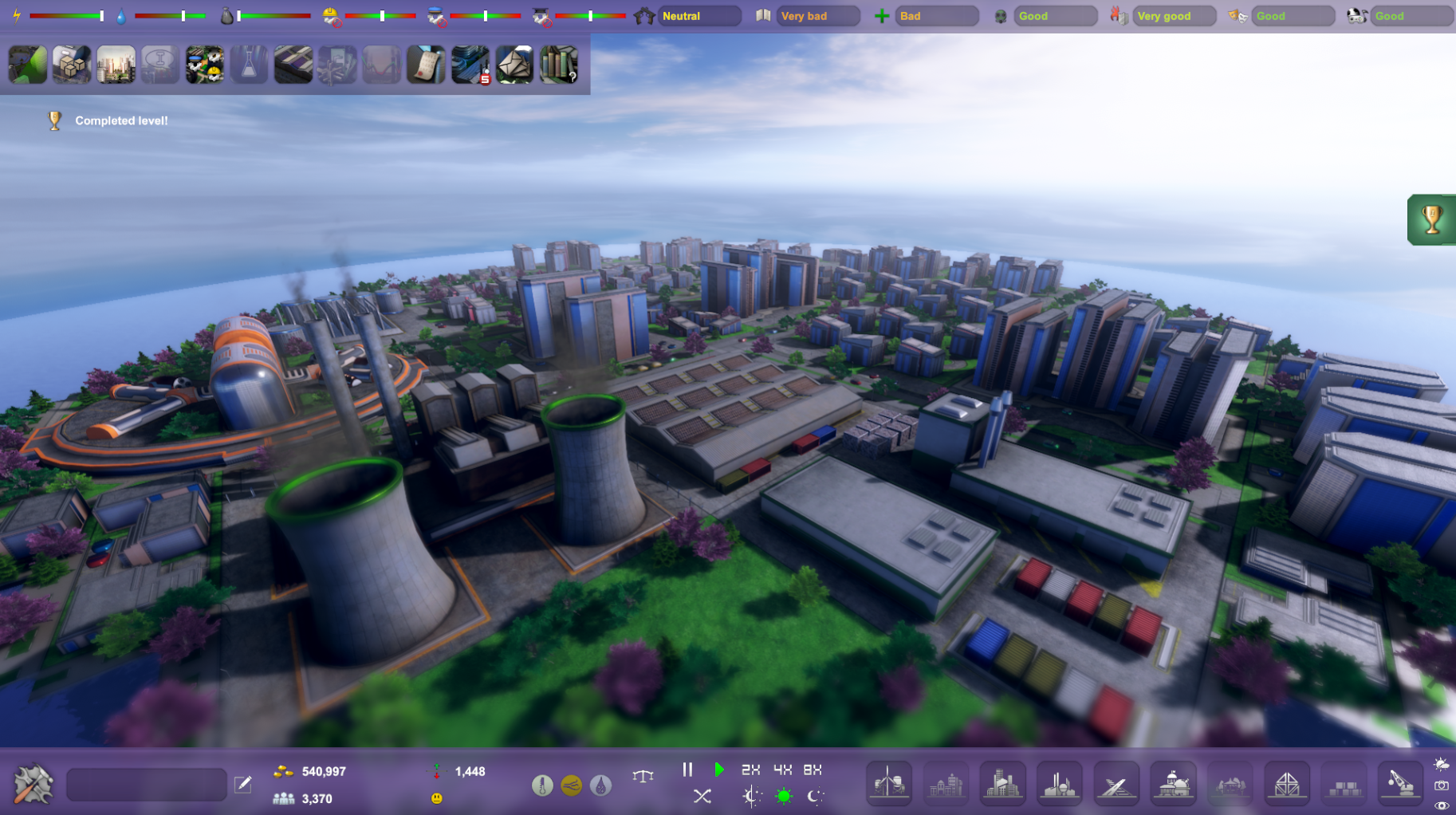 The new building info panel is almost finished. At the moment most of the missing items are displayed as either 100% or 0%, because of the way consumtion works. After this is changed, the panel will start making more sense and will be more important in keeping an eye an what your citizens lack. 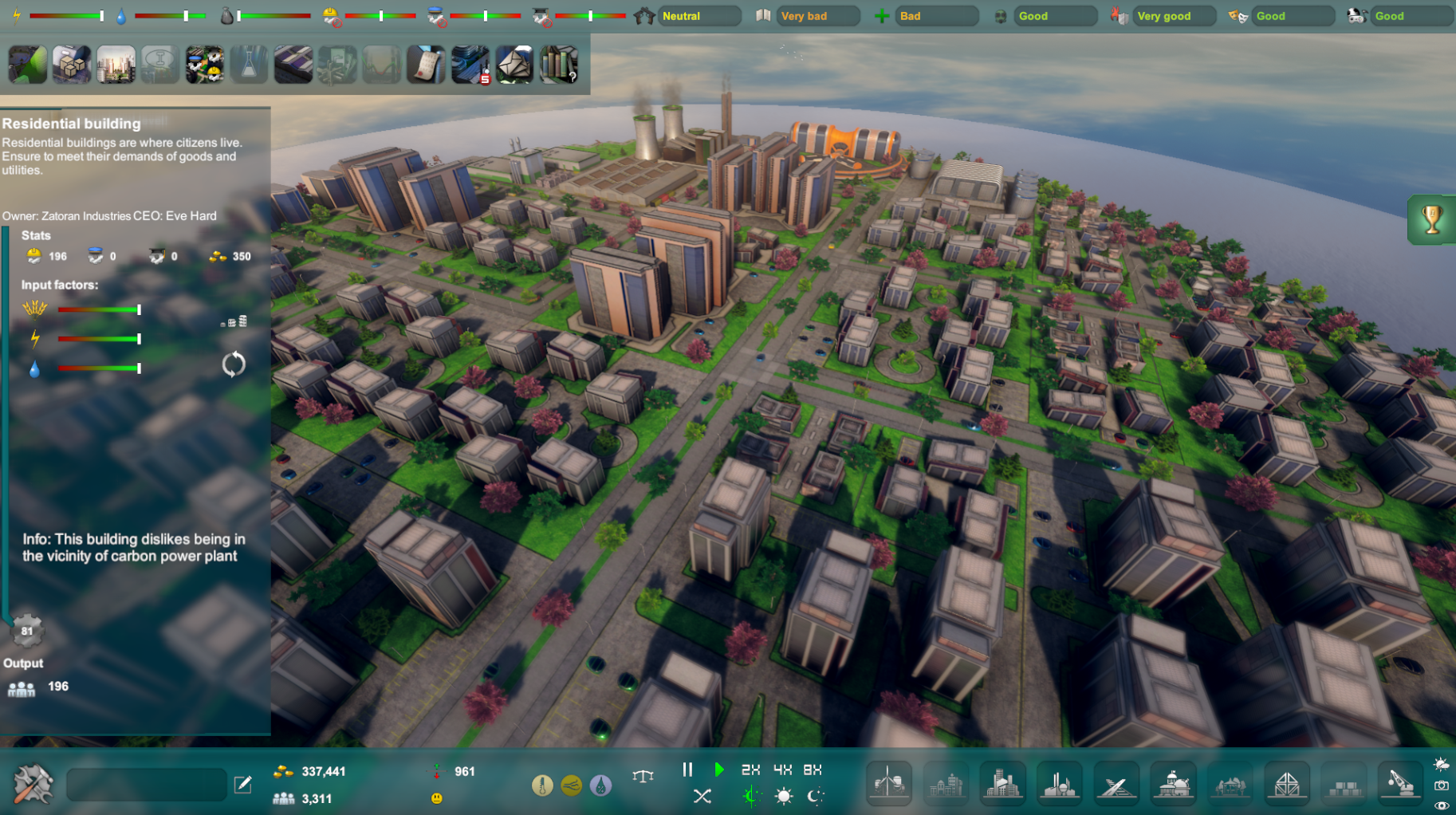 As can be seen in the previous pictures, I've added an option to change the UI color. Other QoL improvements include a speed setting for camera movement, fixed keyboard camera rotation and faster scroll wheel zoom/move speed.I'll be getting some more work done on camera movement and camera movement tutorials.

Some changes will involve removing some of the less useful movement schemes to make movement more streamlined.

I'm also adding in more entertainment and culture buildings. Following the theatre and stadium last update, this update will see the addition of a pub, botanical garden and hopefully also an indoor stadium among other things. 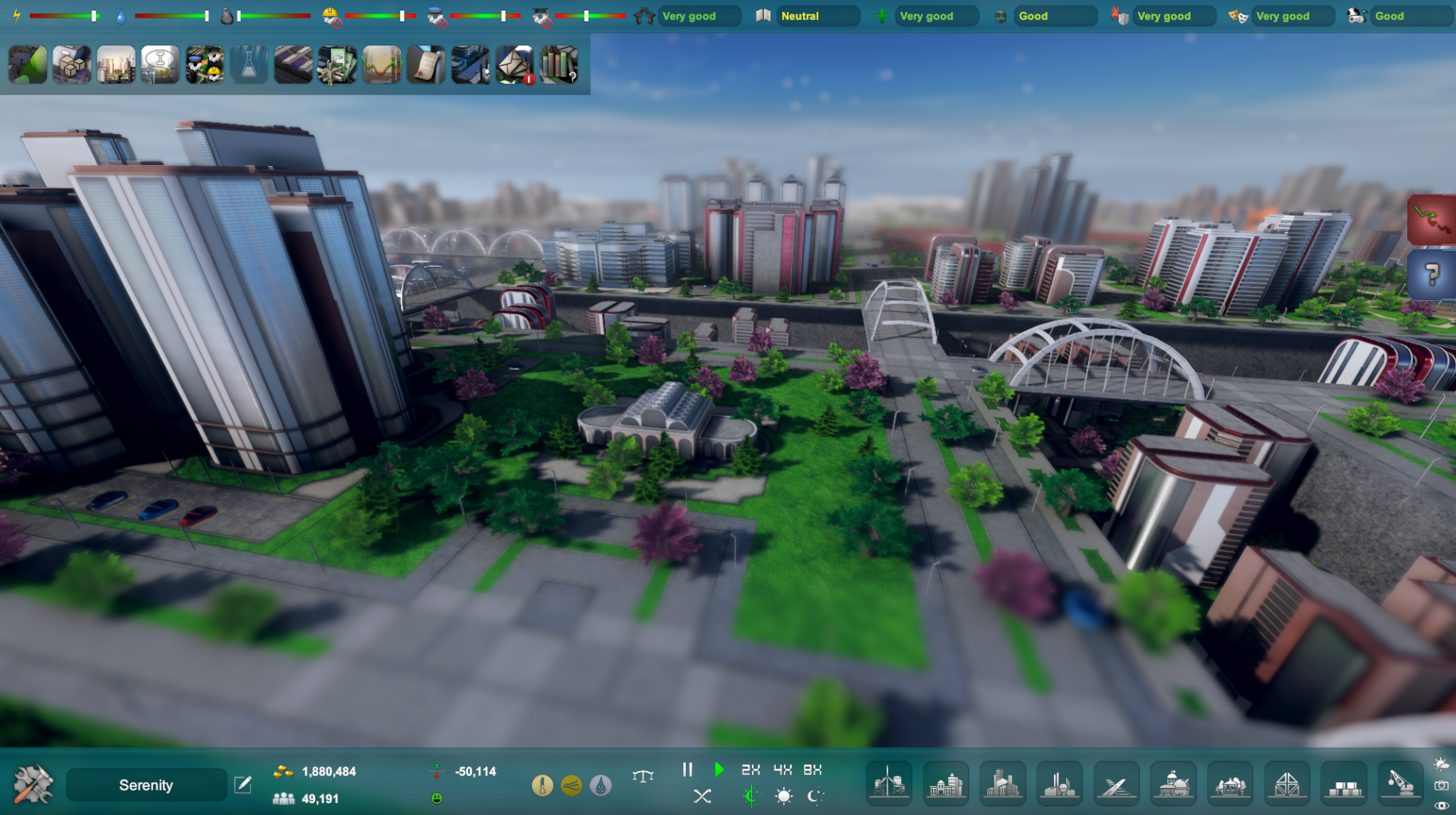