You can now opt-in to NS2 Steam Betas and help us find bugs before each patch goes live.

This past weekend was huge for NS2, with the ESL European Launch Tournament exploding in front of 48,221 unique viewers and a peak of 4,037 concurrent viewers.

However the most important part of NS2 development, and the part we never lose sight of, is improving the game itself. That means fixing bugs, improving balance, adding new features and generally spit shining wherever the game does not yet shine.

That was ok during Beta, as the entire community would come together and help us fix the build as quickly as possible. Now that NS2 is released, we need to be more careful. To that end, all our new builds will be released as a mini-beta on Steam. We hope that a small percentage of you will choose to beta-test these builds, to help us spot big bugs before new builds before they are released.

Do not proceed to follow the instructions below if you wish to play NS2 normally. Beta server capacity is extremely limited and you may not be able to find a server in your region. If in doubt, do not opt-in to the beta.

Only opt in to the following beta if you would like to help us test for major bugs. The beta period will likely be between 24-48 hours. To opt-in, follow these instructions:

Participating in the Betas 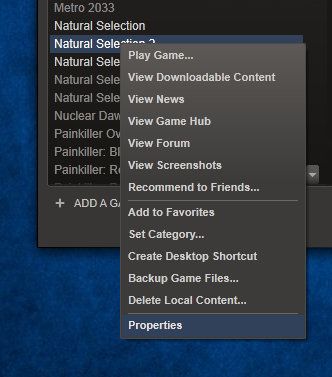 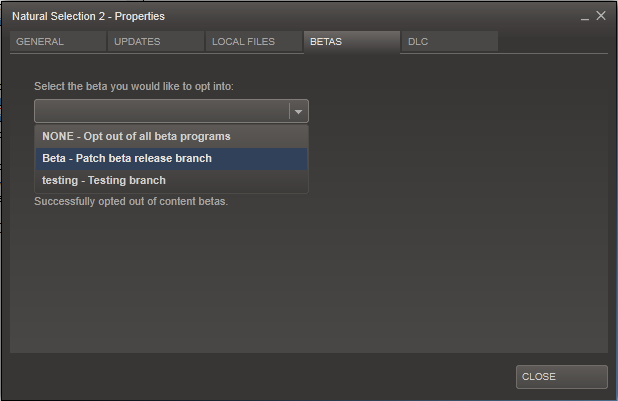 Remember - Beta server capacity is extremely limited. Your gaming experience may be suboptimal if you opt into the update beta. Only opt-in if you wish to test for major bugs.

If you do opt-in, we request that you report any major bugs in the following comments thread.
An example of a major bug would be 'I used to be able to run the game, but now I cannot even see the main menu.' Or 'I am now unable to click anything in the server list.'
More minor bugs, such as small graphics corruptions, stuck spots, or small problems with game mechanics, have probably already been logged by our internal beta testers. It is the nature of game development that many small bugs will not be addressed in this patch.
Please do not comment on balance, the purpose of this pre-patch-release beta is not to consider balance changes.