Our third dev blog looks at how cover works in Broken Lines. Cover is a vital mechanic as it helps your troops survive enough the toughest of fire-fights! 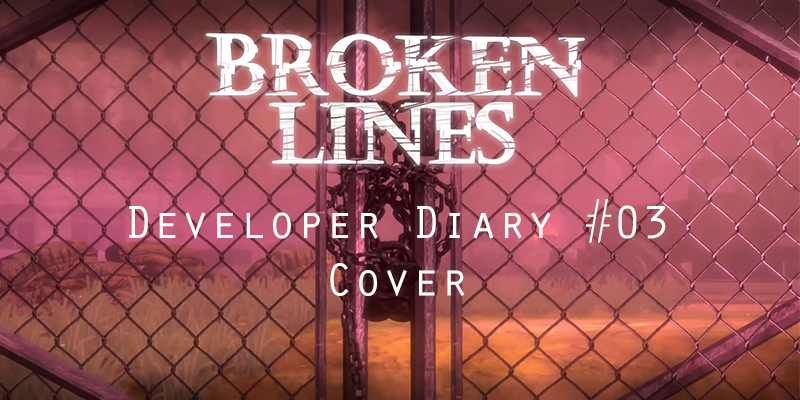 The third Broken Lines developer diary is here, giving you an insight into the game and how it works.

In our previous entries we covered:

For this entry, we’re going to look at how cover works in our game. Though it sounds simple, the cover system is quite deep so understanding how it works will be vital to your success in our game!

So without further ado, let’s dive into it!

No matter how you play the game, at some point you will find yourself in a large shootout situation against multiple enemy troops - they may even outnumber you.

When this happens, you will quickly discover that using cover will be vital to keeping your squad alive.

To keep things interesting, we’ve designed several different types of cover. Some of them are solid structures that provide you with a big defensive bonus, while others are much weaker and can even be destroyed.

When you are moving your troops in the command phase, if you hover over an object the resulting tooltip will show you just how effective the object is as cover. The information displayed shows you the maximum reduction to enemy accuracy, as well as the damage reduction from explosives such as grenades.

Moving to cover is quite easy. During the command phase, you simply move the ghost of the troop to an object, if the object is a cover object, it will highlight in blue. 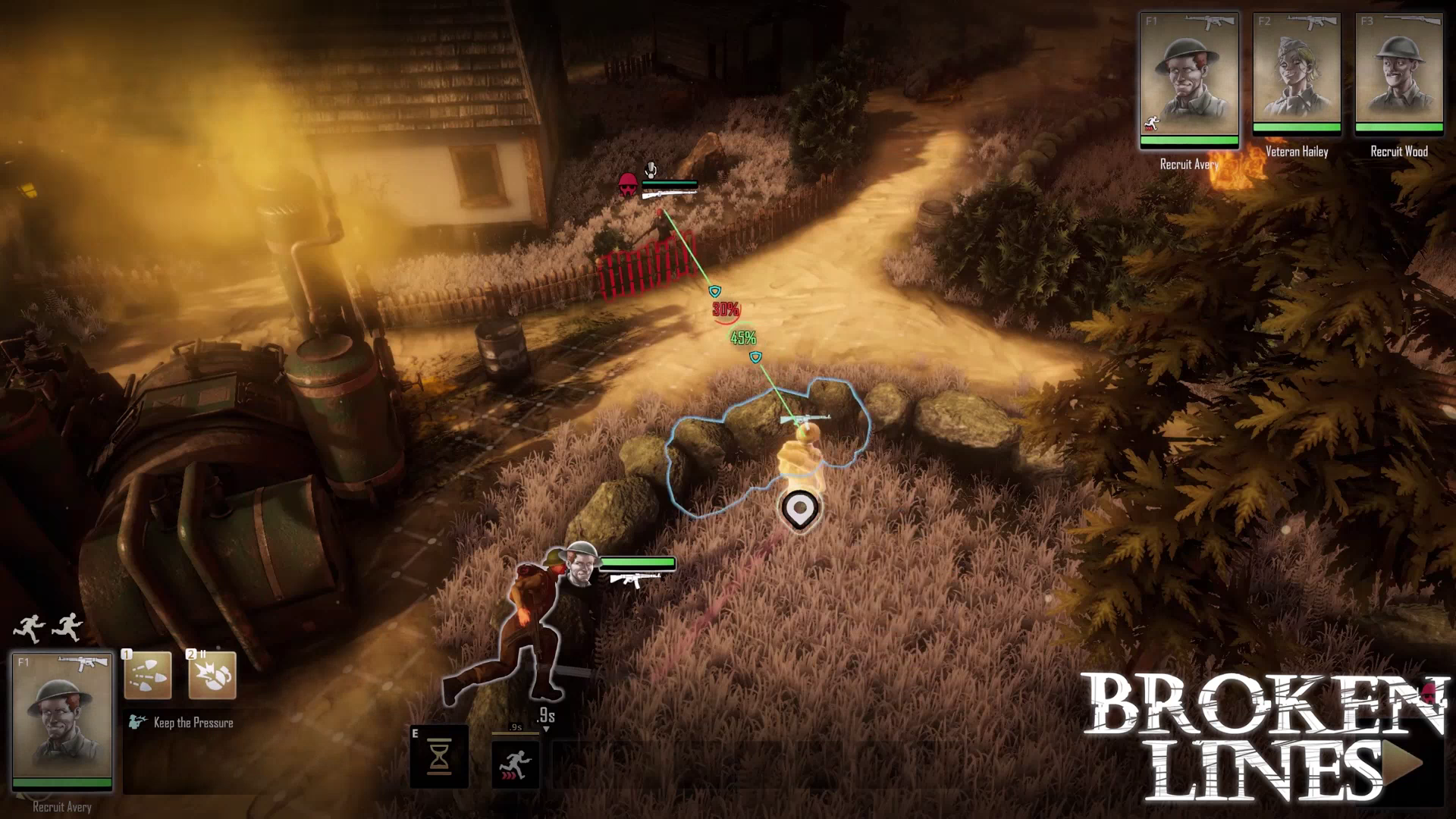 What’s more, the line of sight indicators will display a blue shield to show you which enemies the cover is protecting you from. It also shows you if the enemy is in cover.

Though it is best to stand right next to a cover object, your troops do not need to be standing right behind it. This is because cover will protect you from a range as well. Just be warned that cover will lose effectiveness the further away your troops are from them.

One last thing about cover and distance. If your squad member and an enemy troop are standing very close to each other - for example simply on opposing sides of a sandbag wall - the protection effectiveness drops and both sides will take more damage.

Enemies that use Cover

Each enemy troop has its own behavior which dictates how they will fight in battle.

For normal movement, the AI will navigate the terrain by looking for cover as ‘stepping stones’. However, when they are engaging you, some enemies (the aggressive type) will charge forward - almost recklessly, while others will hold a defensive line and move to the best cover possible.

Watch out for the charging enemies as though they will take a lot of damage, if multiple enemy units get behind your troops, things can quickly get ugly!

We mentioned earlier that some cover in the game can be destroyed.

Fences and other wooden objects such as carts are flimsy and even regular bullets will destroy them - explosives such as grenades will quickly destroy them as well.

Next up, we have sandbag walls, these are stronger than wooden fences, however, they too can be destroyed if enough grenades or other explosives are thrown on the.

Finally, we have the solid objects - cover that is made of stone cannot be destroyed.

Be sure to memorize this otherwise you may have a bad time!

If you ever need to destroy cover the best way to do so is by using explosives (like grenades). If the enemy is behind a wooden object, then suppressive fire from an SMG will also make quick work of the cover!

This brings us nicely to the end of this dev blog. With the information in this edition, along with what we told you in the Combat breakdown, you should be able to tackle almost all situations in the game!