In contrast to the other game modes in Brick Inventions, the multiplayer mode is more strategy oriented. In this post I explain the multiplayer in detail as well as all the new things I've implemented in the last months.

How the multiplayer works

Those of you who have been following the game since its early days might remember how the multiplayer works. The basic idea is that (depending on the game-mode) every player has a crown which he has to protect. To win the game, the player has to shoot down the crown of his opponent. Therefore, you have to build defences and weapons out of blocks.

At the beginning of the game, each player has only some wood and stone which are the weakest materials in the game. In order to get more and better resources, you have to build producers. These must be placed near the resources which are randomly generated around the crown (actually, it’s an algorithm that determines fitting positions). These producers can be upgraded which improves the production speed.

Besides a producer for each material, there are a number of special blocks for the strategic multiplayer mode. These blocks can only be placed on the floor and don’t have physics. Here’s an overview:

Then there are special blocks that are available in every game mode. Like all standard blocks, these blocks have physics and can be placed everywhere:

If you compare the multiplayer mode today with how it was about a year ago there have been several changes.

First of all, I removed the conveyor belts together with the whole transportation mechanic from the game. The reason for that is that after several test games I came to the conclusion that I looks nice but it doesn’t really add something to the game. It even made everything more complicated, especially if you have just started to play the game.

Next, I added resources-objects to the floor which adds a little bit of randomness to the game and prevents players from building all the producers at the far end of the playing field.

Previously, I’ve added numbers to the sides of producers and other blocks which gives a better overview.

Besides the crown defence mode, there is the tower construction mode in which the players have to build towers of a specific height. Once a player has a tower that is high enough, he has to defend it for 2 minutes in order to win the game.

I’m planning to add a special version of the crown defence game mode in which you have unlimited resources. To prevent players from spamming things, there will be a block limit for each player. In addition, there will be attack and construction phases so that you have to plan carefully how to deal most damage during a small time window.

There are also plans to implement a 4 player multiplayer map (1v1v1v1 or 2v2) but that might cause problems on slower internet connections as the synchronization of blocks generates much traffic when there are many blocks moving at the same time.

Besides the competitive multiplayer there is of course also the multiplayer sandbox mode where you can build and do whatever you want. 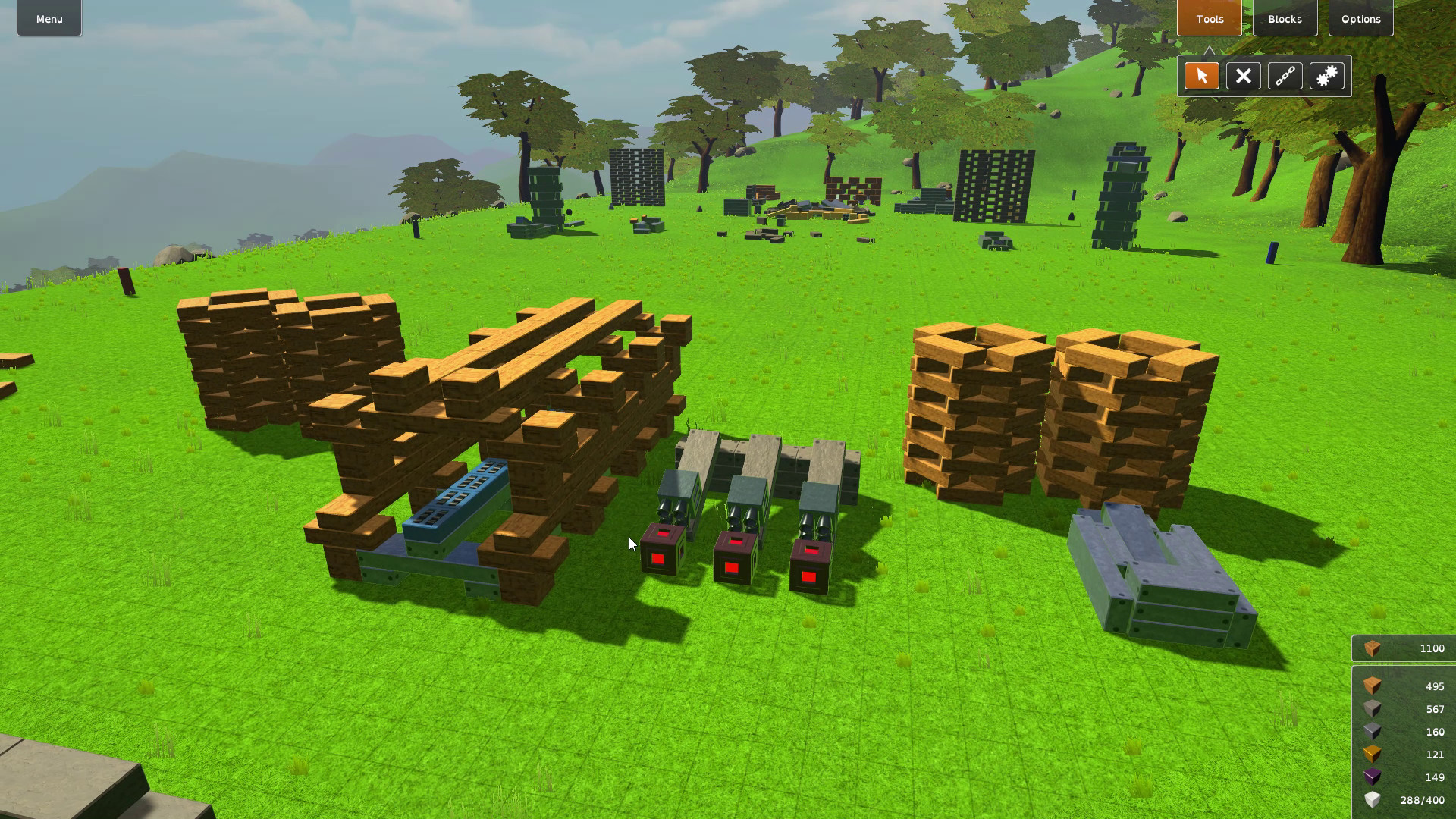 I’m still working on the singleplayer levels while improving smaller things and fixing bugs. After that I will continue to work on the Steam integration which I hope won’t take too long. I'll post more news regarding the beta in the next weeks.

do you need help with the game models? BTW the trailer looks more like tutorial more then prasantic of the game

The idea behind the video was to explain how the multiplayer works so it wasn't really supposed to be a trailer. But you're right the video is maybe a bit too tutorial-like. (There will be a new trailer, probably next month)

Currently, I don't need help with the game models, but thanks for the offer :)

when the game alpha or beta will come out?

Beta will start in October, however there will be limited access to it. Besides that, there will be a (new) demo version on Steam to try the game out.

I think this game looks great! its sad that its not THAT popular
like SRSLY this looks better than FNAF in my opinion

I have also been using unity for awhile and I'm not this experienced. looks great dude!

Thanks! Though I think you cannot really compare the game to Five Nights at Freddy's (if that's what you mean with FNAF) as it's a completely different genre :)