The website is live as well as the trailer for the first game from Blue Horizon Studios!

Blue Horizon has been created so the player is in a large open world environment.
With each part of the game although separate can be explored without the player noticing.

Caribbean World
There is only one level. Always view able on the horizon.
Initially consisting of 8 Islands, the player must discover each location in order to explore it.
Locations can be discovered by talking to NPCs (Non-Playable characters), or following maps found.
Once a location has been found it can be traveled to and from using a ship.
Tropical Islands with Towns, villages, forts, dunes, caves, caverns and forests all lay in wait for the player to find and explore.

Inventory and Items.
Weapons, Items and Currency are found laying around, in containers or purchased from shops and peddlers, looted from enemies, or given as rewards for completing tasks previously given. Keys are required for some doors too.
Weapons are currently melee and cannon emplacements.
Equipment can also be equipped in the left hand such as the Lantern for seeing in dark caves.
Provisions are needed to restore health, enhancement items can also be found.

Tasks
To progress, one must complete tasks given from NPCs or from instructions found.
The NPCs will be grateful, whether they are for the main quest or side missions.
Tasks may involve collecting, farming, constructing, slaying or completing another task.

Enemies
There are dangerous islands, and relatively safe islands.
Unique foes await, be they Pirates, animals or strange creatures undead and non-human.
Some enemies are weak, some are strong and have various short and long range attacks.
Some individuals you encounter will be docile until provoked, in which case they may attack as a group.
Enemy ships can plague the player too. Captain Bloodbeard's ship is the main aggressor.
Bosses await to complete the main story line. 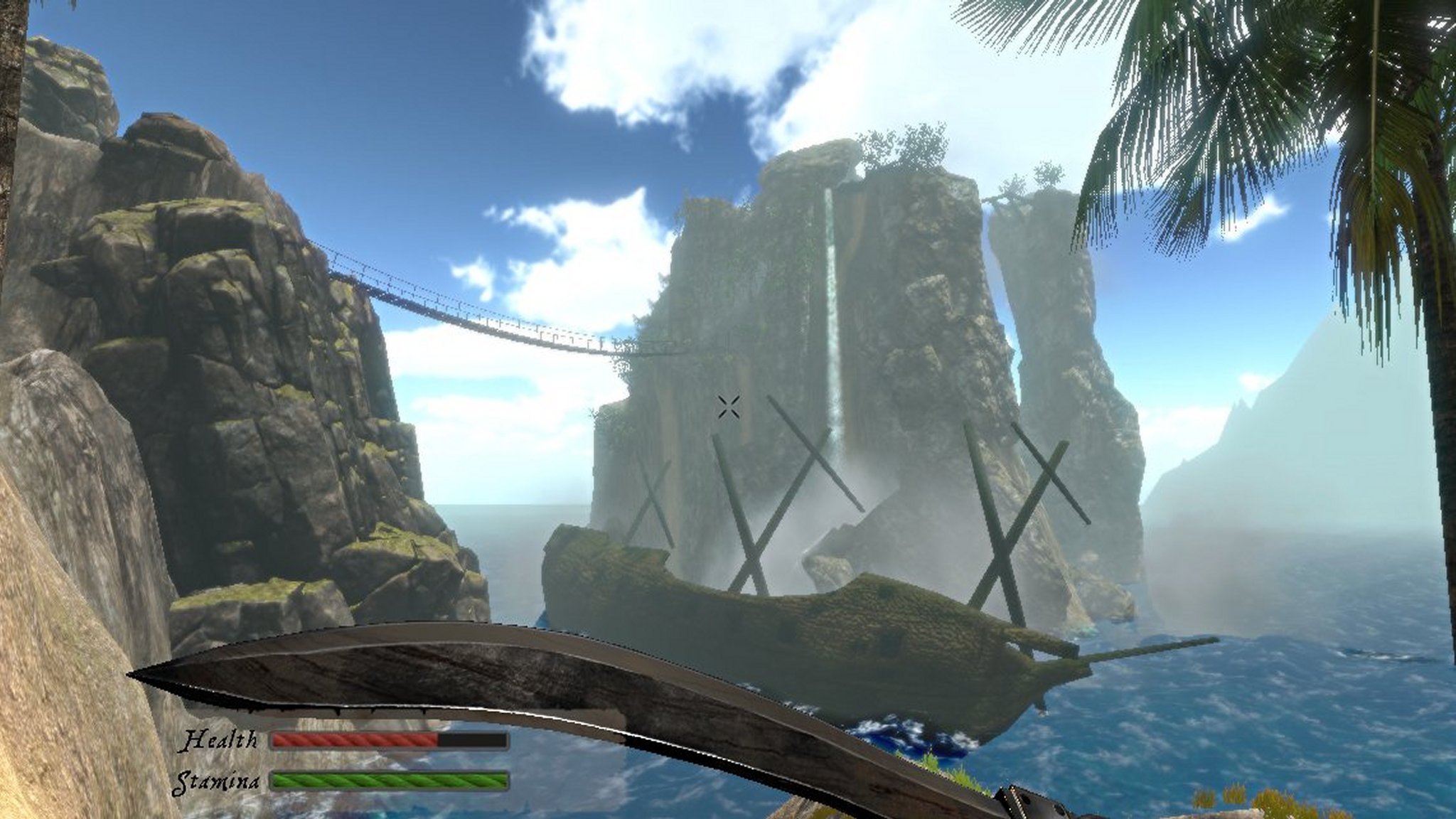 Wow, this looks great so far. Keep up the great work, guys.