Created terminals that ensures the player never loses a level.

A thing I wanted in Retool was to make a player never restart a level if they were shot. I was going to create an in-level save system that would save the player progress automatically, but I found it not to fit in with the story of Retool (and because I couldn’t figure how to code this in Unity). I then came up with the brilliant idea of creating a copy of the player and letting the player continue from there. I didn't want them to start from the beginning so I decided to create 'terminals'. These terminals allow the player to save a 'copy' of themselves so that whenever they die, the machine will create a new copy of the player and they can continue from there. I also made sure that there is only one terminal that can be active in the game. The player can hack other terminals during the game to activate them, which will deactivate the old terminal. Now this means the player never has to restart a level (or lose a level).

Also, I created blood effects that, in my opinion, look good. I just create a new projector every time I need to create some blood splatter. To make sure that there are not too many projectors during runtime, I just put a simple timer that destroys them after some time.

Images below to give you an idea of the cloning system. 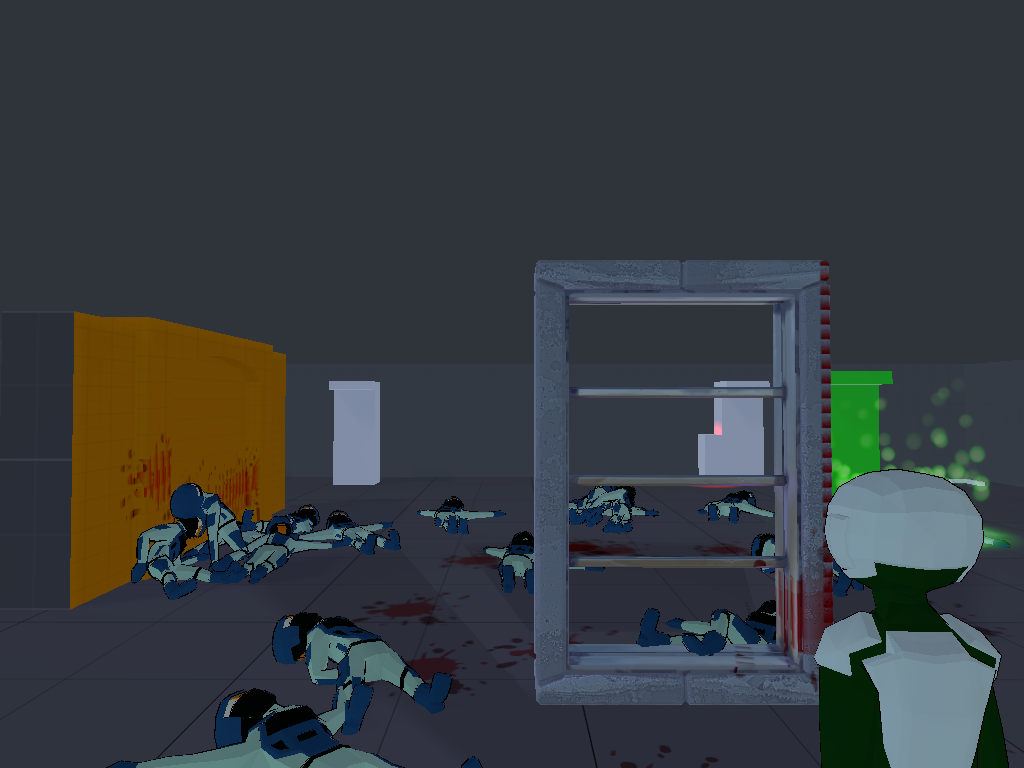