Blood and Iron, a Franco Prussian war mod for Napoleonic Wars, has been released. Get it today. Download links below. 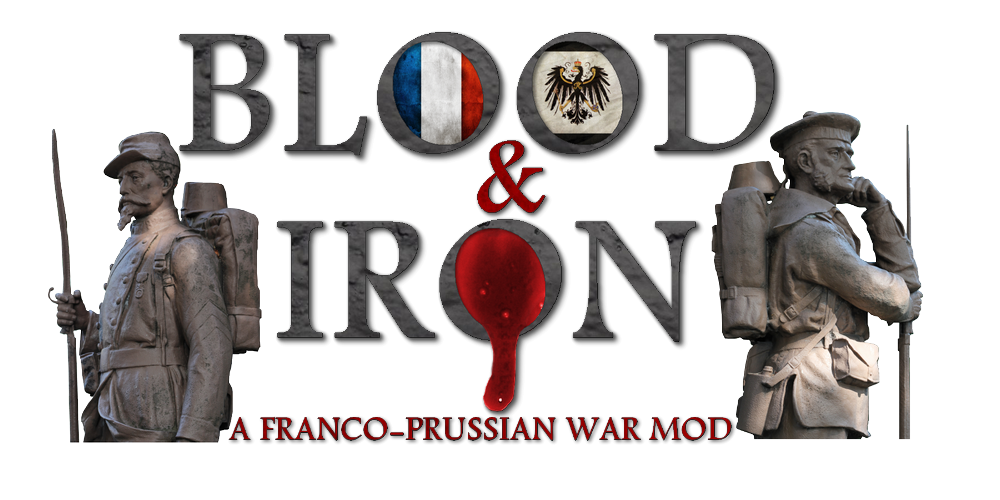 The Franco-Prussian War was the largest and most important war in Europe since Waterloo, changing the face of the continent for the next fifty years. Having already defeated Austria in 1866 as part of his continuing plan for the unification of Germany, the Chancellor of Prussia Otto von Bismarck engineered this war against the France of the Second Empire under Napoleon III. The contrast between the efficient Prussian war-machine under Helmuth von Moltke with the shambolic performance of the French Army shocked all observers. Within a matter of weeks, the Prussians and their allies had won a series of spectacular victories, leading to Napoleon's abdication and the establishment of the French Third Republic, followed by the Siege of Paris and the abortive revolution of the Paris Commune. In 1871 a unified Germany dominated by Prussia was proclaimed, eclipsing France as the leading power in Europe, and leaving a legacy of rivalry and hatred that was not finally resolved until the end of the Second World War.