Blacksea Odyssey, a shoot ’em up about ripping massive space creatures to shreds, is now live on Kickstarter! 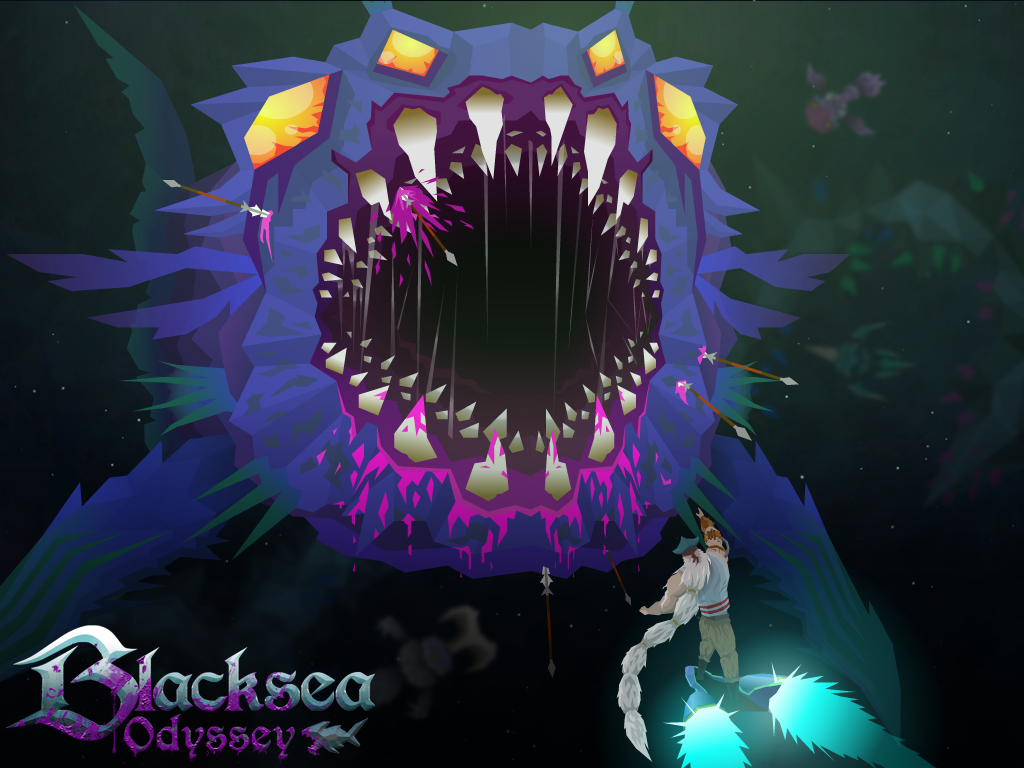 Enter a vast chasm between space and time brimming with colossal creatures and runic technologies. May the greatest huntsman survive.

Once a decade, the greatest huntsmen in the universe gather to compete in a legendary tournament known as the Blacksea Odyssey. Armed with only a spear and a harpoon, hunters must battle against creatures of colossal size and unimaginable terror. Using wit and skill, the huntsmen must identify the weaknesses of their foes in order to exploit them or die trying. Steeped in blood, ancient treasures, runic technologies, and a madness that wills them to enter deeper into the black abyss, these huntsman compete for a chance to claim the ultimate glory of facing a creature of such magnanimous size and insatiable ferocity that its wingspan has been said to stretch across galaxies while it’s breath consumes black holes; the Titan of the Stars! But does such a great huntsman exist… 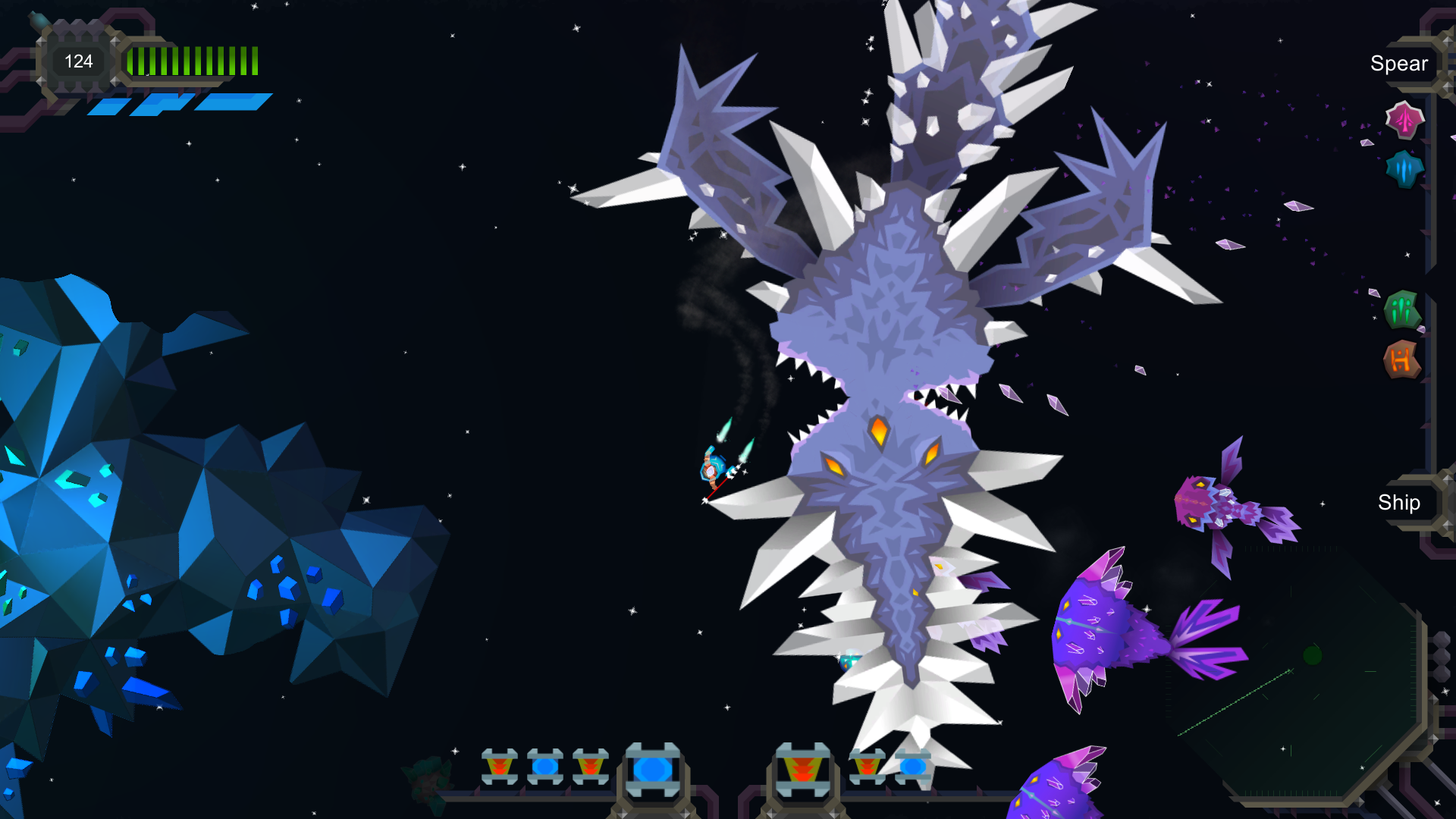 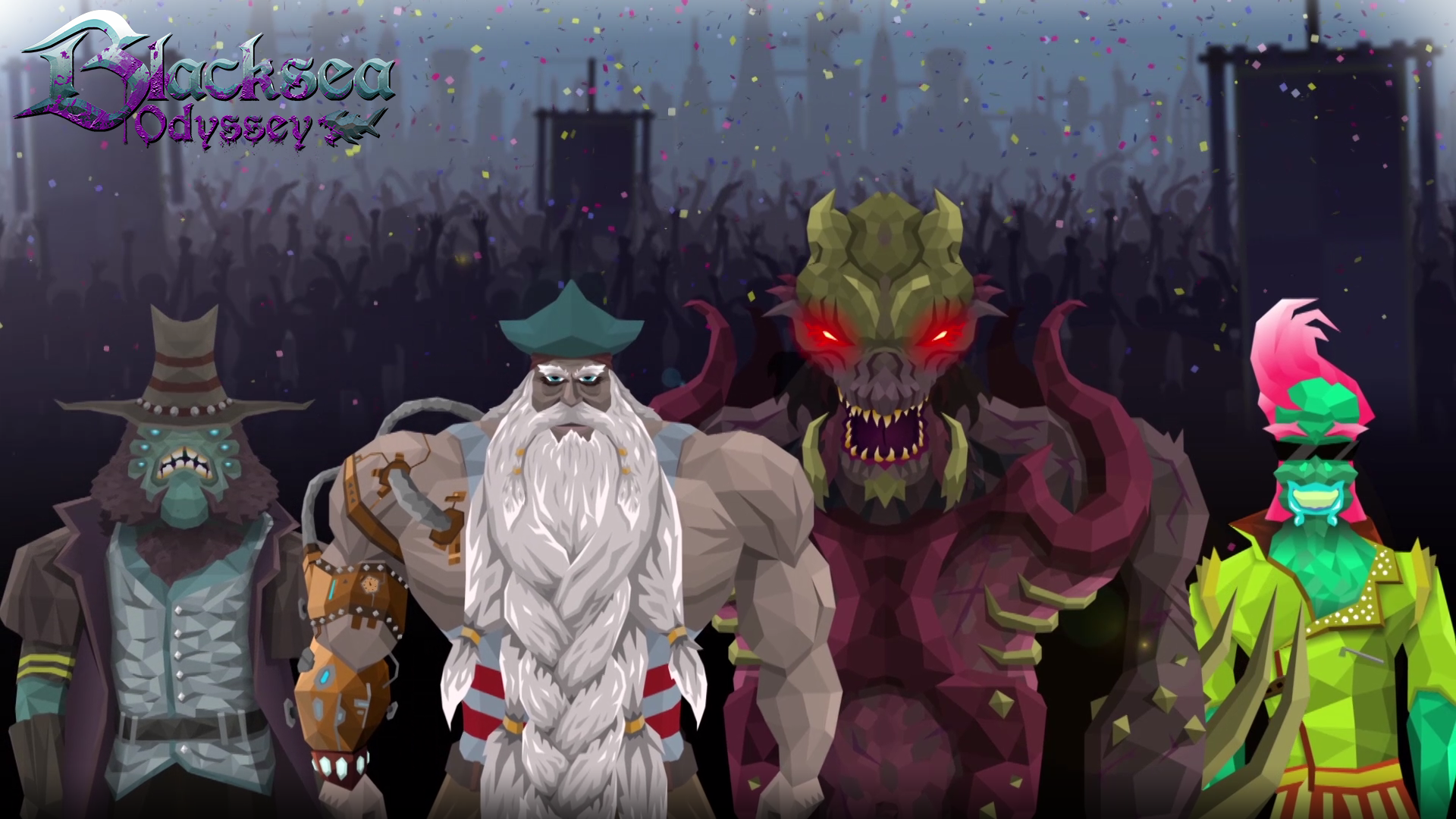 Spear – The spear serves as your primary weapon and damage dealer. Four rune slots are engraved into every spear’s hilt. There, depending on the runes you have discovered, you can modify your spear to behave drastically different. Would you like to be an aggressive damage dealer with an emphasis on short quick bursts of fire? Or a sniper with magical enchantments focused on utility and long range combat?

Harpoon – The harpoon is your secondary weapon and prime source of utility. Use it to eviscerate enemy creatures by ripping them apart piece by piece as you damage parts of it’s body. Also use it to latch onto enemies as they give you a ride all the while you slow them down with your harpoon. The longer you charge your harpoon, the more damage it deals and the faster it travels.

Evasive Maneuvering – A rechargeable high-octane thruster offers extreme mobility. Depending on how the thruster is used it can behave differently, if timed correctly the thrusters offer a short, medium, or long boost great for out-maneuvering enemies in combat or evading them all together. The thrusters can be enhanced by various ship runes scattered throughout the galaxy. Your thrusters are pivotal to the game’s core gameplay. While the spear is undoubtedly your sword, think of the thrusters as your shield.

Runes – In the deepest parts of the galaxy, mythical enchantments from a time of ages past can be discovered scattered throughout the Blacksea. Huntsman use these enchantments to modify their weapons and ship. Mix and match various rune combinations to create the ultimate weapon. We currently have over 40 runes in the game and plan on having over 100. We expect a total of over a million different rune combinations to be possible by the game’s completion.

For more information check us out on our Kickstarter page here. We hope to see you aboard the Blacksea Odyssey!