Box art for our upcoming title Bionic Dues, as well as the portrait of the Assault Exo that is part of it.

Thought you might enjoy seeing the box art for our upcoming title Bionic Dues, as well as the portrait of the Assault Exo that is part of it. Cheers!

Bionic Dues is a tactical turn-based roguelike featuring "Exos" -- basically legless mechs that hover around. You play as one of six characters, and you remotely pilot any combination of four Exos pulled from six classes: Assault, Sniper, Science, Siege, Tank, and Brawler.

The premise of the game has to do with these Exos. You were an ordinary citizen in a futuristic city... that was, naturally, taken over by robots. People still live in the city and try to go about their business, but frankly it's dangerous with the robots all around, killing people and causing other problems. But the expense of moving from the city is way more than a regular person can afford. And the common people can't even afford the bionic implants that would let them better defend themselves from the robots! Sheesh. But good ol' corporations have a deal for the citizenry: they'll give you bionic implants for free, so long as you do a tour of duty in the city, trying to wipe out the robots. 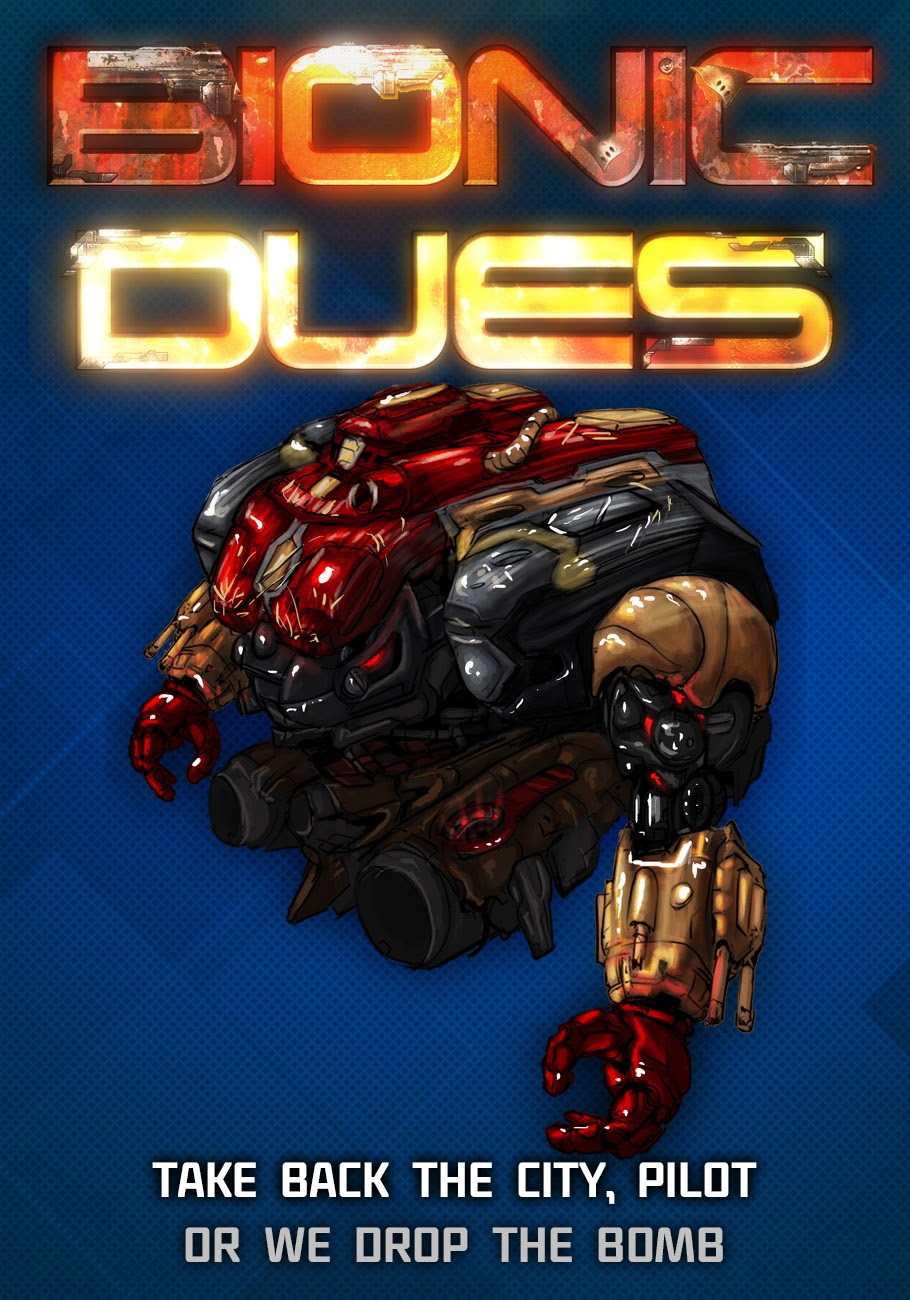