Post news RSS Big things ahead for our tycoon

One of the biggest changes since the last update is that I can now say “we” instead of “I”, since earlier this year Edvin Aedma, one of the guys who delivered the indie hit Teleglitch, joined the project as a Producer. Also there's a new landing page for the game.

So much has happened since the last update here that I don’t even know where to start. Although I’ve not updated the blog here much anymore, we certainly have been busy and productive meanwhile.

I guess I could begin with announcing the new landing page for the game that we published today, so here it is:

Aside from that one of the biggest changes is that I'm now saying “we” instead of “I”, since earlier this year Edvin Aedma joined the project as a Producer. Edvin was one of the guys who delivered the indie hit Teleglitch and he’s now running a game company called Interactive Fate, which is working on Rogue Ambassador, a space epic roguelite with RPG/adventure elements. It's been an honor to have him see enough potential in my creation to team up and he's been great help.

Together we went over the game design as it was, threw out the parts that weren’t good enough and implemented a new core loop that is much more intuitive and fun, without losing the depth. I won’t deny that it was somewhat painful at first to cut out a lot of work, but it’s for a good cause to have a better game by the end, so it had to be done. Plus I definitely was facing a sort of a tunnel syndrome and failed to spot some glaring problems after working on the game alone for so long. I won't go into the exact details right now, but I might talk about them in one of the future posts. 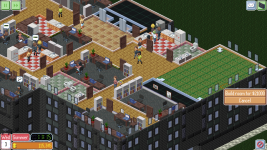 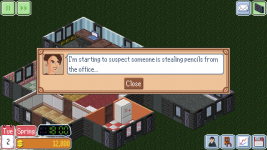 We’ve now come to a point where we’re fairly confident in what we have and are preparing for next steps. Finally releasing a trailer is obviously one of the priorities. The free alpha I’ve been promising for ages shouldn’t be far behind it. I won’t promise any exact dates quite yet, since the timeline largely depends on whether we manage to secure some funding for the development.

If all goes well, we’ll be expanding the team some more too. I’m hoping to bring on an artist to lessen my own workload so I can concentrate more on coding. In the upcoming months my brother Raimo will start fleshing out the storyline for the campaign and there’s also plenty work for a composer and a sound designer. I will announce the names of the persons involved as soon as it’s official.

For comments, advice, inquiries or otherwise post below, drop me an email (riho@tulevik.eu) or tweet me (@tulevikEU).

I'm very glad that you are getting more people to help! Frankly, I forgot about this game, but my hype that I received from first viewing this page a year (or so) ago is rejuvenated.

Good luck on the game! I'm very excited to play it!