Post news RSS Beyond The Destiny – The Libra Star System

In the fourth part of our developers’ diary, we present you with a small taste and description of the BTD universe map, which your character will face.

Libra is a star, located in an unexplored part of the universe. According to the stellar classification, the star is categorized as a yellow dwarf, the same as the Sun. Its diameter and mass are approximately equal to the Sun’s at 1.03 and 0.96 times, respectively. The star’s luminosity is 0.73 of the Sun’s. The star’s age is estimated at 5.8 billion years. The star’s planetary system consists of a single planet Diadon, which is a water gas giant, rotating in an elliptical orbit. According to Sudarsky's classification of gas giants, it is a class II planet located in the so-called "habitable zone". The planet has a satellite, Raynon, which has its own atmosphere. The satellite is suitable for life, with a limited territory to accommodate people. Large deposits of Luxurite have been discovered on the satellite.

Diadon is a water and gas giant orbiting a star Libra. Due to the fact that Libra’s luminosity is less than the Sun, and the gas giant is at a distance from the star 1.2times that of the Earth, the gas giant is in the "habitable zone", which led to the presence of water in the composition of the gas giant, and on the surface of its satellite. 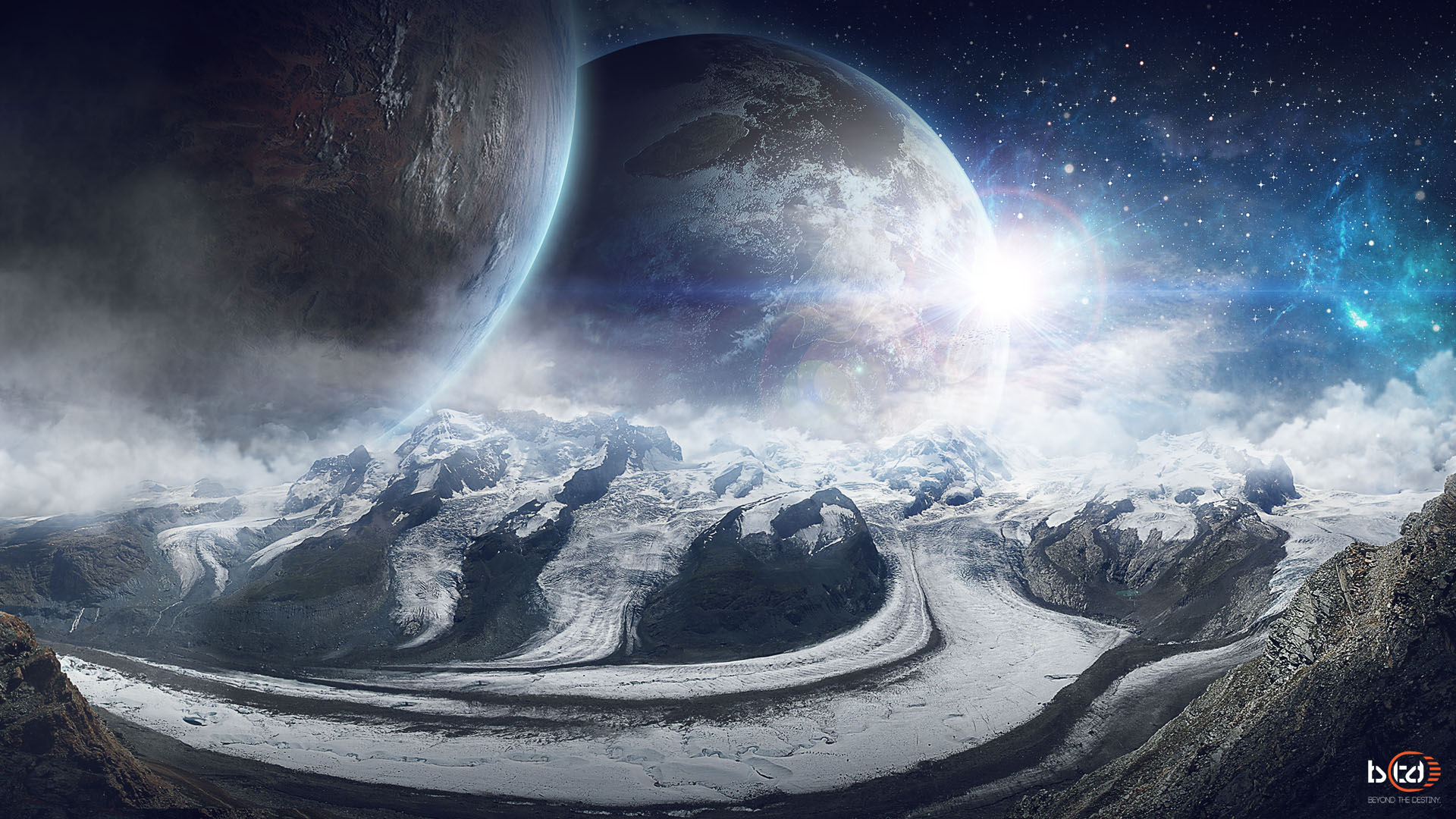 Raynon is the sole moon of the planet Diadon, which is about 60% of the size of Jupiter. The satellite’s diameteris slightly more than 4260 kilometers, the length of its equator is 13320 kilometers, the total surface area is 176 million square kilometers, and the planet's mass is 1.91x1024 kg (0.4 of the mass of the Earth). A day on the planet is the equivalent of 3.4 days on Earth, and it has an accelerated gravitational force of 7.6 m/s2.

Raynon has a stable oxygen-nitrogen atmosphere, suitable for human respiration. The exoplanet’s position in the "habitable zone" enabled the presence of water on the moon's surface. The satellite’s surface is 67%water in the form of ice. It has small areas of vegetation, and two climate zones - arctic and subarctic. The satellite is inhabited by a small number of life forms which reside on less than 20% of the satellite’s surface. Weather conditions on the satellite climate are characterized by low activity, minor changes in temperature and large cyclone formations caused by the proximity of the gas giant which heats Raynon’s upper atmosphere due to its gravitational field. The temperature on the surface of the satellite is rarely above zero. The average temperature on Raynon is about -10 degrees Celsius. During the warmer months, the temperature may rise to +5 degrees.

The satellite’s relief is characterized by high craggy rock formations. The peaks there are tilted towards the gas giant due to the continuous impact of its gravitational field. In some mountainous areas, there are natural anomalies where the satellite’s internal force of gravity is equal to the force of the external gravity of the gas giant. There fore, some of the mountain peaks are floating in mid-air. 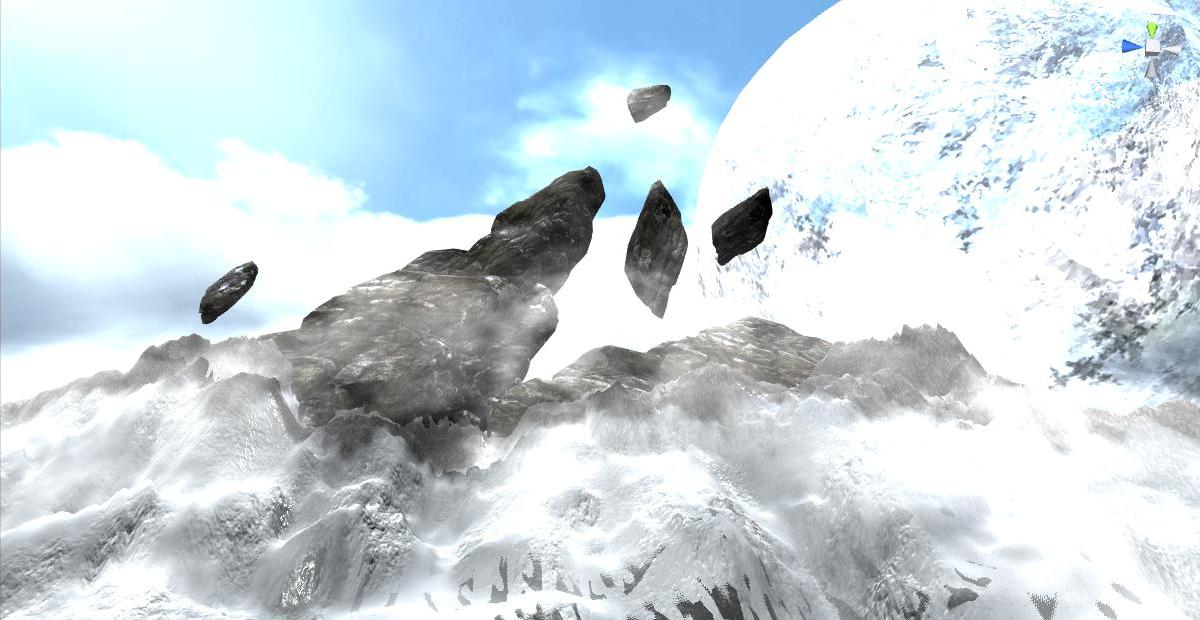 One of the first alien life forms that the colonists were faced with. It is characterized by two pairs of powerful front teeth with a diastema and long limbs. Its thin dark skin means it cannot stand prolonged exposure to the cold surface of the planet. This is why they prefer to live and move about under the snow. These creatures have excellent hearing and eyesight. According to reports, a group of bats can attack people and regularly cause serious damage to our supplies and communications. Therefore, they can be classified as a hazardous pest. 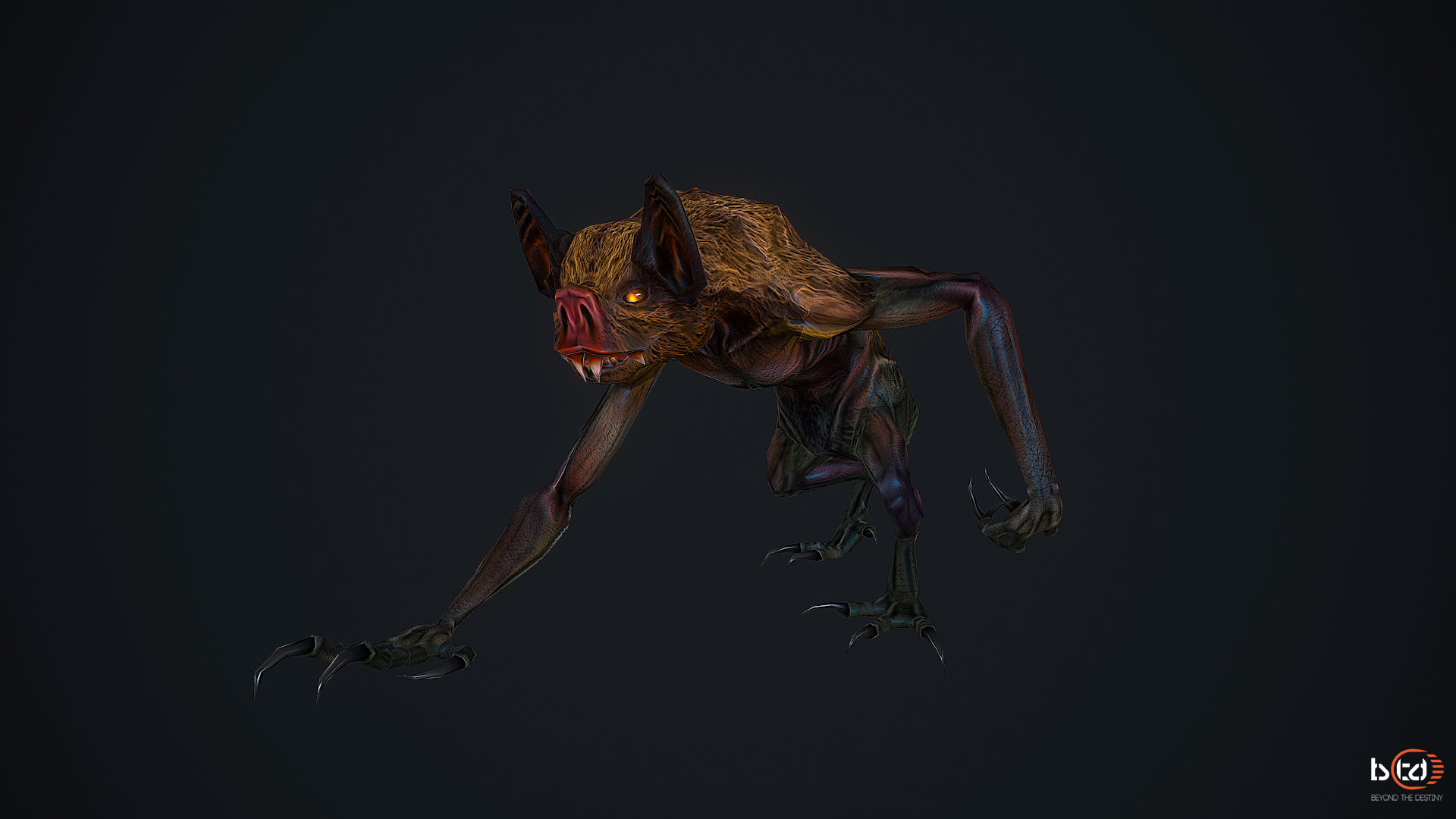 The appearance of these creatures on the planet is in some way connected with the abnormally cold zones that periodically occur near the poles. Our scientists do not yet have reliable information about who they are, how and where they appear from and disappear to after climate changes. Soldiers on military patrols periodically come face to face with these creatures, and testify to their incredible strength and resilience. During armed clashes, they destroyed some of our military vehicles. They used the large stone-like growths on their limbs to wreak havoc.

Yours, the BTD team.