Mightier explosions make for more visceral gameplay. Plus: developing a menagerie of monsters.

In between major releases of Airships, I like to work on things that don't require deep changes to the game's code but make the whole experience better. For version 7.2, I want to make the combat feel more visceral, which of course mainly means one thing: better explosions.

Way back in the early days, explosions in the game were just square white flashes. In version 6.3, I took a first stab at improving this state of affairs. I spent some time studying what explosions in games and in real life look like (nothing alike), and created an explosion animation made of a bunch of clouds lit up by a bright flash:

This looked more like an explosion, but it was frankly still pretty underwhelming. So for v7.2, I've overhauled things completely:

What's changed? The fireball is bigger and more fire-coloured. The light flash is a lot stronger, and enhanced by a slight whiteout flash across the entire screen. Smoke rises from the explosion site and fragments streak away from the explosion trailing smoke and fire.

Finally, there's a subtle screen shake. I wasn't sure at all if I wanted to put screen shake in at first. In general, I find it really annoying when games mess with your ability to see what's going on. But in practice, a quick and relatively gentle screen vibration doesn't bother me at all, and in fact really drives home the feeling of there being a big explosion. Still, I'll put in an option to turn off screen shake in case it causes eyestrain or motion sickness for any players.

So what else is coming in v7.2? I want to smooth out some crew animations, fix a raft of bugs and misbehaviours, and add some useful shortcuts like the ability to repair a ship to its previous state straight from the strategic screen.

And in parallel, I'm plotting and developing the monsters to come in v8:

Floathoney is a rare and dangerous delicacy. The hives of the giant bees that produce it float high in the sky and are as formidable as any man-made fortress. Rarely, a hive will be abandoned, or attacked by an even more terrible monster. It will drift and come to rest against the slopes of a mountain, or slowly lose altitude until it settles in a remote valley. Then, foolhardy apiarist-adventurers can enter the hive, scraping any honey they can find into jars, fending off any surviving bees, giant mites, and other scavengers. 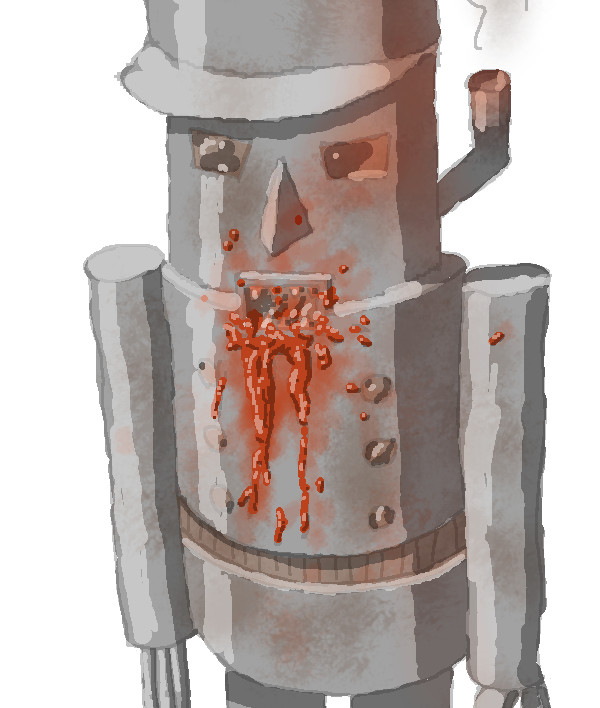 Fleshcracker clanks: More terror weapon than serious military machine. The idea has been put forth repeatedly that the machine is fuelled by the flesh of its victims, but analysis of Fleshcracker wreckage shows that its "mouth" does not connect to anything other than a small holding tank. Its ability to "eat" its victims is entirely for show, and to play into local superstitions about black magic.