In this section we will talk about the game available for download and BETA release soon but also coming news.

Welcome to this new patch ! 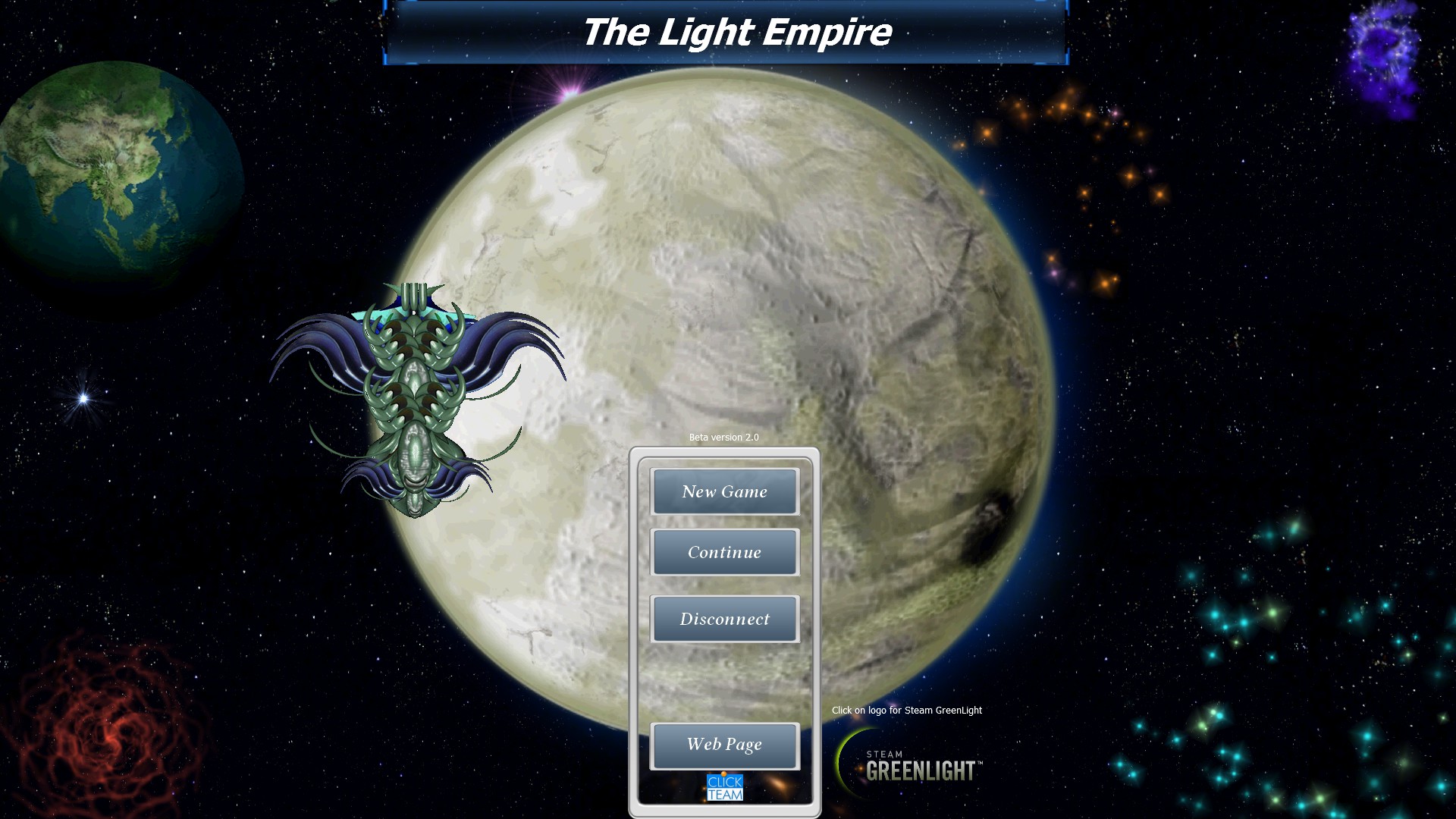 First time, let's talk about a major upgrade to the BETA version of the game.

That makes 6 Patch notes, the game was still in Alpha version .. But well advanced in the development and now the game is released in BETA version.

Here the Major changes to the BETA version : 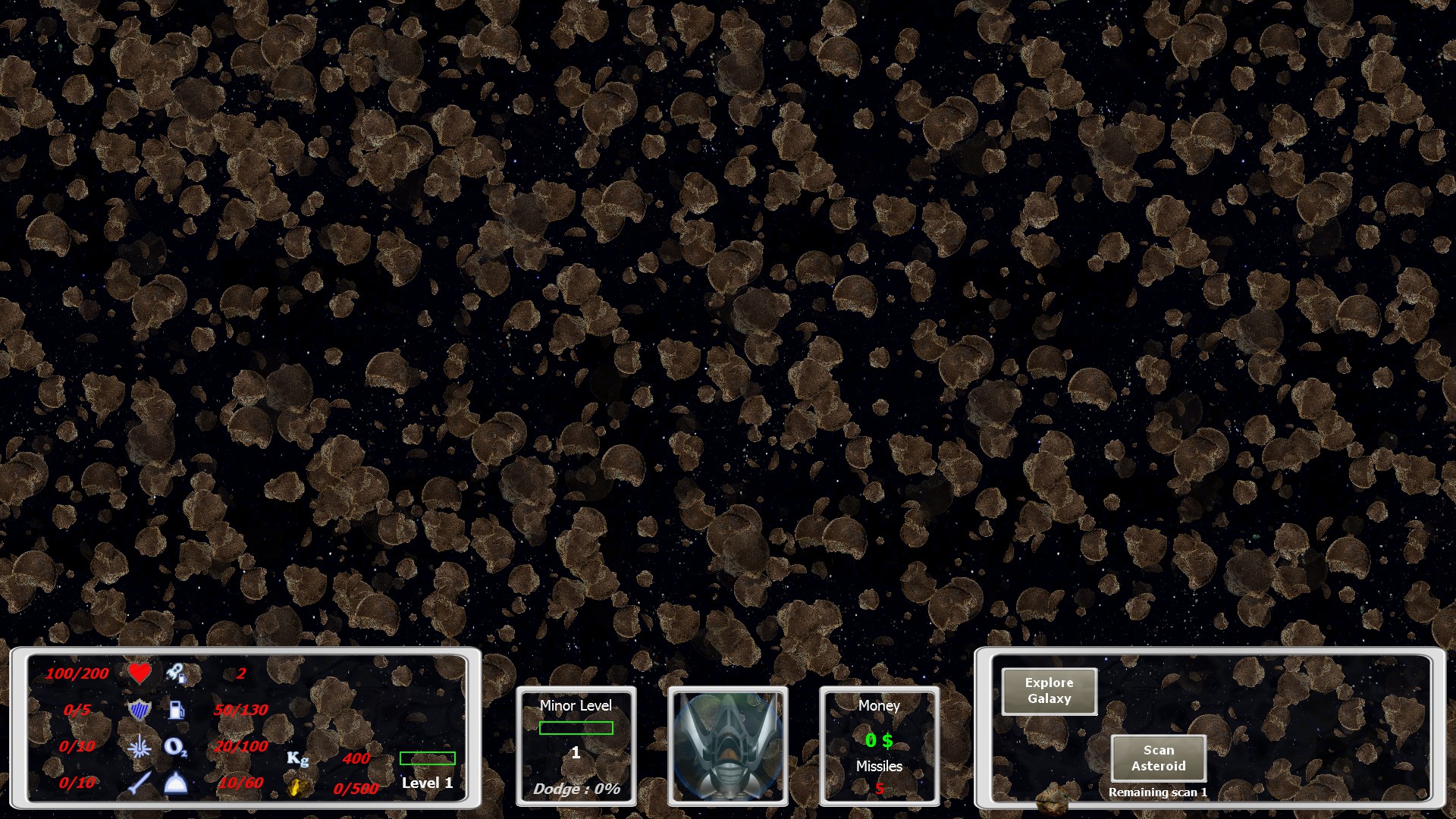 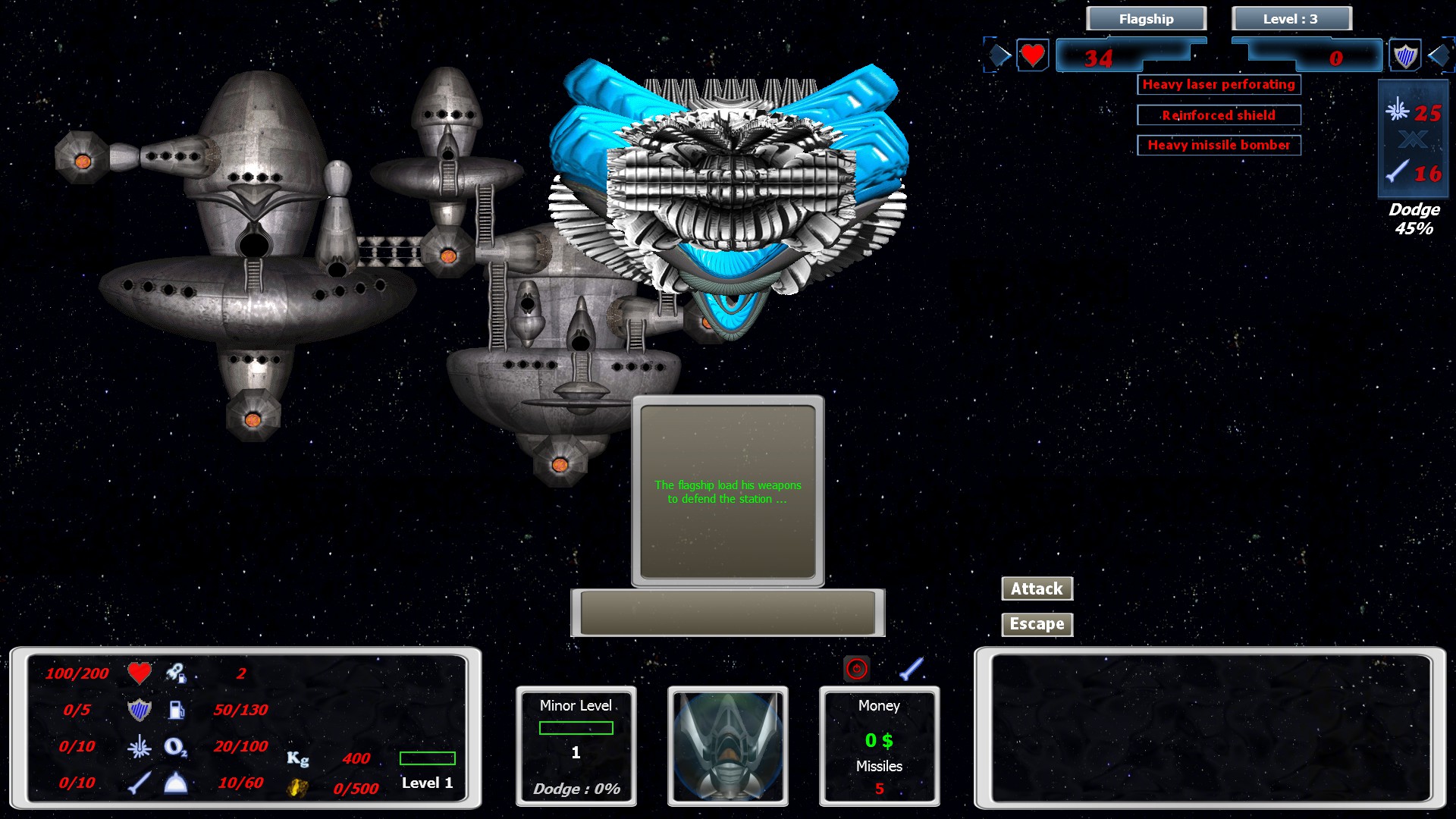 I also wanted to talk about other things.

Talk of nebulae and their changes : 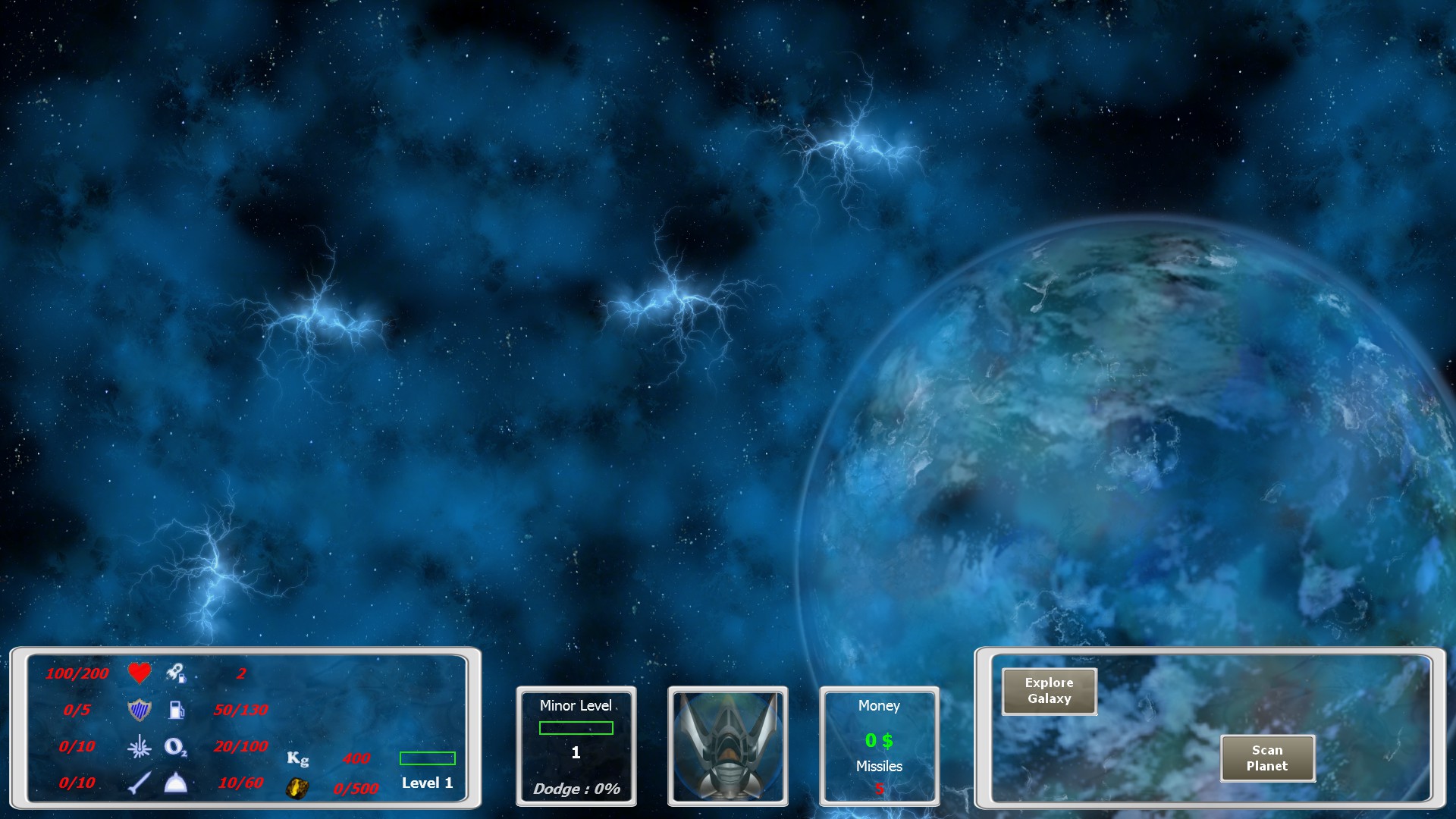 Here is a blue nebulae, during combat phases nebulae cause interference with your laser weapons and you will lose power.

- The blue nebulae are the less virulent, The most dangerous are red and black make you lose a lot of power. 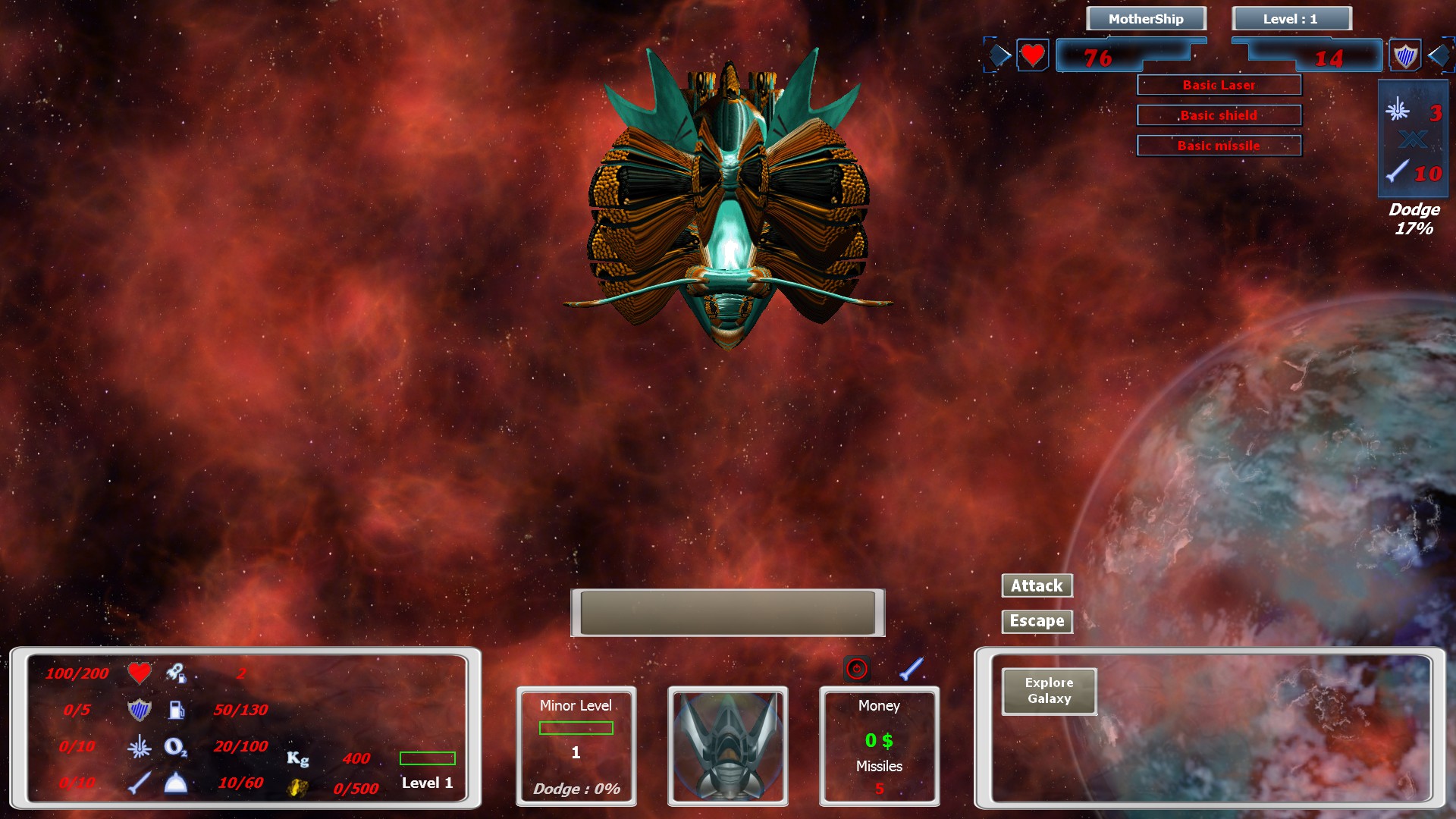 Here are the new playable ship "The DESTROYER" 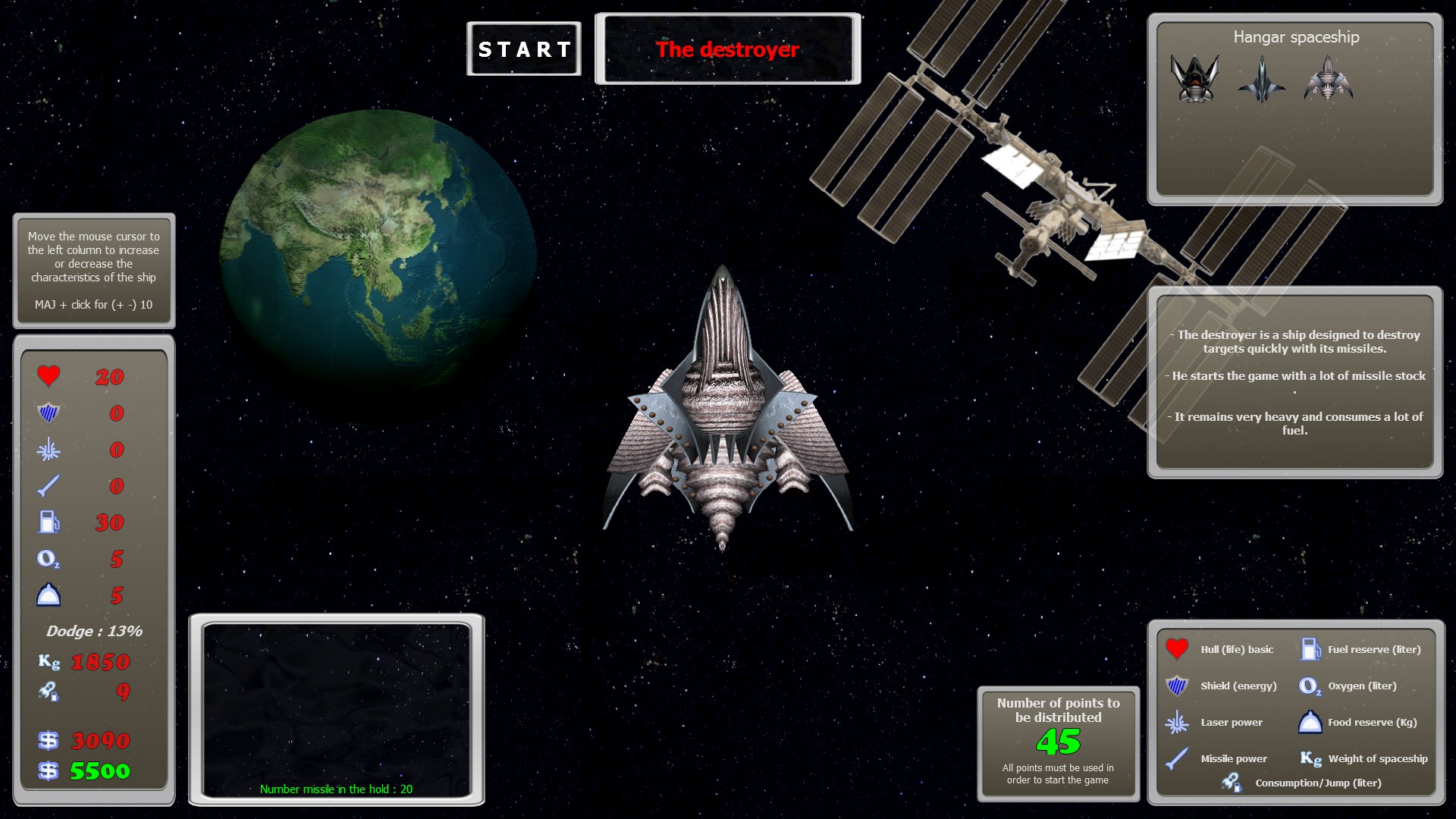 You start the game with 20 missiles and 30 liter of fuel and 5 liter of oxygen. You also have 5 kilos of food and 20 points of life.

The Destroyer is a powerful spaceship to kill his enemy early in the game thanks to its small advantages. It remains in against very heavy and consumes a lot of fuel ...

The game is currently downloading the following address :

To complete this patch, I'll talk about the features that will be added in the future patch the game.

There are still some features that I do not reveal, because I want to improve before you speak.

It only remains to wish you a very good day or evening and we quickly found me on Steam Greenlight if you want to follow the development the game for more detail. See you soon !