Brick Inventions is in development for over 2 years now. After the first year, I created an video which summarized all the changes. This time I want to give you an overview about the development - what software I use and how I created certain things.

Brick Inventions is in development for over 2 years now. After the first year, I created an video which summarized the changes in the first year. This time I want to give you an overview about the development - what software I use and how I created certain things.

The software used for developing Brick Inventions consists mainly out of Unity, Blender, Gimp and Inkscape. Therefore, with the exception of Unity, the whole production pipeline is Open Source.

When I started the project, it was actually nothing more than a bunch of physics prototypes to test what was possible in the engine. At that time, I had already created several games but none in Unity so I watched a ton of tutorials and created several smaller scenes in order to get familiar with the engine. After that, I started to plan the details for Brick Inventions and after a few weeks of development, I released the first video. Much has changed since then and the game has become much bigger than I had anticipated. 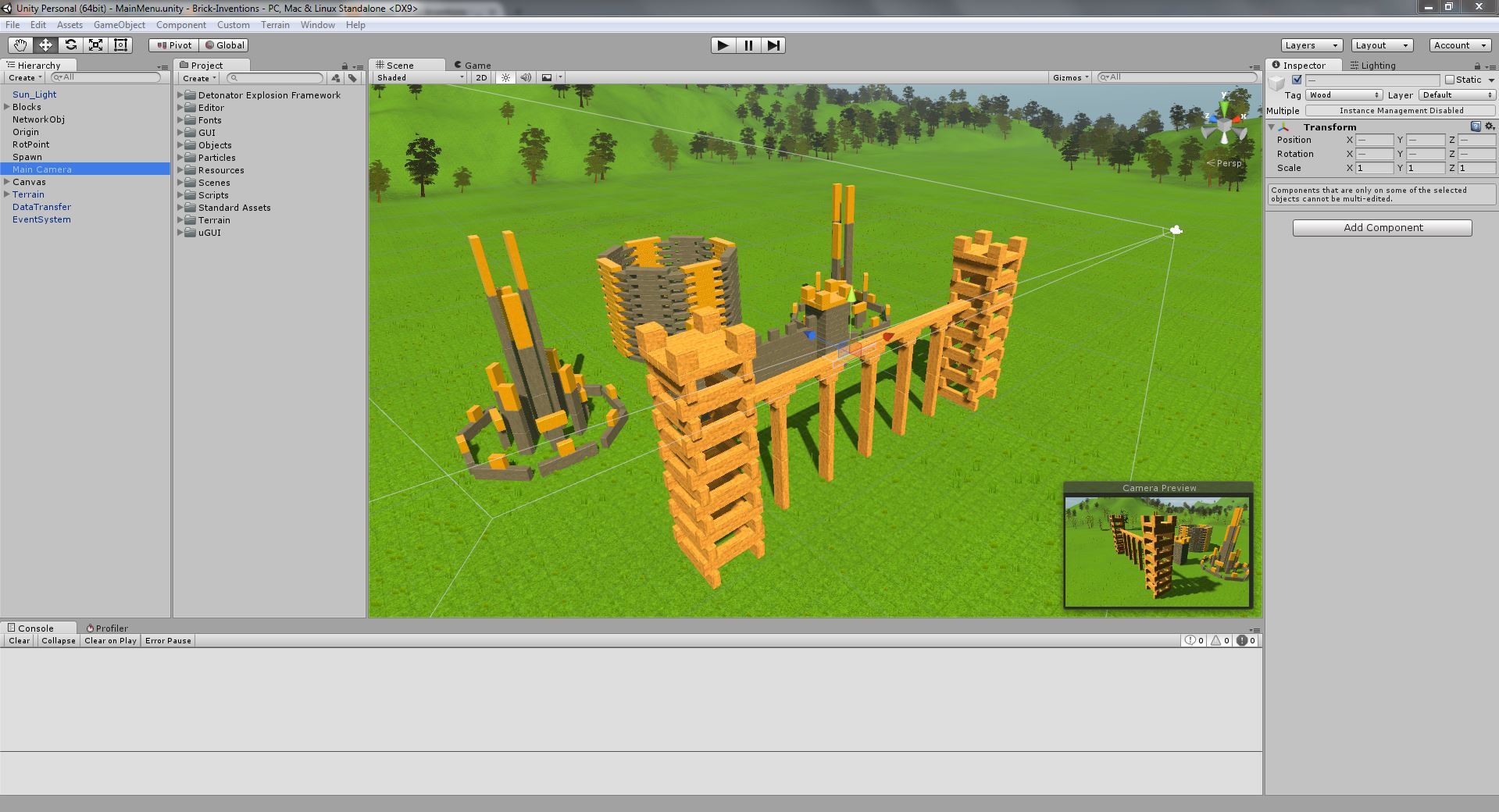 During these 2 years, not only did the game change but also Unity itself. At the start of the project, I used Unity 4.1, which didn't have many of the features that it has now. Because of this, I had to rewrite several parts of the game (like the interface, when Unity 4.6 introduced the new UI system) as the new systems brought many improvements both for development as well as for the game itself (features and performance). Overall, I'm really happy with Unity and I think it's fascinating how fast it has improved since I started to work on Brick Inventions and I'm excited to see where it is going in the future.

Blender is an Open Source 3d creation suite that offers nearly everything you need for creating a game - modelling, texturing, baking, rigging and so on. I've been using Blender for over 5 years now and am very happy with it, so the choice of Blender as the 3d application was an easy one. 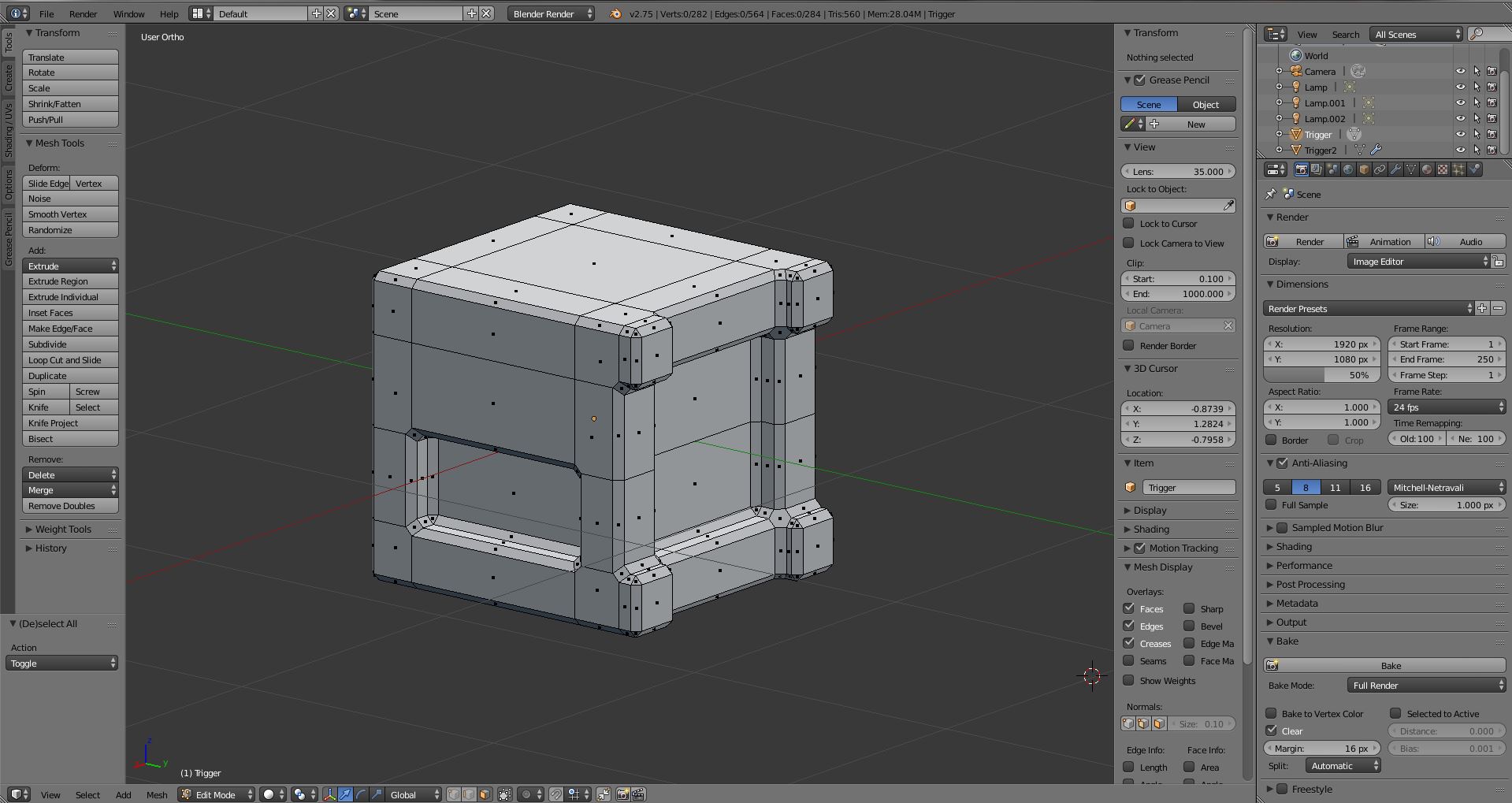 Every single 3d model you can see in Brick Inventions was created in Blender. For the terrain, I used the "ANT Landscape" add-on in Blender, which creates a procedural terrain, which can be altered by adjusting several options. While I found a terrain that was fitting for the Mountain Forest map quickly, I went through over 200 randomly generated ones while changing settings, until I found one that I wanted to use for the Icy Peaks map. After generating the base mesh with the script, I used several sculpting tools as well as proportional editing to adjust the terrain and to give it its final shape. 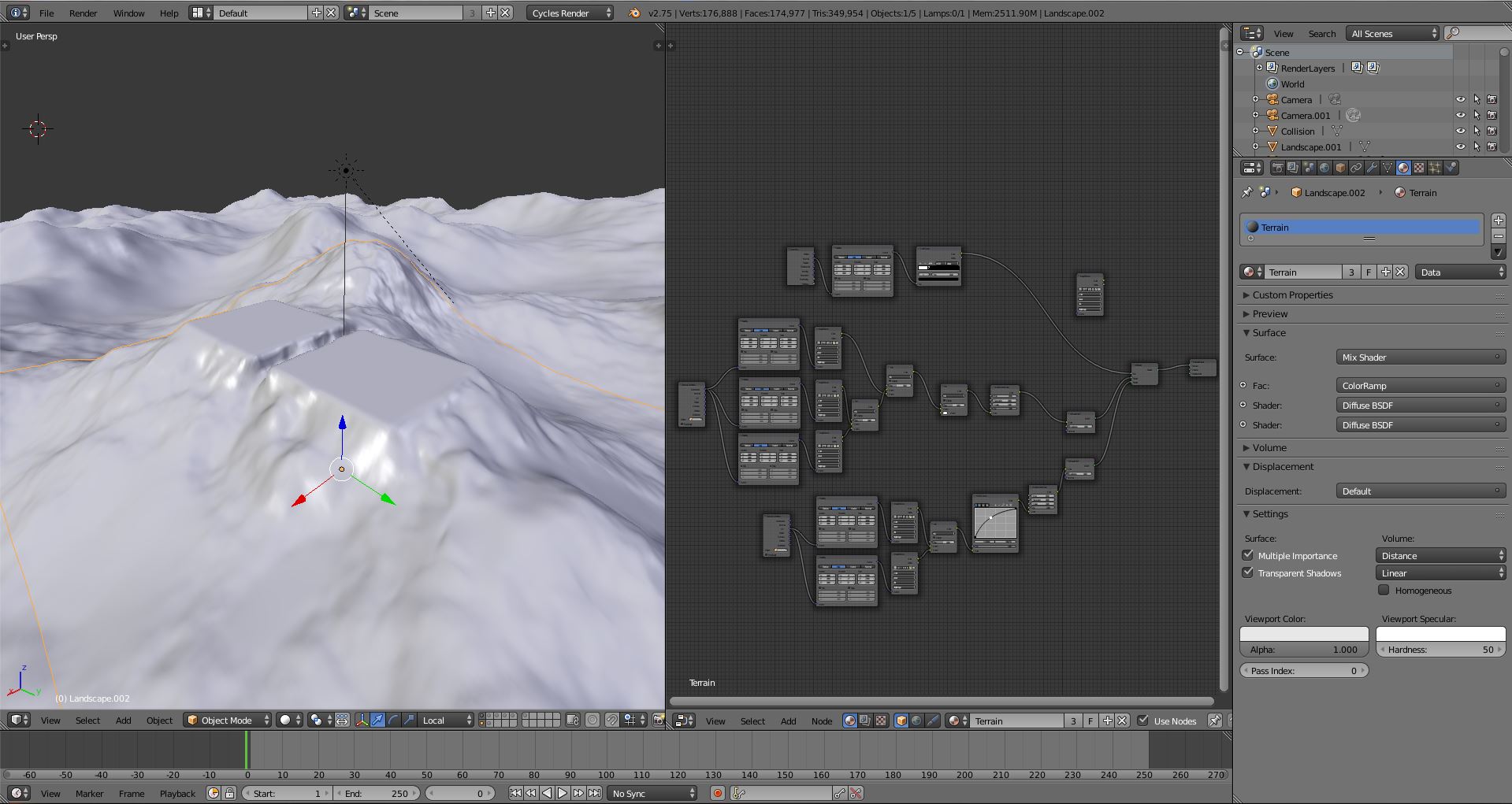 Gimp is an Open Source image manipulation program, which I used for all the textures, including the UI. Most of the textures in the game are based on "real" textures, which I manipulated to create a more stylized, high-saturated look. That process usually included several effects like Hue/Saturation, Curves, Contrast as well as overlaying and mixing layers. It took me quite some time to get used to Gimp as many things work different than in other programs like Photoshop, but once you know it (and all of its bugs and strange behaviours), working with it works pretty well. 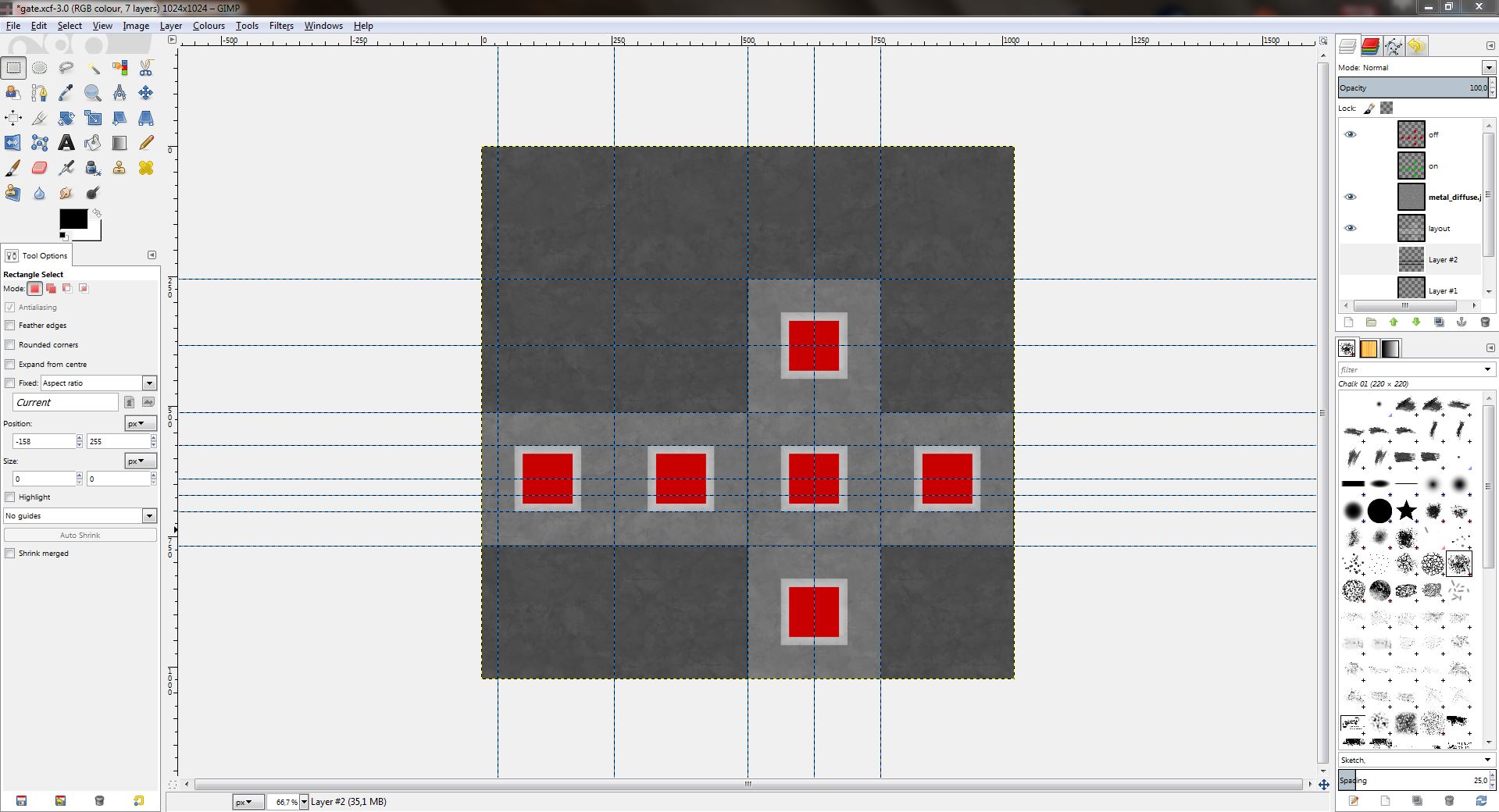 Before I created the logo of the game, I searched for an image manipulation program for vector graphics. I had already worked with Adobe Illustrator but didn't have a license for myself and I actually didn't know any other program for vector graphics out there. I stumbled upon Inkscape, an Open Source vector graphics program. While it was a bit difficult to get into and still doesn't always do what I want it to (maybe it's just me :) ), it offers all the functionality I need for the game. 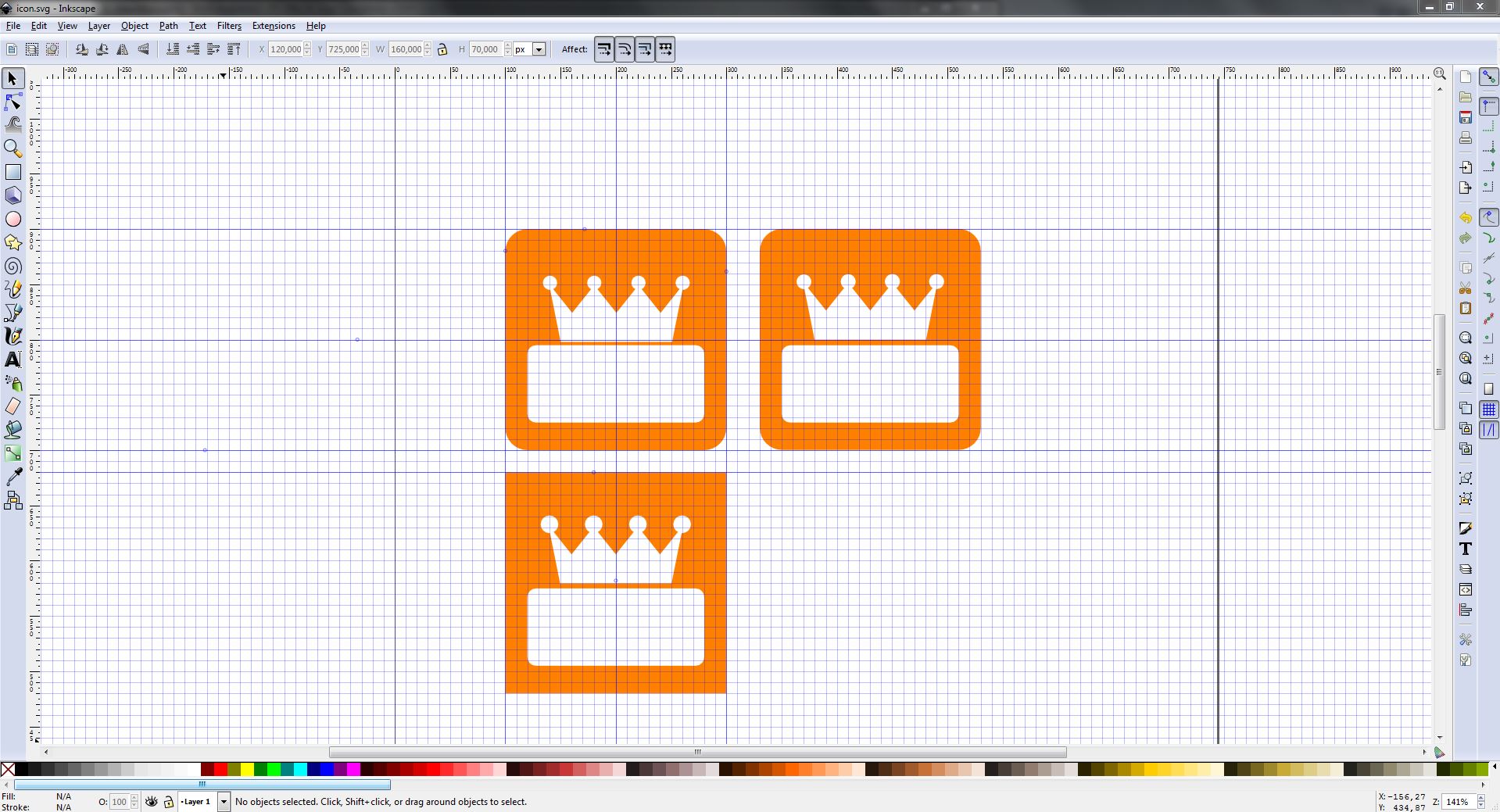 Here are the specs of the system that I'm developing and testing Brick Inventions on:

There is so much more I could write about - if or want to know more about how I did specific things, just leave a comment below and I might cover that in another post. Besides that, more news and a new video about the game will be out early next week.