We have put together some of the objects that make the character’s bedroom, where the game will begin. We also made some adjustments so that the game is playable with a keyboard and a controller.

Posted by PerpetuosGames on Jun 2nd, 2021

This week we can share some images of the current look of the main character’s bedrooms. There are no textures yet, just some base colors to help separate different objects. The first image is of Sophia’s bedroom in the present and the second image is of Pearl’s bedroom in the 90’s. 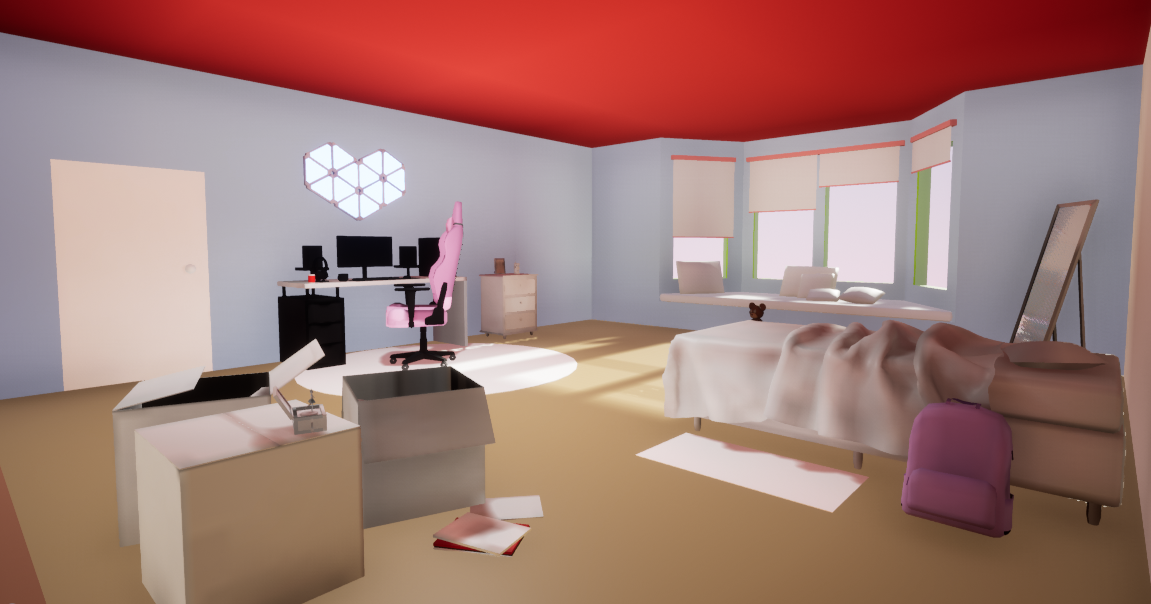 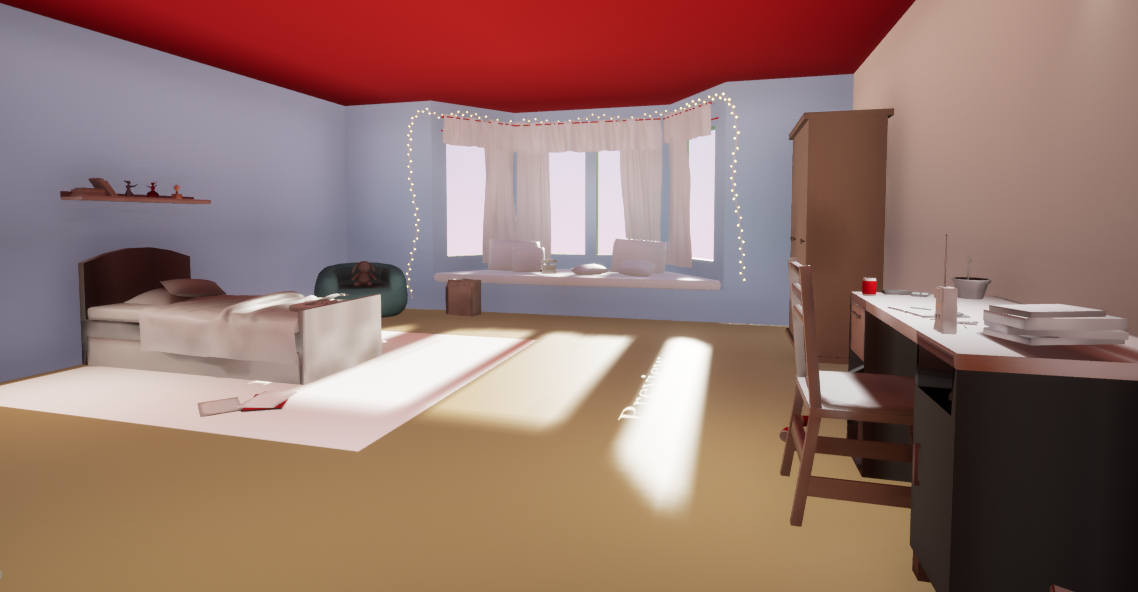 Also, on the programming side we have been busy implementing the end of the initial puzzle that involves taking a picture of the character with an old camera, but we have also been developing the Hud and UI elements for Pc.

On the following video you can see the character taking said picture first with a keyboard and secondly on the controller.