This week was a productive week. Now BeardedBear has a lot of new sounds effect that makes the game a lot more like "a real game", and not just a GameMaker Studio project.

In fact, this week I managed to add footsteps, shoots, jump and landing sounds, explosions(whose now will break your headphones if you make a lot of them in a small window of time, I have to re-do that), exp pick up sound, and also the weapon pick up sound.

For all this sounds at first I was creating a few sounds for each effect to create a bit of variety and not a horrible repetitive sound played over and over, but then I saw in a LudumDare project source code made by Managore (If you do not know him go search on google, he his a God in LudumDares) that he made a very simple but extremly useful script which play a sound with the standard audio_play_sound() function, but first he change the pitch of that sound with audio_sound_pitch(). With this script you can have a single .ogg file for every effect and it will not sound repetitive and exactly the same over and over! The script (A bit changed by me to add also a control for the volume) is :

This week, this little pink guy appeared in the game: 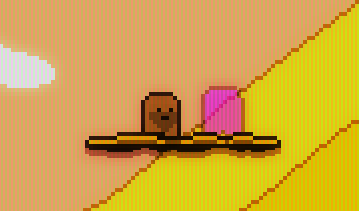 the sprite is obviously not official, but his behavior is complete. His codename is obj_enemy_antiexp, and he will slowly steal exp from your bar and put that stolen exp in the enemy bar! This guy will stand still in place fading and glowing subtly and will be almost invisible, so you will have to stay alert for him or you will found yourself without precious exp!

Like you saw from the preview image of this post, I made a cute and almost useless info-stats menu! You can see that in anytime of the game by pressing tab and it will show you all your current powerup in your mighty beard, your current weaponType and bulletType, and also it will show you how much damaged the Bear is. 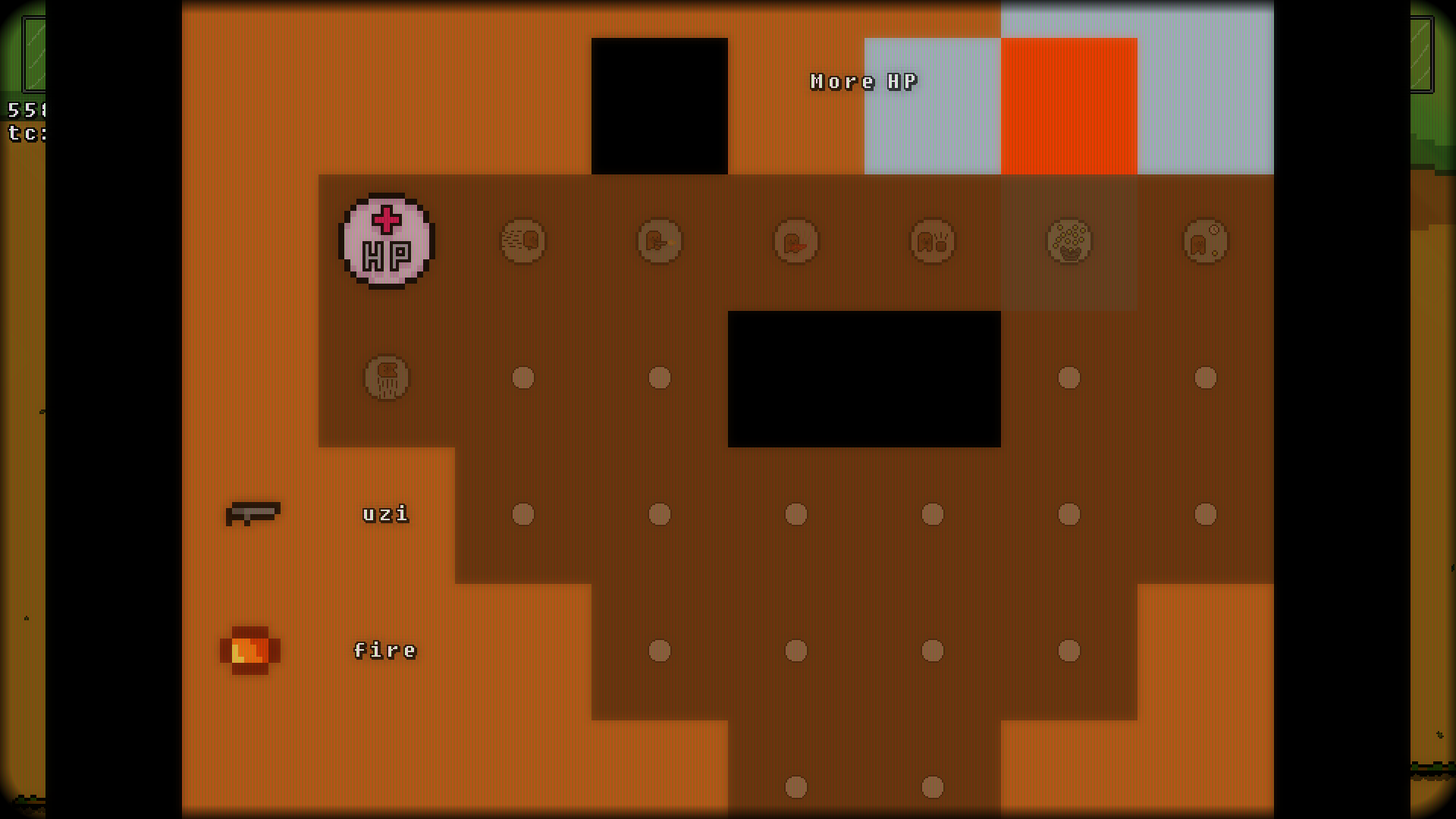 Last but not less important is the global exp-powerup balance that I made this week. In fact with all this changing in the code I found out that half of the current powerups were not working anymore. I fixed that and I also balance a few effect, like the jump boost you gain from the "Jump higher" powerup(before this change it was making you jump so high that was almost a negative powerup).

Here is the change-log without the things that I already mentioned in this post:

I'm also working to make a Demo Preview of the game, so keep checking for updates, it might be on the next one !

Edit: for some reason I can not play gif in the preview and the resoult is an horrible freezed frame. Here is the gif, i hope that here I can see it animated :