In this update: new downloadable demo, a BIG upgrade in performance, visual improvements, new sounds, and a lot more!

Hello everyone,
It's been a while since the last demo release, so prepare yourself for this huge update!

Everything you read in this article you can find it and play it in the third BeardedBear demo, that you can download here: 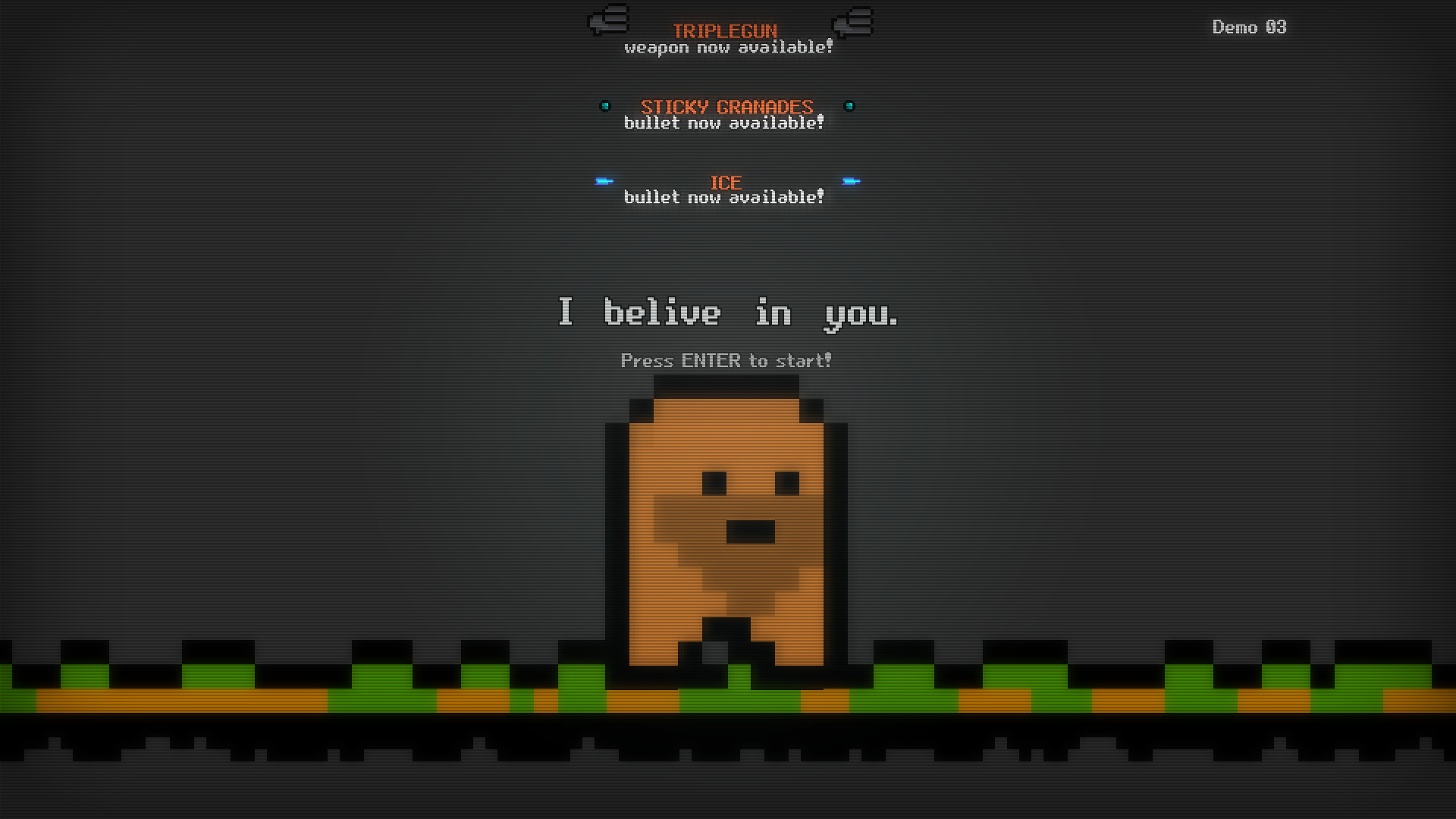 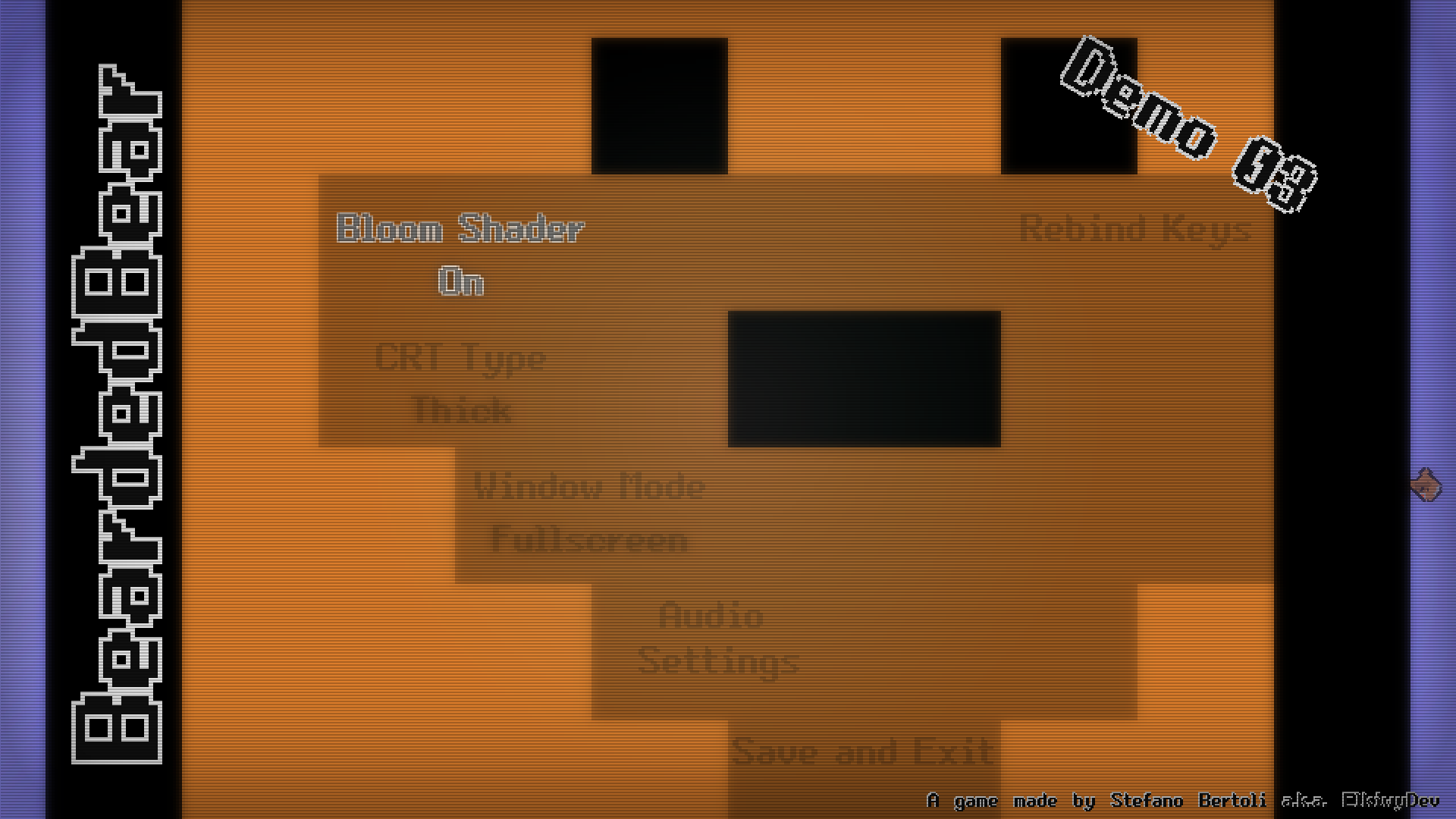 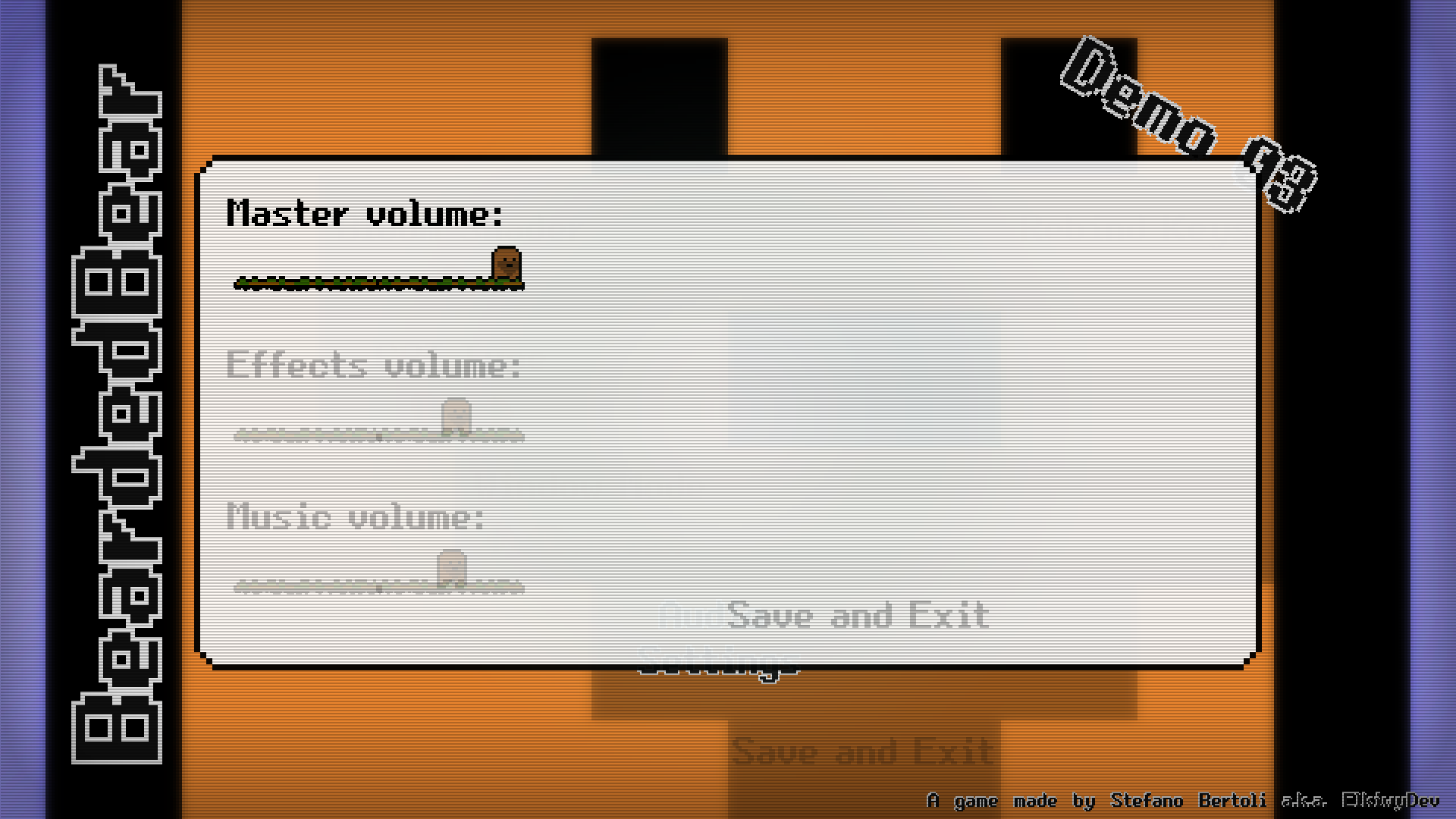 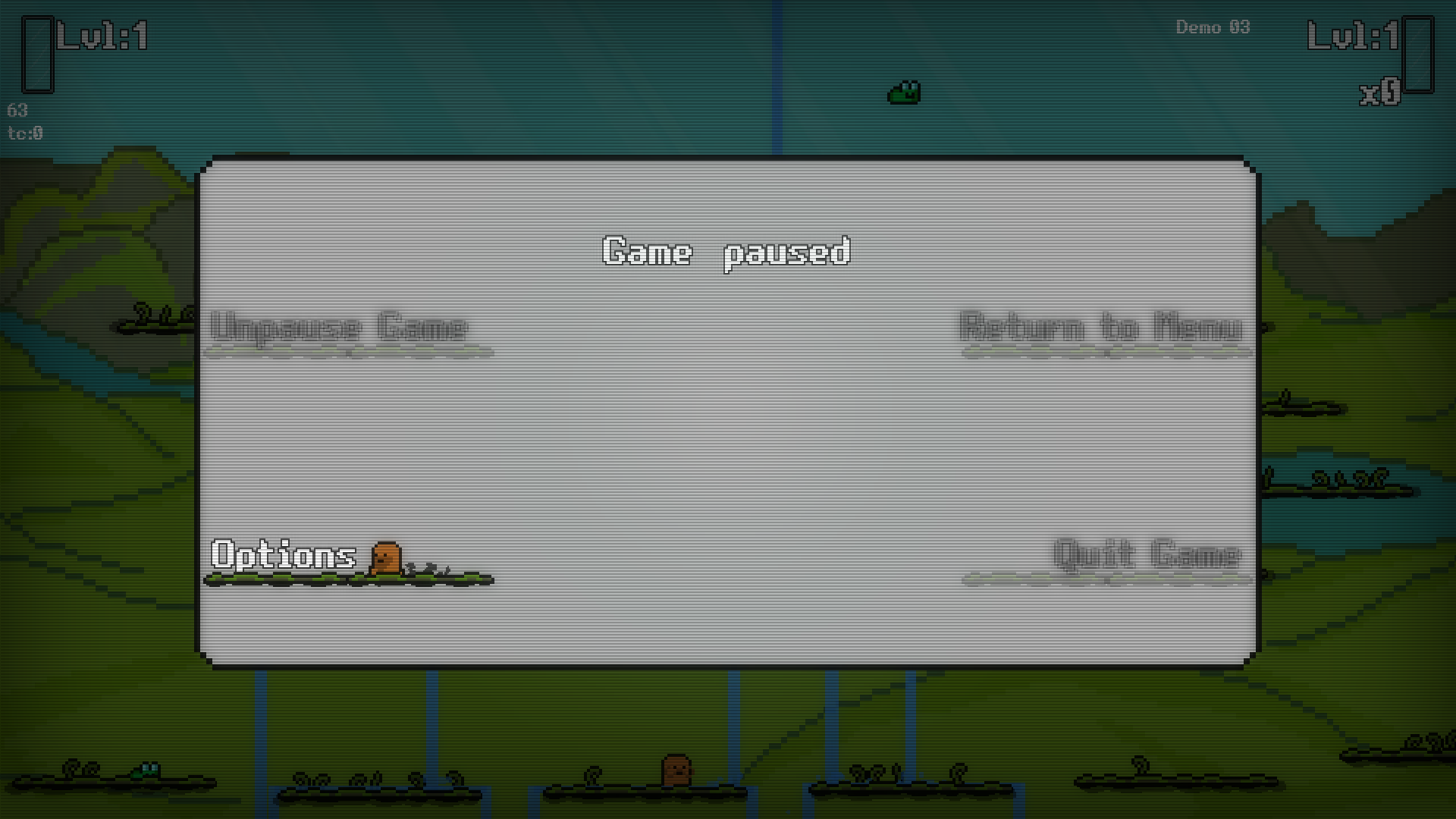 Here you can find all the changelog as always:

*Known problems: if the game crash when you try open the exe with an error like this:
"FATAL ERROR in Vertex Shader compilation
ShaderName: fxBloom
D3DXCompile failed - result
at gml_Object_objBloomOverlay_Draw_0"
then you may have an outdated version of directX. You can try update it or if you can't do that you have to go in your appdata folder->local->beardedbear and create an file named "options.ini" with this inside:
[options]
bloom="0"
crt="1"
fullscreen="1"
this file will disable the shader and the game will run fine ;)*