Hello guys, today I wanted to show you, how the battle system works.

I wanted the battle system to be open, by that I mean that it should not interrupt the gameplay, like games from the Tales series. More like Xenoblade Chronicles. Basically the characters run into enemies and then battle starts.

The player has the option to either fight the enemy or run away, when he thinks the enemy is too strong for him to handle. Of course the enemies are not stupid and they will run after you. If the enemy has caught you, you will deal with an extra damage and the fight will resume, giving you again the option to fight or run away.

That is the basic idea of the battle system. Here is a graphic which shows you, how it will work. 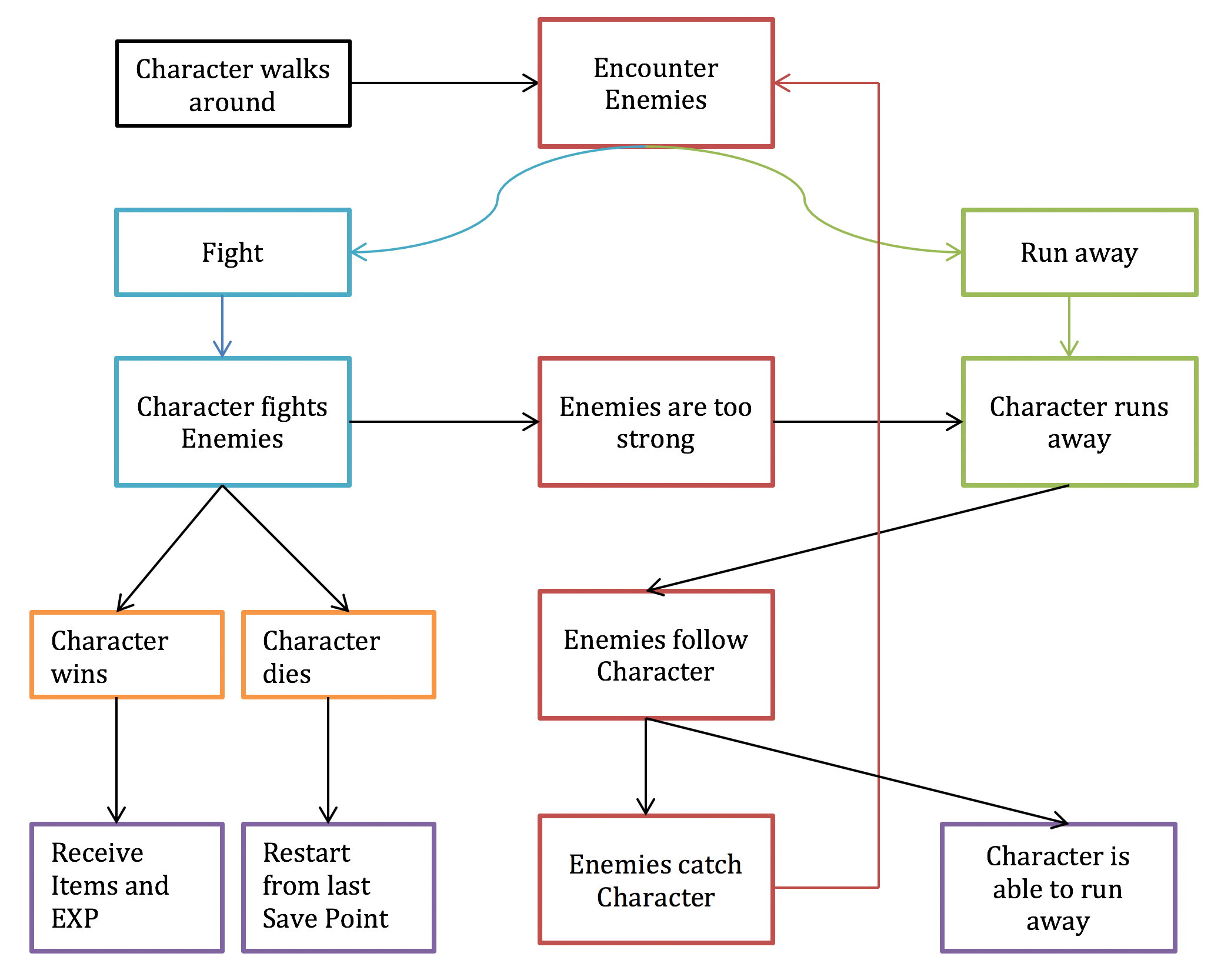