Before the battle start every player can choose from its own (or pre) configurations and see the competitor’s choices.

Before the battle start every player can choose from its own (or pre) configurations and see the competitor’s choices. The competitors mech configurations will be shown with all stats and short guide about strengths and weaknesses. After 60 seconds the selection process stops and the last selection will be used for the game.

The battle will be hold in a classical MOBA manner. The player can eliminate enemy units and mechs.

The main base consists of some defense structures and factories, which build units automatically. At the beginning every player should try to conquer as much factories as possible. The factories are defended by neutral guard towers and units, which has to be destroyed to conquer the factory. The guard tower will be rebuilt as the first build instruction of the factory. In this time the factory is not defended and enemy units can attack and destroy this factory.

After the first factories are conquered additional units will be produced and start to move on the lane to the enemy base. For every conquered factory the main factory will produce additionally one unit of the scheduled type. 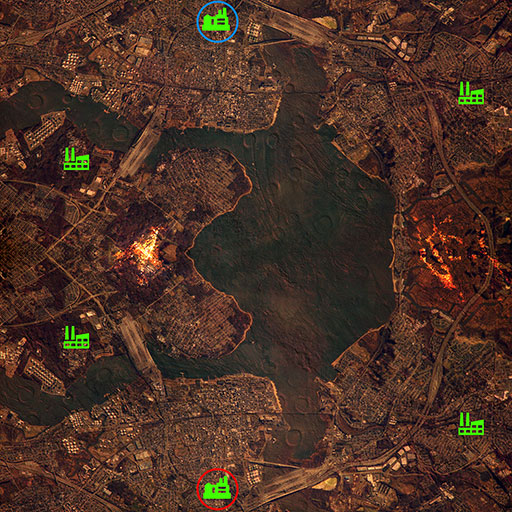 For eliminating enemies and conquering factories the mech earns experience. In mech configuration dependent steps the mech gains a new level. Every level will deliver one point, that can be invested in stats or abilities. Every mech will develop a unique play style according configuration.
The player has the ability to pick up some units and form a squad with these units. The units will follow the mech and attack enemy targets in range. The player can command these units to defend a position on the map, return to base and release them to move on the lane again. 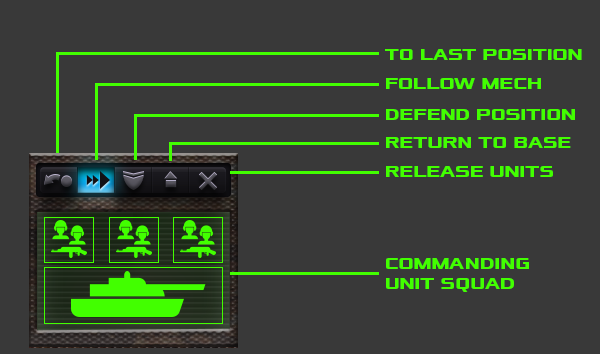