Hello and welcome back to our Developer Blog. This is yet another progress update, just to keep you informed about some of the stuff we have been working on, and to show you that we are still alive. In this Blog we talk about Heavy Artillery, the new Inventory System, Surgeons, new Maps and more.

Hello and welcome back to our Developer Blog. This is yet another progress update, just to keep you informed about some of the stuff we have been working on, and to show you that we are still alive. We apologise for the extremly long wait and as usual, we have done A LOT of stuff behind the scenes that we can not really show you, as it includes stuff like rewriting the network engine, performance optimizations etc. Please note that all of the stuff we will be showing you today is heavily WIP, and much of it is just a placeholder.

By the way, we have just created a new Discord Server!
We have also updated the FAQ, which you can check out here.

Admiral has finished a large number of items since the last Blog and as such we want to highlight just a small set of these. We are currently in the progress of updating our artillery code and bringing it to a release ready state and as such we thought it would make sense to also update our artillery equipment. If you want to know more about artillery in BCoF, check out our previous Developer Blog.

The following figures represent two soldiers of the US heavy artillery branch. Trained both as infantry and artillery to operate the heavy ordnance, many heavy artillery regiments saw themselves on garrison duty for most of the war. They were equipped accordingly, sporting an interesting mix of standard infantry gear, special accouterments to contain artillery implements, and often - brass insignia and shoulder scales, readily disposed of by the soldiers on the front line, but demanded by dress-oriented officers and generals in the rear.

To see all the detail, we recommend watching the videos in 4k.

One of the largest and most important additions to Battle Cry of Freedom is the Inventory System. Thunderstormer has spent a lot of time working on it and we have just recently finished it. The System can be divided into 3 distinct parts.

Inventory
By pressing "I", players can now open an inventory menu which will give them an overview over all of the items in their possession. The menu can be used to easily switch between different items/weapons and it allows players to drop an item without requiring them to select it first. Items that can not be selected and carried in hand (Ammunition and fixed bayonets) are greyed out, but can still be dropped.

Players can not carry more than one firearm at a time and not more than two "Arsenal Packs" at a time. In addition, the 6th slot is also always reserved for fists. Which means that if we count fists as a unique weapon, players will be able to carry up to 6 different items/weapons at a time. 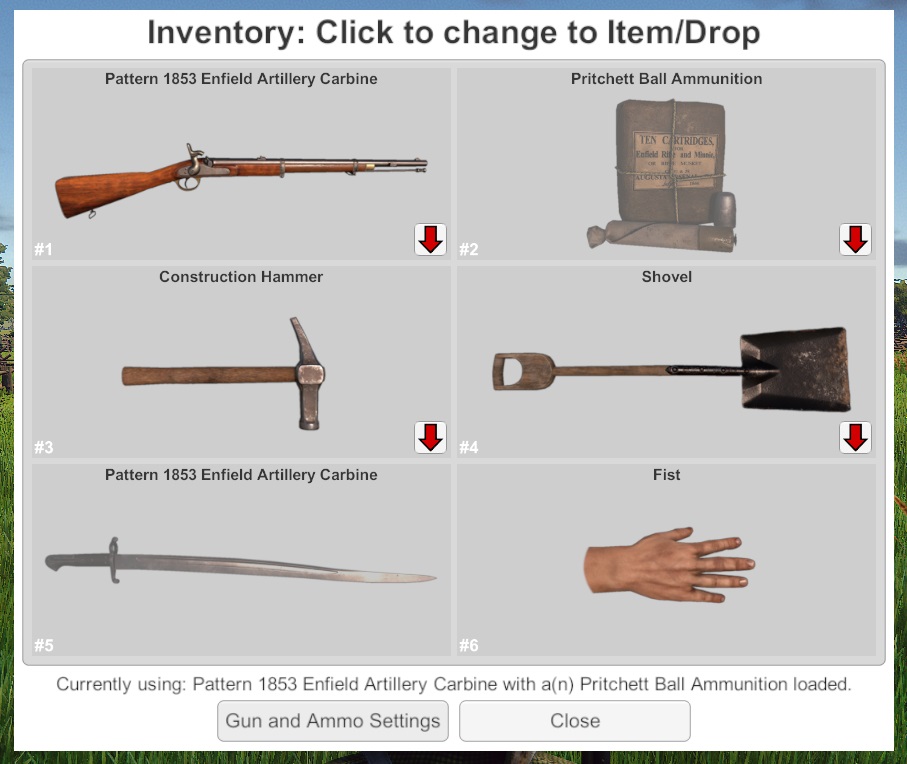 Ammunition
In our previous game, Napoleonic Wars, we only had two types of ammunition. One for Pistols and one for Muskets. While this worked quite well, we wanted something more in depth for Battle Cry of Freedom. As such, in BCoF we currently have 44 different Ammunition types, with more planned to be added in the future.

Players will be able to choose what ammunition they want to load and pick up different types of ammunition. All ammunition will be packed in so so called "Arsenal Packs". Arsenal Packs are packages of -commonly, 10 cartridges wrapped with a paper covering and tied with a piece of string. They were issued to the soldiers on the front line, who would unwrap the Arsenal Pack to gain access to the cartridges inside.

Each type of ammunition refers to a projectile: This is the bullet that leaves the barrel when fired. Bullets all have proper graphics and will visibly (to the more keen eyed amongst you) fly through the air in the game. Projectiles have many variables which are modeled by our ballistics system, such as drag coefficient, size and weight.

To come back to the Inventory System, each player will be able to carry up to two Arsenal Packs at a time. These do not necessarily have to be the same. For example, a player might decide to carry both a .69 Buckshot Pack and a .69 Round Ball Pack with him. Using the Inventory Menu, he can freely switch between these types of ammunition. But obviously, whatever is already loaded into his gun does not magically change to a different type of ammunition. Players are able to pick up and carry ammunition that can not be loaded by their gun. If this is the case, the ammunition will be marked as such in the Inventory Menu.

Firearm Settings
In addition to the Ammunition settings, anyone playing as NCO or Officer can choose between the Bayonet and a Fanion. Fanions are small flags on a wooden or brass pole and are inserted into the barrel of the gun. Sergeants commonly carried them to mark the flanks of a company or battalion. They currently serve no real gameplay purpose but do look pretty, so that is something right? Fanions are company specific. This means that each company in the game can have their own Fanion design. Fanions are fixed and unfixed the same way bayonets are.

Adding onto the functionality of the Inventory System We have also added weapon and ammunition crates to the game. These crates can be transported around and will be very useful for regiments that are in longer firefights. Small crates can be carried in the hand, but larger crates, such as limber chests have to be dragged. Engineers can also construct ammunition crates, although we might move this functionality to another support class later during development. 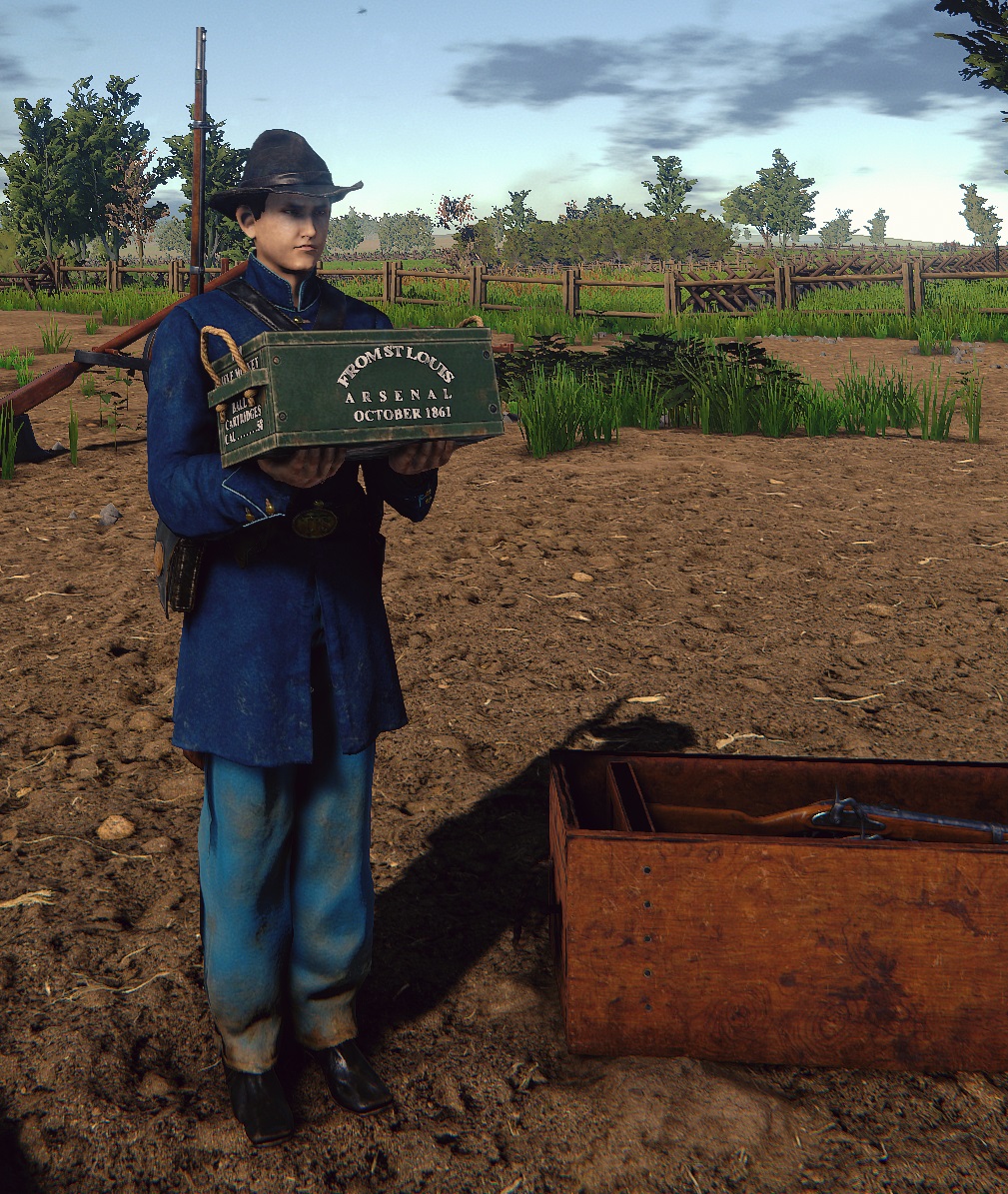 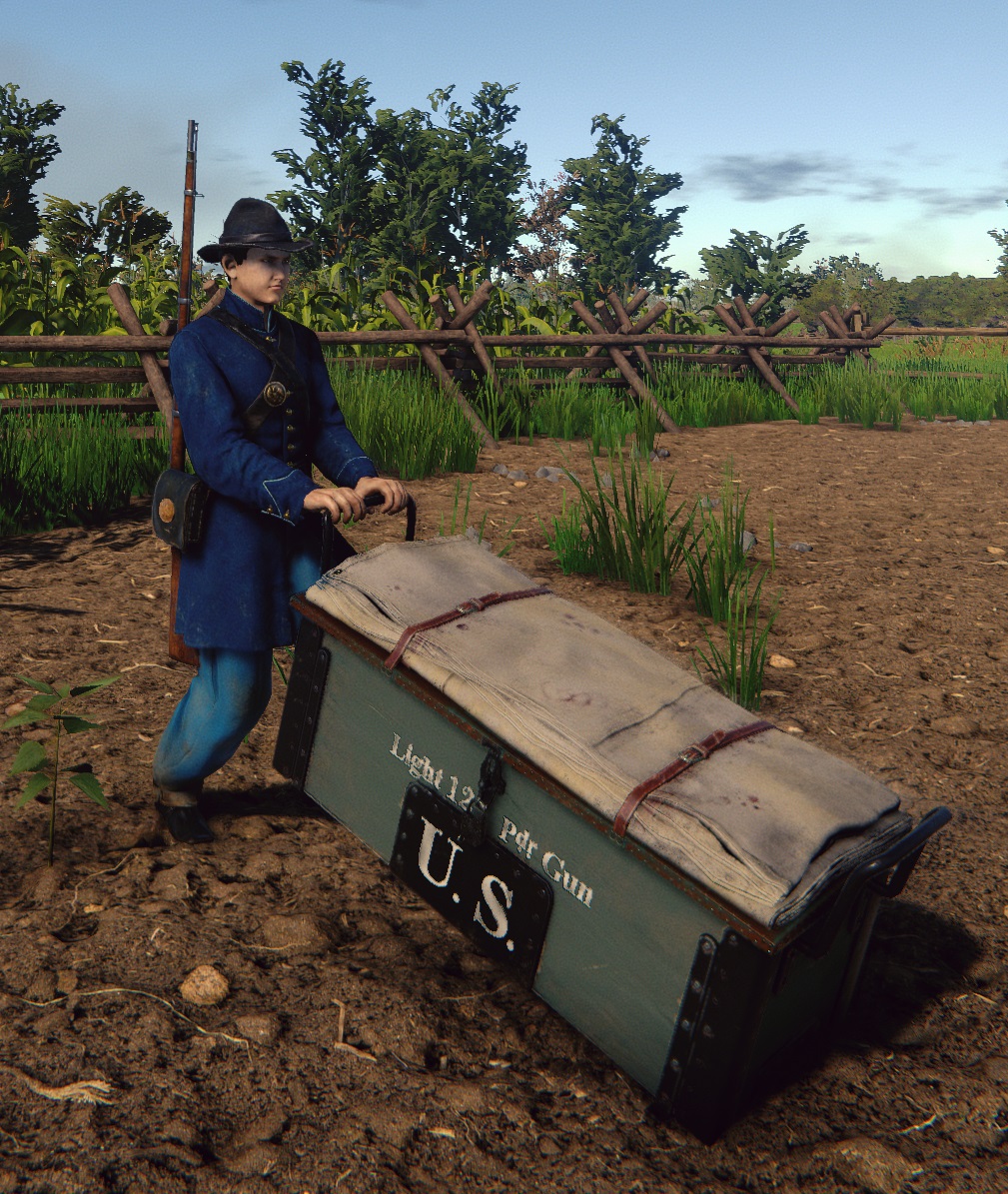 "Railroad" is a small map based on the area around Gettysburg, PA. It features a railroad crossing the center of the map and two dense forests on either corner of the map. Most of the map is relatively open, however, hills and rocks provide sufficient cover from enemy fire. A small farm to the east side of the map provides a vantage point over the railroad. A stone wall enclosing a small barn on the other side of the railroad will provide sufficient cover from enemy fire and it is a decent staging point for attacks to the west. 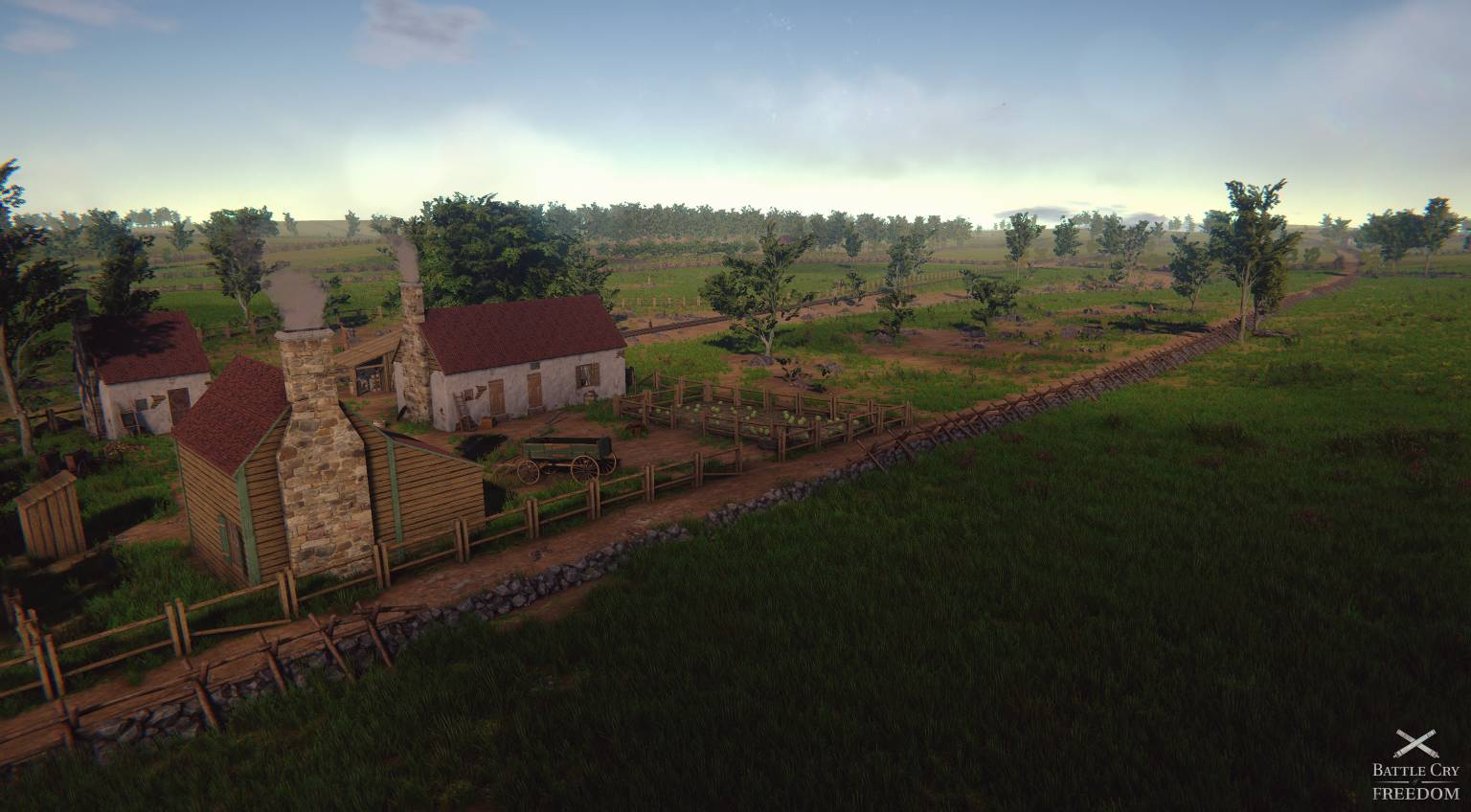 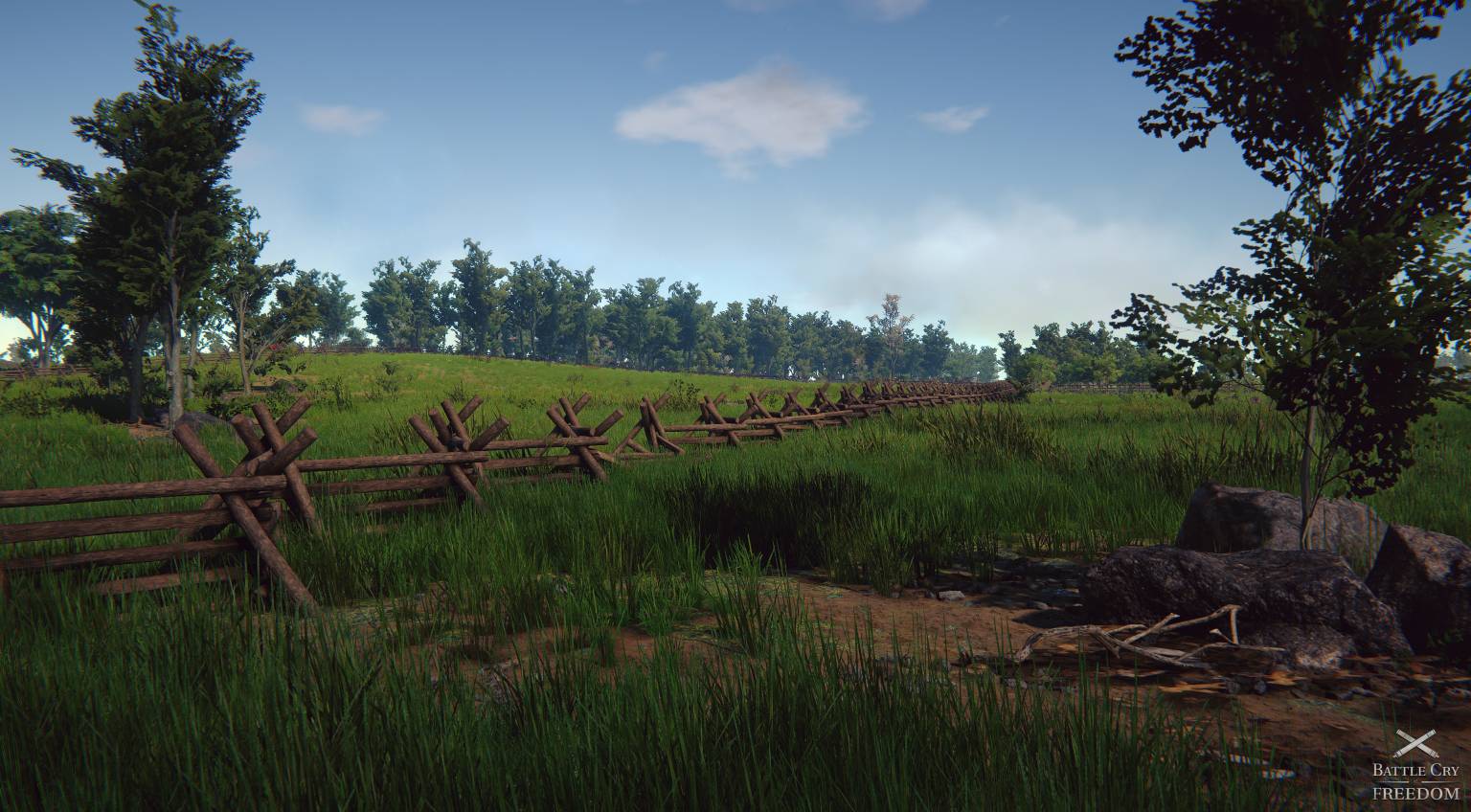 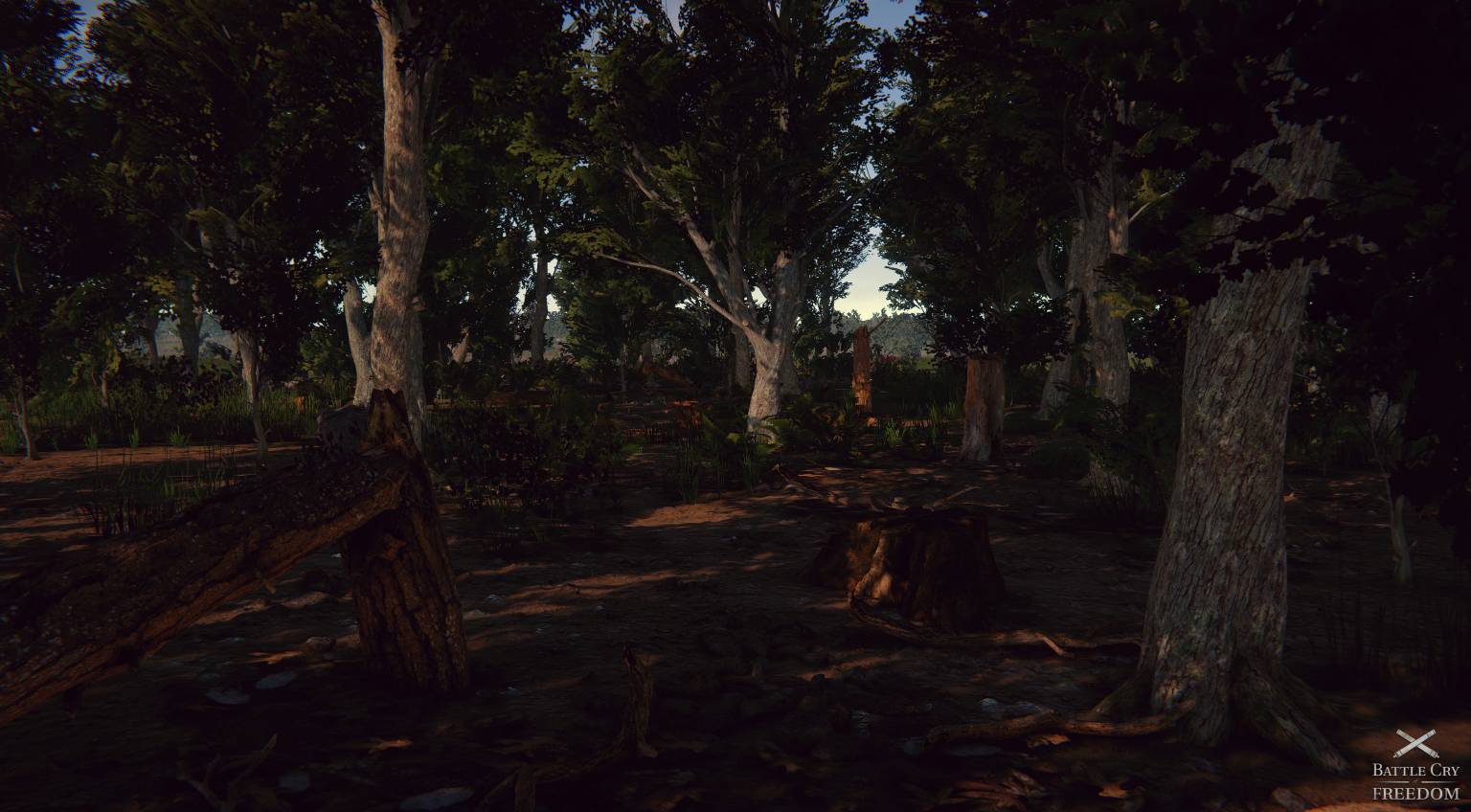 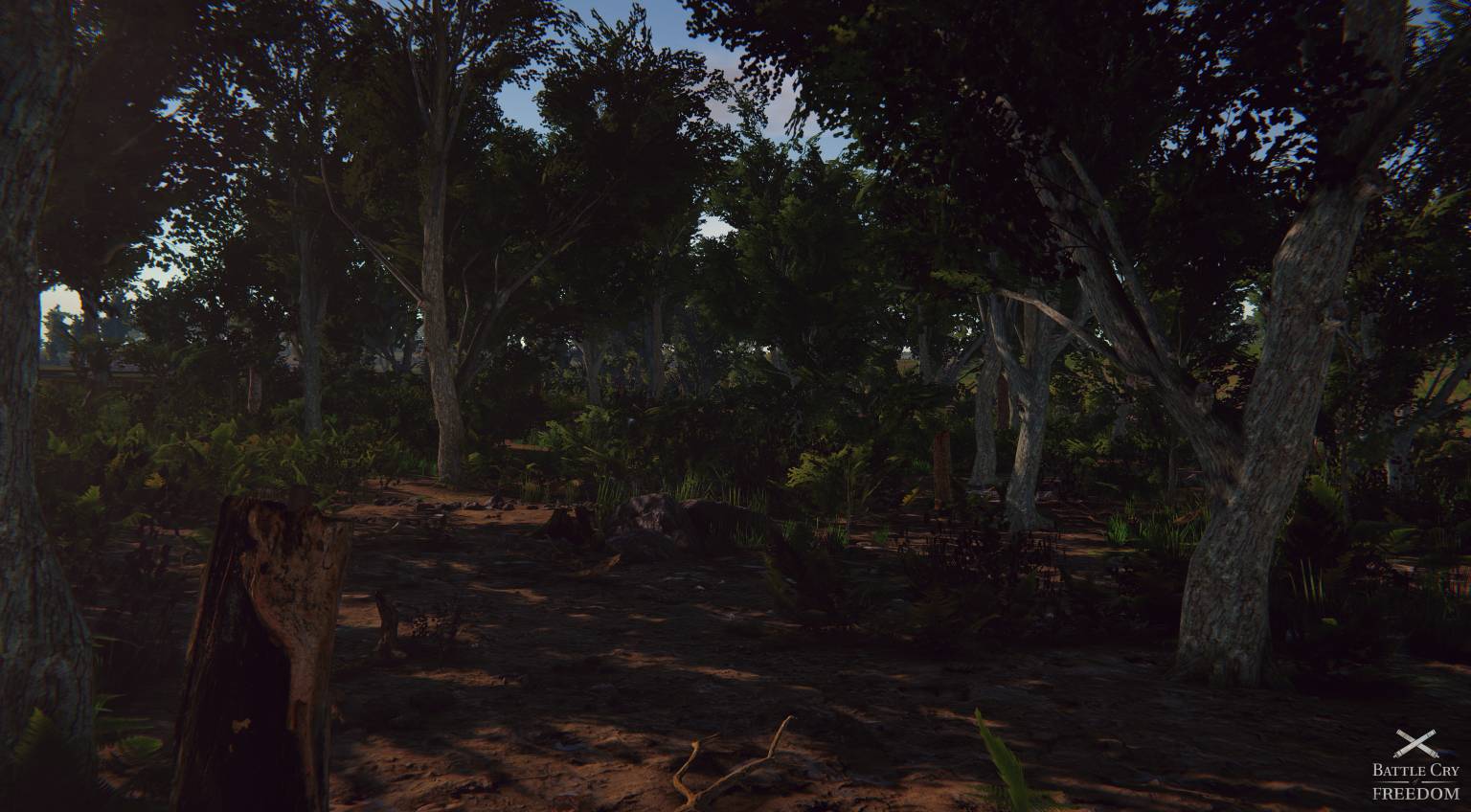 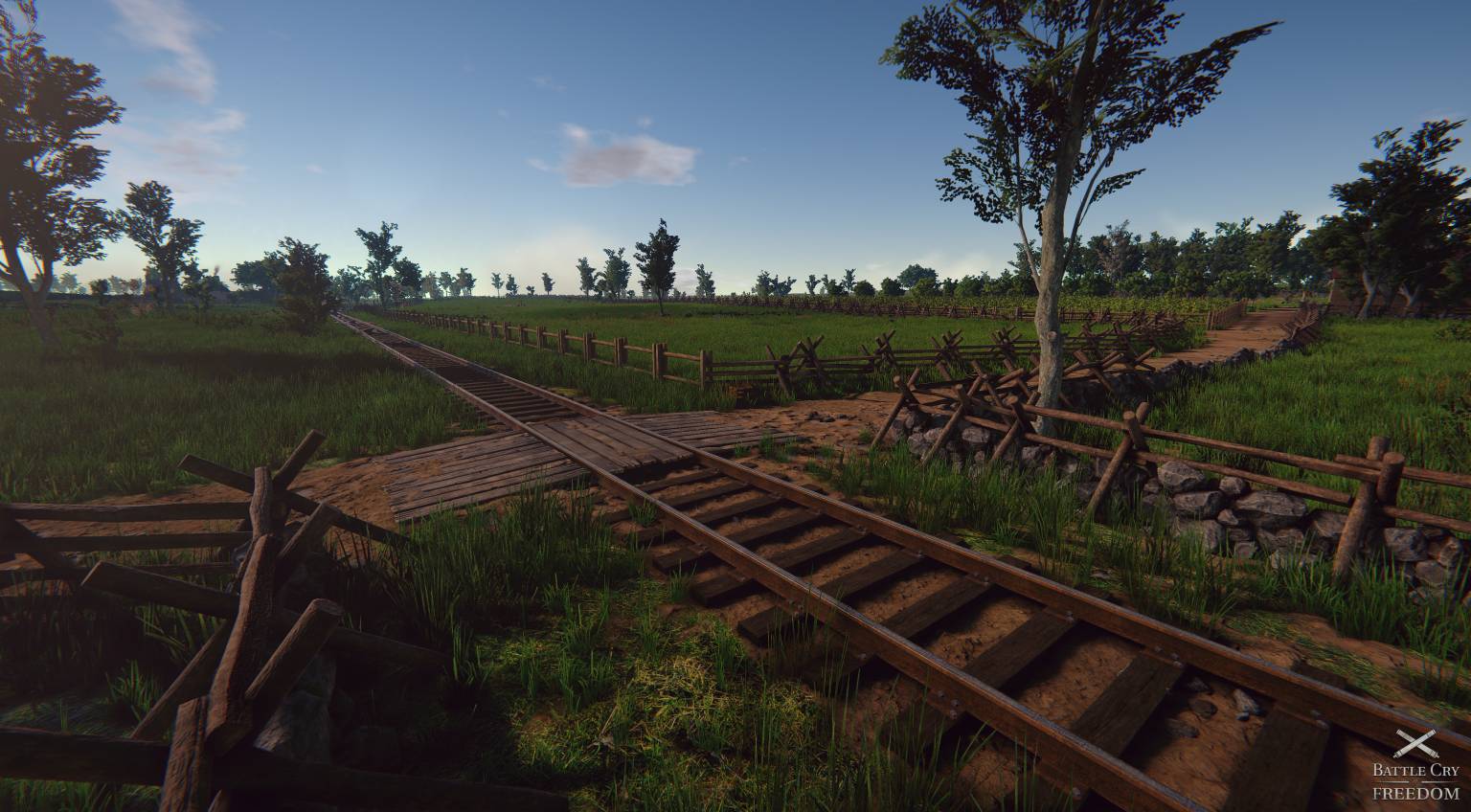 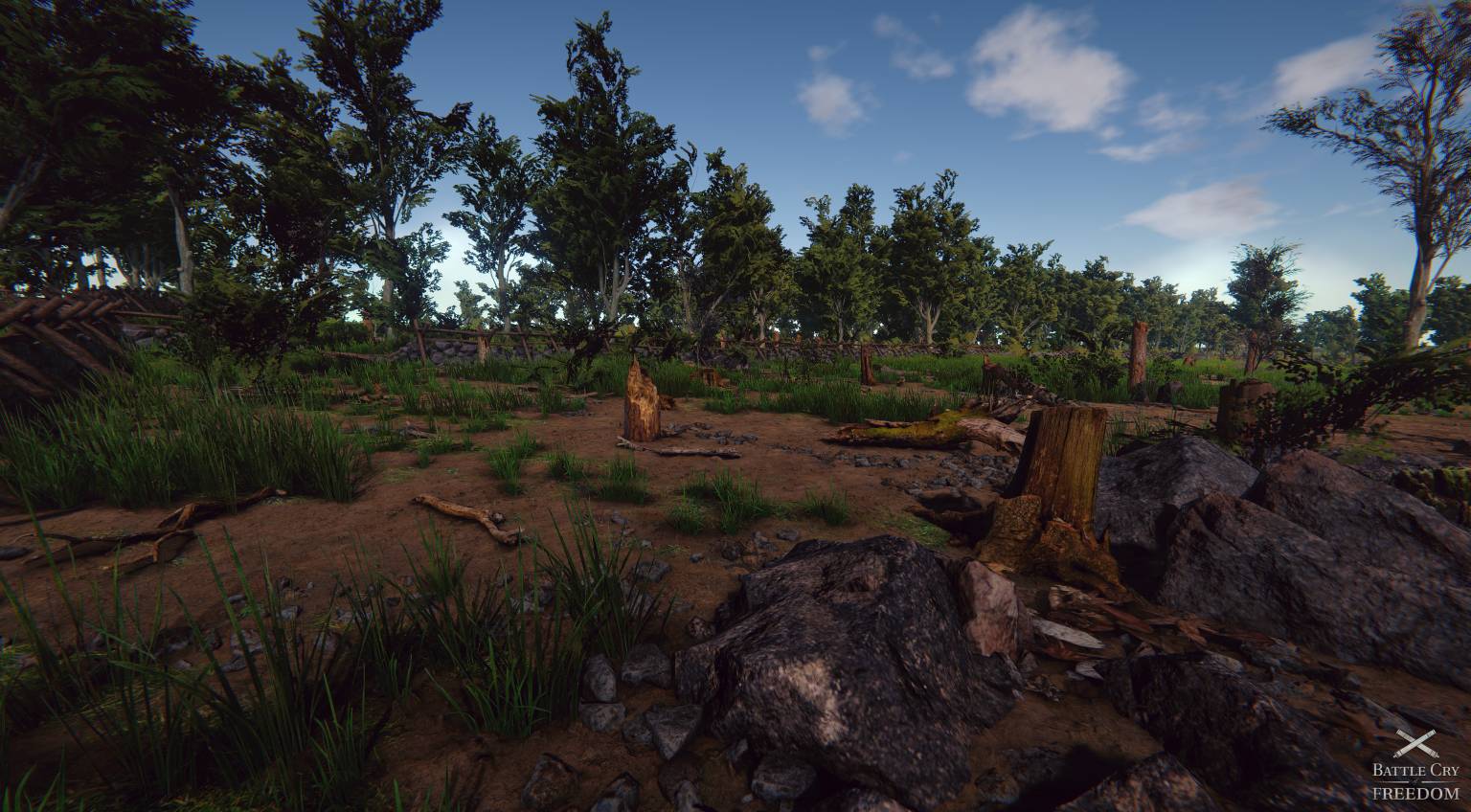 Thunder has reworked a good chunk of the Explosive Keg code and fixed various bugs. We have introduced a small delay between each explosive setting off the next, which means that you can now create chain explosions, just like in Napoleonic Wars.

Vincenzo has spend a lot of time working on the backend of the network engine as well as the melee hit detection. But as usual it is difficult, next to impossible, to showcase any of these changes. So instead, here are a few changes that we can actually show you.

Melee direction Indicators
We have added melee direction indicators to the game. The indicator will help displaying which direction of attack/block will be executed next. There are various settings which allow modifying the indicator to your liking, including disabling it completely.

The indicator checks for the currently selected swing or block direction and displays an arrow pointing in that specific direction. For example if your last camera movement was to the right, the melee indicator will be be pointing to the right, informing you that if you press the left mouse button, you will execute a right swing.

In addition to informing you about the selected direction, it also informs you about the actions that are available. A sword will display if you can attack, and a shield will display if you can defend. This means that you could in theory have up to two arrows at the same time. For example, a bayoneted rifle only has up and down attacks, but can defend in all 4 directions. So, if your last attack was an up attack, but your last camera input was to the left, it would show you two arrows. One pointing to the left with the defend/shield icon and one pointing up, with the attack/sword icon. If you now pressed the left mouse button, you would be executing an up attack, but if you pressed the right mouse button, you would be executing a left block.

Advanced melee settings
We have added a number of new melee settings, which should make it easier for players to adjust the game to the play style they prefer. Here are the new settings with explanations as to what they do.

Left-Right Sensitivity
How sensitive is the melee direction detection to the left and right? The more sensitive, the more likely you are to attack/block left or right.

Up-Down Sensitivity
How sensitive is the melee direction detection to up and down? The more sensitive, the more likely you are to attack/block up or down.

Melee debug tracers
We have added a setting which will allow you to view the melee debug tracers. These tracers will give you an accurate representation of how the server handles melee weapon hit detection.

We have added a surgeon class that can heal players that have been damaged. Just like in Napoleonic Wars, surgeons need to use a bandage and hit damaged players with it to heal them. A single player can only be healed up to a certain amount of hit points. This is done to prevent players from getting healed over and over again and never getting killed. 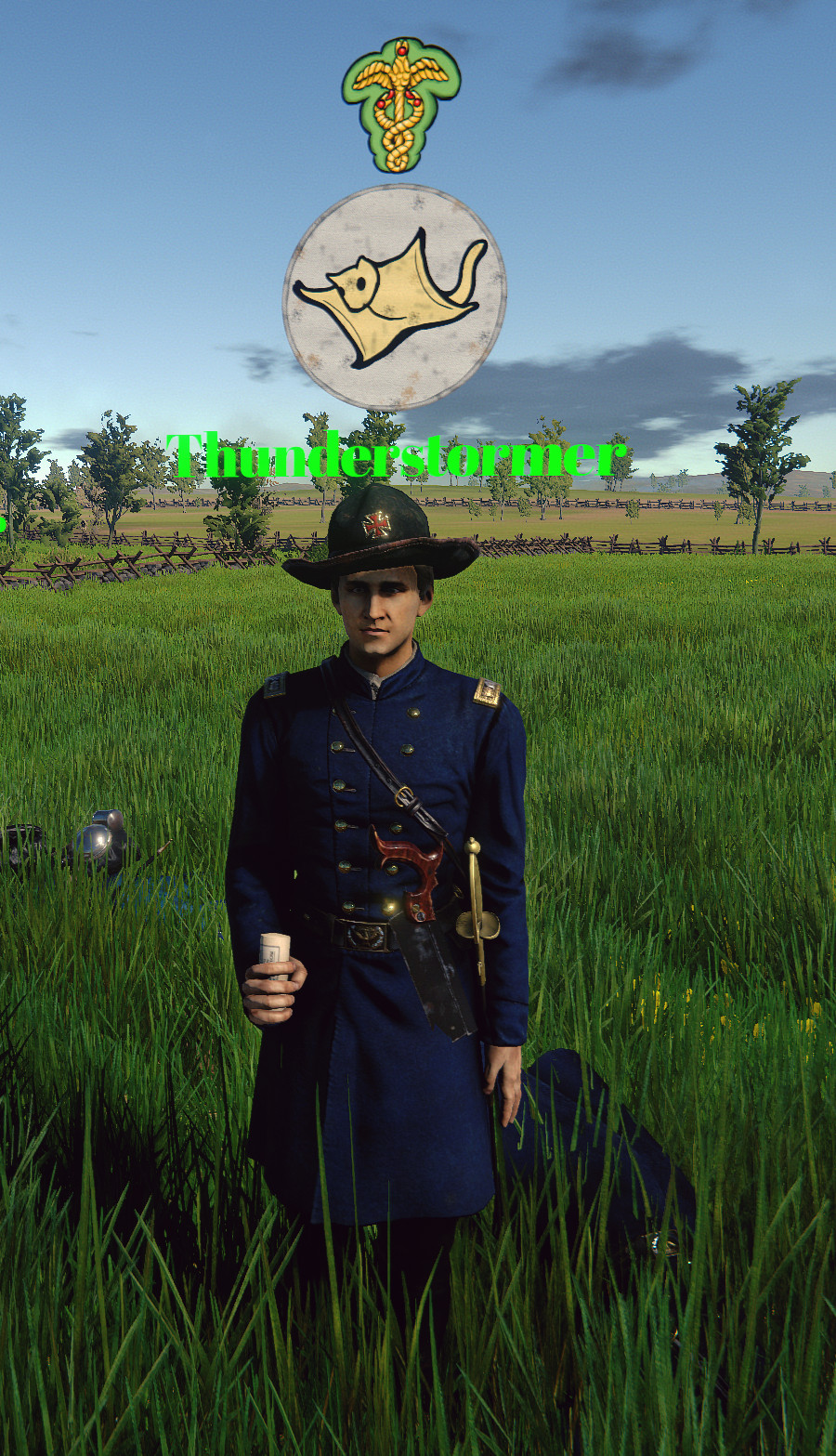 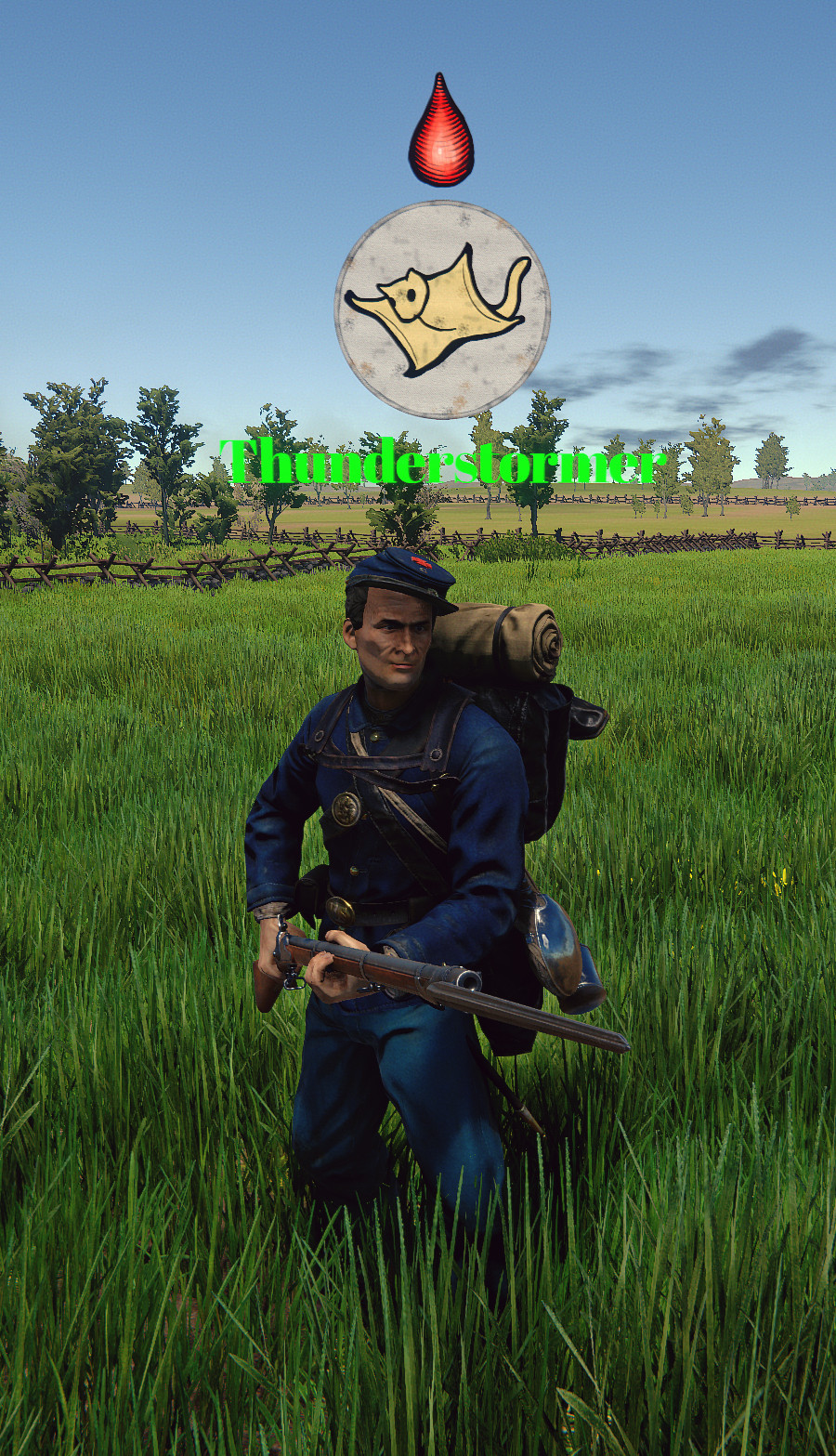 One of our freelancer has recently finished work on the Model 1859 McClellan saddle including various accouterments. Although the model is still WIP and requires a few changes, we thought that it would be nice to show you a sneak peak of the saddle in its current state. 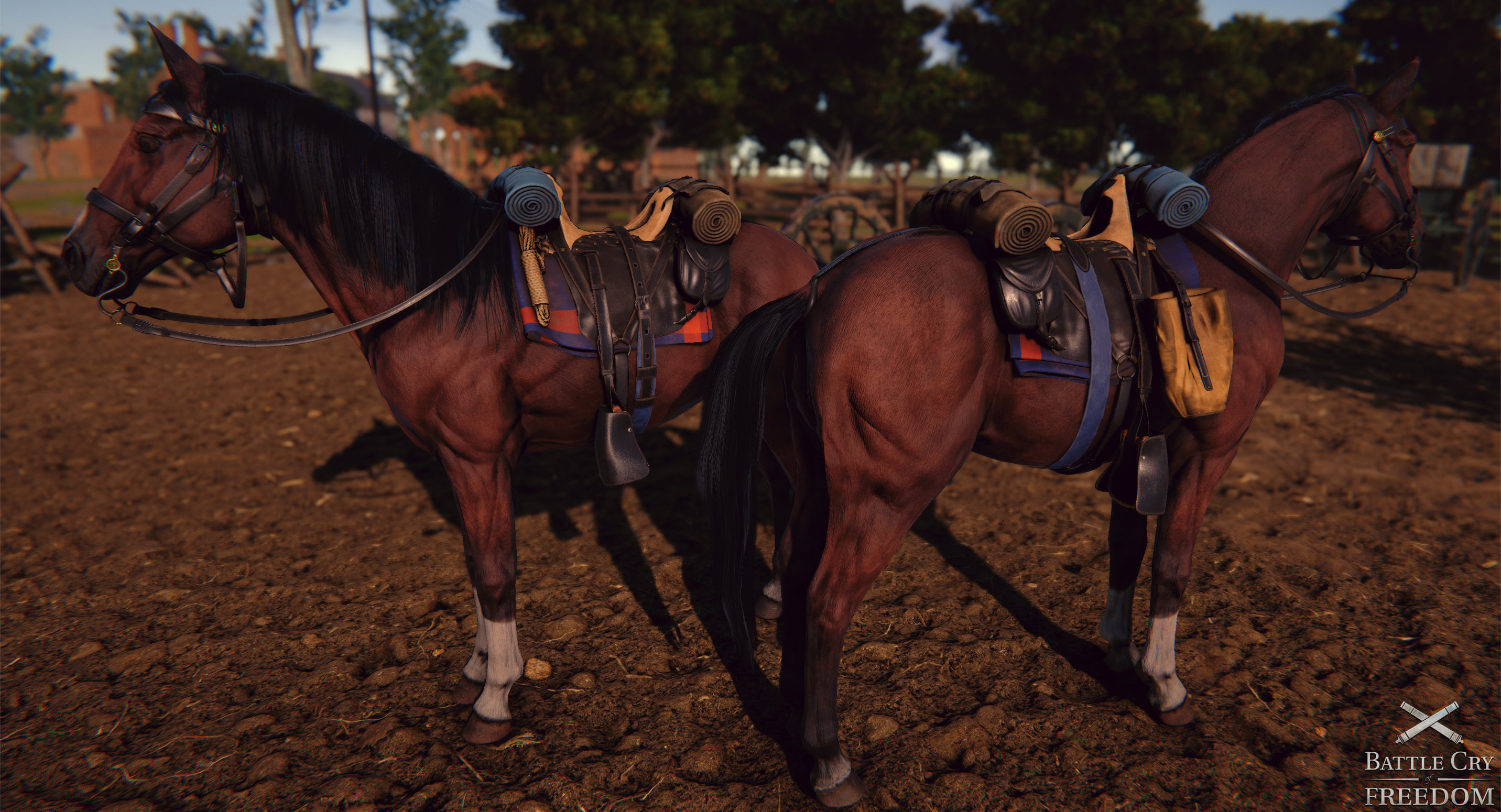 Thunder has finally added the ability to change any of the keybinds. He has also added a lot of new settings to the Miscellaneous branch of the options menu. This should allow players to adjust the game to their liking. 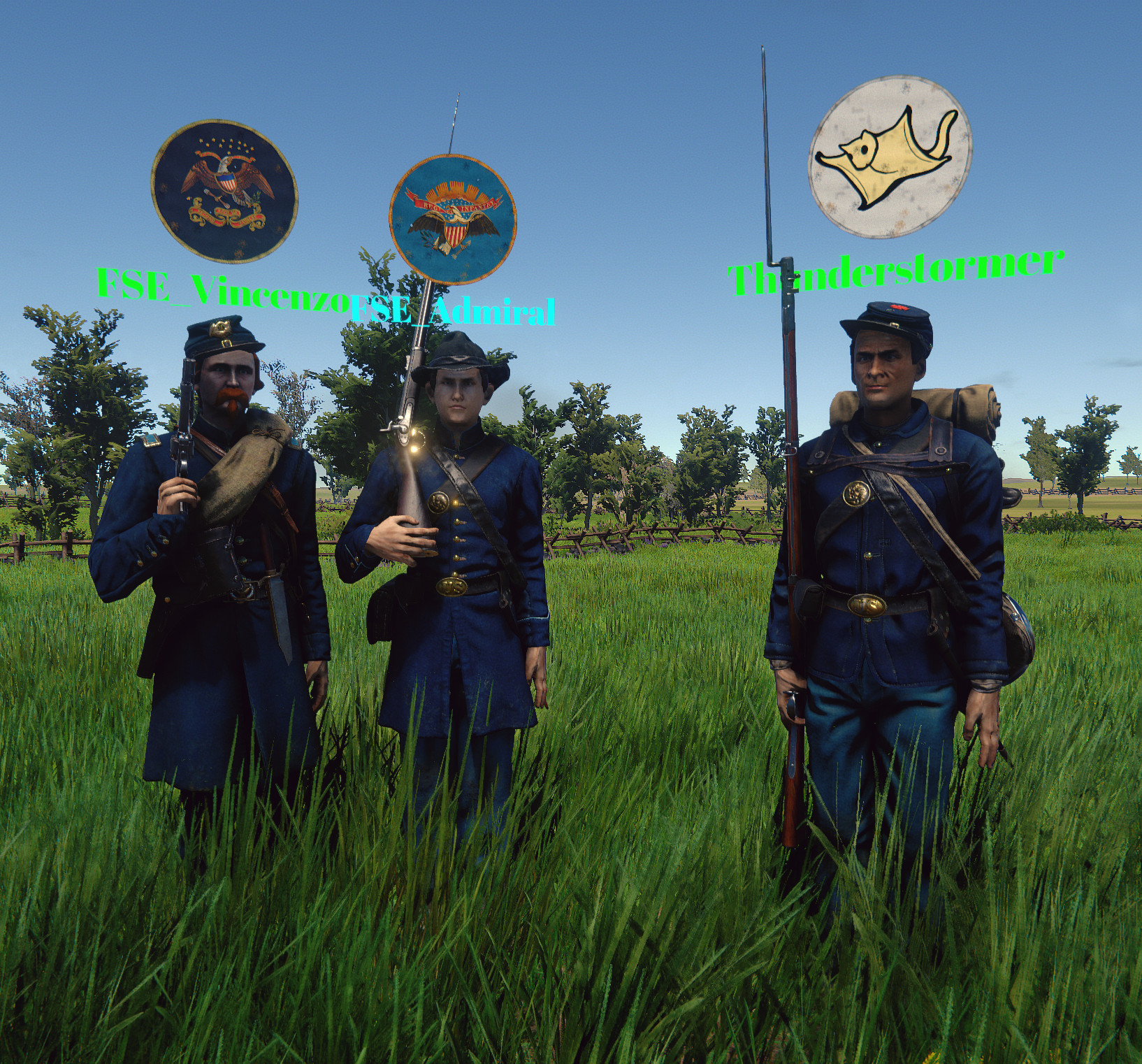 Thank you for reading this progress update. Until next time!
Flying Squirrel Entertainment


Join the discussion of this blog here.