Hello and welcome back to our Developer Blog. This is another small scale progress update, just to keep you informed about some of the stuff we have been working on, and to show you that we are still alive. As usual, we have done A LOT of stuff behind the scenes that we can not really show you, as it includes stuff like rewriting the network engine, performance optimizations etc.

WARNING! THIS IS ONLY A SMALL EXCERPT OF OUR FULL BLOG. PLEASE HEAD OVER HERE TO READ ALL OF IT!

More Confederate gear
Admiral has finished a large number of items since the last Blog and as such we want to highlight just a small set of English Leatherworks as well as a couple of hats. The in-game renders below show only a small number of available variations for the hats and leather.

On the screenshot below are, among other items, some of the most popular British imported accouterments, such as Pattern 1854 frog, in this case paired with Pattern 1853 socket bayonet scabbard for the Enfield rifle-musket; Pattern 1860 cartridge boxes produced by Ross&Co and S.Isaac Campbell &Co companies, paired with the standard black leather pouch belts, originally designed for the British rifle regiments, and standard five-compartment tins for the enlisted ; Pattern 1856/1857 cap pouches or pockets, both in rifle black and buff colors and the Pattern 1854 waist belt featuring a typically British snake buckle. All of these items were extensively used on all three theaters of the Civil War in considerable numbers, and we’re happy to duly represent them in our game. 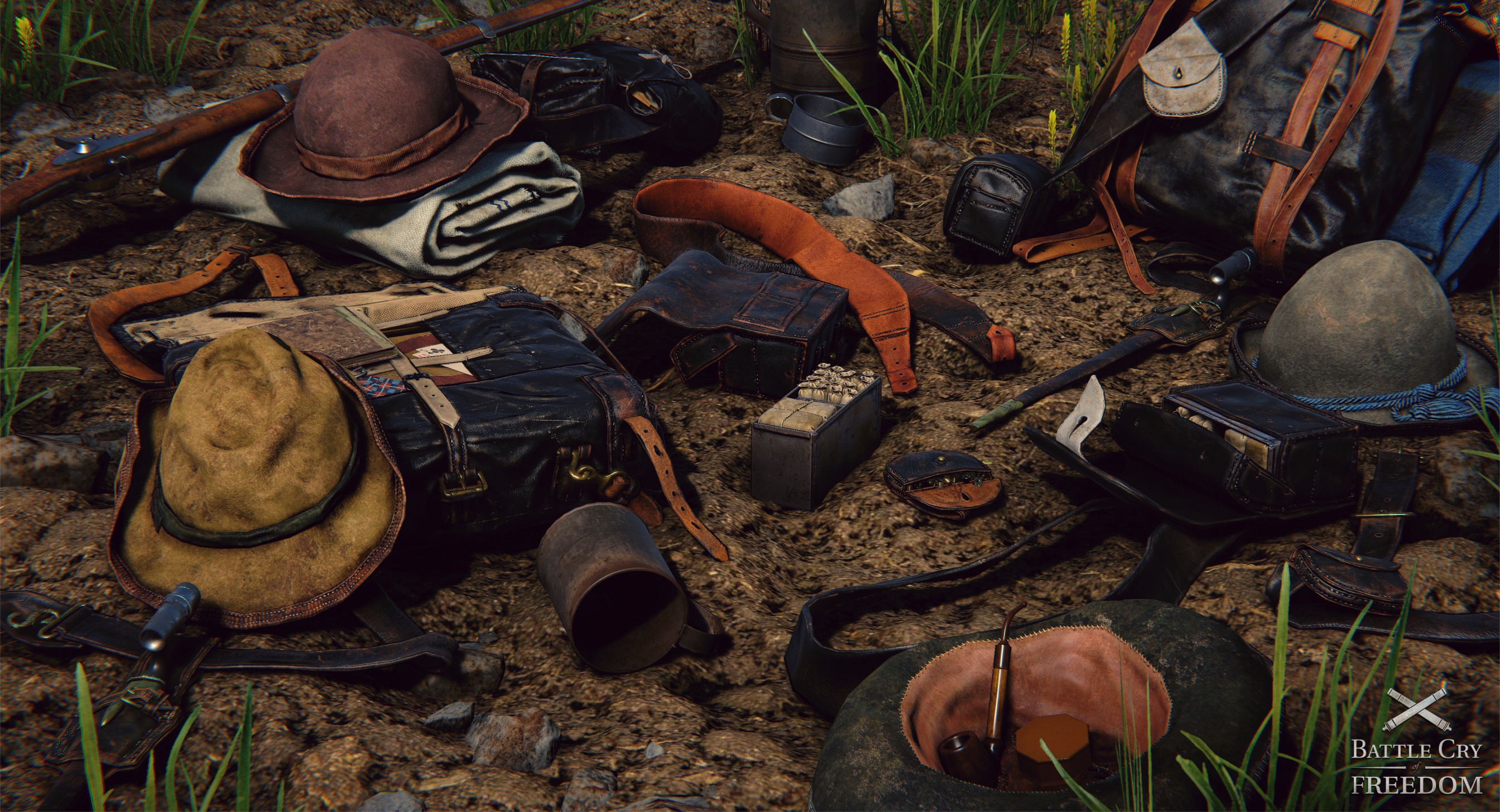 New Maps
"River Crossing" is a remake of the popular Napoleonic Wars map of the same name. It features a roaring river in the center of the map and just like in NW, there is a wooden bridge on the right and small crossing on the left. However, this version of "River Crossing" does not have a small town, but a tavern with a toll gate. A long plank-road leads right through the middle of the map, with corn and wheat fields to the left and right. The east bank of the river has a small confederate artillery battery, overlooking most of the map. 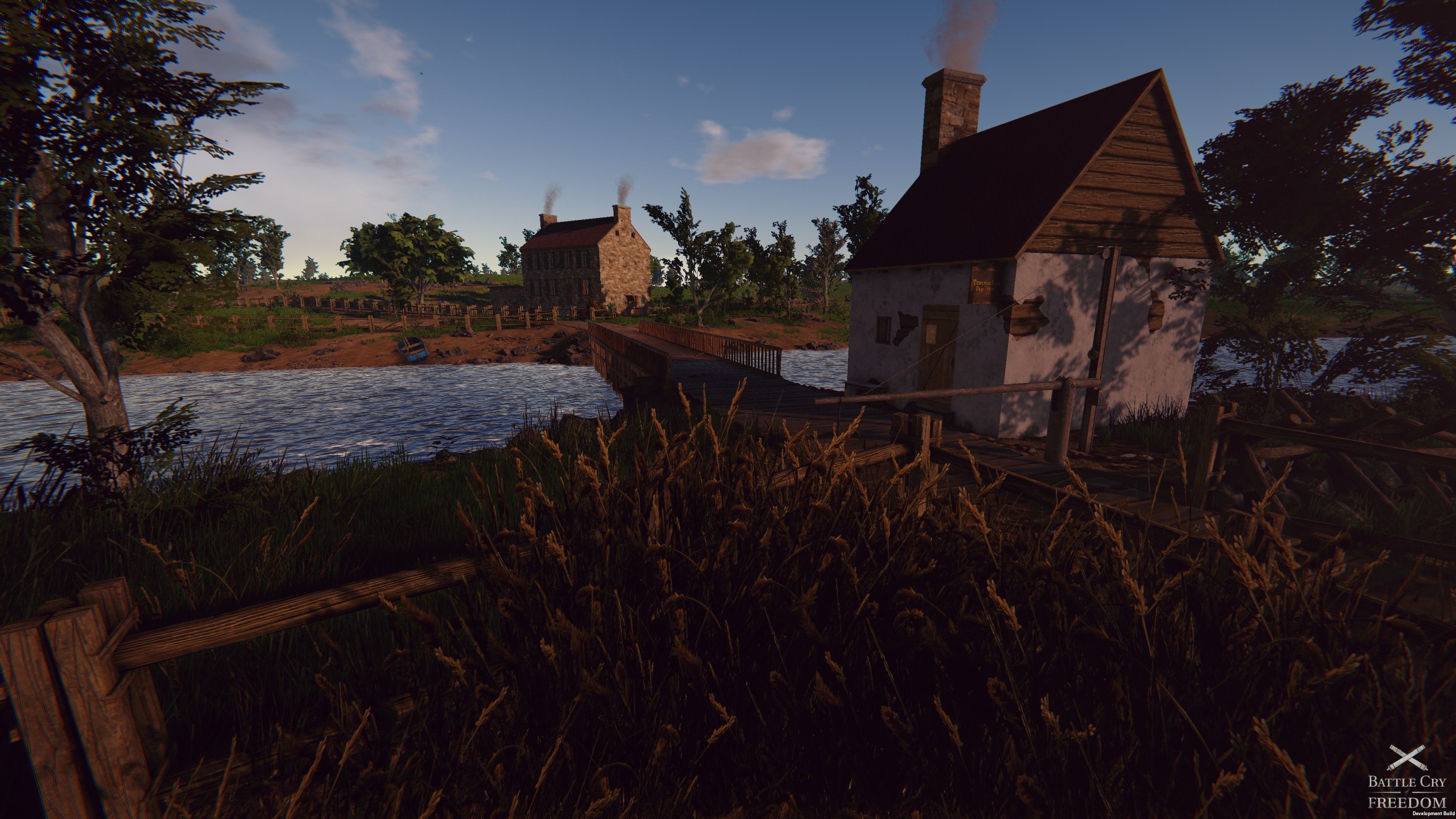 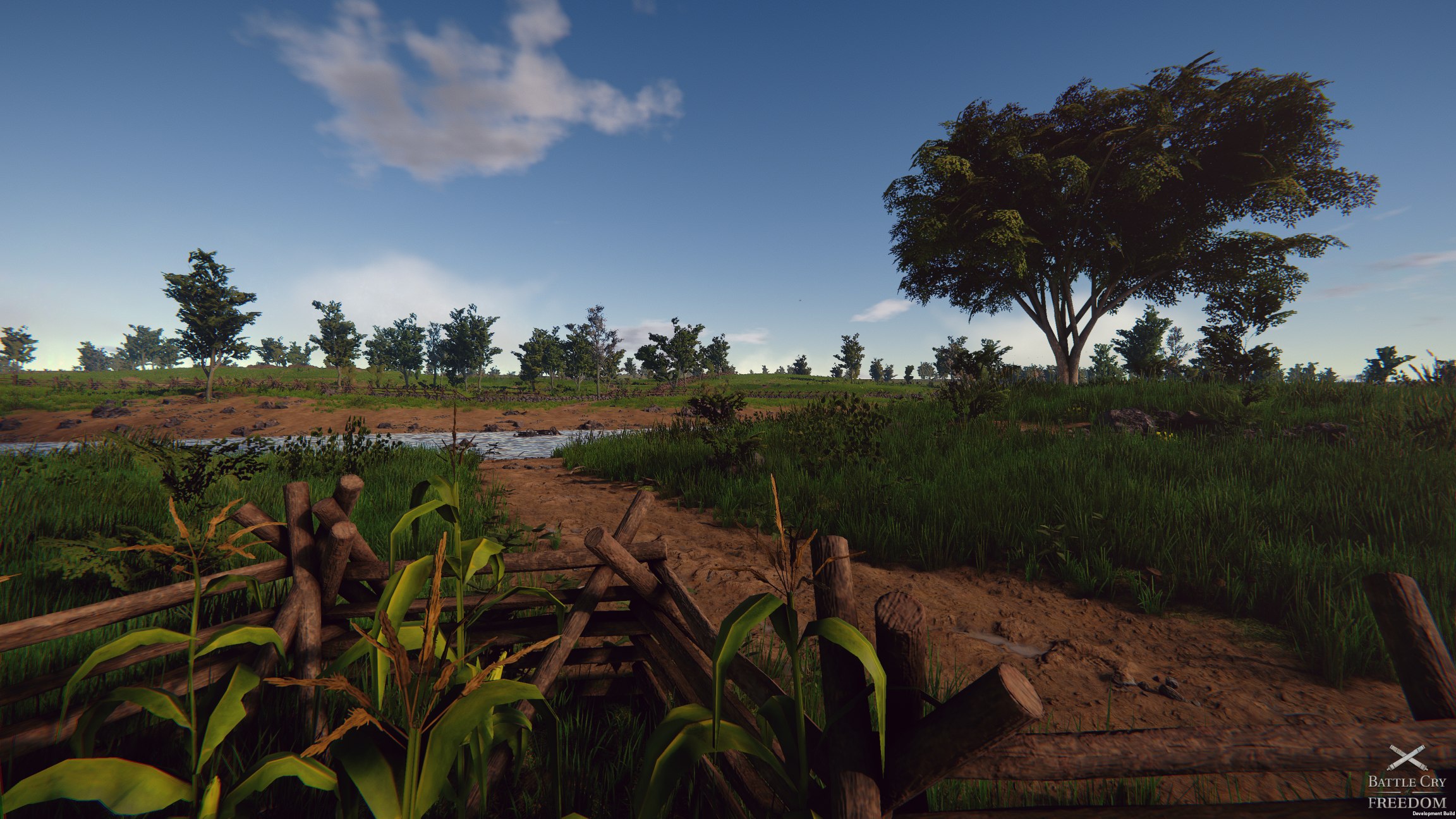 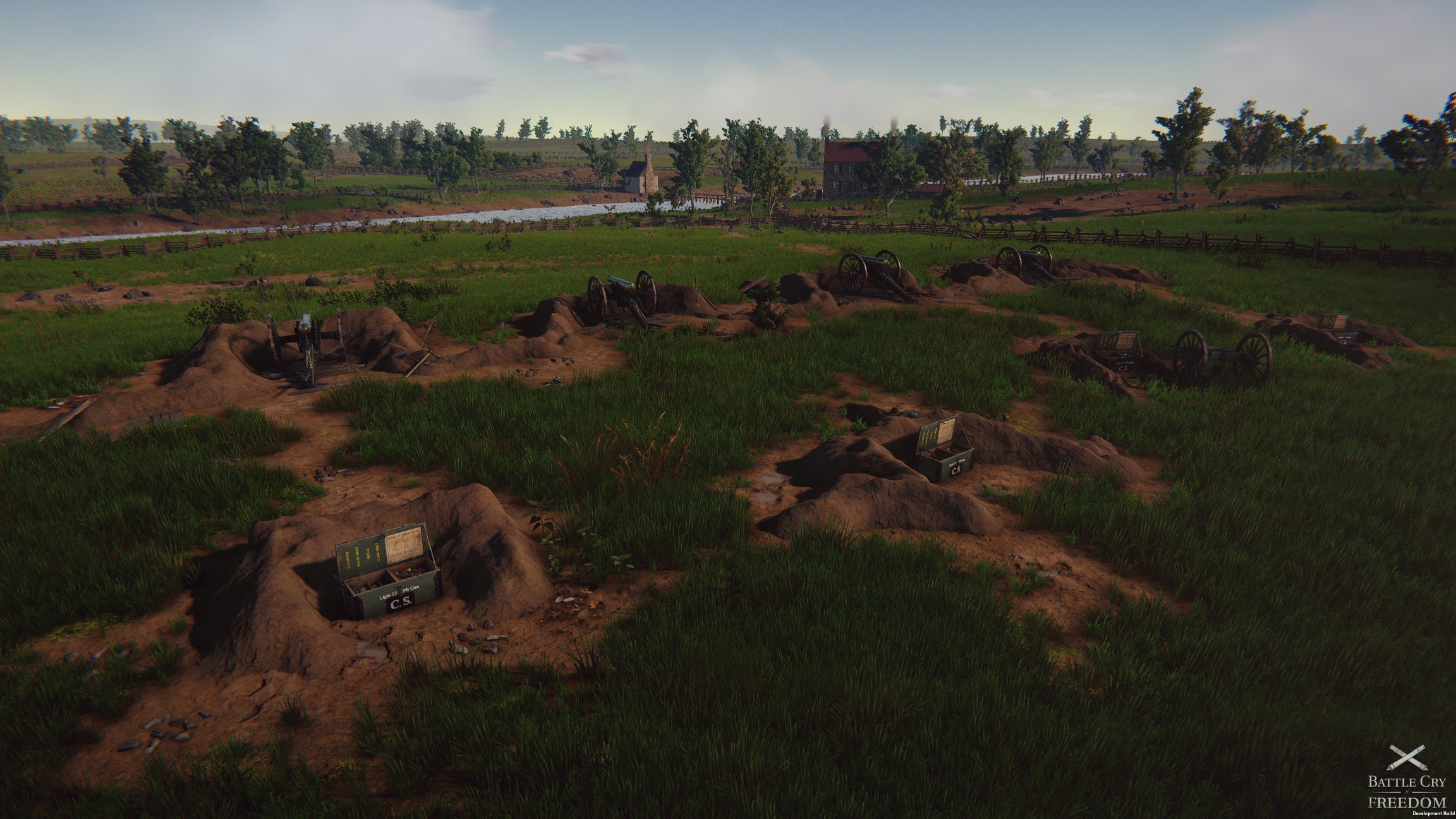 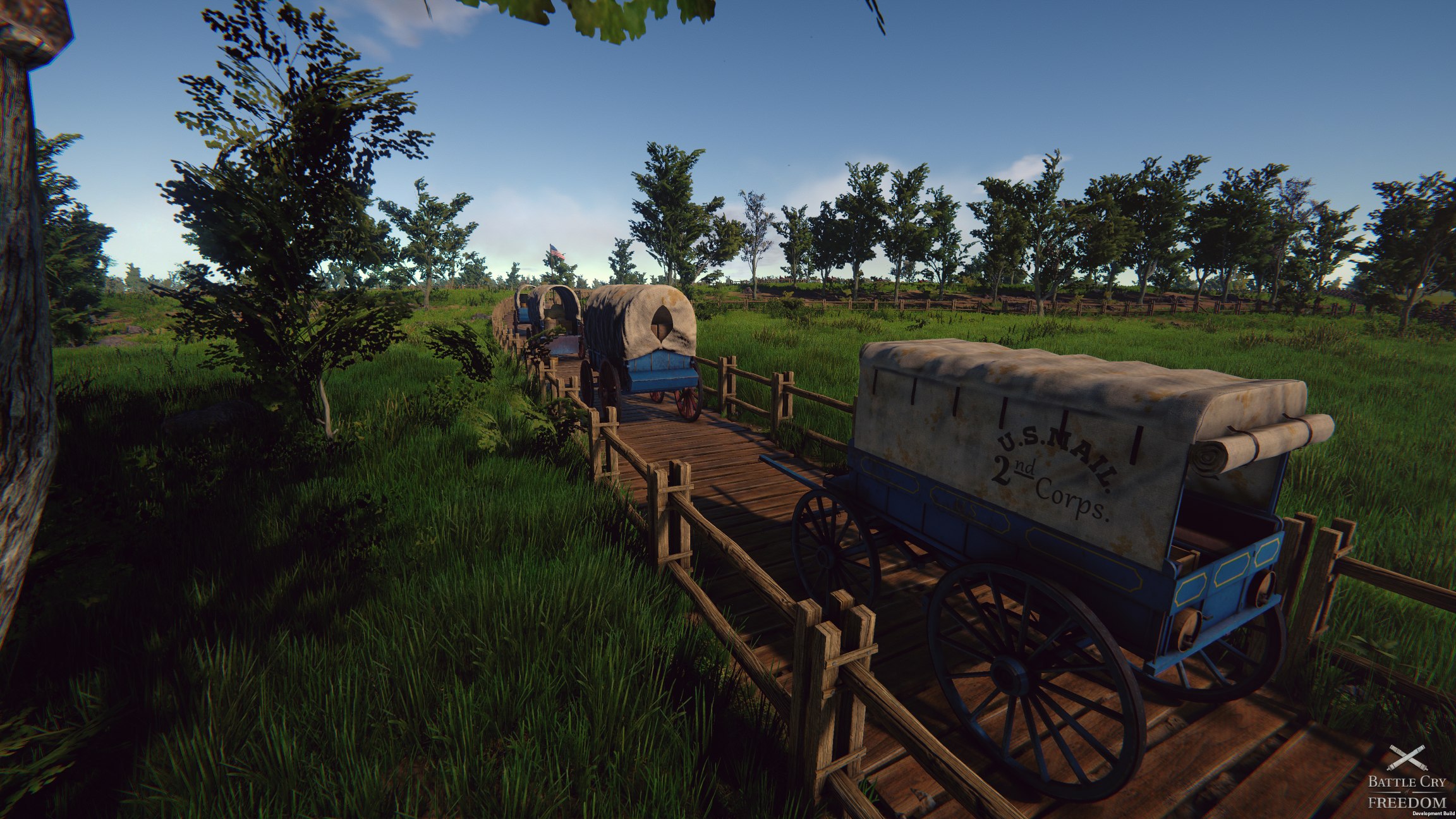 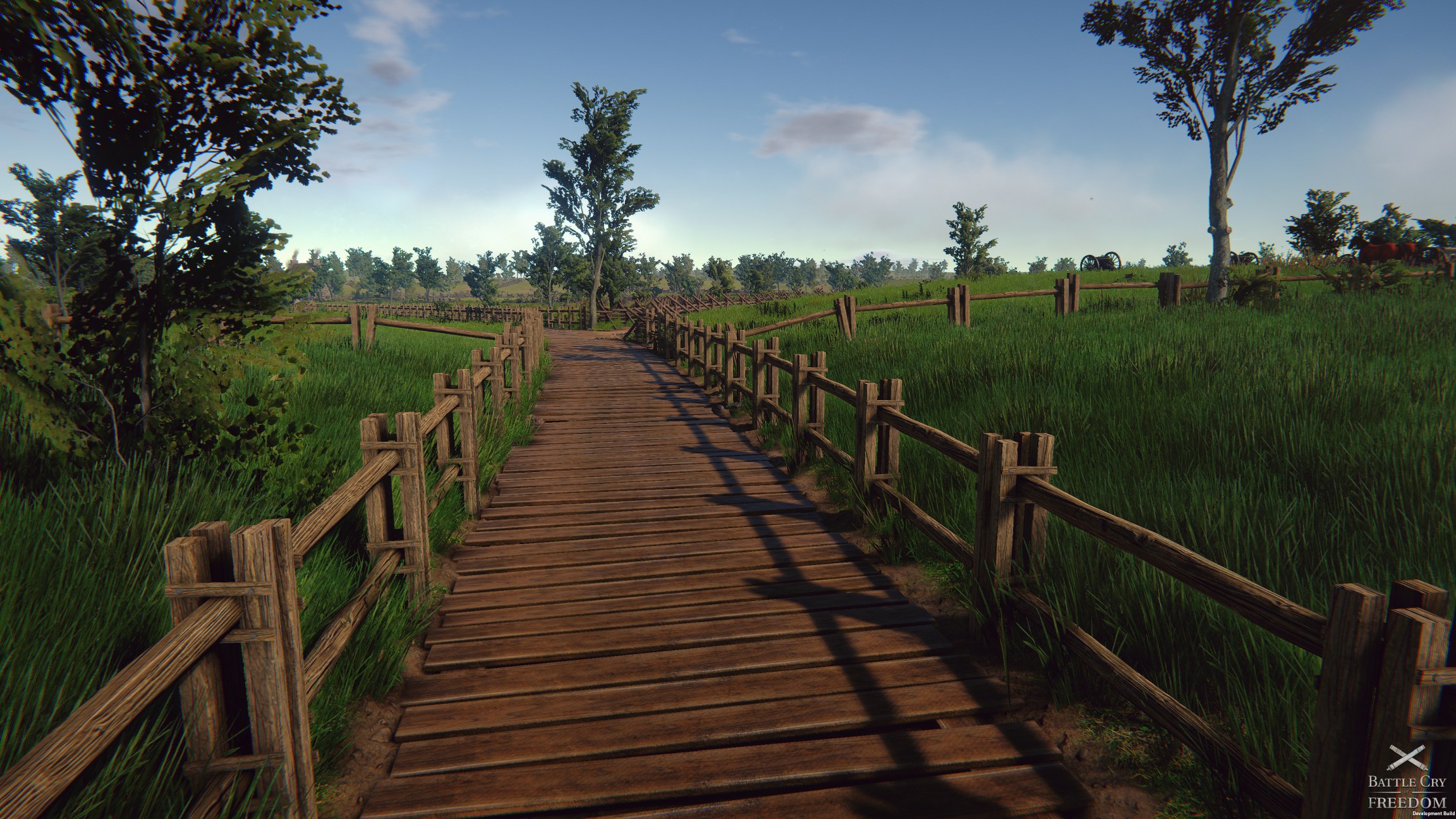 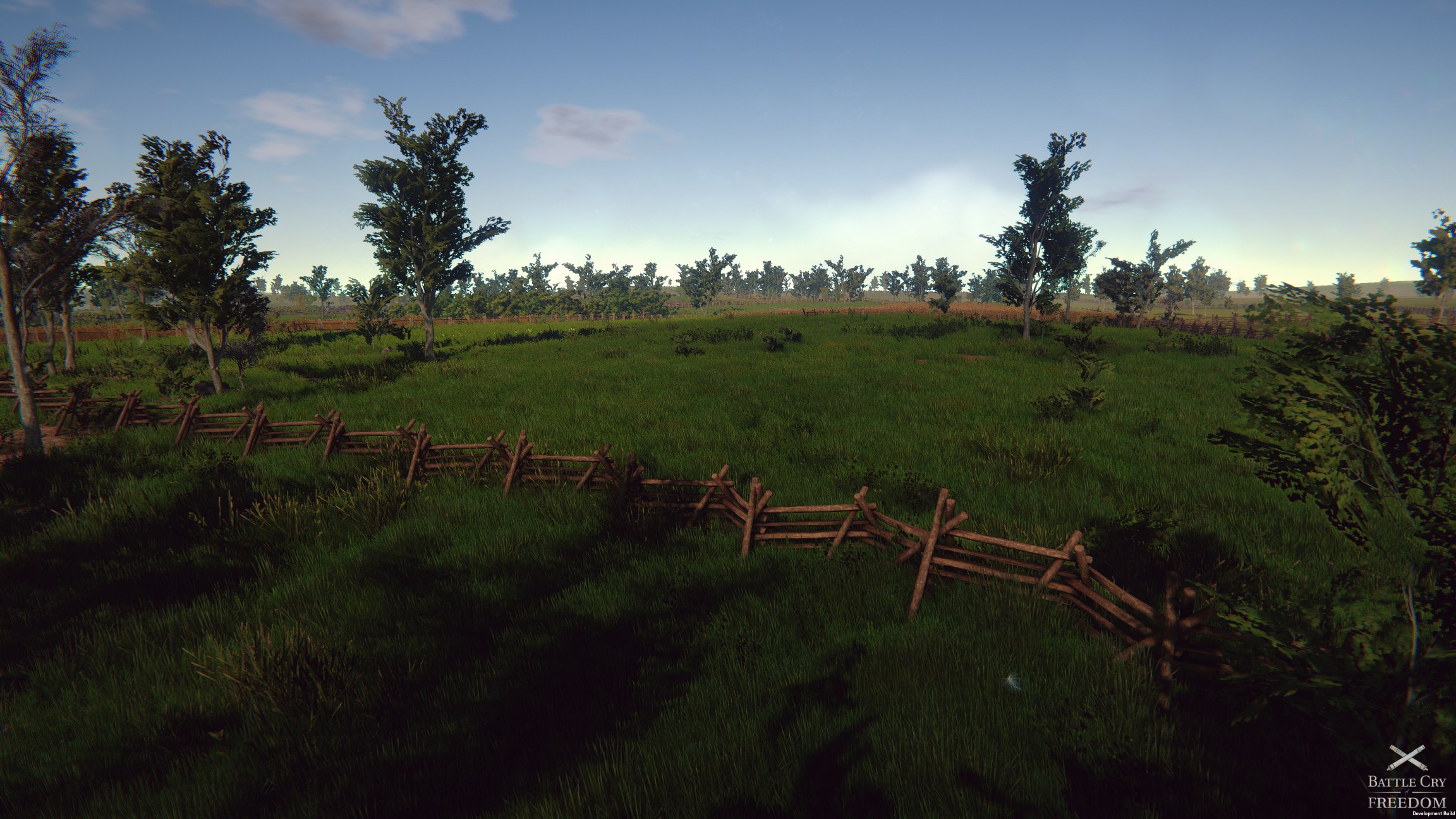 "Schemmerbach" is another remake of a very popular Napoleonic Wars map. It too features a small river in the center of the map that divides it in half. The map is overlooked by a small Roman-Catholic church on a hill at the edge of the map. The windmill that served as spawn point in Napoleonic Wars has been replaced with a small farm at the same location. It is right next to a large sorghum field, which will also double as a capture point in conquest. 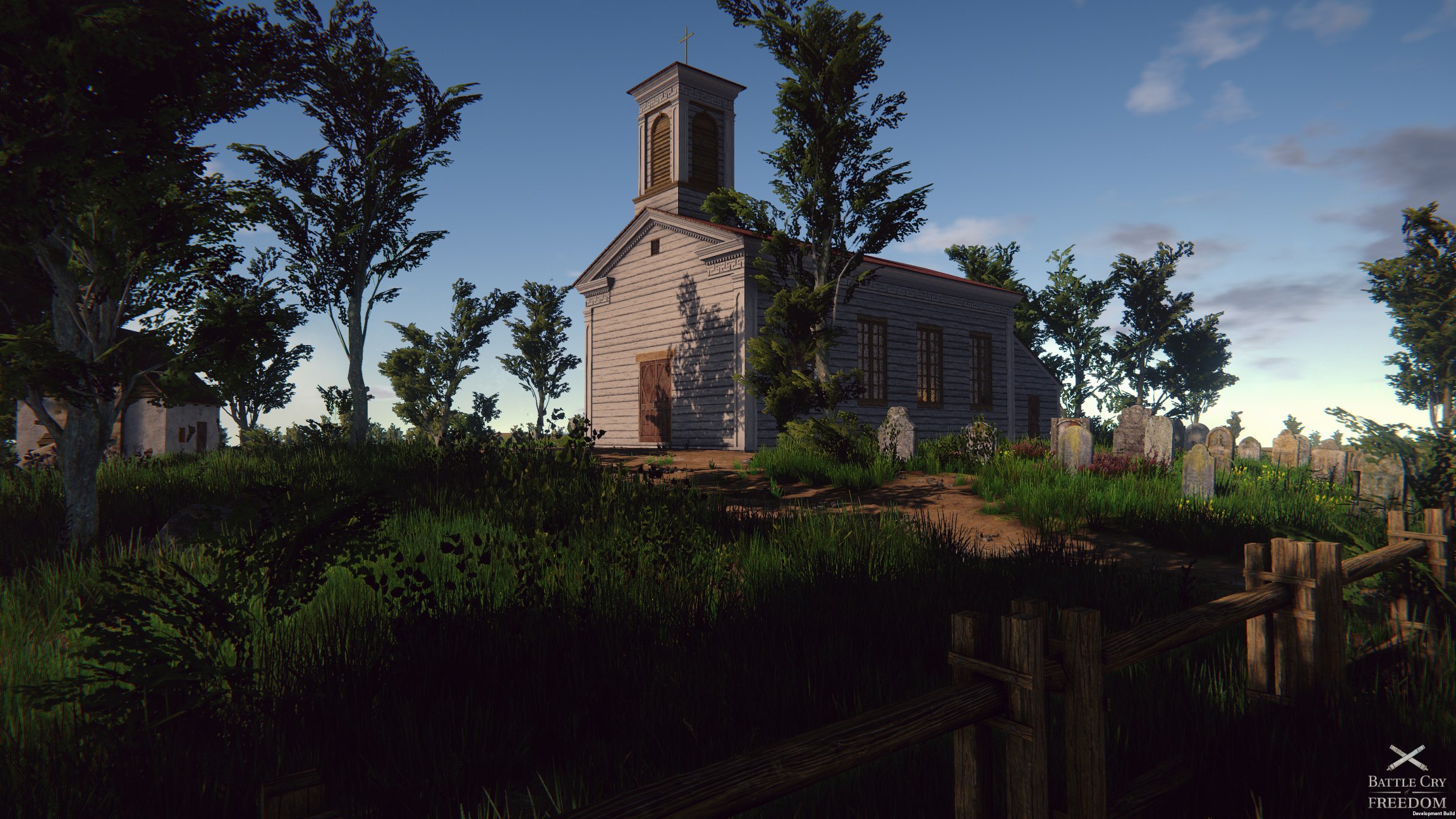 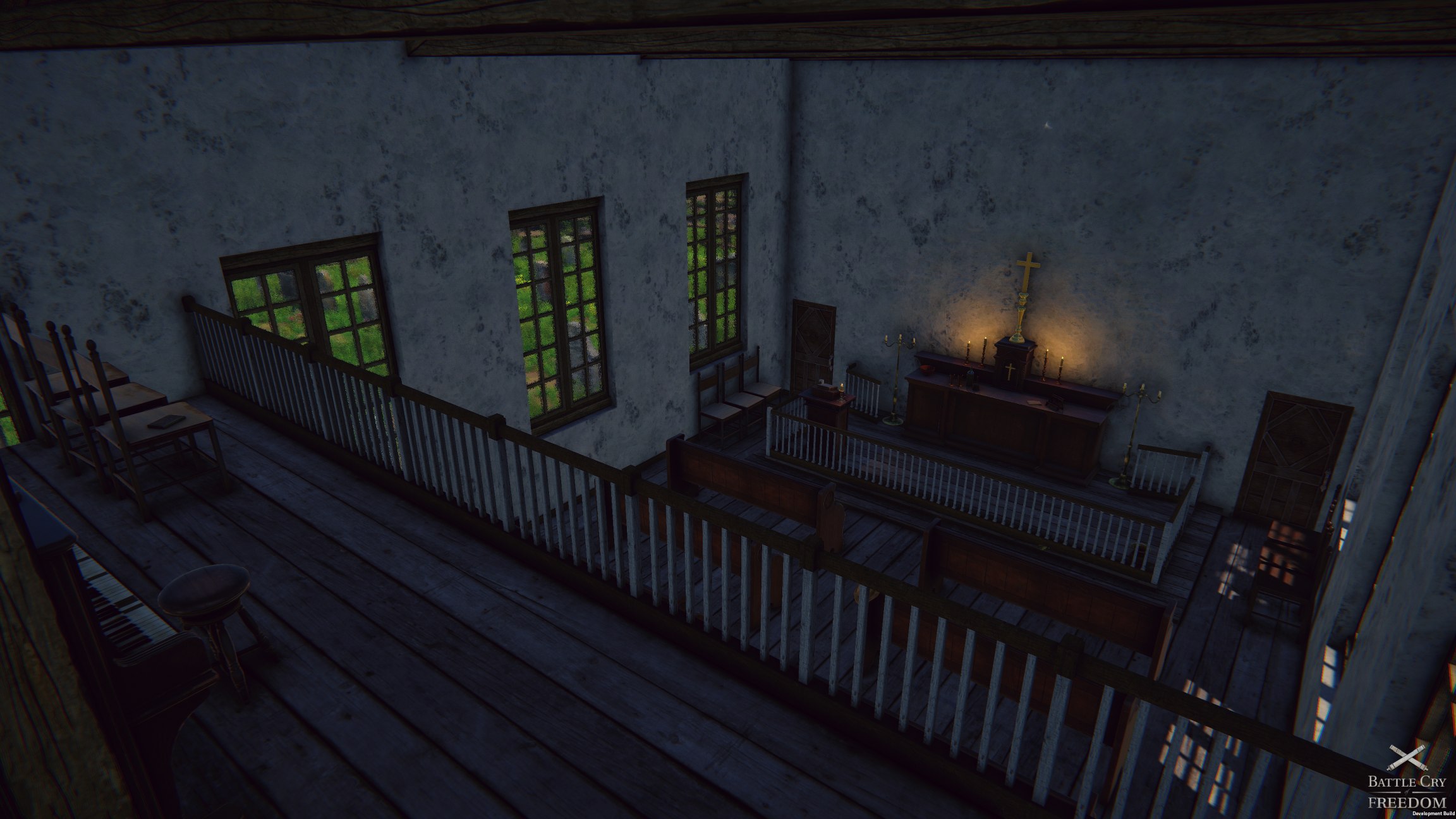 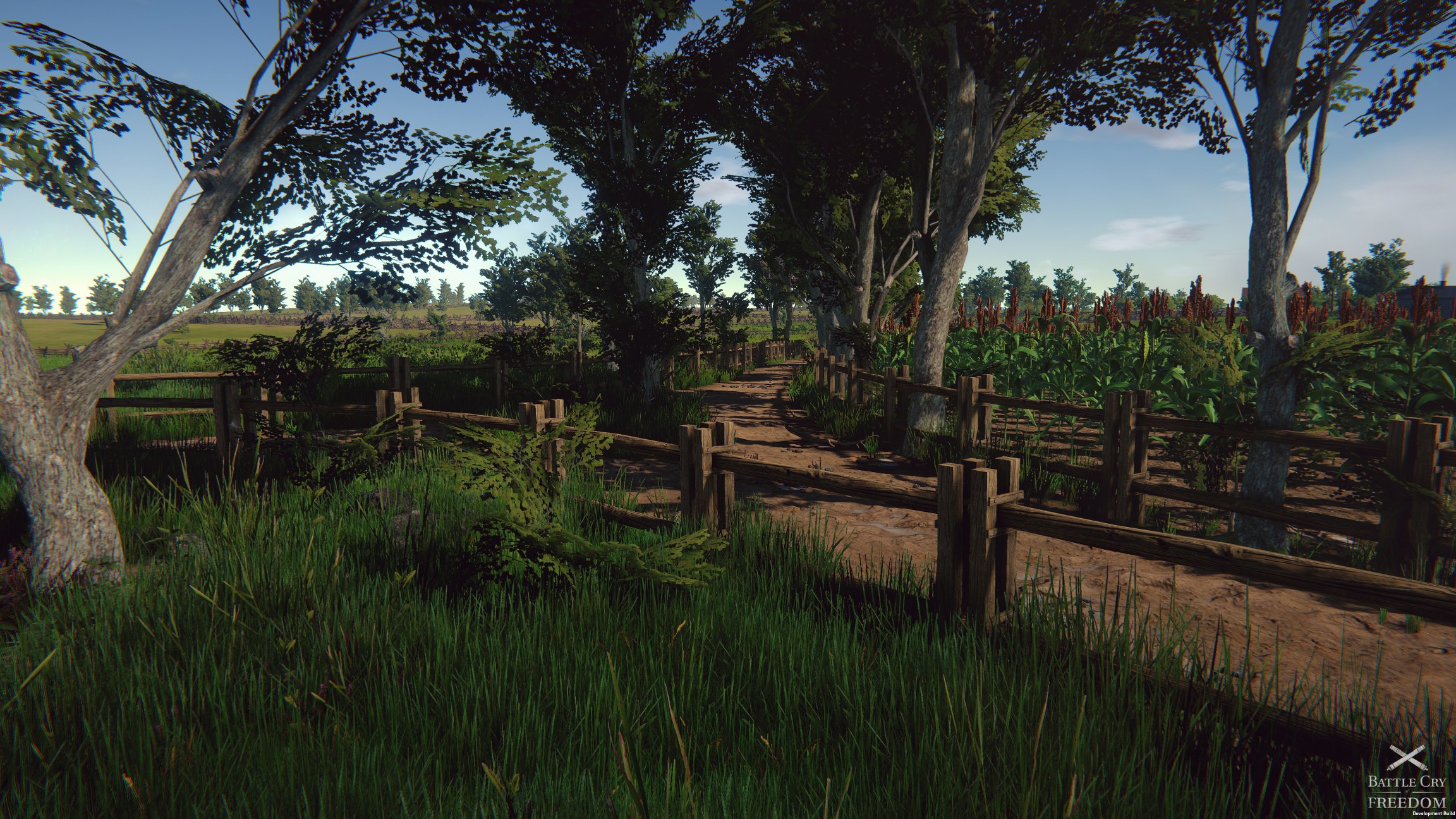 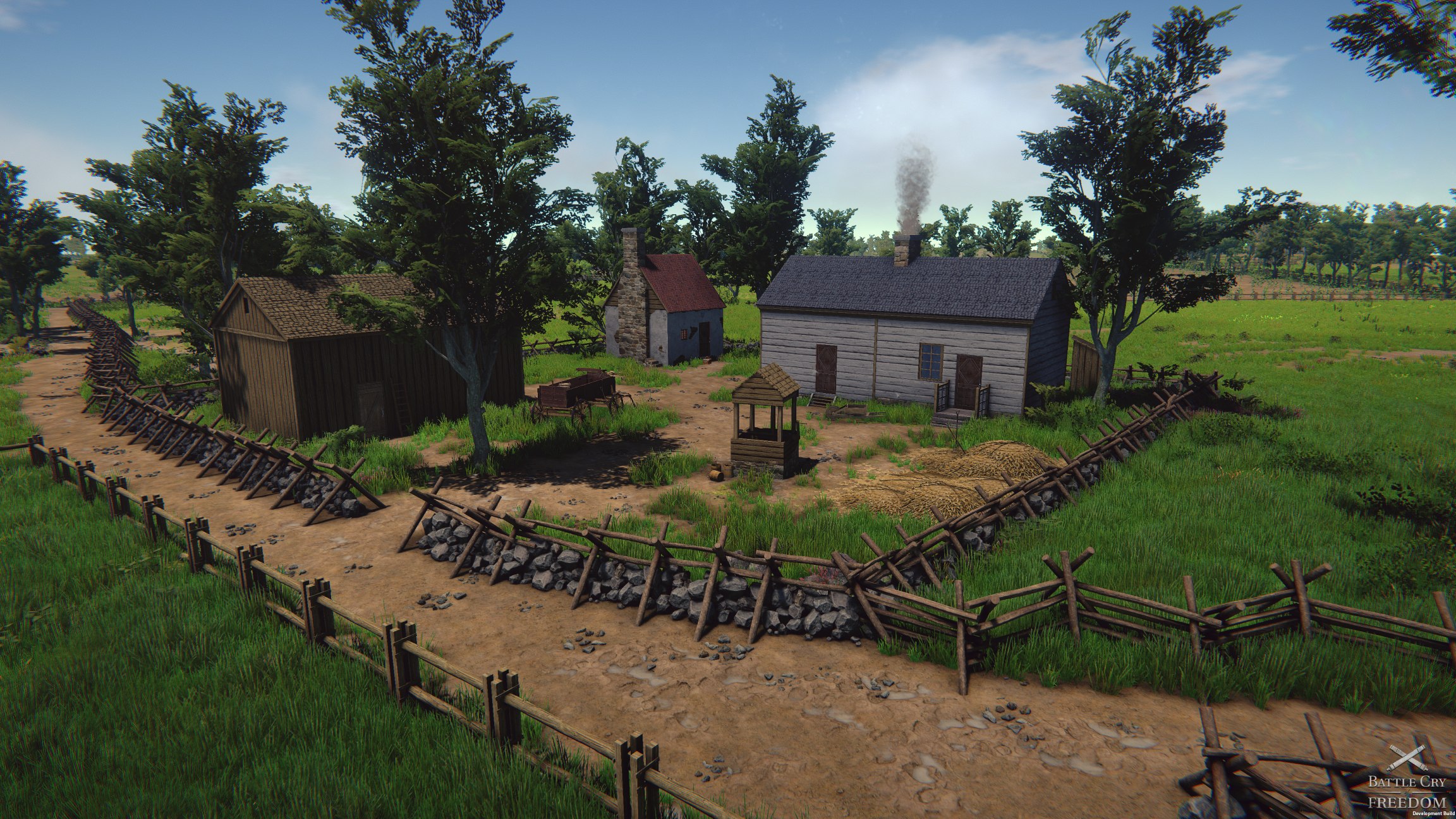 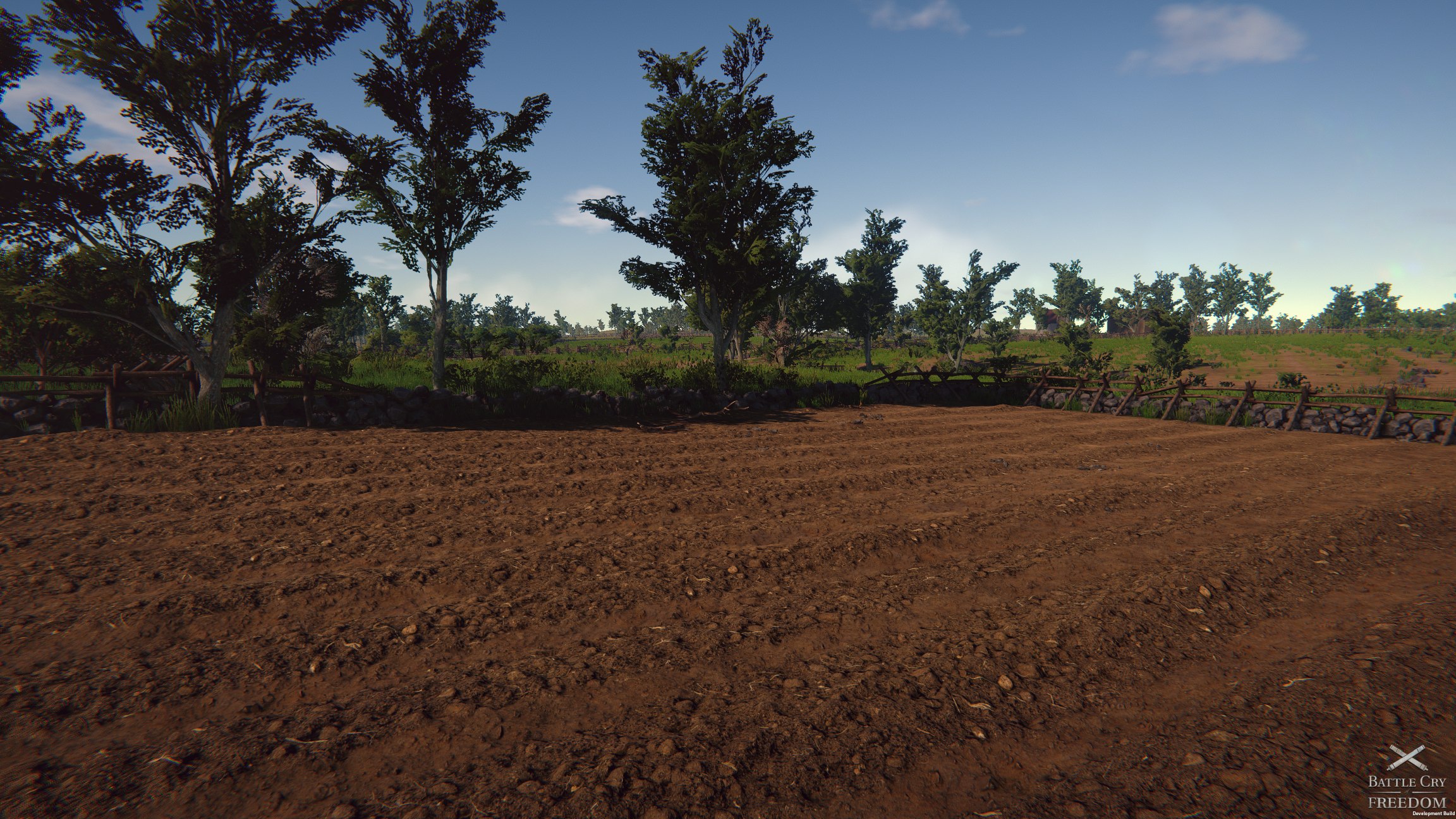 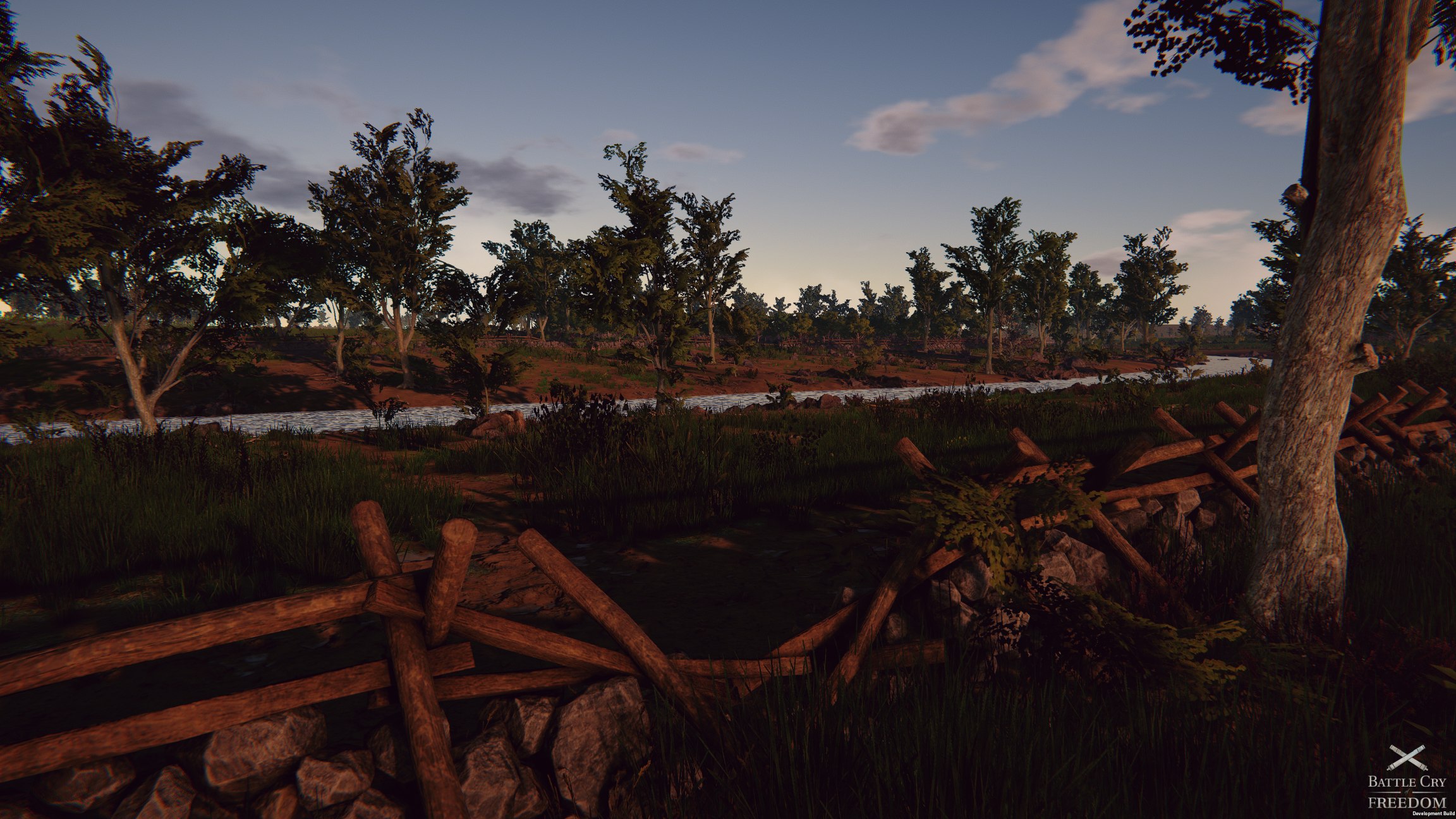 New Items
We also added a number of new items to the game. With the new items, the total count of usable items is now at 138. But don't worry, we plan to add more! Below are in-game renders of some of the items we added recently.

The Pattern 1856 Short Rifle was a standard British military rifle that had been adopted for British service before the outbreak of the Civil War. The P-56 was meant to replace the older Baker and Brunswick rifles and was therefore issued to all "Rifle" regiments and Sergeants in the regular infantry. The rifle was technically identical to the regular P-53 Rifled-musket, as it had the same rifling and mechanism, but it was much shorter with only 2 barrel bands. However, to compensate for the shorter length of the rifle, a sword bayonet could be attached which would bring it up to the same length as the 3-banded Rifled-musket that the regular infantry was carrying. The P-56 was imported by both the Federal and the Confederate government and issued to a large number of troops, especially early on in the war. In BCoF, we will also have the yet shorter, Artillery variant of the rifle.

The Philadelphia Deringer (Center) was a small percussion handgun designed by Henry Deringer. It was a very popular pocket pistol of the era, as it was small, light, but could still "pack a punch". It probably is most famous for being the handgun that John Wilkes Booth used to assassinate President Abraham Lincoln at Ford's Theatre in Washington D.C. on April 14, 1865.

The Navy Elgin patent cutlass pistol (Right) is a very interesting gun. It was produced by George Elgin in 1838. Elgin managed to receive a contract by the US Navy and produced 150 cutlass pistols for the Wilkes-South Seas Expedition. As such, it is the first Percussion gun in US Service. The handgun is a single shot .54 caliber muzzle loader with a 11 inch long bowie knife permanently attached to its barrel. The grip has a protective hand guard. While not extremely popular, a few Elgin Pistols were used in the early stages of the American Civil war. In the game, the pistol will be the only handgun to have the ability to be usable in melee mode.

The Volcanic Repeating Arms Company Lever-Action Navy Pistol (Left) was one of the first magazine loading pistols. Even though its design was revolutionary, and lead to the development of the popular Henry Rifle, the Volcanic itself was a very poorly performing handgun. Its "Rocket Ball" cartridge placed the black powder in the cavity of a conventional lead bullet. This meant that the projectile would leave the handgun at the suboptimal speed of a mere 70m/s.

Thank you for reading this progress update. We are currently in the final stages of preparing the game for an early alpha test and as such we are currently very busy. We are prioritizing game development over writing Blogs, so please bear with us if updates are rather spread out.