The update 0.1.0 has arrived, here is the changelog and news about the game!

Posted by JohnAndrewsGames on Apr 20th, 2019

Basis-9 War: Update 0.1.0 has arrived!
In this version of Basis-9 War, I've added many cool things, like interactable storage places, dialogue in some places, doors to access areas inside buildings, a quest to free a prisoner that's an apparent ally, and that may be it.

Switches and storage boxes, they glow to indicate that they can be interacted with.

Now the weapons at the start of the game are inside a ship's storage unit:

Doors to enter areas inside of buildings:

What information could this prisoner hold? 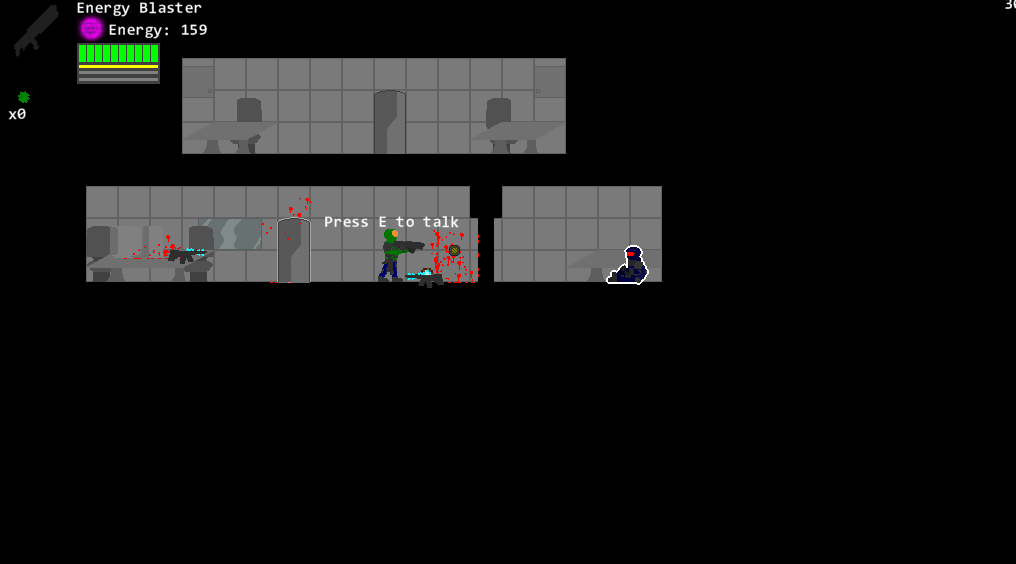 -Blocking zones so that the player doesn't move to certain places.

-Doors that will take the player to locations inside buildings.

-Added prisoner and prison key.-Storage units that have items inside them.

-A new optional area with a new enemy inside.

-Added some dialogue in some places.

-Messages that tell the player when a special item has been added to the inventory.

-Switches now glow white when they can be used, and display a text to indicate use.

-Weapons at the start of the level are no longer out in the floor, but inside a storage unit inside the ship.

-Pause screen now shows the paused game instead of a black background.

-Messages of ammo now get stacked one over the other.

-Weapon swap text is now shown on the bottom right of the screen instead of over the player's head.