One technological advance, from a past age of rapid scientific growth, was
BASIC Form which was capable of compiling tangible binaries.
Since it required very little natural resource for operation, with it one
could produce matter at incredible rates limited only by the compiler used.
Due to the nature of its power it was concealed from the public resulting in
very few knowing the war that was waged during its existence.
The time has come for its legacy to be revealed...

Basic Warfare is a game that blends together the RTS and Action genres, offering a thrilling real-time multiplayer experience that combines combat and strategic economic simulation. Players can command their units to attack enemy forces while also joining in the action themselves. The game also features a unique energy mechanic for units - when energy is depleted, units will start to malfunction. This adds an extra layer of strategy as players can target their enemy's energy sources in order to gain an advantage. 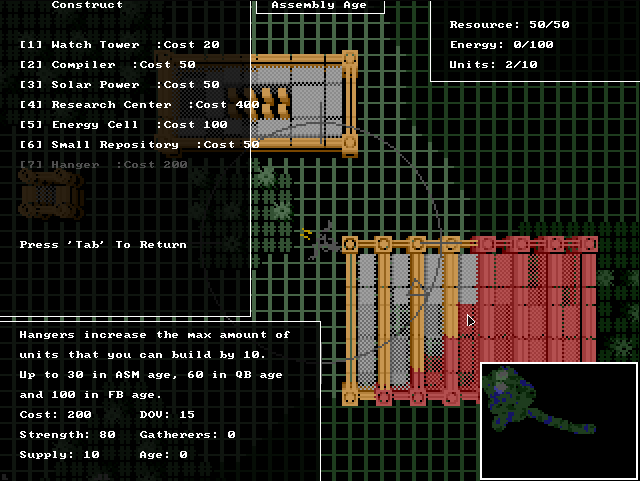