Version 4.54 of By Any Means Necessary has been uploaded. Update includes new battle spell animations, including the Meteor and the Solar Explosion spells. New mechanic. New abilities, equipment and scrolls. Lots of bug fixes and balance adjustments.

BAMN version 4.54 has been uploaded. Some of the changes included in this update:

Some screenshots of the Meteor spell: 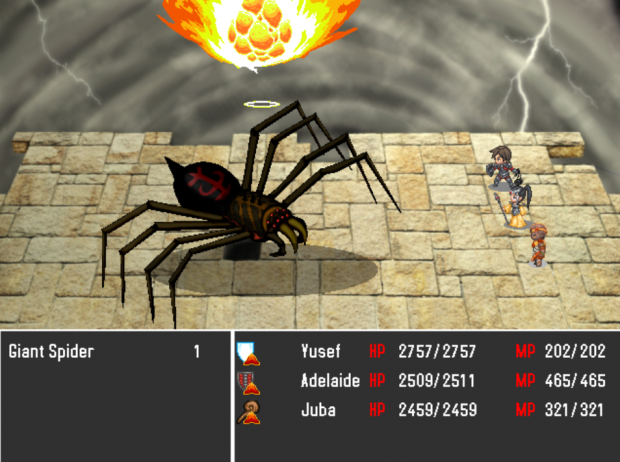 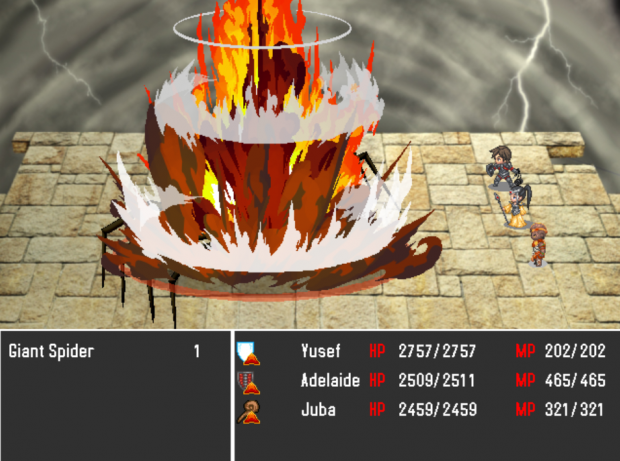 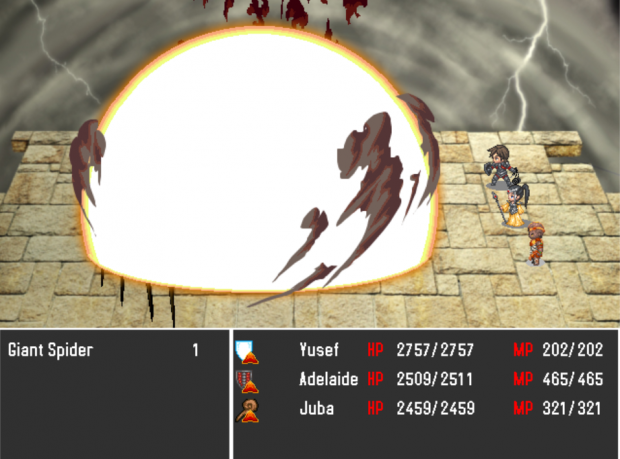 And here are some screenshots of the Solar Explosion spell: 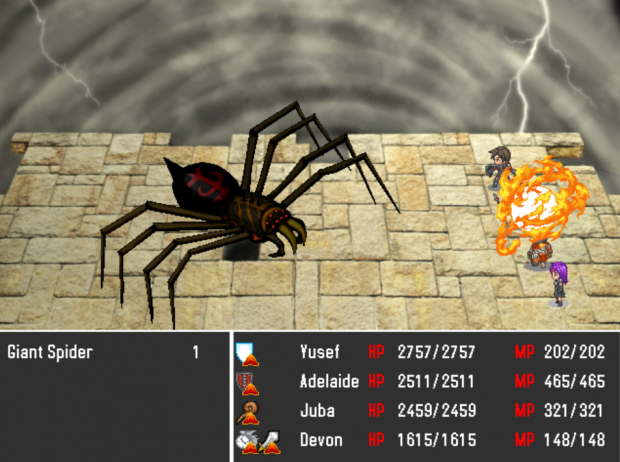 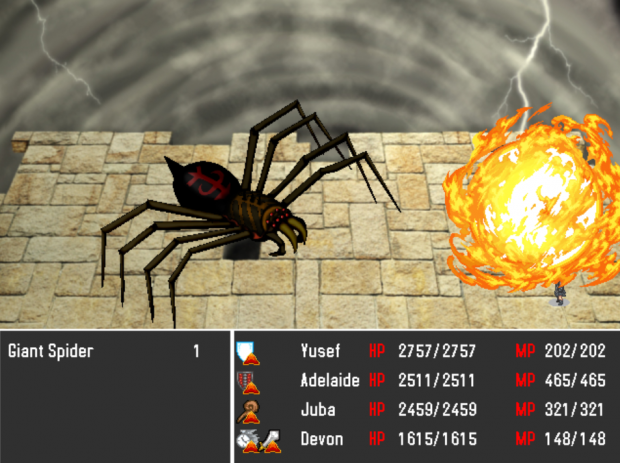 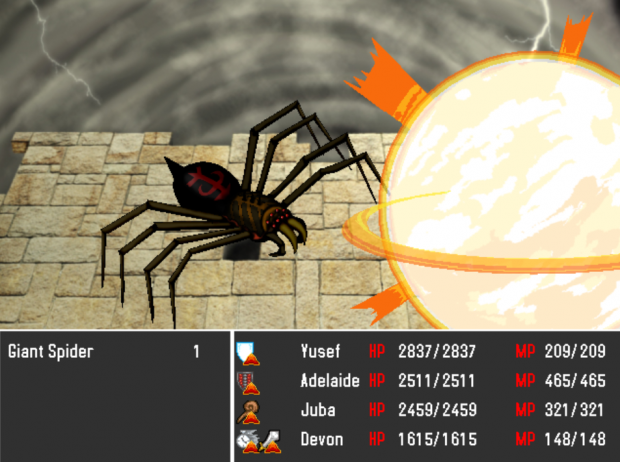 The Meteor Spell can only be obtained by equipping a scroll. The Solar Explosion spell is exclusive to the last boss of the game.

Among the new accessories we have:

And some of the new abilities:

We also re-balanced some of the game's side quests, including the monsters fought in the Pet Arena and the Norsfolk Swamp Hunt.

We also introduced a new mechanic that allows the player to increase the power of the characters' abilities. We would like for the player to discover this mechanic by experimenting within the game.

For the next update, we hope to include some new tilesets and enemy sprites.

As always, all feedback is appreciated.

I like the meteor spell very much, reminds me of the epicness of some of the FF7 spells :)

Thanks a lot. Kodoktua, the artist, did a great job on that one!!

Sorry about that and thanks for trying to play the game. I'll look into that right away.