We have added particle effects for ball contact with certain surfaces, such as dust from dirt textures and splashes for water. When the ball bounces off of certain surface a little particle cloud of dust is created, and there is now also a trail of dust that is follows the ball as it rolls across a surface. When the ball splashes into water, drops of water are thrown up into the air and make little ripples across the surface of the water on contact. We are planning on adding a particle effect for little dust specs floating on the wind, and leaves falling from trees, both of which are intended to help indicate the wind direction and speed to the player while also being aesthetically pleasing. 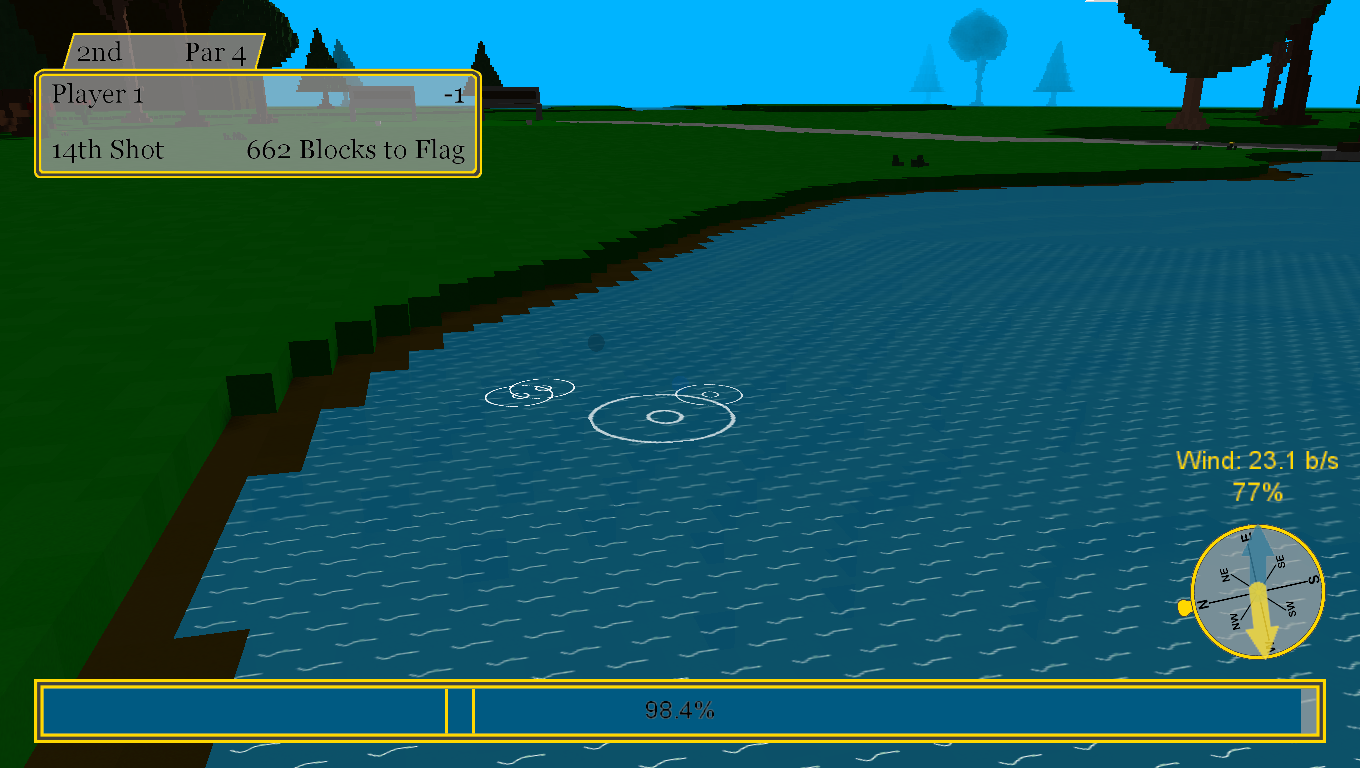 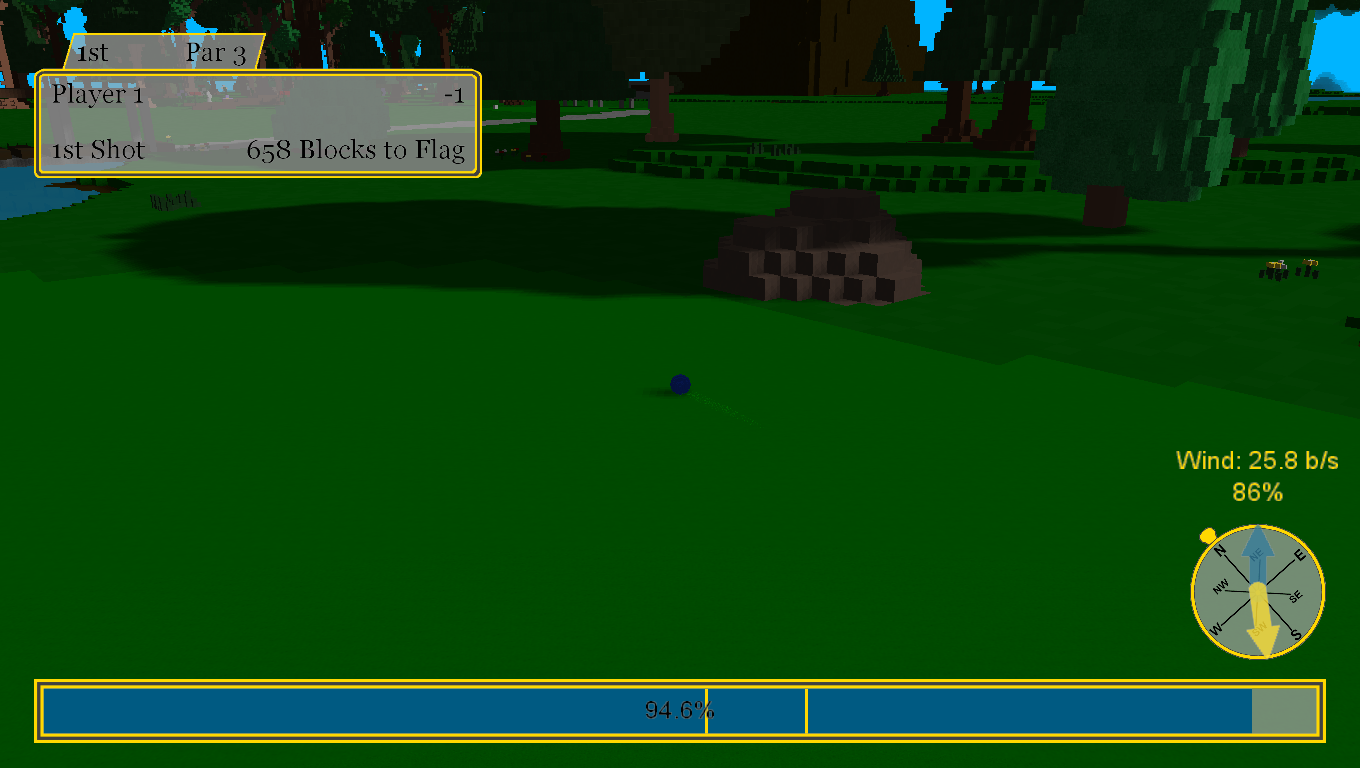 We now have a total of 20 levels ready for release. The newest of which is a level with hoops, as well as some reworked older levels from when we first started working on the game. Our next demo post will include a few more levels, to provide a wider range of level types. 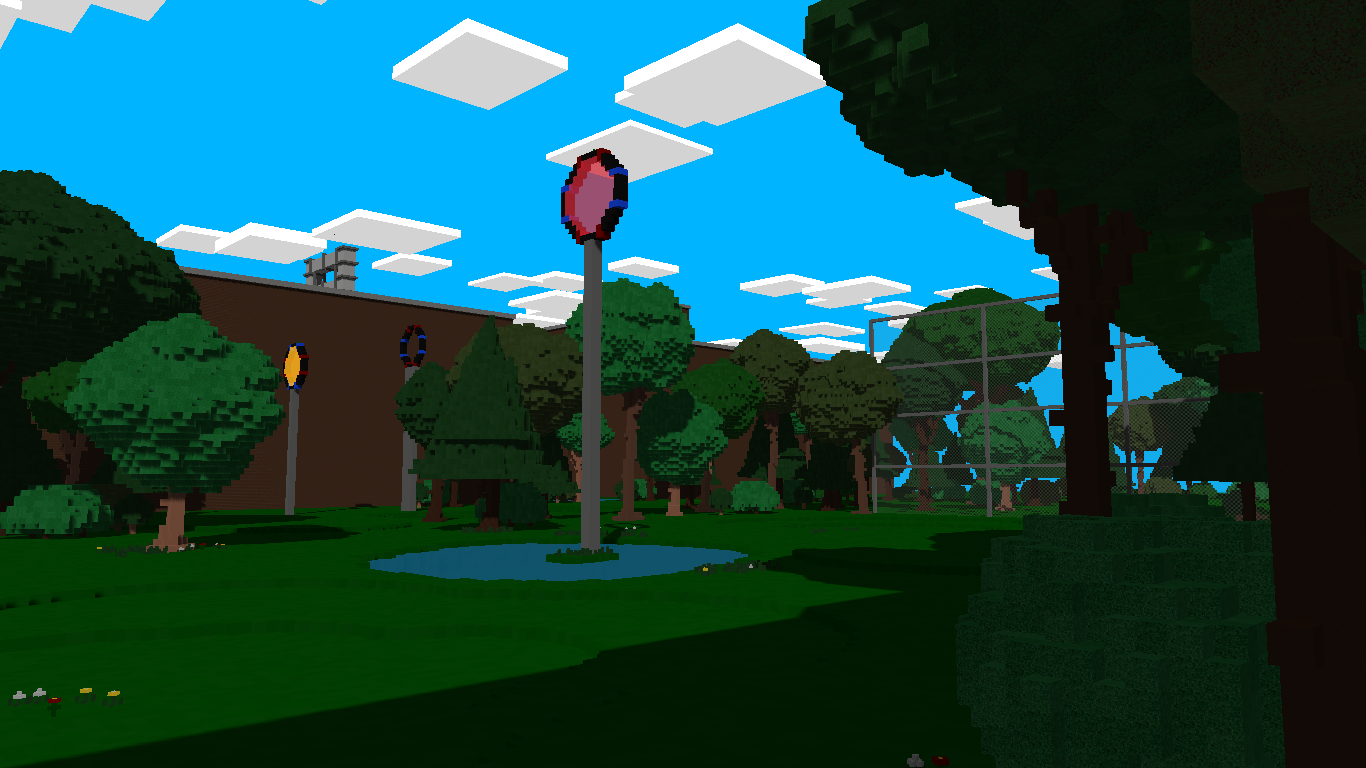 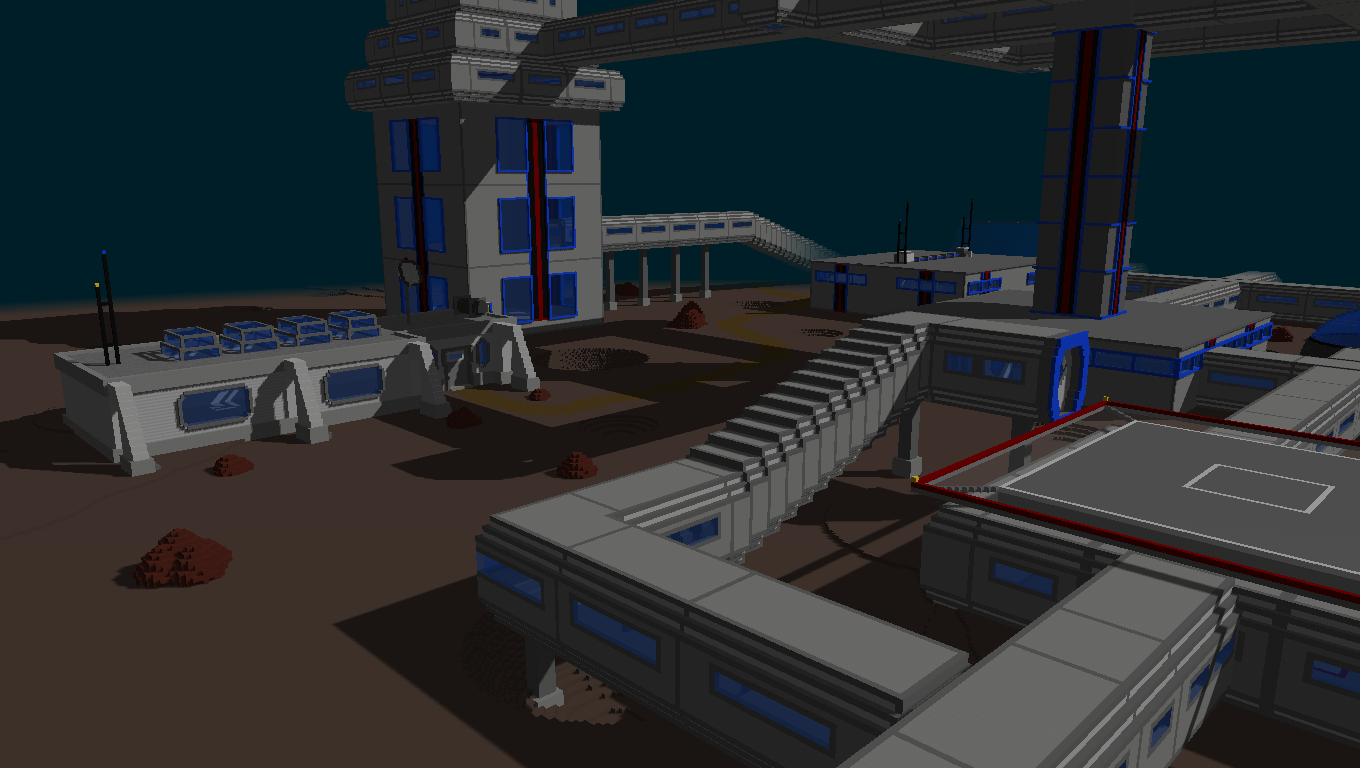 We have added a few more sounds, such as ambient bird noises and menu button sounds. We are also working on putting together a contract for some music production, so that we can start putting music in game. We are hoping to start adding music in the next update or so, hopefully the first tracks will start appearing within the month.

We are hoping to have another release soon! We have a couple more particle effects to add, and a new speed run mode in which the players score is determined by their speed and not at all by their number of strokes. Once that update has been released we will be working on adding controller support, as we will hopefully have a hands on demo of Ballf available at a local gaming convention in Ontario. We are also currently planning on launching a Greenlight campaign just prior to the convention.

You can check out the previous version of the demo HERE while you wait for the new demo to be released, and as always, please feel free to leave comments, requests, bugs, and any feedback!