Fixed a game ruining bug some people encountered and repackaged the demo files. We've also posted a preview of the soundtrack being worked on!

Posted by LiquidCurtain on Sep 3rd, 2015

Some people reported having an issue with textures only drawing on the tops of voxels. This was a lighting issue, but only affected certain graphics cards. This bug has been fixed, and the demo has been updated. We have also repackaged the demo, putting both the editor and game in the same download, and restructuring the folders organization a bit. We also caught a few typos in the level editor instructions, and also packaged the texture atlas creator with this update. This provides a simple way to create a new texture atlas and scenery objects. 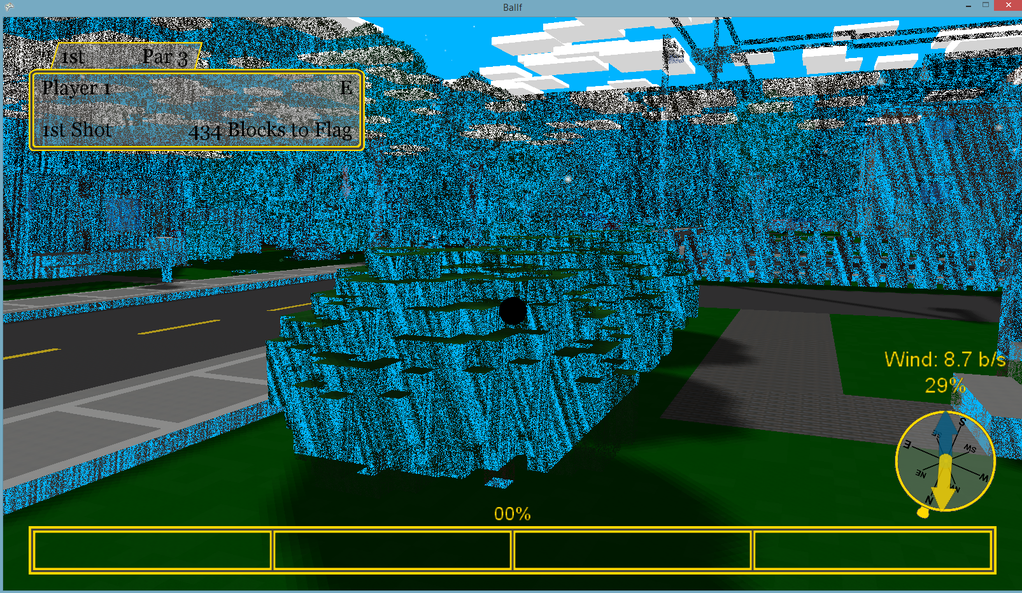 If you experience this bug, please redownload and overwrite the previous version.

We have begun getting a soundtrack put together for Ballf and hope to include some music in the next update! We will only do this if we have enough tracks that it isn't too repetitive, as hearing the same track on repeat could ruin the experience. In the mean time, here is a preview of one of the songs. Hopefully we will have the next update ready within a week or two!