We're still on Greenlight, check us out and support further development of Ballf and our engine!

We've finally fixed the camera that would clip through walls and make it hard to see what was happening. It was easy to end up with a wall in between the camera and the ball, blocking your view of what was happening, or even worse, end up inside the voxels which would result in a very buggy view of the world. The camera now detects surfaces, meaning that the camera stops and simply allows the ball to roll closer to it. This means the ball should always remain within view! The player model and ball now also have more detailed shadows. They can both now be partially shaded/lit, depending on the lighting of where they are standing. The image below shows the camera moved in close to the ball to avoid clipping, and also shows both the ball and the cat with the more detailed shading. 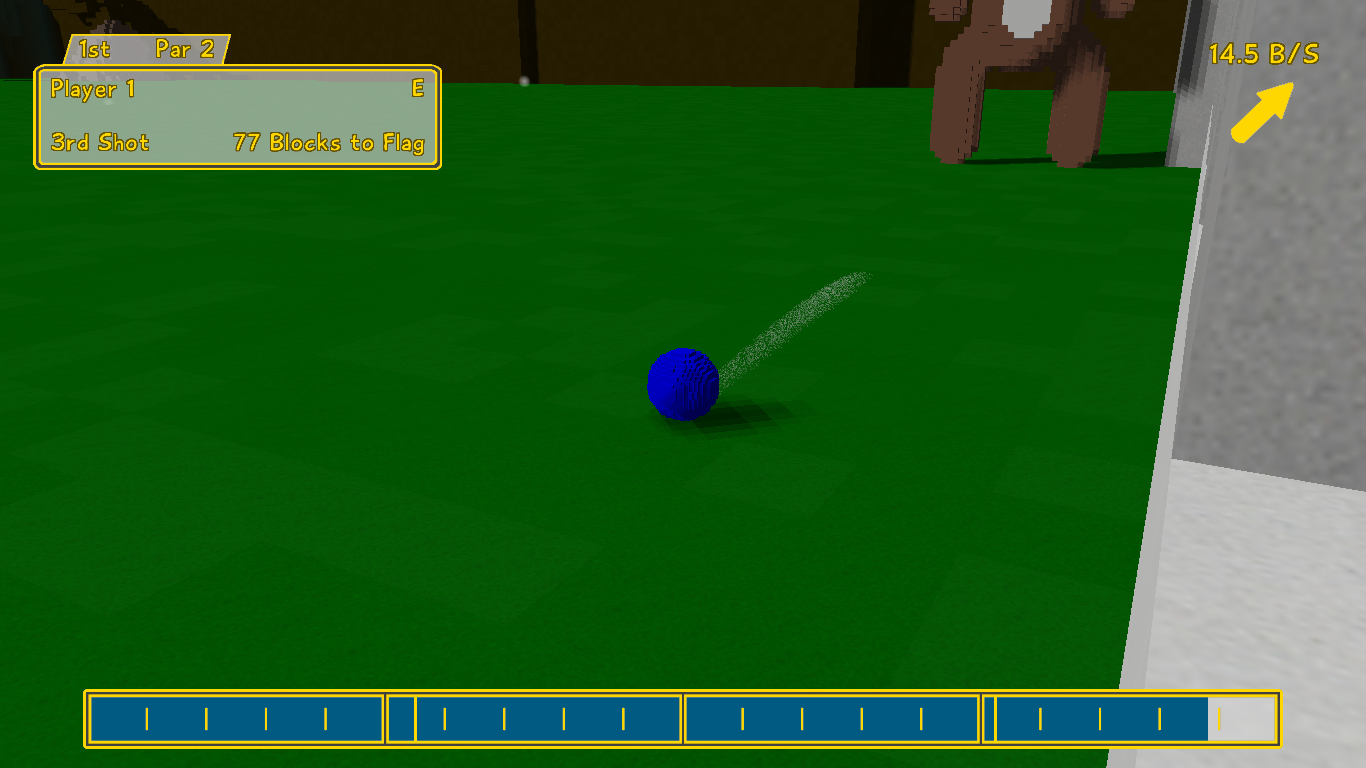 The tutorial was mention in the last article, but it has been updated, and the last article was archived so I thought it worth mentioning again. The tutorial explains all of the basic mechanics, and gives you a chance to try them each out on a hole designed to isolate and teach you about them. 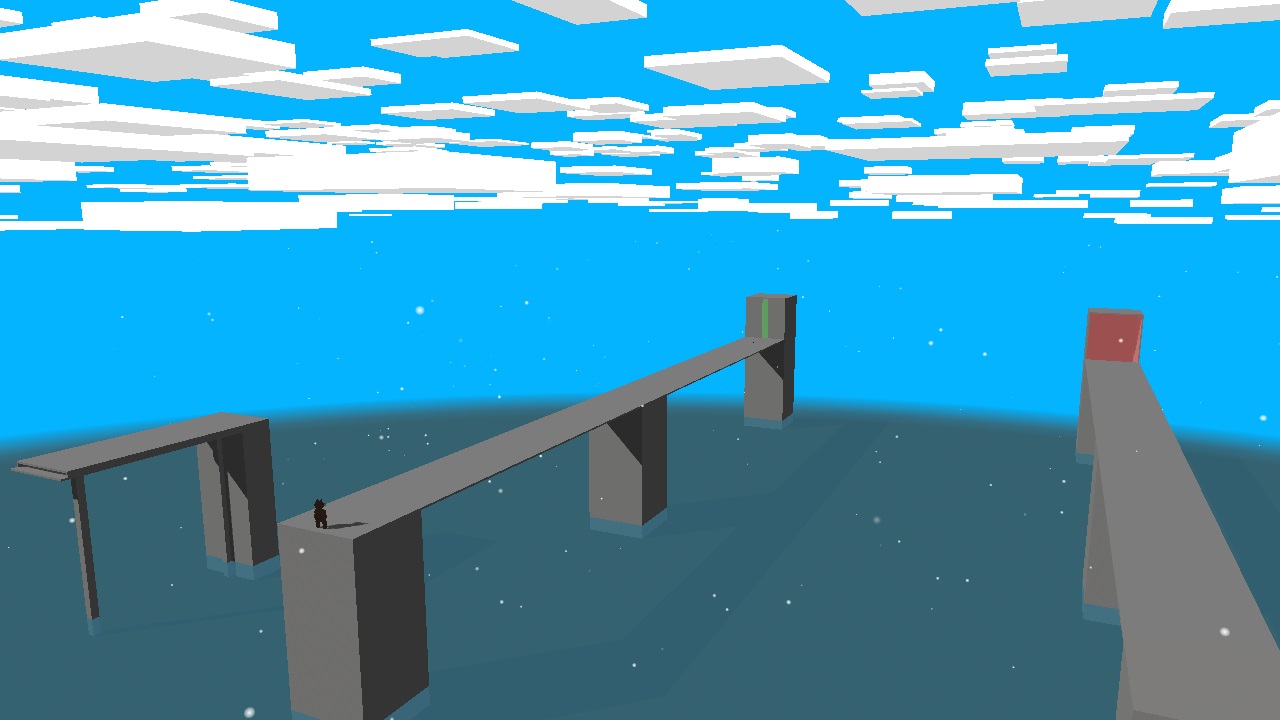 This update also includes the Haunted Mansion course, which comes with a new song and particle effects. This was also apart of the last update that we were fairly quiet about. It has new spooky music and flying ghostly cat heads (Don't worry, it's not that spooky)! 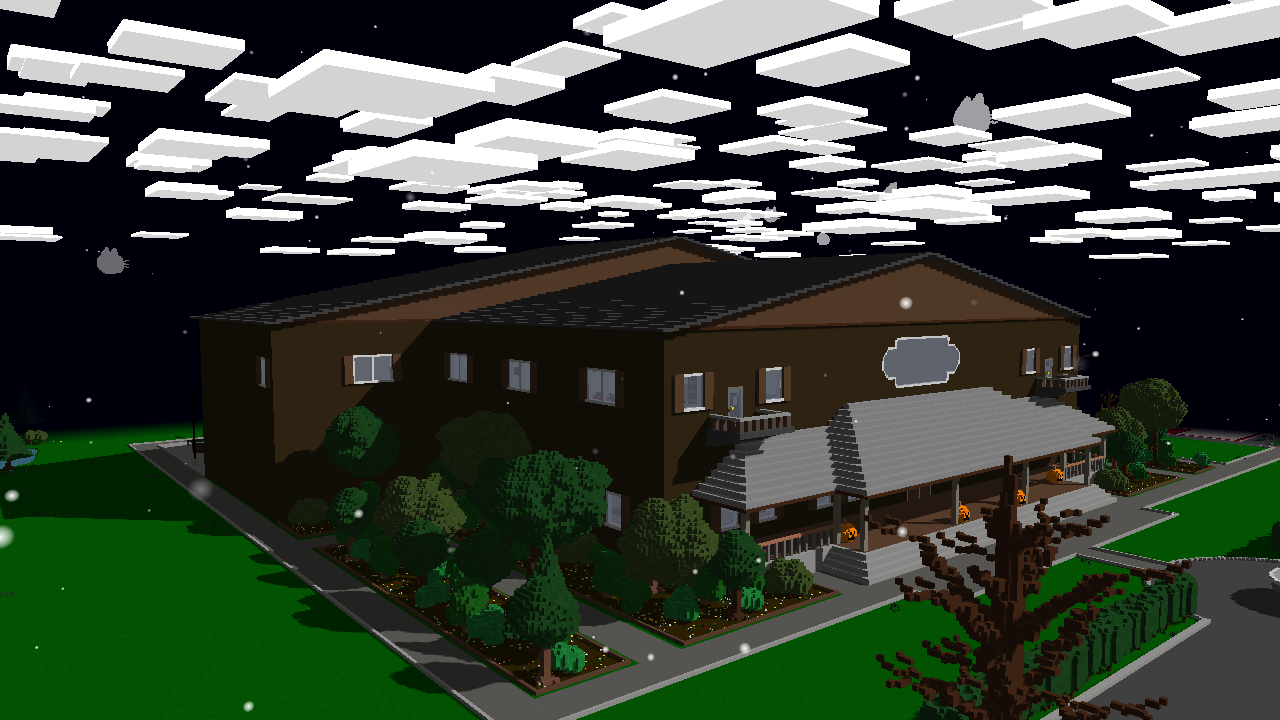 I've made a quick video demonstrating a speed run on the backyard course. It was just a quick playthrough, so with a bit of practice you should be able to best my score! The idea was just to give a goal to aim for, some idea of what a decent time would look like, until a more permanent solution is developed!

We have begun work on multiplayer and leaderboards! Leaderboards will allow for competitive play for all game modes, and give players an idea of where they stand in the ranks of other Ballf players! The online multiplayer will of course allow for you to play Ballf online with your friends! We are not ready yet to give an ETA, but it is our current focus and we will keep everyone updated on it. Once we have finished and are happy with the results, we will move on to arcade mode, which will include a variety of power ups.

The current build can be downloaded here on IndieDB, on our Itch.io page, or on our Gamejolt page!