The new city of Yuma, new factories, warehouses, banks and offices all in full HD.

In the new 0.95 patch another new city appeared, Yuma. This city has less potential than Middelton but more than Sandon. The city has 8 stores, a factory, warehouse, bank and new office for the company's headquarters.

The factories are now fully functional. From now on, with the development of the company and with greater production needs, you can buy one of the factories located in different cities on the island. Each factory has its potential and provides additional production capacity.

The warehouses are also fully functional. If you need more storage space to hold your products, you can now rent warehouses located in different cities.

Banks at Bakery Biz Tycoon offer loans and sometimes powerful cash injections. There are two banks in the game in the cities of Middelton and Yuma. Each of them offers different loan offers.

As the company grows, it's worth taking care of the larger office. Now the player can rent another office for his company and thus increase the expansion possibilities of his company. 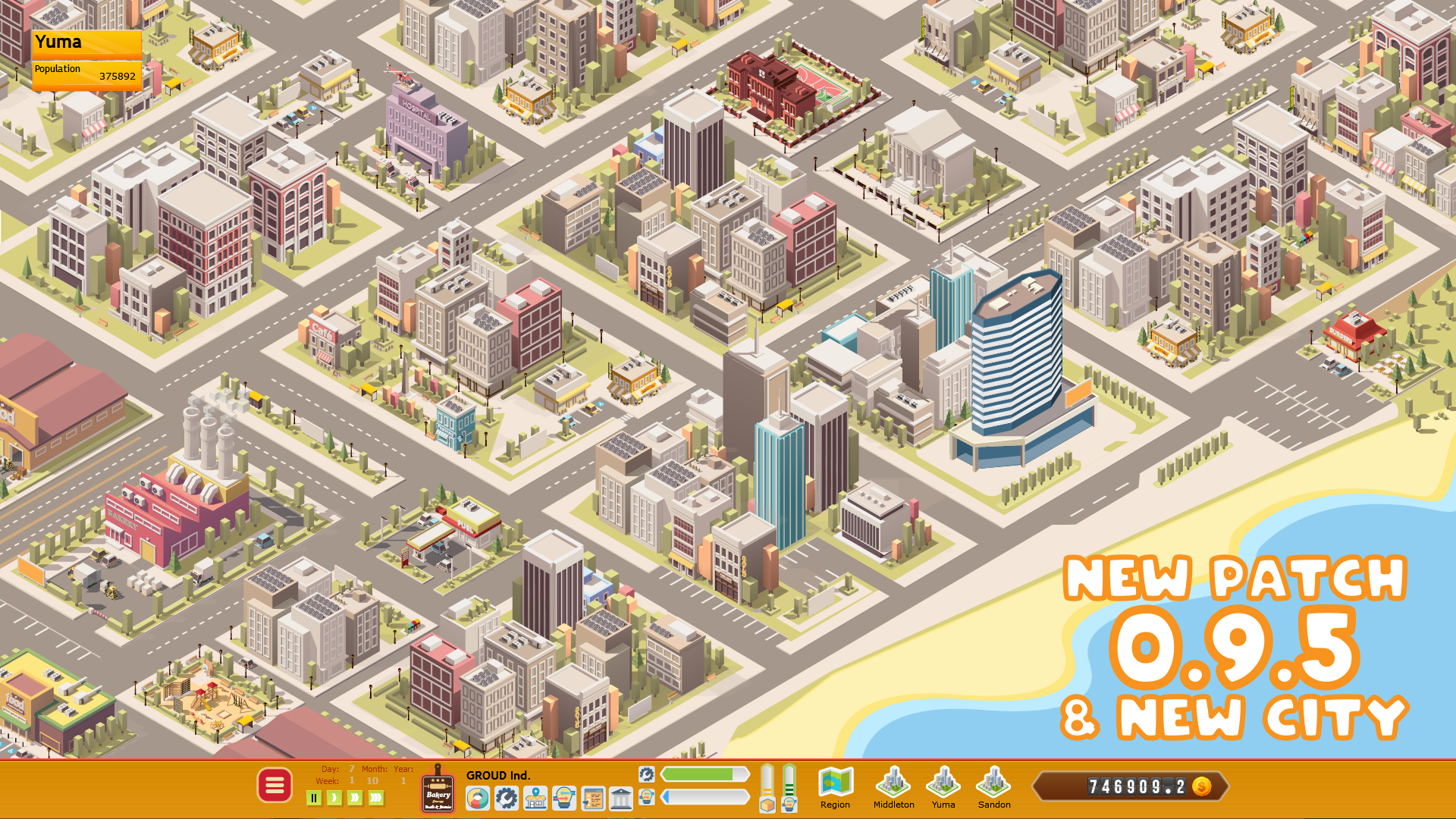 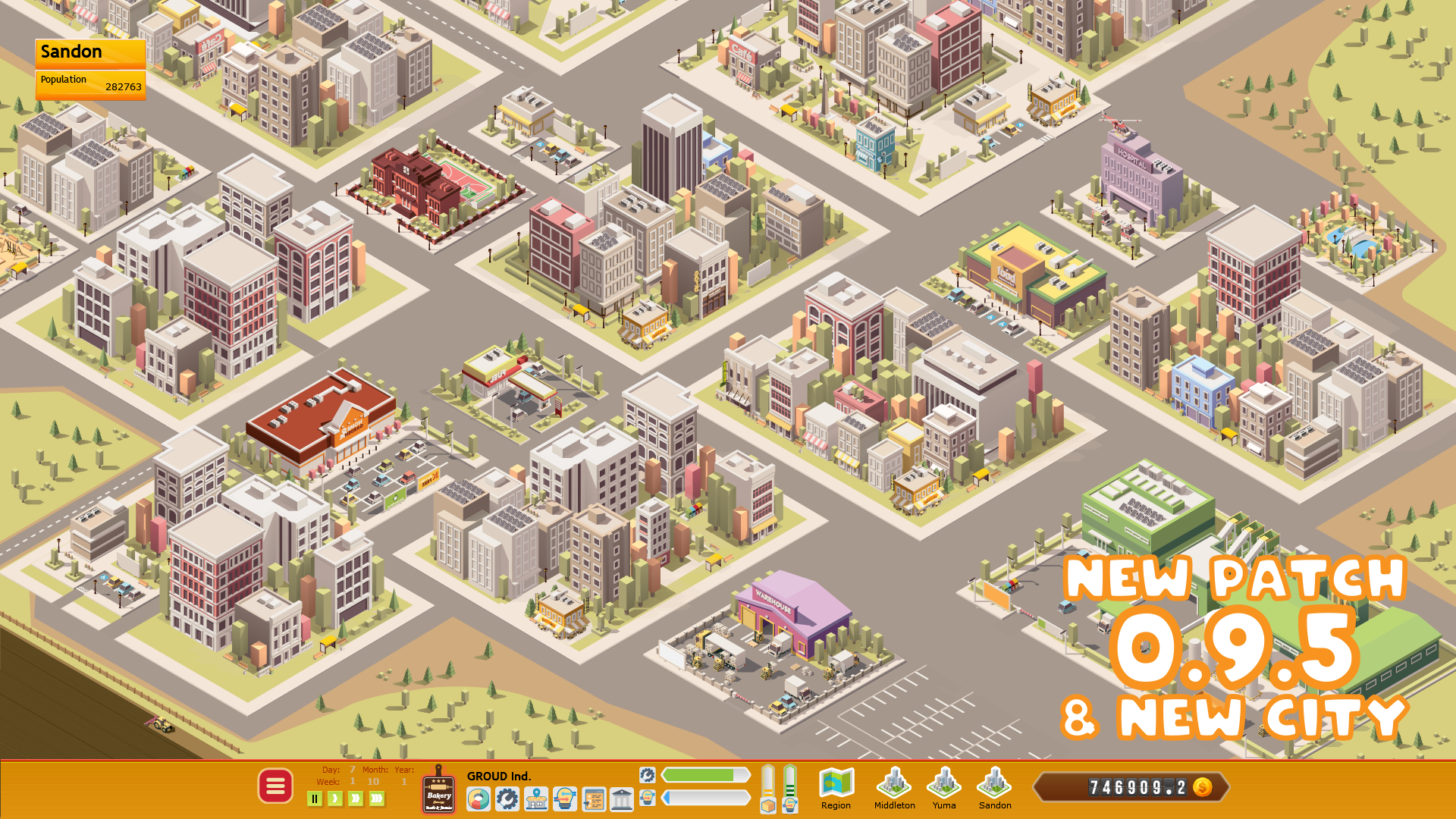 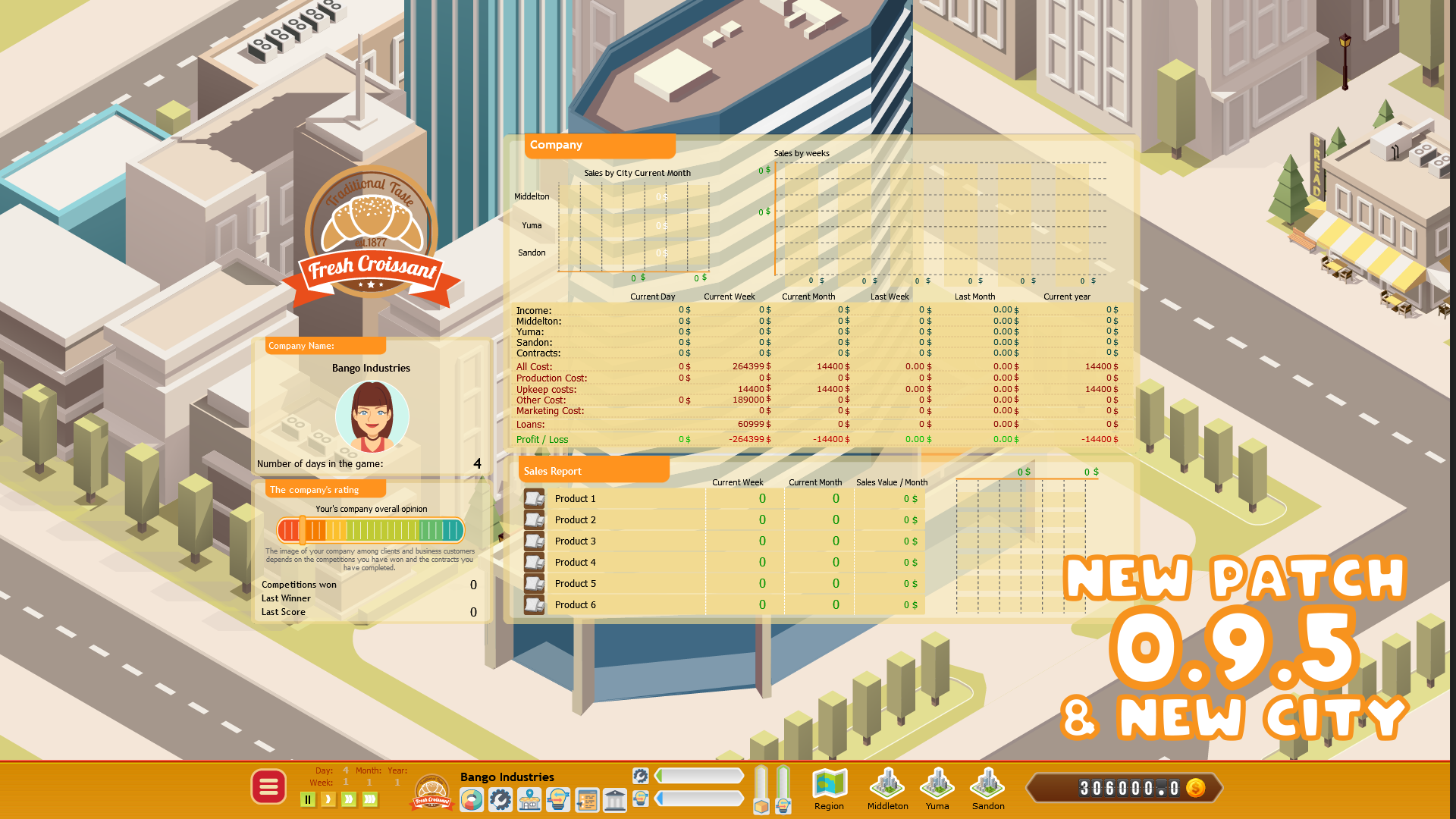 - Each patch also introduces many small changes to the game mechanics. Patch 0.9.5 introduces improvements to the production screen interface. Now, just click the buttons to increase or decrease the volume of production - The new loans screen allows you to monitor the commitments we currently have.