As you're probably aware already, we missed doing any sort of an update last week as we were both at the Penny Arcade Expo in Seattle. This was our first time at PAX and it was a way for us to get a little bit of a handle on what exactly these conventions are like. We plan on having a booth of our own some day and figured that it would be worth it to check the scene out both for the analytical point of view as well as for pure enjoyment.

As you’re probably aware already, we missed doing any sort of an update last week as we were both at the Penny Arcade Expo in Seattle. This was our first time at PAX and it was a way for us to get a little bit of a handle on what exactly these conventions are like. We plan on having a booth of our own some day and figured that it would be worth it to check the scene out both for the analytical point of view as well as for pure enjoyment. 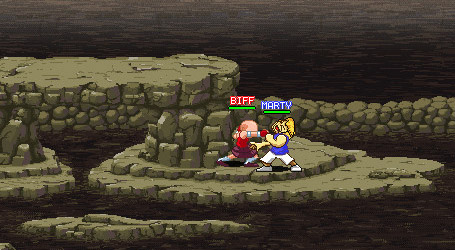 I really enjoyed going to PAX panels, seeing the exhibit hall, volunteering at the Megabooth, and meeting some great people. We weren’t presenters at PAX. I’ll admit it outright; when we originally applied to the Megabooth several months back, we both underestimated just what would be involved in being ready for having a booth. I’m actually glad that the crew responsible for judging entry to the booth were wiser than us and saw that we weren’t ready.

There’s a lot involved in getting a booth up and running from getting swag made and ready to be handed-out/sold, having signage made, and of course having a high quality demo ready for people to play. Things could have potentially gone differently had they given us a greenlight back in June. I still think we could have had a demo ready, but Matt’s been working hard since then on structural changes to our engine that are still just almost ready to be seen. If we’d been rushing to get something for presentation, we would not have had the luxury of revising the game into what we want it to be. And that would be a shame since it’s our game, right? So while we are behind on the schedule that we’d originally laid out, I think we’re still headed in the right direction.

So the next Megabooth application is rumored to be happening sometime in the next two months for PAX East. Unfortunately, I don’t think we’re in any better of a position to apply for it this time around than we were last time. While we’ve got a lot of work done, we still have a lot to go before we’re going to get a solid demo out; but I assure you, that is our highest priority.

Unfortunately there’s not a whole lot of progress to speak of for this past week. First thing I came back, my priority was to get our infrastructure working. We’ve been using a wiki system to track all our development for the past year and a half, and at some point I guess we fell behind with software updates. The wiki very recently stopped working giving us errors and failing to generate thumbnails. That’s since been taken care of and now I’ve got only a small handful of the “basic” animation cycles left to go at the moment. Our girl needs to do attacks while in a grapple position, and both the male and female need to have a wobble/off balance cycle when standing on the edge of a platform. The biggest challenge is still ahead of me though. I’ve got to animate our oil level (and characters) on fire. Hopefully soon Matt will be able to get enough spare time away from his 9-5 to be able to pull a local multiplayer demo together and I’ll have that stuff done around the same time so that I can jump straight into any animation revisions that become obviously required once I get to see it all in-game. We’ll then need to really iron out our GUI.

Here’s some of the cycles that I did just before going to PAX. We of course have the “single punch” which happens when someone taps the button a single time, and the continuous punch which it transitions into when the player taps the button multiple times:

And then we have a few others:

It’s a dangerous task making estimates on how long it will take to make a video game, but I sincerely hope that what I’ve described above is all done in the next couple of months. With any luck that will mean that we’ll be able to start doing some play testing at local events like Vancouver’s Full Indie or San Francisco’s IGDA. I’m personally hesitant to make any sort of demo available online until we get some sort of an A.I. / Networked system in place so that people can properly experience the game the way we want it to be.

Good luck, guys! I really like your animations and I'm tracking your game with special dedication. May the force be with you.

Thanks! Having people's support really helps keep us encouraged!