Want to know all the new stuff we've added into game? Come this way.

Two awards, one week! Shazam! Yeah! In a span of just seven days Okhlos was shown at two different events in Buenos Aires and returned with an award from each one. SLAM DUNK!

First was the turn of the EVA (short for Exposición de Videojuegos de Argentina) which is like an Argentinean GDC. For more than a decade now the EVA has been a gathering place for developers from all over the country, featuring various workshops and a huge number of talks (this time, for instance, the keynote talk was by Brian Moriarty, of Loom fame). This year they also decided to present a small number of games with an award for Most Promising Game. Okhlos was among them. CHA-CHING! 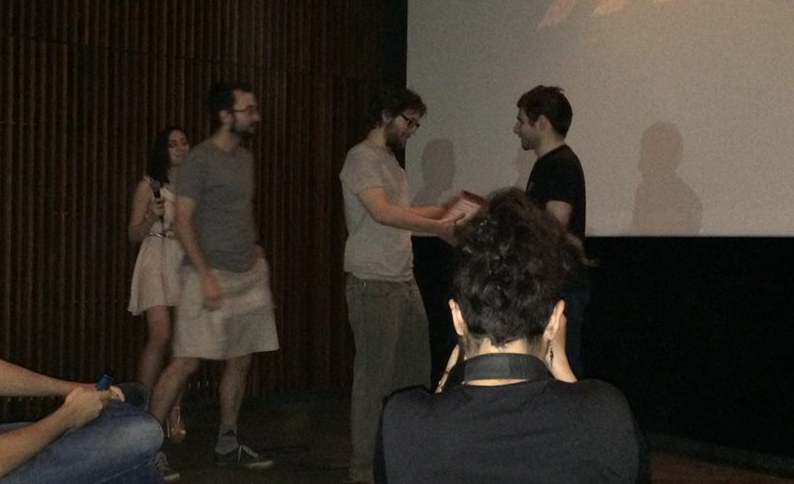 Receiving the prize at Meet The Games

Next was the turn of Meet the Game, a great event that has been growing exponentially since its debut three years ago. The focus of this event is to bring games closer to the audience, so they had a main hall filled with videogames for anyone to play, as well a floor devoted to party games and arcades and another to boardgames. All of this while a non-stop stream of talks was taking place. But the icing of the cake was the showcase, closing the event, where from all of the games in the show Okhlos was chosen as Game of the Year. SCORE!

But we didn’t rest on our laurels. Not at all. After a night of getting drunk on myrrh we went straight back to work.

And speaking about work, if you are one of the followers of this blog you will know that from time to time we post a list of things we’ve added into the game. This should come as no surprise in a development blog, but what may surprise you is the insane amount of new stuff that we have added since version 0.5.0. Tons of changes! Amazing new stuff! One addition better than other! Totally radical stuff! You’ll see.

(Remember! You can click on all images to enlarge them)

NEW WAYS TO SPEND YOUR UNITS

NEW GUY IN THE HUD THAT TALKS TO YOU FROM TIME TO TIME! 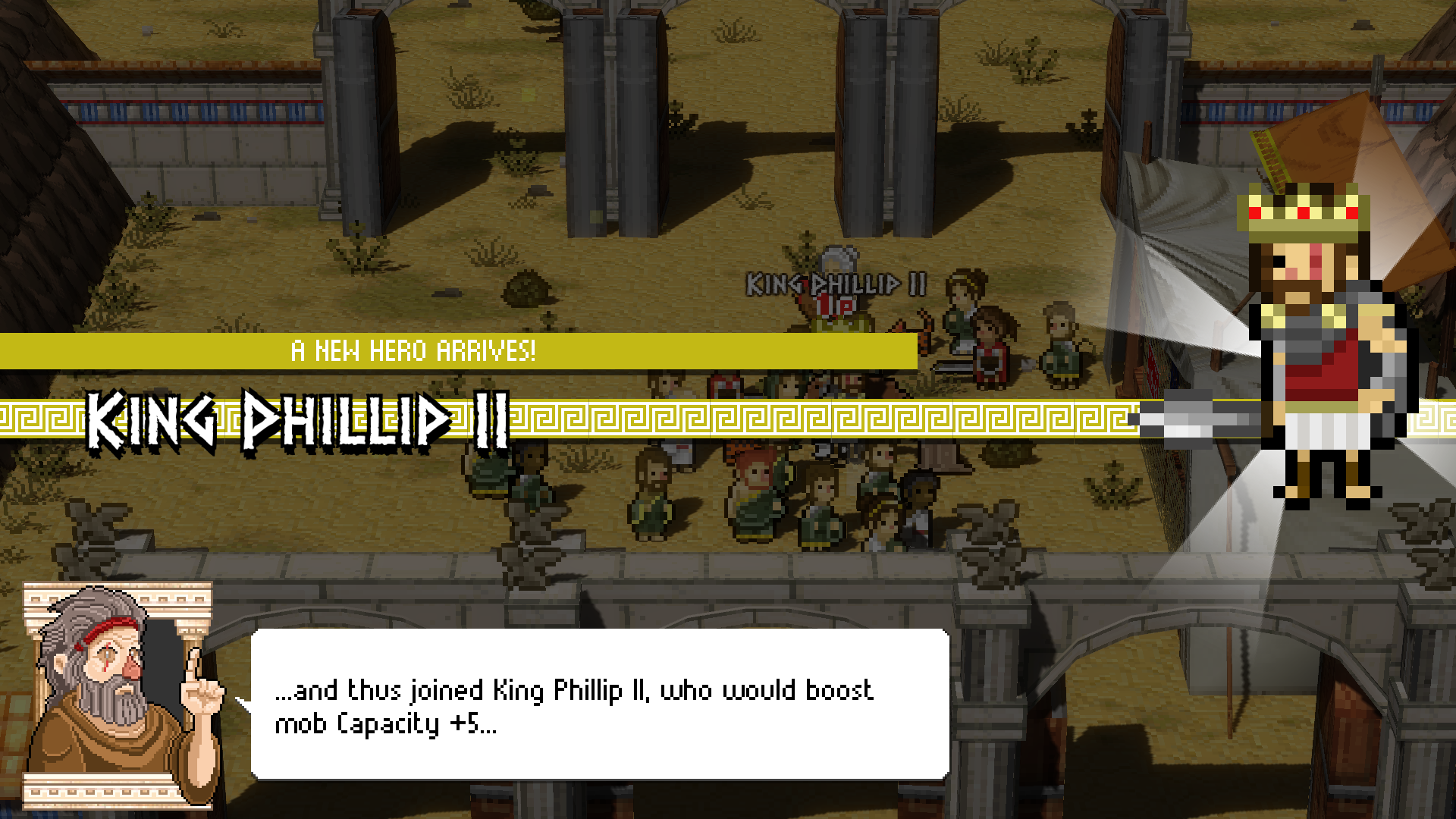 OLD WINDOWS (but with new stuff in them)! 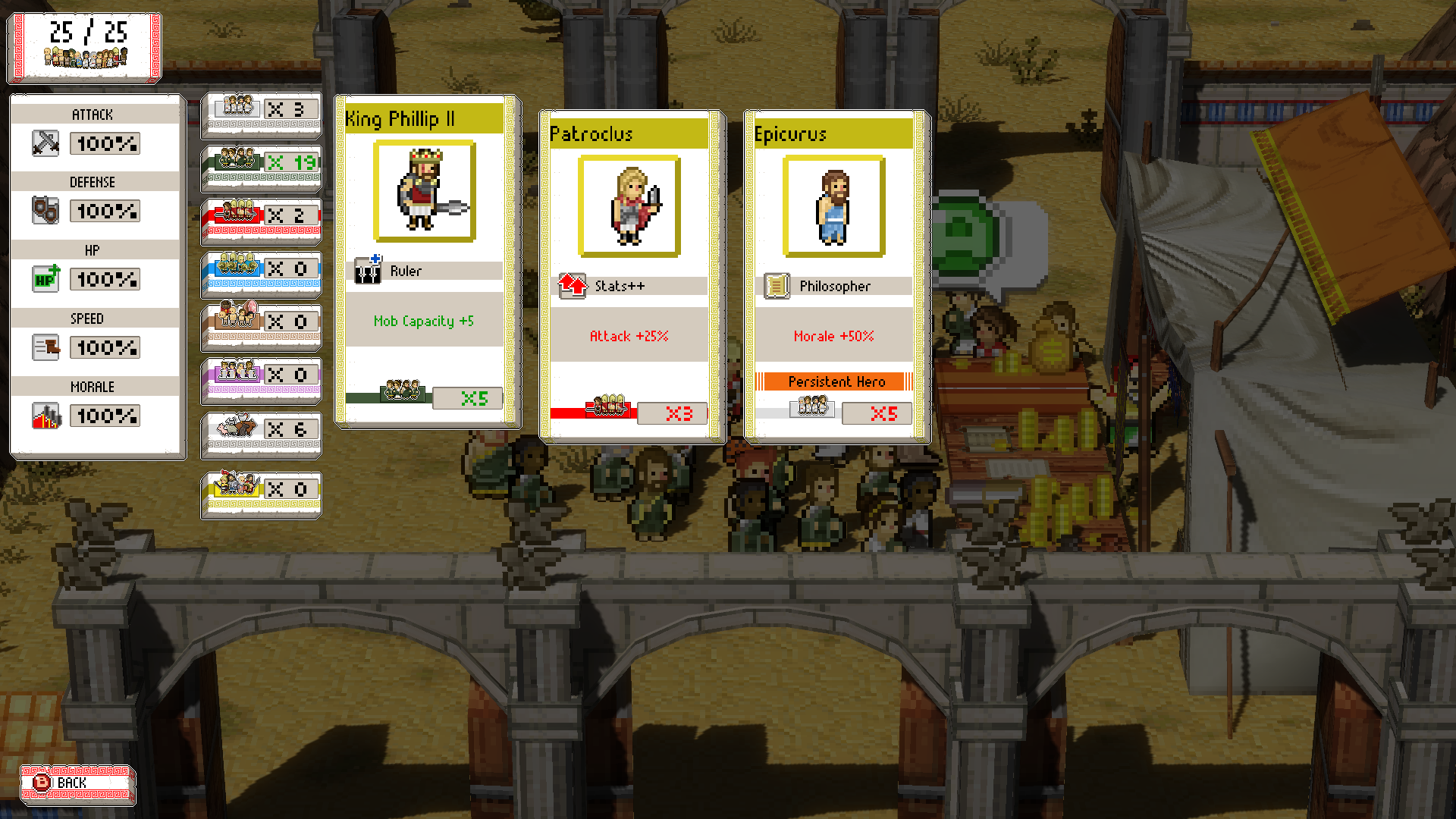 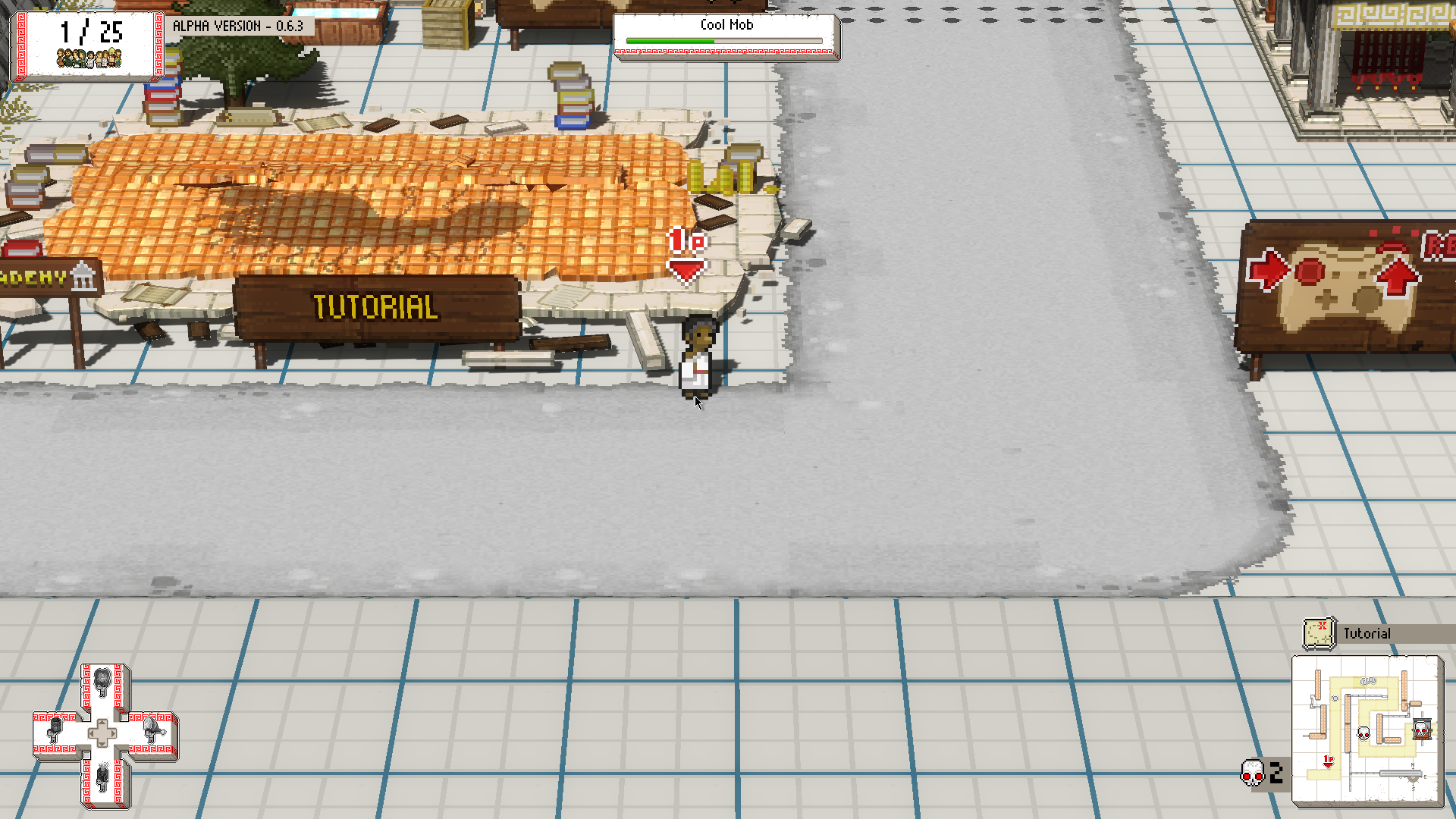 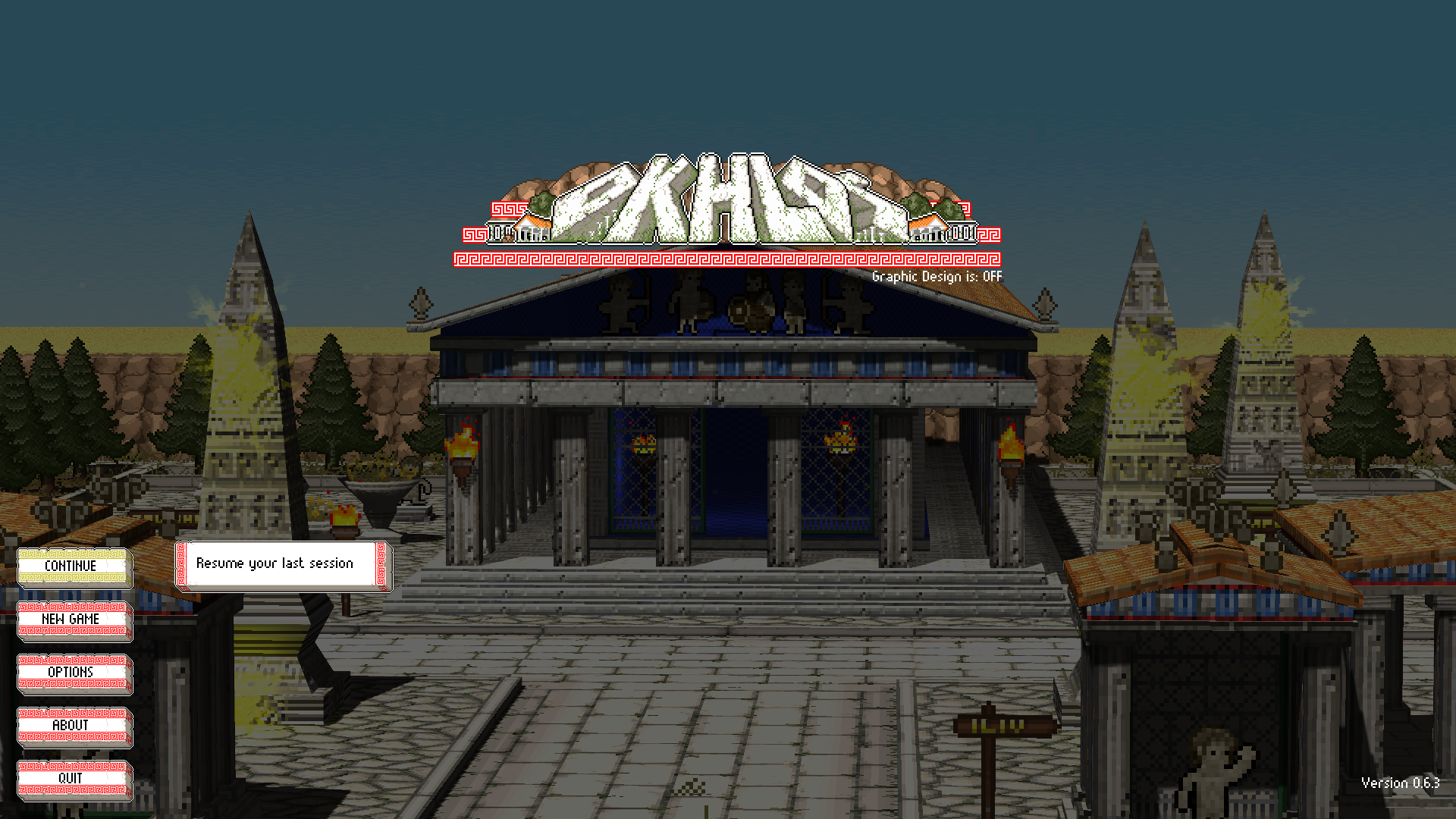