Improvements to the graphics, new weapons, missions, stations, founding mines, and some info about the bosses and the general development progress.

We've been working hard in the past few weeks and we've made a lot of progress! Here's a quick overview of all the things that happened during the last weeks. 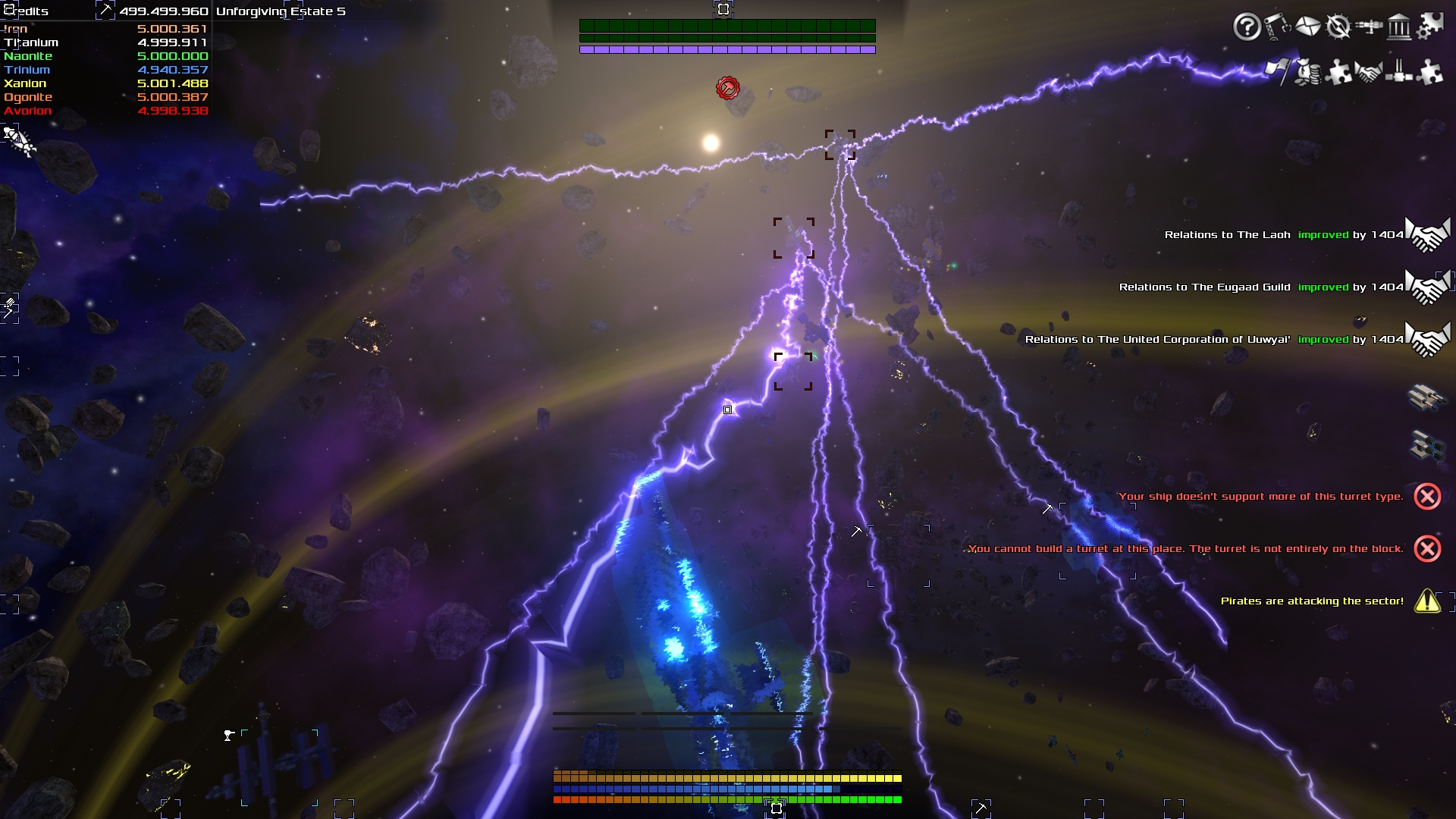 The Force Turret will push or pull an object towards you or away from you. This also works in the opposite direction: You can pull yourself to an object or push yourself away from it. The Repair Turret does what its name suggests: It will repair shield, hull or both, depending on the turret. Equip your allied ships and ask them to escort you, and they will heal you in combat. And last but not least: The Lightning Turret. High reach, tricky accuracy, and extreme power makes this one a very dangerous weapon. If you manage to hit your enemy. But if you do, it's a lot of fun! 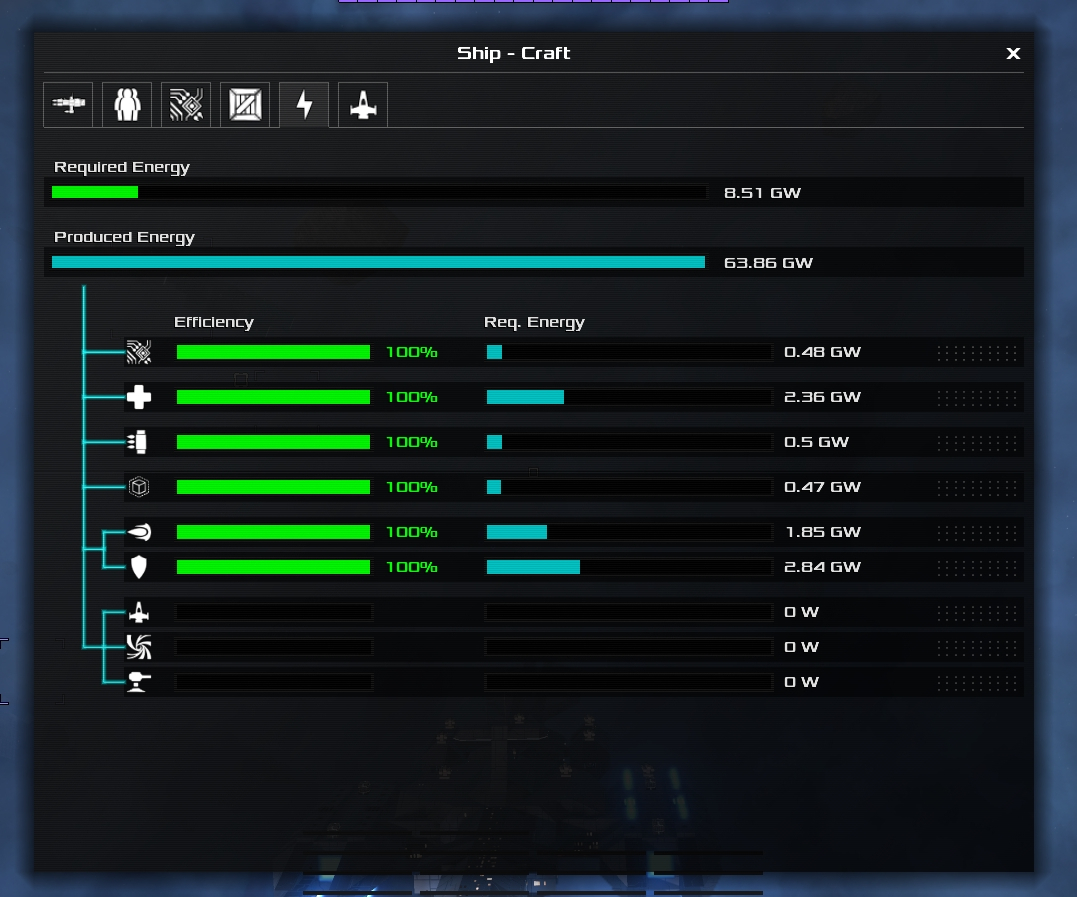 The energy system priority can be rearranged. During a fight you can give full power to your shields or weapons.

We made some improvements to the UI, to make it look more sleek and modern. You can see the changes on the remaining screenshots, too. Oh, and the color is, of course, still configurable! 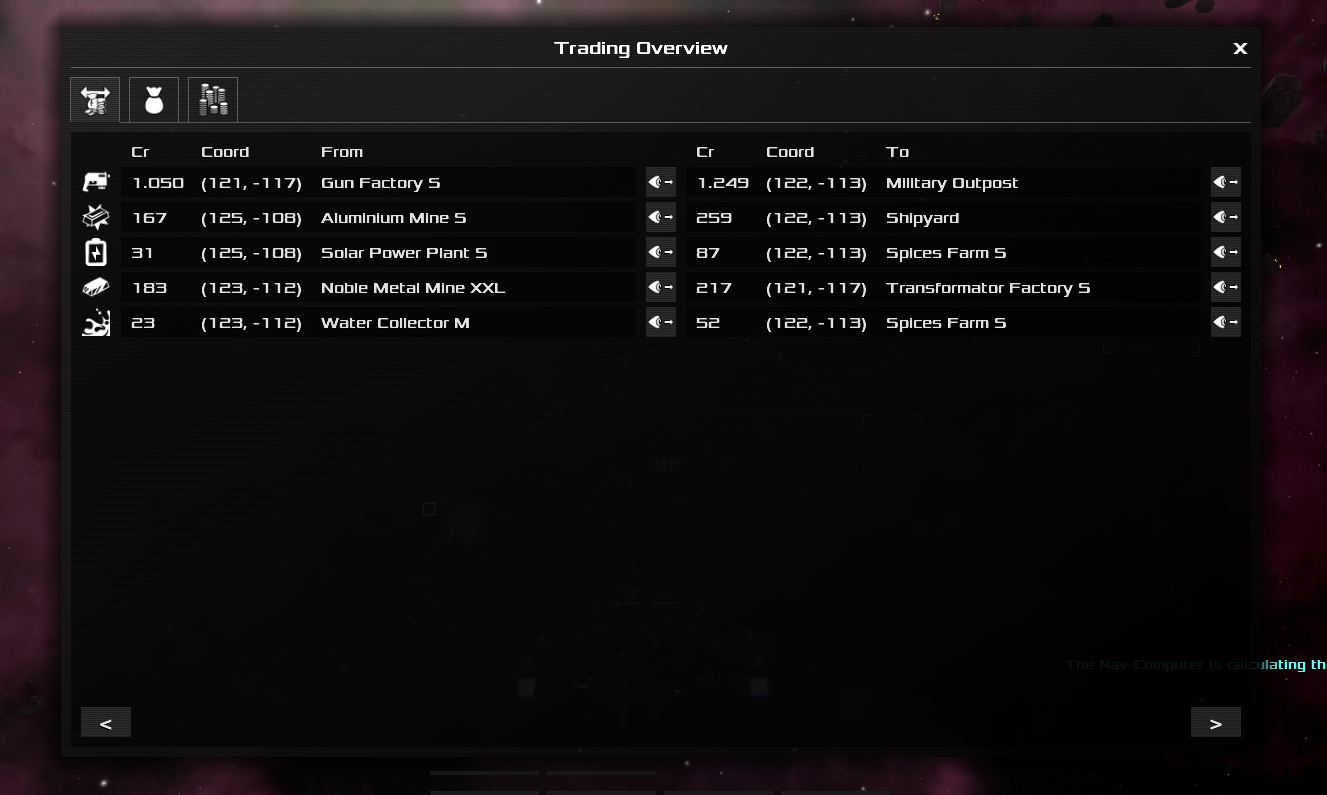 We want you to be able to specialize your ship in your personal way. We've finished a lot of the different system upgrades, which include things like a simple energy booster which will increase the amount of energy your ship produces, similar to the upgrades you already know from the demo. We've also finished several more complex systems such as the mining system, which will scan and highlight asteroids with resources near you, or the trading system, which will scan all the offers from different stations and show you the best bargains. It will even detect and remember trading routes over the last, say, 5 sectors you've visited. 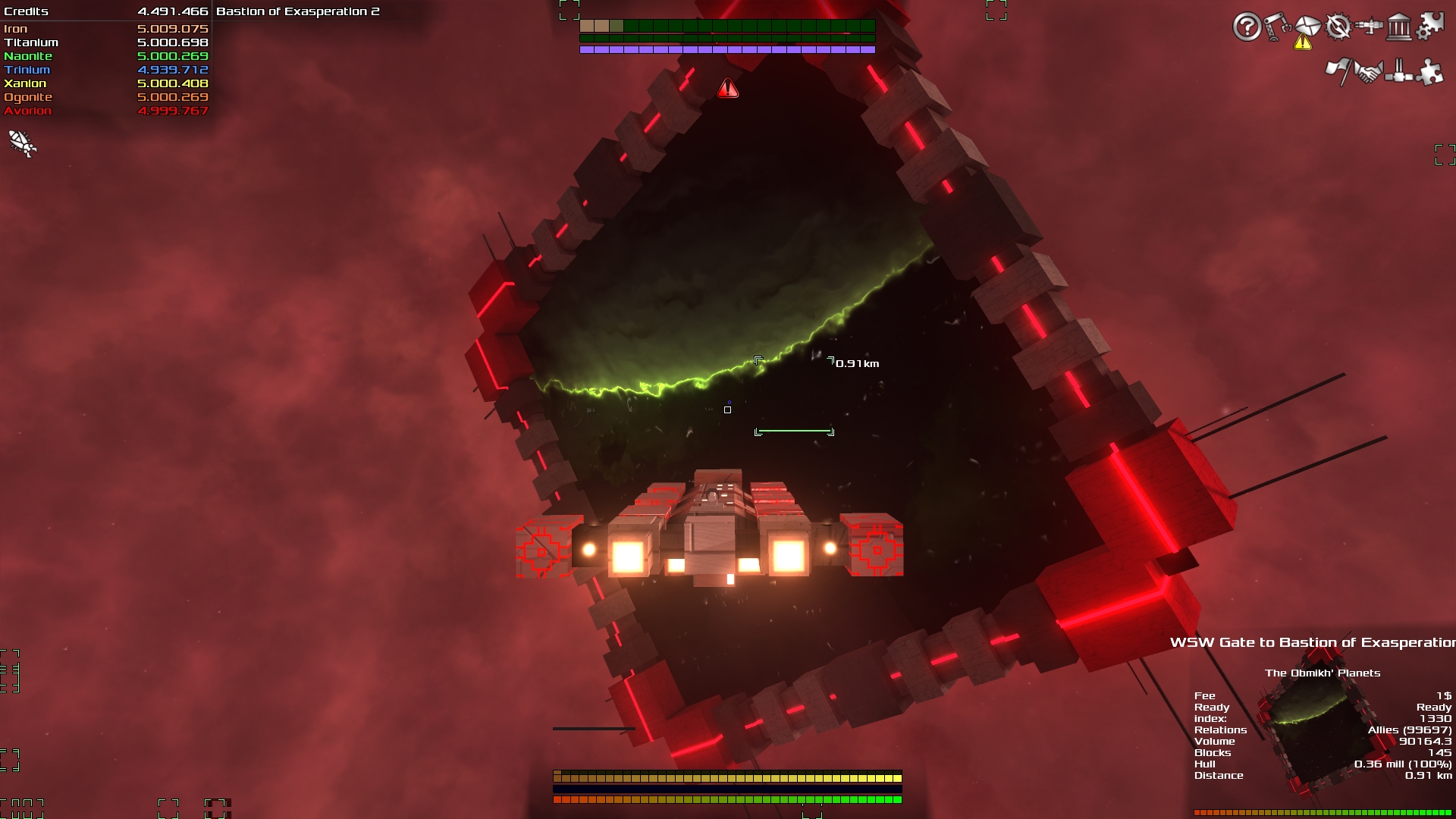 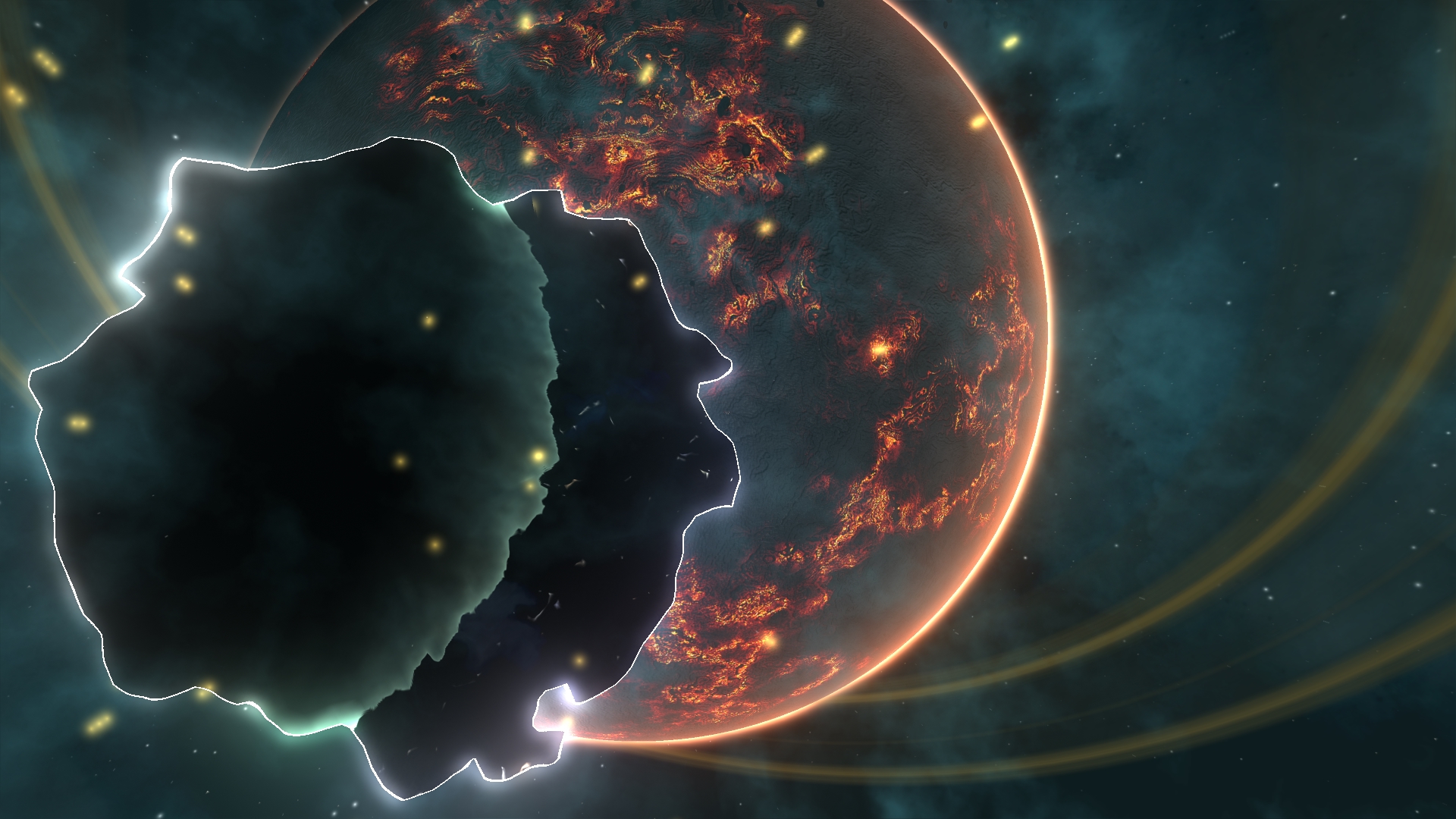 You can see through gates and wormholes into the other sector.

With gates you will be able to fast-travel through the galaxy at a higher speed! Especially in the beginning when you don't yet have a hyperspace drive that can do large jumps, this will be important for you. It's also a safe way of exploring, since gates will always lead to civilised sectors where there will be defenders and friendly ships that can take care of pirate or other attacks.

Wormholes will get you even further, they can lead you to the other end of the galaxy. 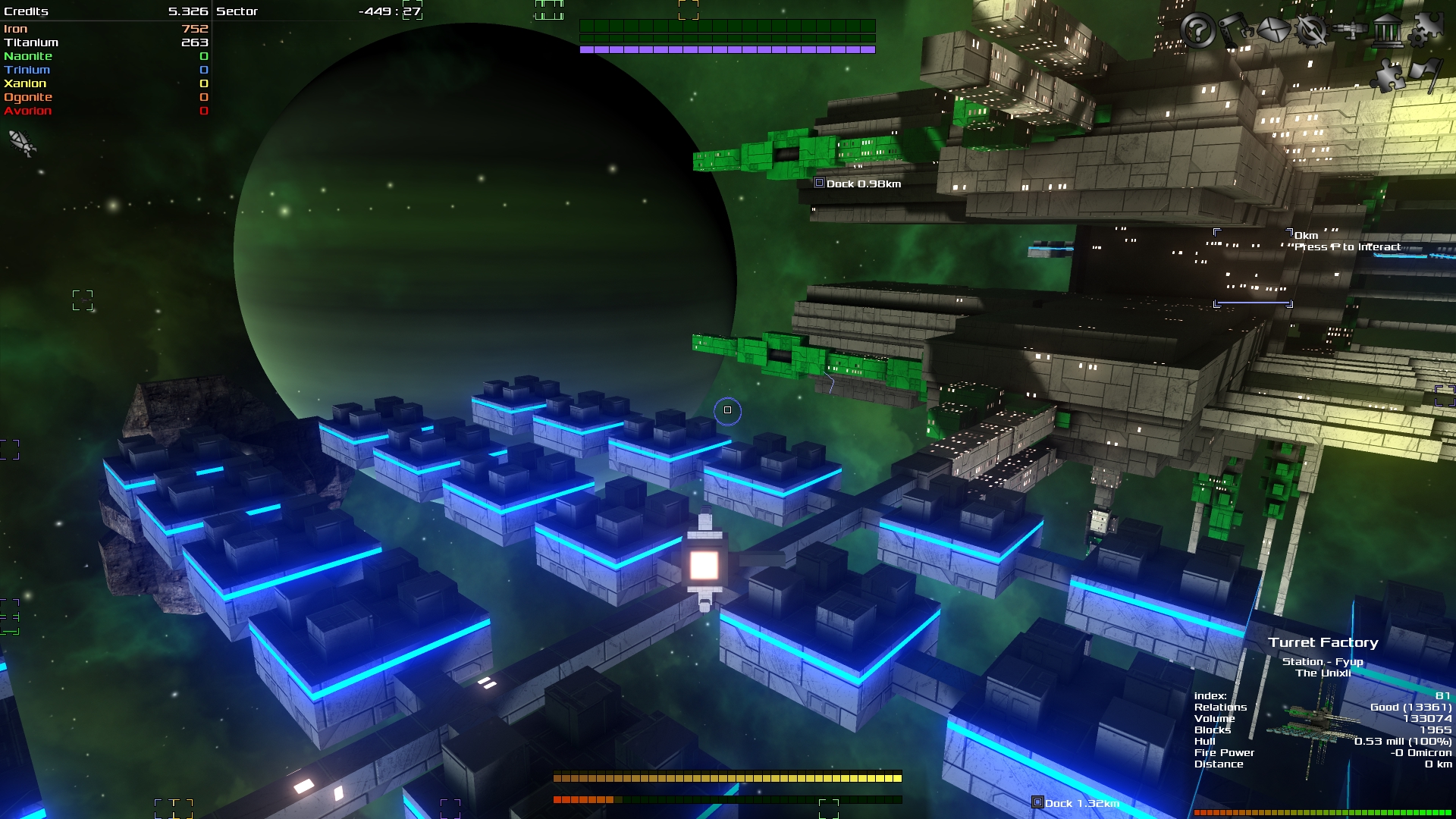 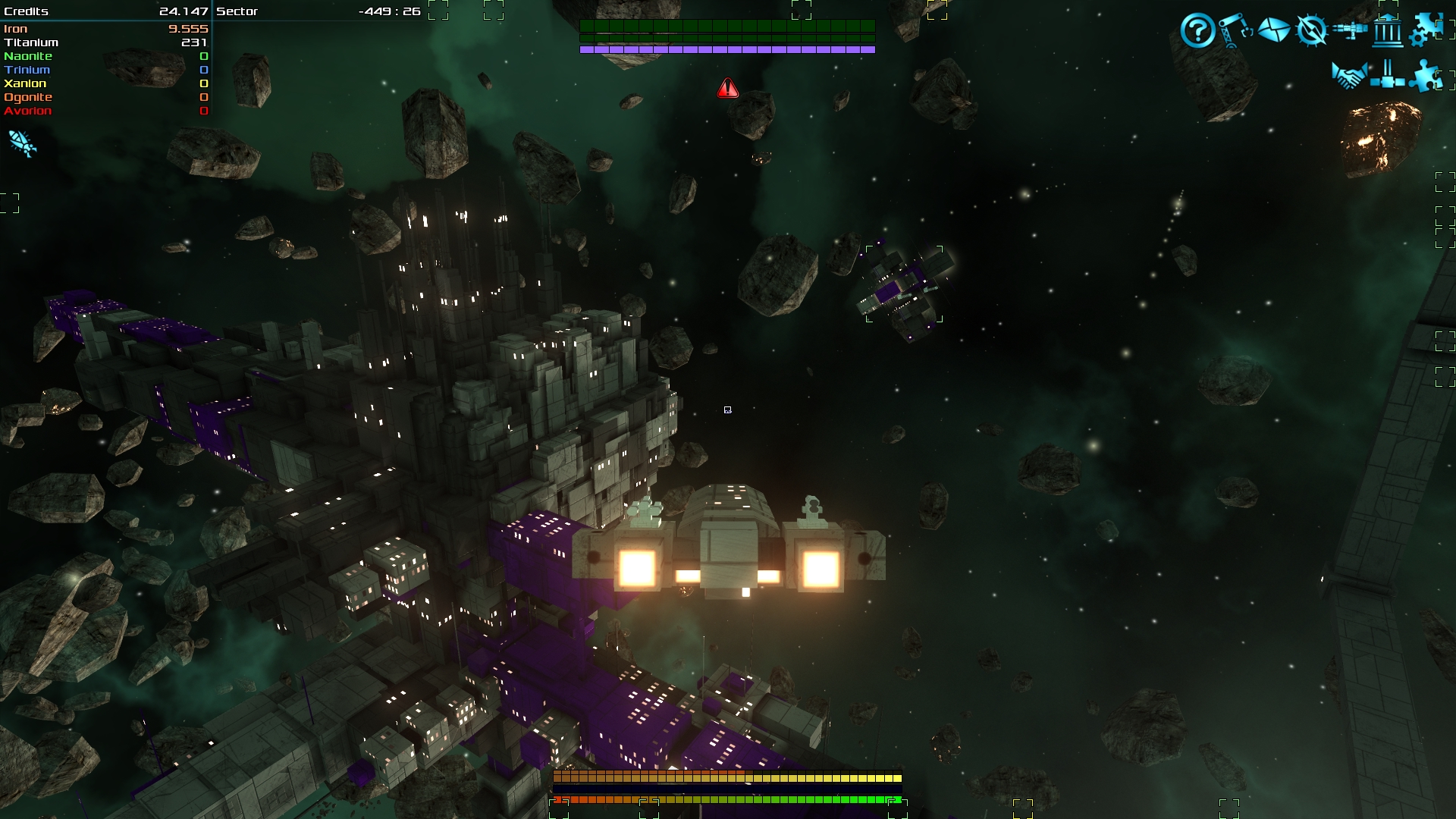 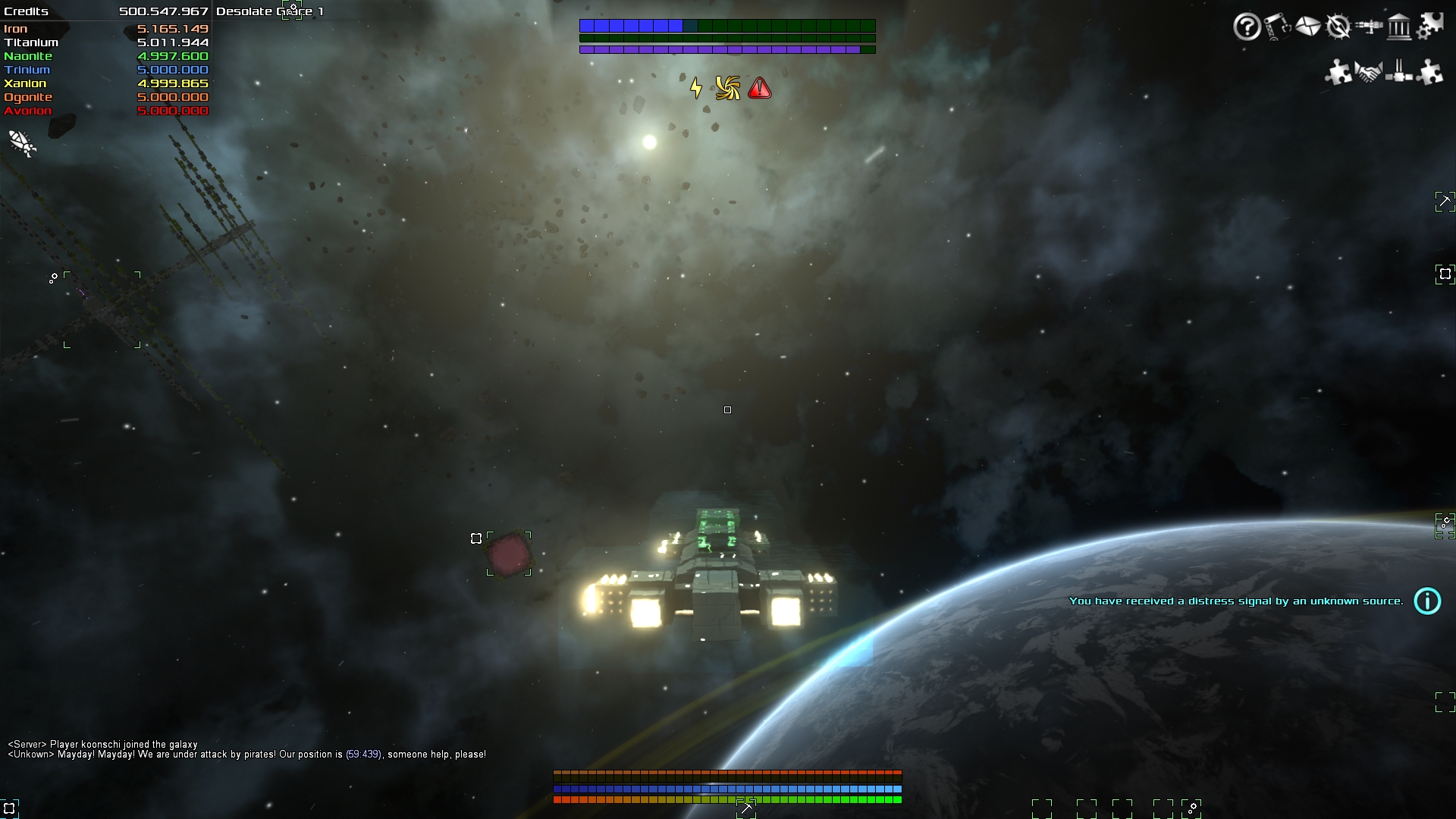 Aside from a texture update, we also did several improvement to lighting, bloom and the backgrounds. The game is now brighter and details can be seen a lot better. Each material has its own texture, and its own reaction to light. For example, the material Trinium has a very reflective and glossy look, while iron looks more gritty and used. 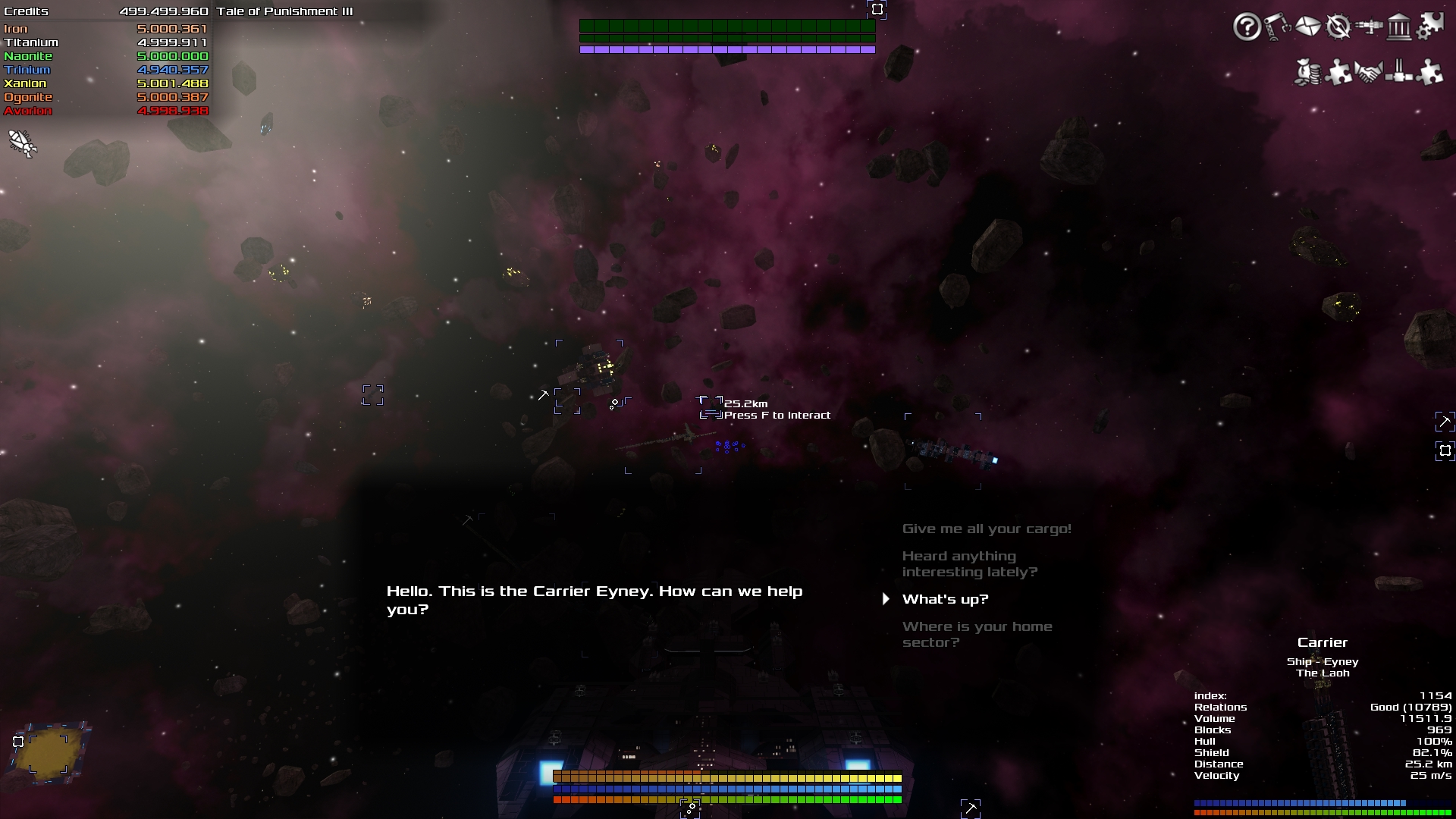 NPC stations and traders will have dialogs where you can ask them what's currently going on, where their home sector is or what you can currently do to help them. These guys will also give you valuable hints to your current story objective. 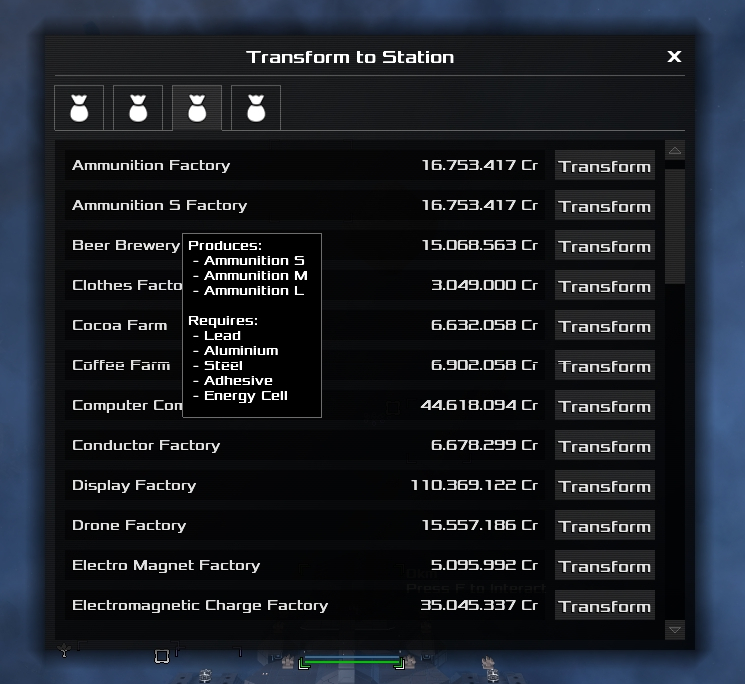 Once you find a large asteroid, you can found a mine! These mines will be attracting NPC traders and they will be producing resources for you. Other players as well as the NPC traders will be able to buy resources from your mine, and the money goes directly to you. Alternatively, you can purchase a station founder ship at a shipyard, which you will then be able to transform into a factory. You are, of course, free to take whatever resources that are currently located in your station.

The research center is a place where you can take your turrets and systems and dismantle them to potentially upgrade them to better weapons. You will need at least 3 items to transform them into a better one, but the chance of getting an upgrade will only be 60% (20% per item). You can add up to 2 more items to increase the chance of upgrading to 100% - so you can either do a gamble with less items or take the more expensive, but safe & guaranteed upgrade alternative with 5 items. 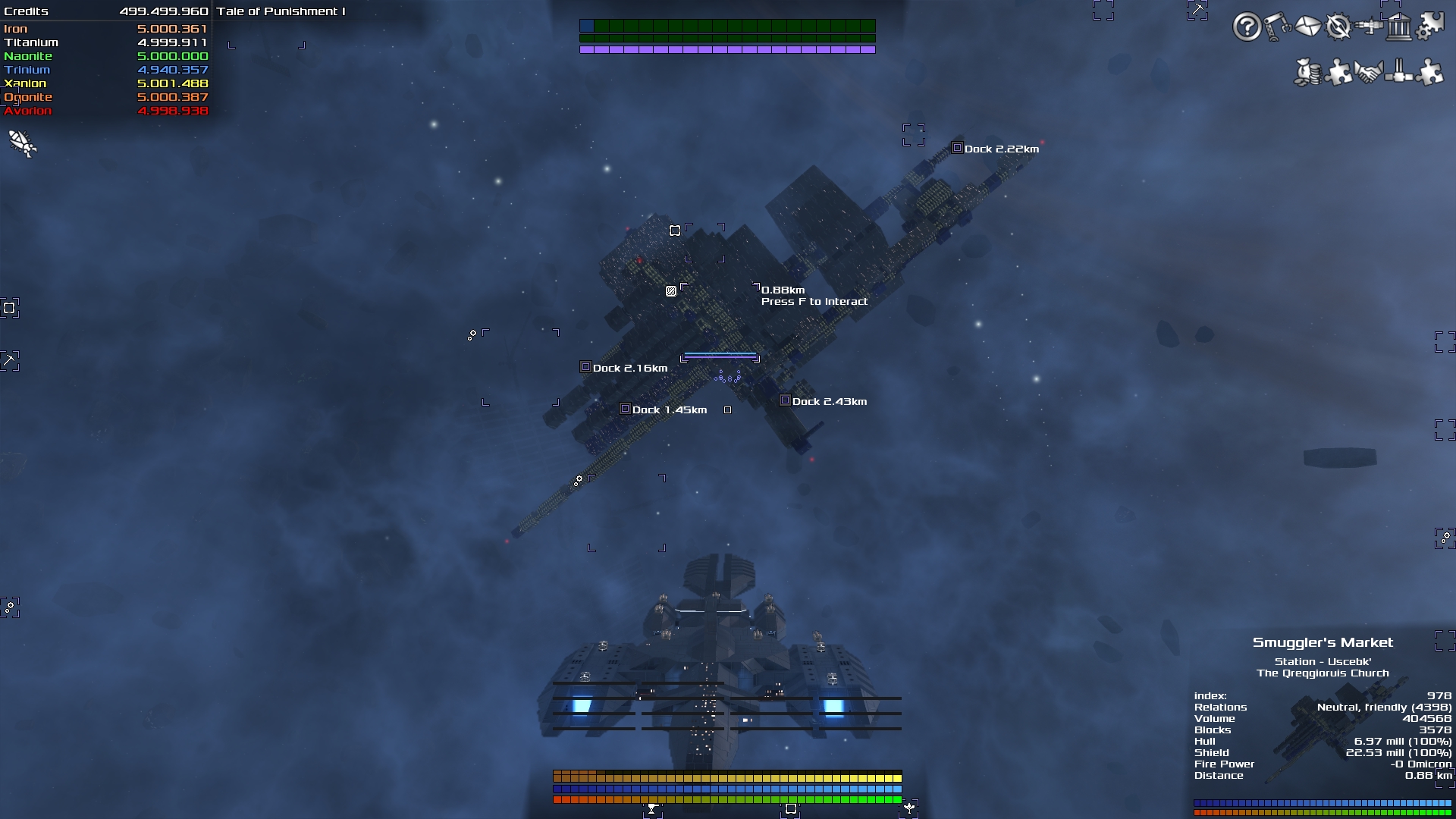 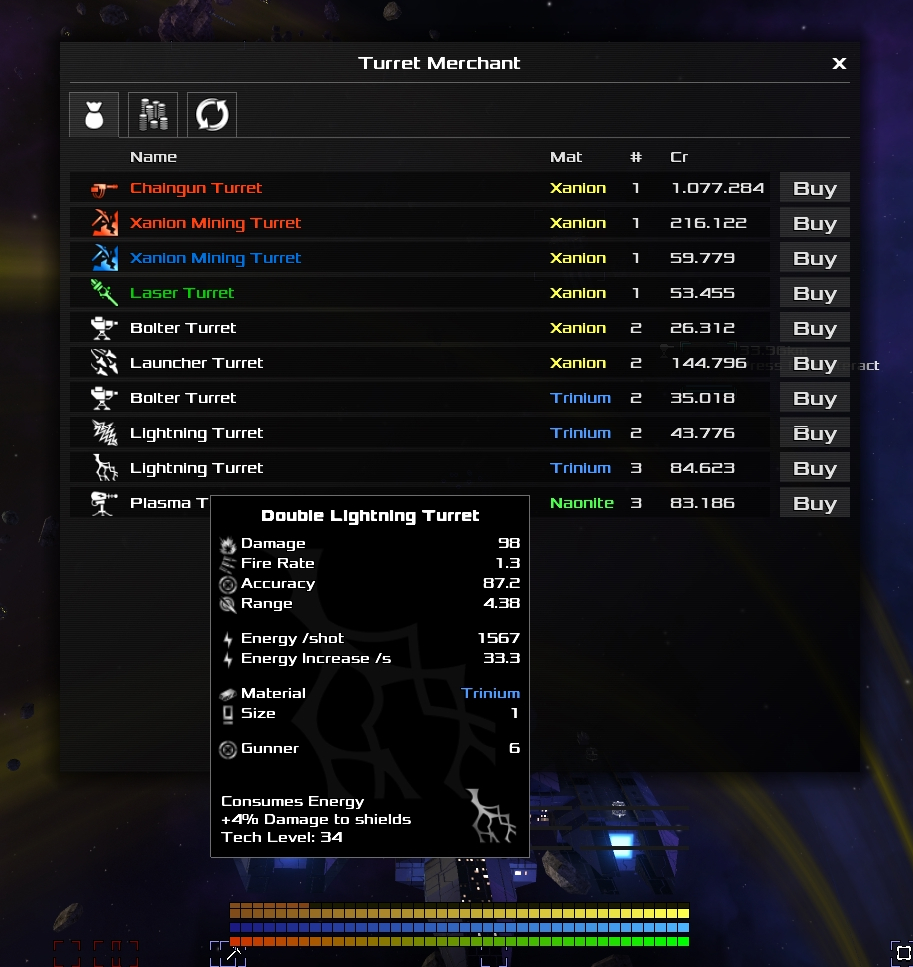 In shops you can sell and buy your turrets, system upgrades or fighters. We also want to introduce an "Item of the Hour", a special limited-time only offer. And of course you can buyback if you sold something by accident. On the bulletin board, stations will post smaller missions that you can fulfill to improve your relations and earn some credits. There will be missions for all kinds of play styles, so for example factories will have delivery missions or resource shortages, a smuggler's hideout will ask you to move some illegal goods somewhere else unseen, and a military outpost might ask you to clear an area of pirates or escort a convoi. 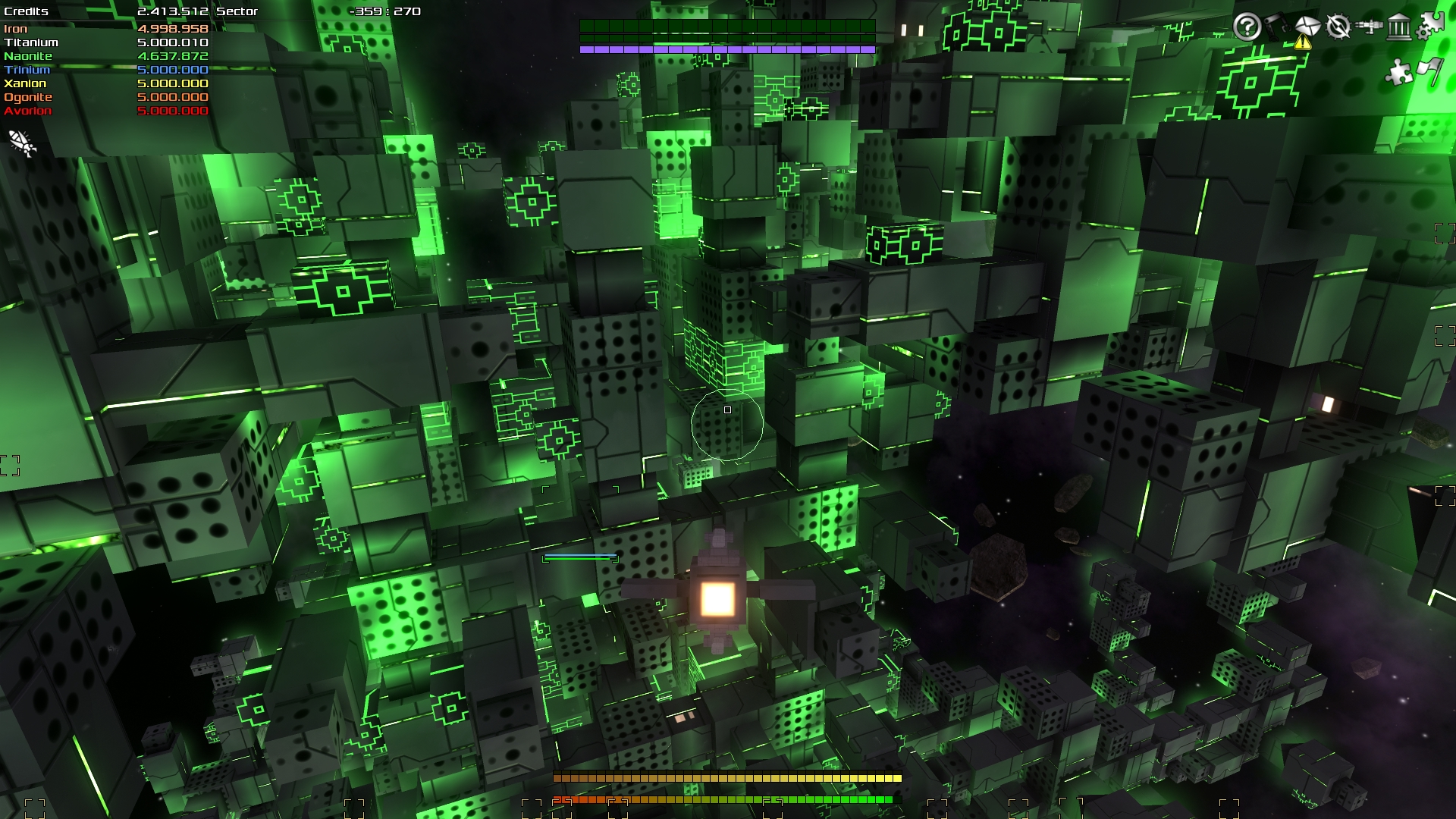 And now perhaps the most important part of the update: Our progress with the story and bosses. As we already said in the main campaign itself, the story will serve as a central theme in Avorion. We want the story to give you a motivation, a driving factor of journeying to the center of the galaxy, while still maintaining the freedom of a sandbox. Since we're fans of old-school games there's going to be several awesome boss fights on the way to the core.

So far we have implemented 4 different story boss fights, with at least 2 more story bosses to come. They will be hard to beat, they will all require different tactics and they will drop epic loot. 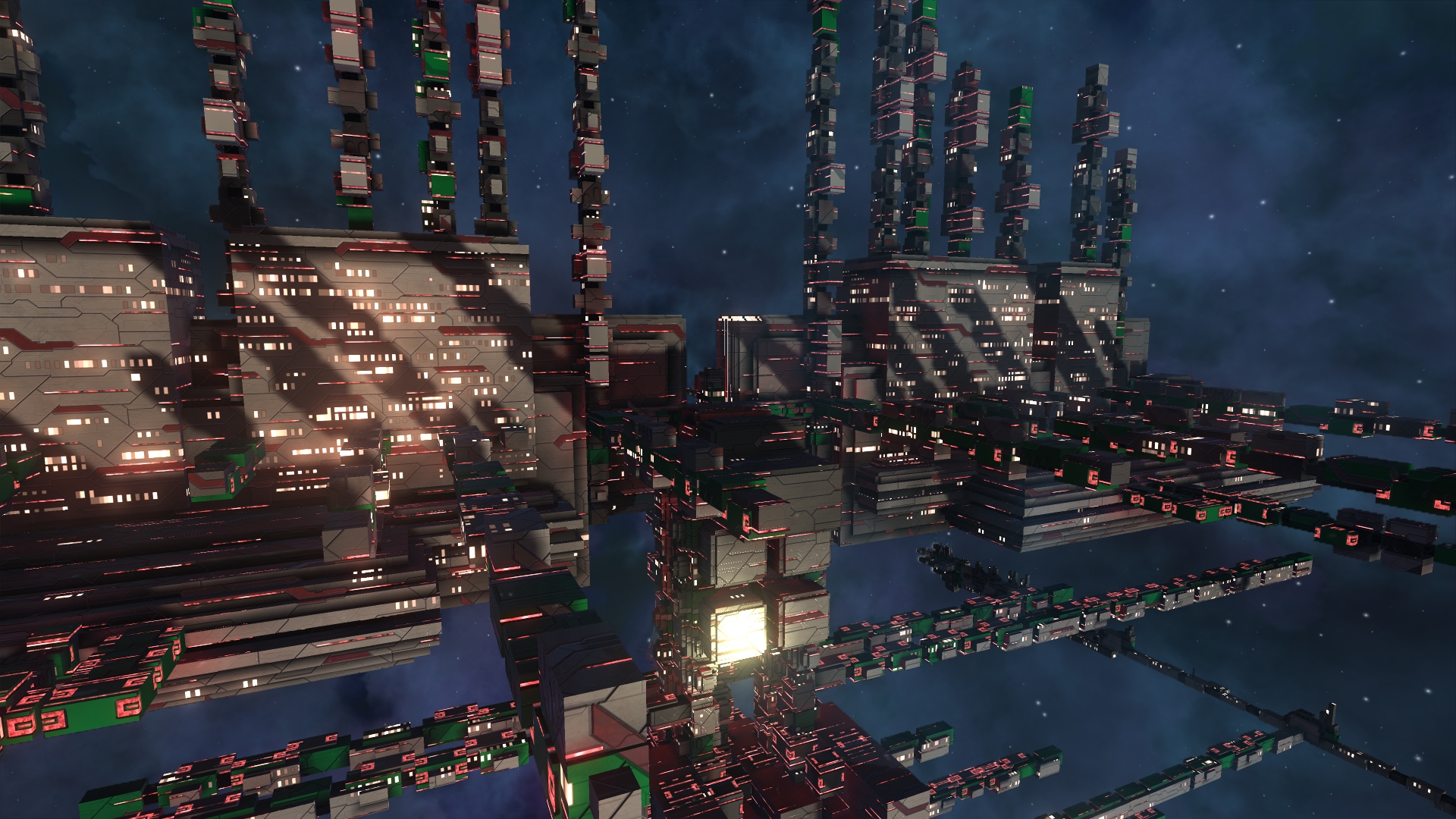 These are, of course, not the only updates we've implemented - but we thought those were the ones that were most interesting to you all. Our day-to-day work includes consistently testing, fixing and improving small details of the game, ranging from bugfixes over balancing to performance improvements in all areas. But those details are seldom noteworthy, so we'll spare you with those ;)

Alright, that's it for now! I'll be doing these updates more regularly from now on, so they don't get this big all the time!

Thank you, all the best to all of you, and see you next time!