atWar, formerly Afterwind, is now in BETA and it is open for everyone! Come along and see all the cool new upgrades, for instance, our new Map Editor.

atWar, formerly Afterwind, a free online multi-player turn-based strategy war game - in the traditions of Risk and Axis & Allies - is now available to play in BETA.

Some features of atWar are: 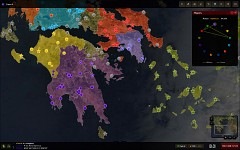 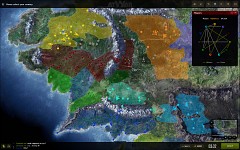 In the pursuit of creating an engaging turn-based strategy game a realistic world map was taken and the 'grid' system and pre-determined paths that dictated troop movement were eliminated. Now units can move anywhere in the map based on their individual range (although land units can not go on water and vice versa). There are over 10 main land, naval and air units available with many more 'rare' units that are sometimes found when capturing a city. Having this new free movement induces complex battle sequences and demands a high level of strategy acumen.

A feature sure to bring a lot of interest is the Map Editor, where players can make their own maps and units paving the way for one to Re-enact any battle in the Past, Present or even Future. There are already hundreds of maps available that were created by members, including maps based on the Game of Thrones, Lord of the Rings, Ancient Greece and Futuristic battles for Galaxies.

Simplicity has also been kept, with most of the inner complexity in the background, so new players shouldn't be intimidated. The interface and controls are simple and intuitive, and there's no annoying micromanagement. Most of the game revolves around expanding your territory, using different units at the player's disposal. Each game can have up to 20 players spread around the entire map. To reward the players, we have Medals (achievements) and Strategy Points, which can be used to unlock various upgrades, and also translate into ranks. Of course, the best reward is still winning a
fair game against worthy opponents. 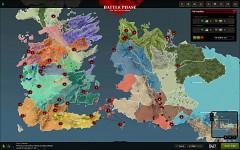