A brief look into the tutorial development of our space game. Some concept art and screenshots.

From the start of the project we felt our game might need a tutorial to help teach the controls. Some actions didn't have their own button and some were combinations. Despite this we were fairly positive that the controls would be easy to figure out by just trying them out, since ours were similar to many other old games. We were proven wrong when random testers not familiar with our game were stumped, even after being told what the controls did. People had to use the controls somewhere to learn without getting frustrated.

So we began planning a tutorial and decided on some rules from our observations:

The next thing to do was to figure out what things were important to teach about the game. A lot of graphing paper and hours were used up in making drafts, tests and placeholder graphics. 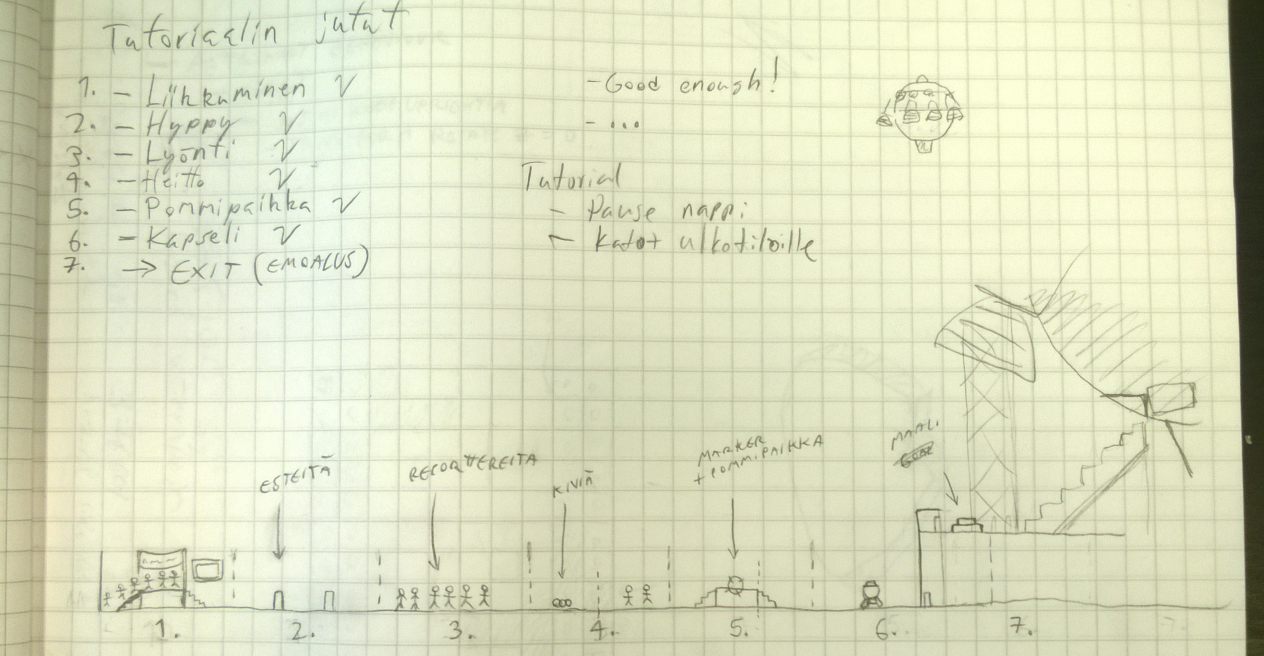 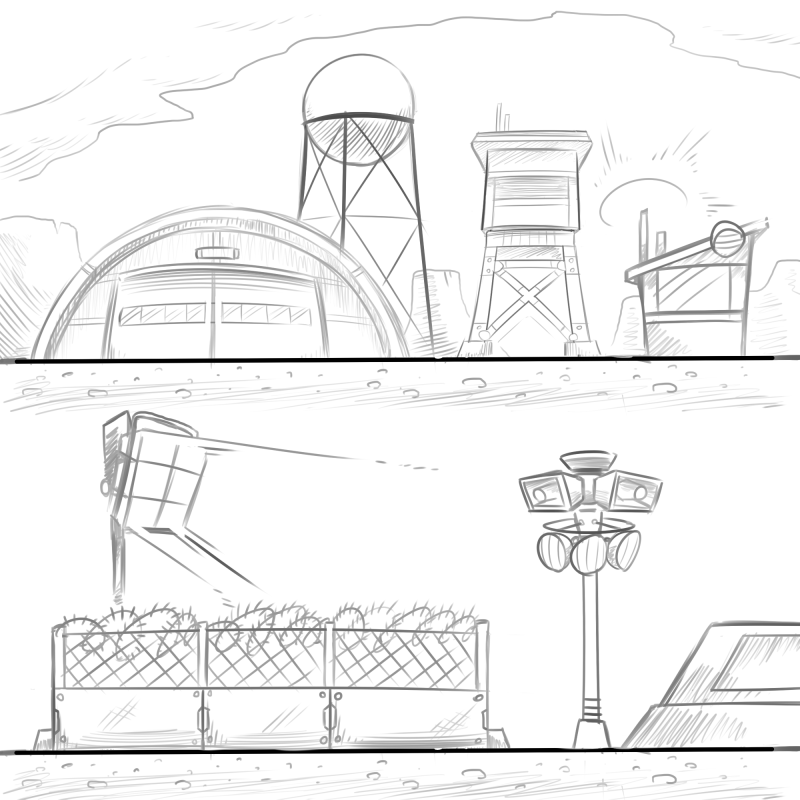 In the end we had a single large tutorial that went from left to right, had platforming and flight practise. It was a little long, boring and the flight portion wasn't accurate to the rest of the game, which we felt was especially important to get right. It was time to step back a little and think things over. 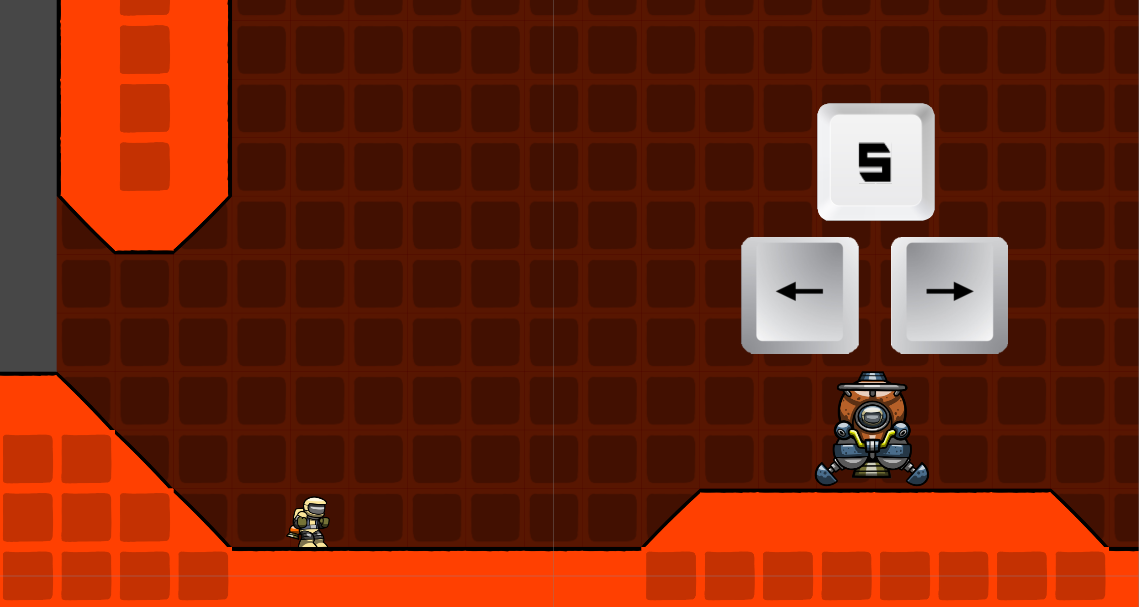 We ended up splitting the tutorial into separate ground and space tutorials since the player controls both a character and a space ship. We also did a better job at figuring out the important content this time.

From here we could then come up with more interesting ways to present these to the player. We threw some ideas and chose the ones we found most fun. Next, function was priority number one. The tutorial had to work before any time was spent on eye candy.

The ground tutorial became a tall, secret training facility you had to scale up. It has levers you have to punch to open doors, defunct elevator shafts that must be scaled with a jetpack etc. 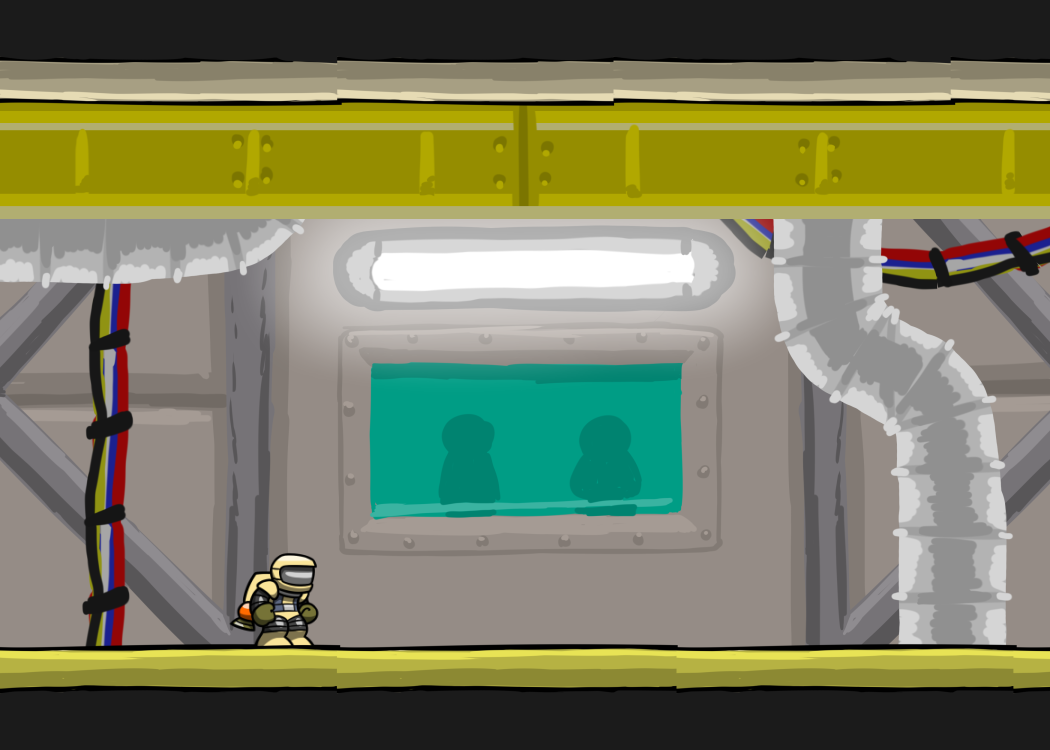 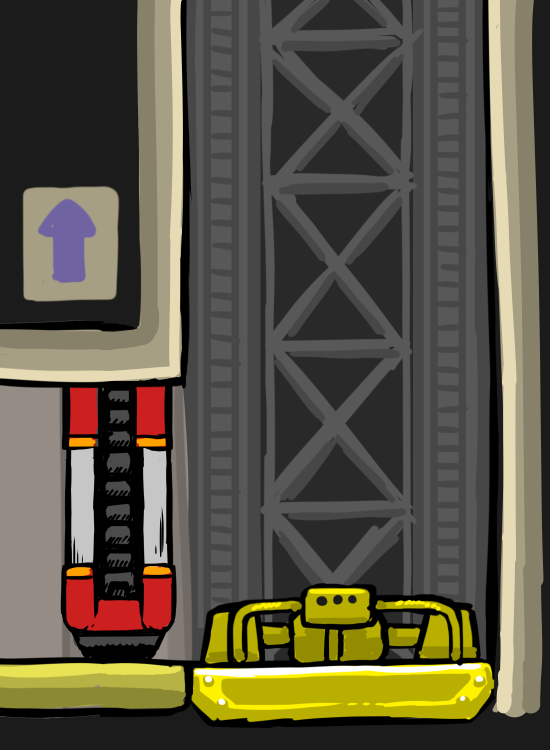 And screenshots of the finished thing: 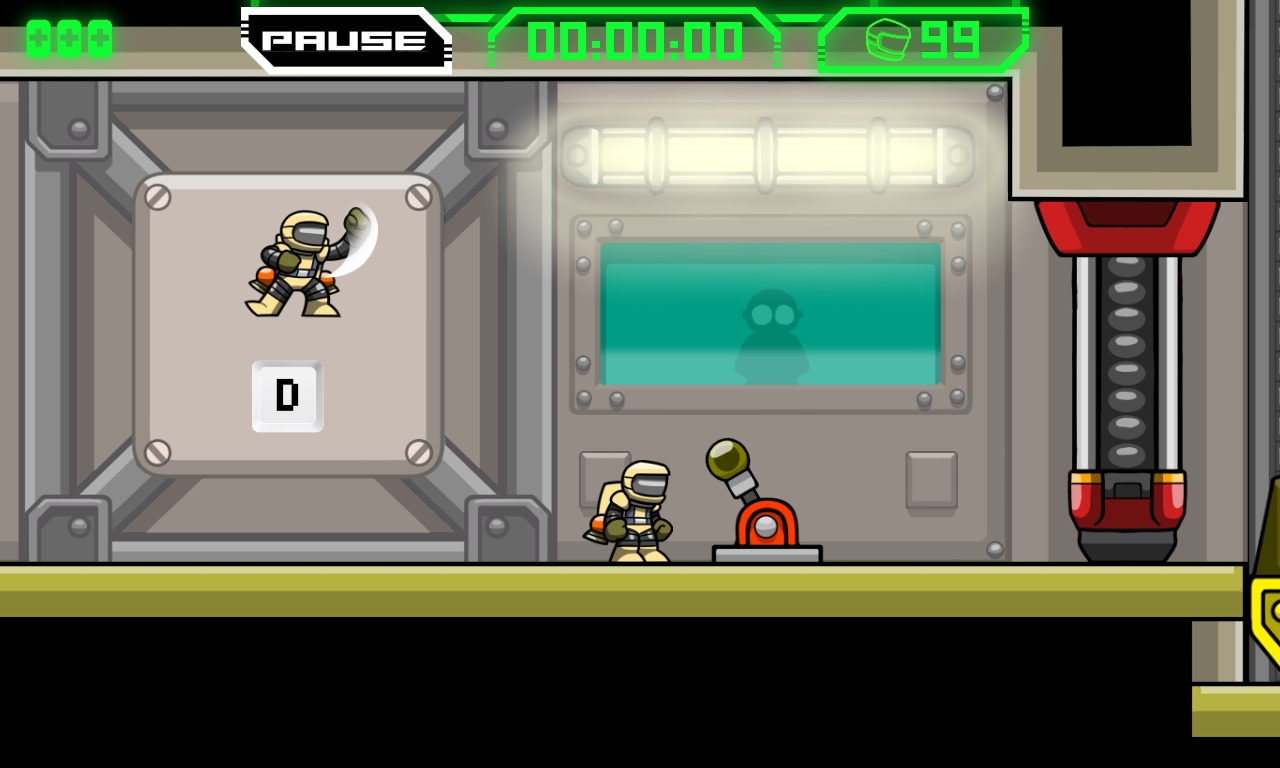 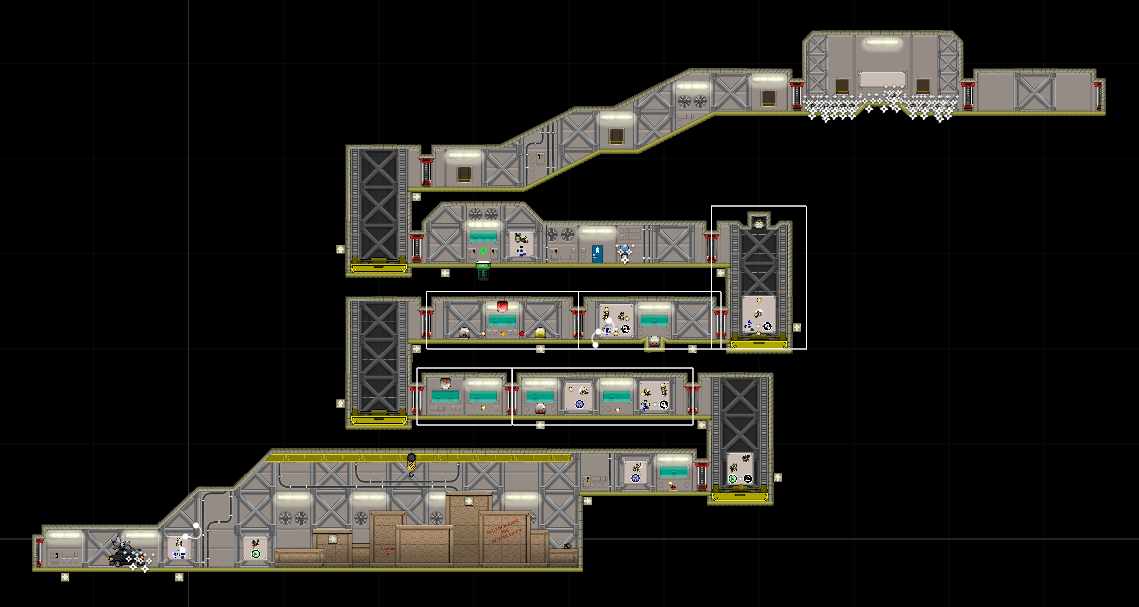 We are still working on the graphics of the space tutorial so only concept art of the filming site for now: 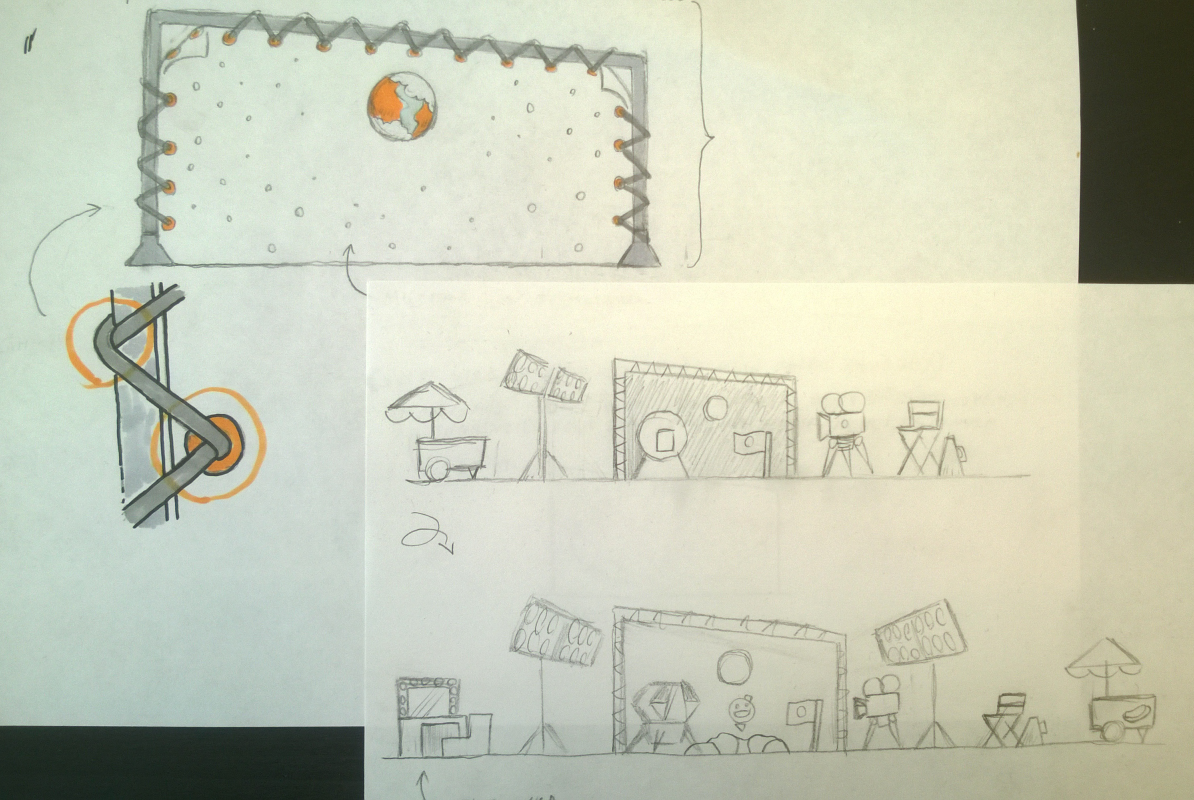 So far, the rules we came up with were followed like so:

More on the space tutorial as it progresses.