Asteroids are awesome, contain valuable minerals, and will butter your toast for you.

Lifting things up from planetary gravity is difficult and expensive. To lift a pound from the ground to low earth orbit takes at least 9 pounds of fuel. As of 2015, lifting that pound would cost about $10,000. Surely there's a better way? 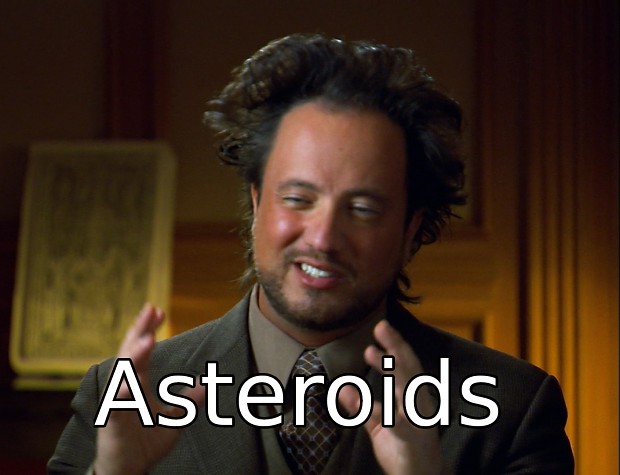 Why asteroids are totally radical.

I want to make one of the most accurate space combat simulations ever made, and asteroids are a huge part of that. Lifting enough mass out of a planetary gravity well is too expensive to be a feasible way of constructing a capital ship. But just sitting out there in the asteroid belt, Kuiper belt, and Oort cloud are, by some estimates, five times the mass of earth. Not only do you not have to lift this mass, but it's also distributed more uniformly. Down here on earth, the vast majority of iron, nickel, and heavier elements are buried far, far below the earth's surface, where we can't reach it. But in the asteroid belt? Let me introduce you to asteroid "16 Psyche":

Ok, so it doesn't look like much. But "16 Psyche" is a Type-M asteroid 200KM (120 miles) in diameter. It's a solid ball of nickel and iron. 2.27*10^16 metric tons of metal. That's enough to build build 227 BILLION Nimitz-class aircraft carriers, one of the biggest seagoing warships we've ever built. It's over 7000 times the total iron production of the entire world last year. And it's just sitting there. Ready. Waiting. 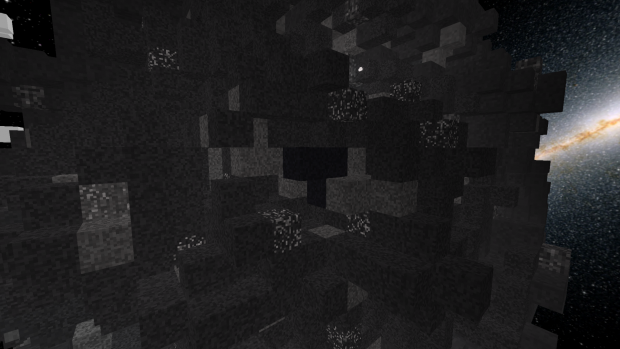 Once you get off the rock you're born on, the most sensible thing to do is to grab the nearest asteroid and get to mining. To that end, I've spent the last few weeks working on the asteroid generation algorithm. Pictured above is a rather accurate simulation of an M-type asteroid, the same type as "16 Psyche". It's a little smaller, around 400,000 metric tons. Still enough to build 4 Nimitz-class aircraft carriers. I added layering of asteroid materials, allowing me to create complex, multilayered asteroids. I implemented a systems for veins of ore, varying ore densities, and materials that are associated with other materials. To generate these asteroids, take multiple small 'blobs' of asteroid material and randomly throw them at each other - Much like how asteroids grow in real life. I've defined a text data format for all of this, making it easy for myself or others to add new asteroid types in the future. So far I've defined accurate-to-real life simulations of M-Type, B-Type, S-Type, and O-Type asteroids. 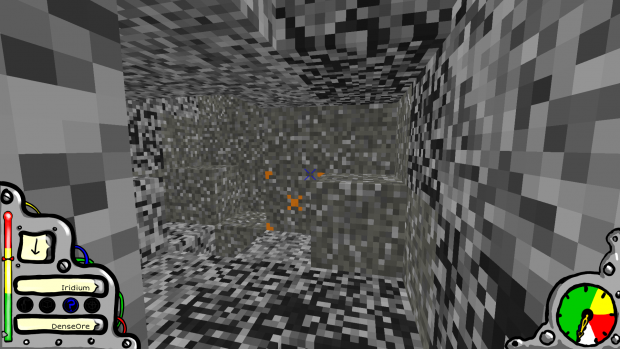 Sure, asteroid mining is important... eventually. Why am I implementing it now? Well, the next big feature is mining. By the time the next version of ScrumbleShip is released, you'll need to mine to gather materials to build with. I'm going to create a short range laser which allows you to mine groups of voxels in front of you. These voxels will drop into your inventory. You'll then need to head to a foundry, where you can melt and reform these raw materials into high quality ship building voxels. Find a big vein of Olivine? Smelt it down to get Magnesium, Silicon, and Iron. Found a bunch of carbon? Tell the foundry to crush it into diamonds for you. Once you have these materials, you can spend them to place new blocks. Large blocks will cost many voxels, while smaller blocks will be cheaper. Alternatively, you could sell voxels through a shop terminal to get rare, hard-to-find materials, such as butter. Because it just wouldn't be ScrumbleShip without a butter spaceship flying around, you know? I'm hoping to get the next version out sometime around the start of 2016. Watch the ScrumbleShip blog for a list of features sometime soon.

But I still need your help

Money is incredibly tight right now. If you like the game, but haven't purchased yet, please consider doing so:

If you've already purchased, and would like to help out with a monthly contribution, please consider supporting our patreon. As of this writing, we're only $50 away from full time work.

Any and all contributions help keep me working on ScrumbleShip full time, and are sincerely appreciated. Thank you.