Ashes of the Singularity is a real-time multiplayer strategy game set in the distant future in which humanity has expanded into the stars and is now in conflict for control of key planets in our galaxy.

Ashes of the Singularity is a real-time strategy game set in the far future that redefines the possibilities of RTS with the unbelievable scale provided by Oxide Games’ groundbreaking Nitrous engine.

With the power of the developers editor at your fingertips, the game can be customized to your liking, check out our exclusive modding guide here and submit your mods here.

Take command of the resources of an entire world to build up massive armies, research new technologies and annihilate all those who stand in your way in this new, massive-scale real-time strategy game.

Until now, terrestrial strategy games have had to substantially limit the number of units on screen. As a result, these RTS's could be described as battles.

Thanks to recent technological improvements such as multi-core processors and 64-bit computing combined with the invention of a new type of 3D engine called Nitrous, Ashes of the Singularity games can be described as a war across an entire world without abstraction. Thousands or even tens of thousands of individual actors can engage in dozens of battles simultaneously.

The massive scale makes Ashes of the Singularity unique, but we draw from RTS conventions so that the experience isn’t completely alien. Worlds are broken up into regions that can be captured. There are supply lines to be guarded. Structures must be built. Resources acquired. Logistics managed.

Ashes takes a lot of inspiration from Sins of a Solar Empire and Total Annihilation. However, the game mechanics for planetary conquest are influenced by Company of Heroes. 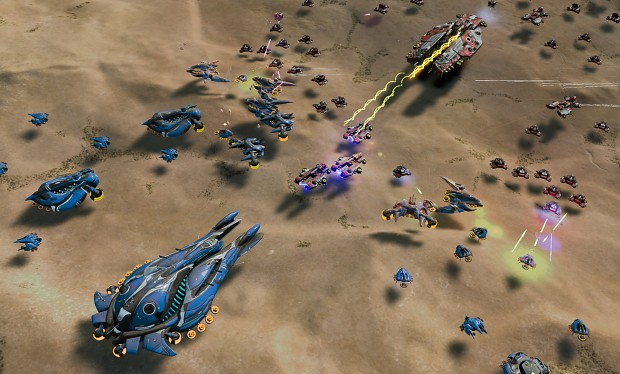 While Ashes has a strong multiplayer feature set, it includes what is arguably the most sophisticated AI engine ever devised for a real-time strategy game. Ashes of the Singularity requires a minimum of 4-cores on your CPU. In exchange, you get an AI that can create complex strategies and plays by the same rules as you do, providing a level of challenge never before seen in a single-player RTS. 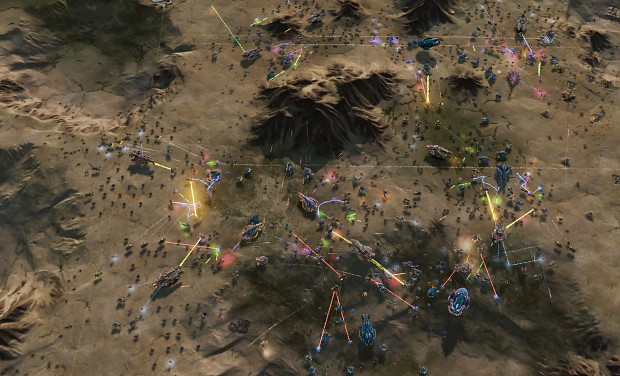 Compete in ranked games against strangers or set up custom, un-ranked competitive or cooperative games with friends. A worldwide ranking system lets players find where they stand in comparison to others. 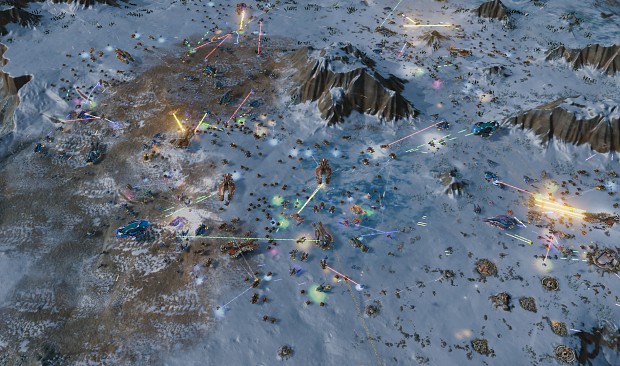 Games are won or lost based on your strategy, not how fast you can click. Deciding what technologies to research, where to send armies, how to manage your economy, and what units to construct are critical.

As the conqueror of an entire world, you will be battling on multiple fronts with multiple armies. Scouting your opponent's strategy, determining their priorities, tracking where they are, and capturing strategically vital resources will lead to victory. 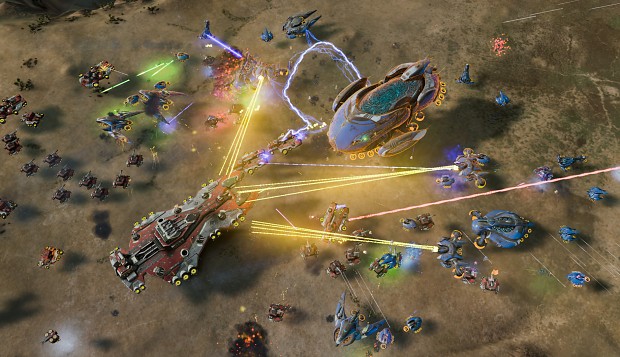 I'll check it out and best of luck!