This is a summary of my experience on making ASA: A Space Adventure, from the writing to the production.

Today I wanted to summarize and share my experience on making ASA. As I’m a single developer, it's quite hard - but interesting - to compare with what a team could have done on a similar project.

First thing I made was the short film 2011: A Space Adventure, which received good criticisms, and it encouraged me to make the game later. 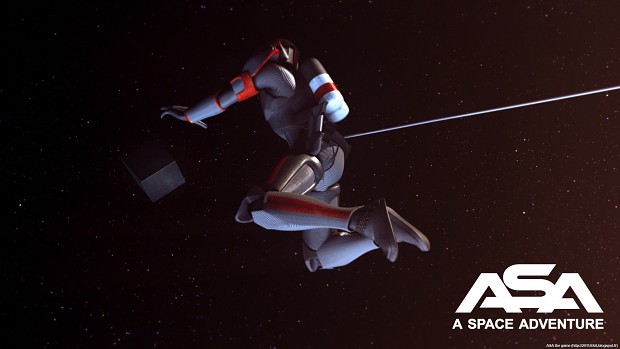 Having this film done was a very big help because :
- I knew what people liked/disliked
- I can use it as an opening movie for the game
- It gives me a strong background and a beginning for a scenario

Of course, when I made the film, I just didn't imagine that the project would go so far ! 2011ASA (the short film) released in november 2011, where the production of ASA (the game) only started in july 2012 ! And between them two, I had no project of making this game... The idea went suddenly in june 2012, when I started thinking of the best way to use the original scenario.

Speaking of scenario, this short film was based on a small book I had written in self-publishing. I don’t say it is a qualitative novel, but I had a strong idea, at least.
Then I developped the game scenario from this point, and didn’t start the 3D production before I had finished the writing ! I know it’s hard to resist to the temptation of going into 3D modeling, but the writing step is very important.

When my scenario was complete, before starting the real prod, I thought for a long time of the best software for programming. I have to be honnest, I’m not good in programming, that’s why I chose to make a slideshow game and that’s why I chose Adventure Maker. That’s probably not the soft everyone would choose nowadays, you know ! But the author and the community are very nice people, and they really helped a lot.

From this point I just made some rough sketches of the world of ASA (the main ship, the planet). And when I say rough, I mean rough ! I didn't draw some great artworks : just made plans in top view, and started placing my main puzzles. The aim was to precise the main idea, and start knowing where the puzzles/enigmas would bring the player when he solves them. That’s how I built ASA. I have drawn it into sketches, from the starting point to the end (or almost… ). Easy when you have your scenario ! Of course, this step was not accurate, and the final game changed a lot compared to my sketches, but I don’t imagine how you can create an adventure game without this step. 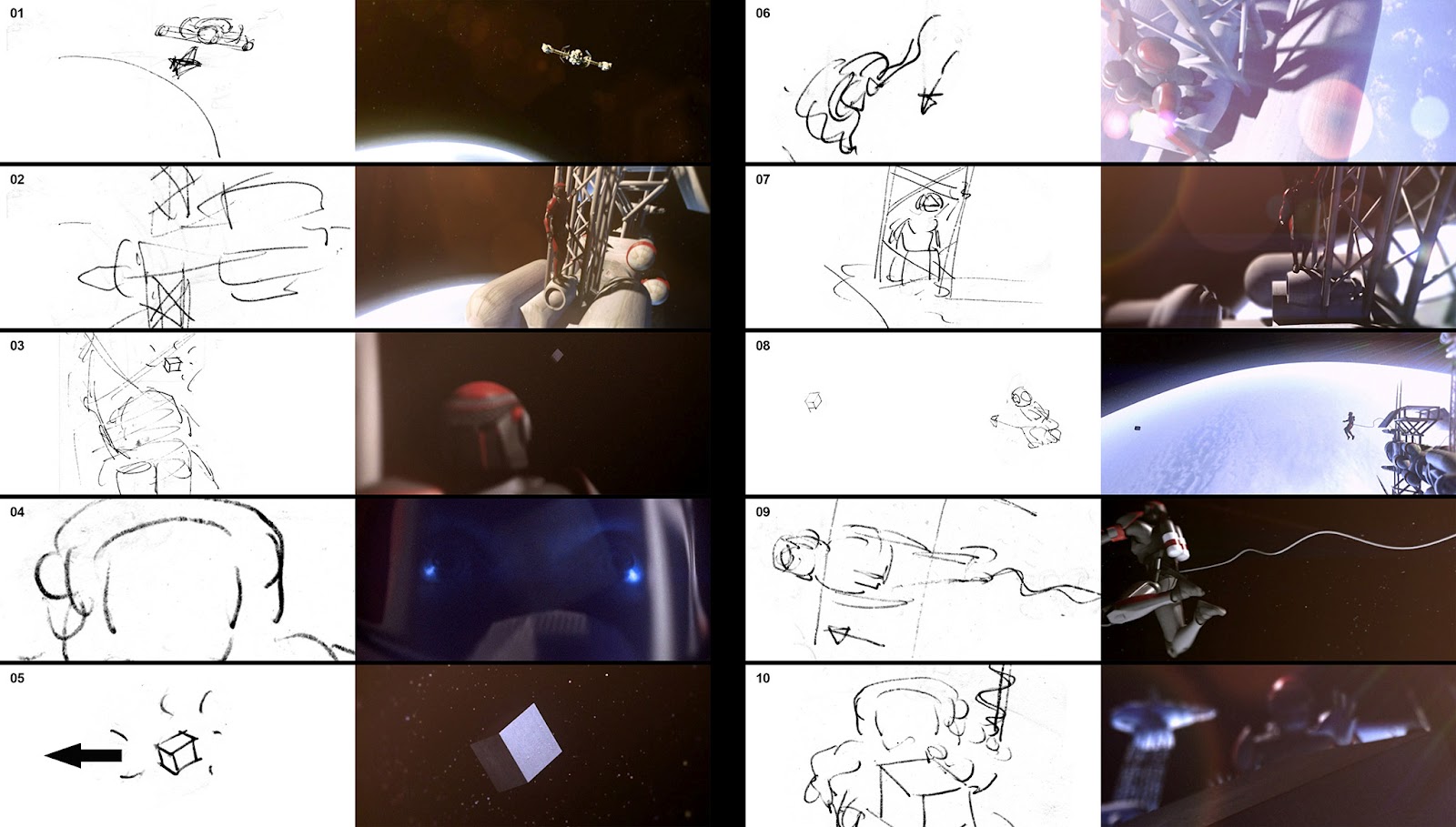 That's how I finished the most important and could conclude the "pre-production process" by designing the characters and environments once and for all. Personally I started the real 3D process/programming at this point, and I met no real problem then. I just imagined the final puzzles gradually, depending on what I had made in the environments, in order to integrate them well. The biggest thing was to stay motivated until the end !!! 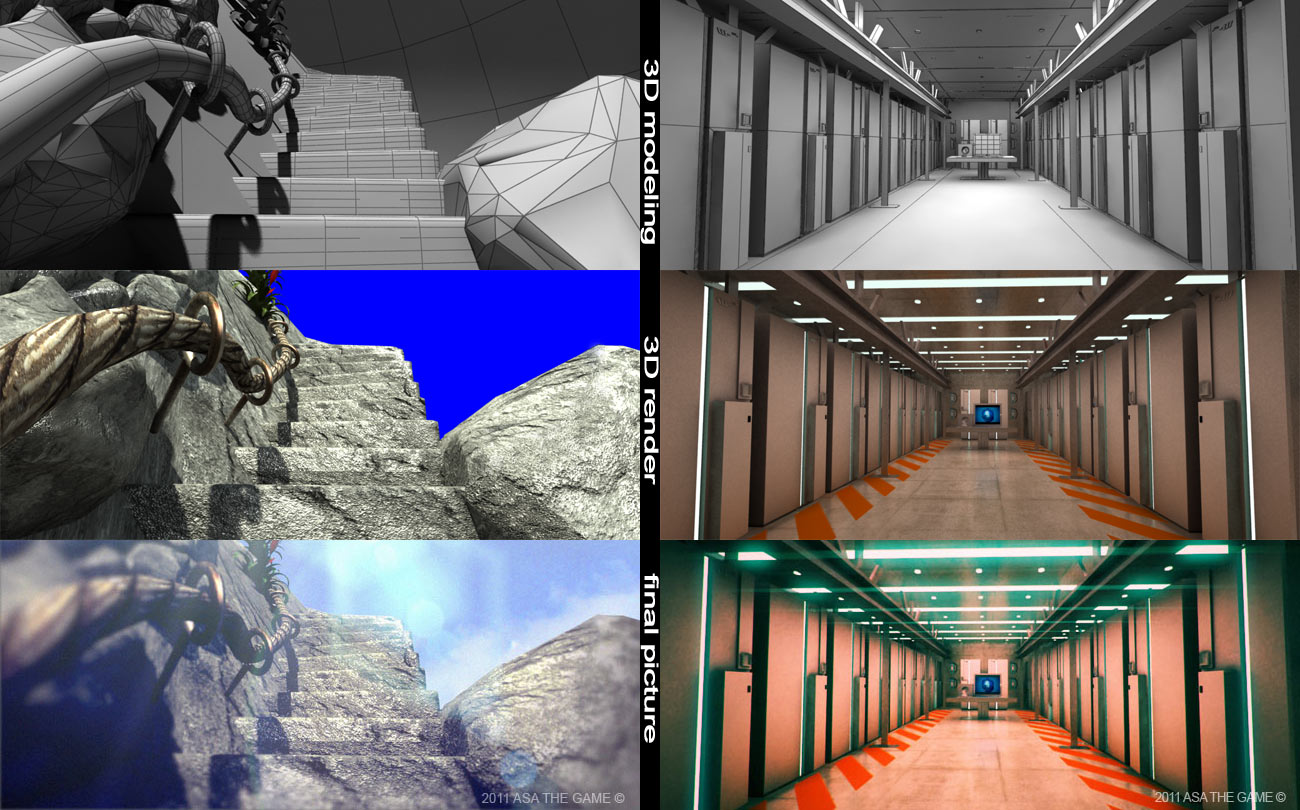