This article discusses how the combat system works and the weapons you can use!

It's simple. There are a number of ways to fight and kill other skeletons in The Skeleton War. All combat, with the exception of bombs, glorious bombs, is melee combat. The combat is quite simple; you press the attack button and your character attacks.

Your attack's damage will depend on the weapon you have. If you have no weapons, you will punch or punch kick, depending on the limb you have attached to your arm socket. 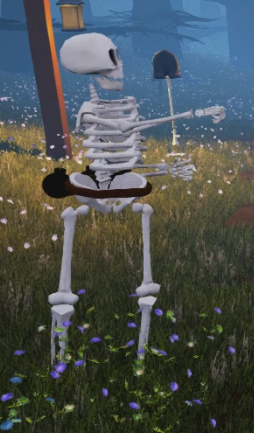 If you have picked up another skeleton's leg as a weapon, or a shovel, you will use that in your attack. 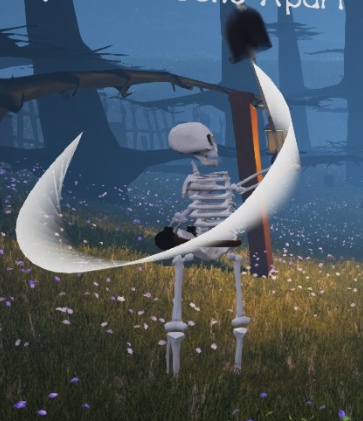 A skeleton attacking with a shovel

While each form of attack can remove a limb in one hit, there are advantages to having a weapon over no weapon. While there is no straight up blocking by holding a button or using a shield, attacks can be blocked if they hit your weapon. Below is a table showing Attacking Weapons vs the Defending Weapon. (Punches and Punch Kicks are not weapons, but they are attack types, so just go with it).

Bombs are the final weapon. These can be thrown and have a devastating area of effect. If you are caught in the blast, you will lose both legs, an arm, or die, depending on the limbs you have attached. 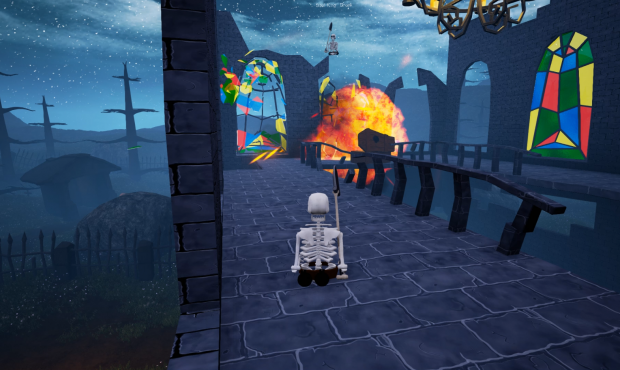 A player being blown up by a bomb. If you look closely, you can see they left their legs behind

When you spawn you start with three bombs attached to a belt around your waist. You can find more bombs from coffins laid out around the map. Only one will be open at a time though and never the same one twice in a row. You'll have to look around or listen for the creaking sound the coffin makes when it opens. You can only have a maximum of three bombs at a time; if you take only a single bomb from a coffin, it will still close. 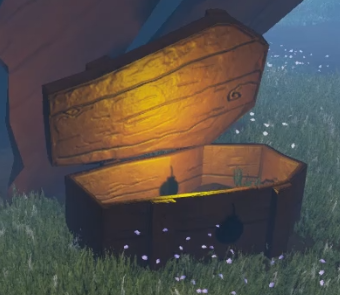 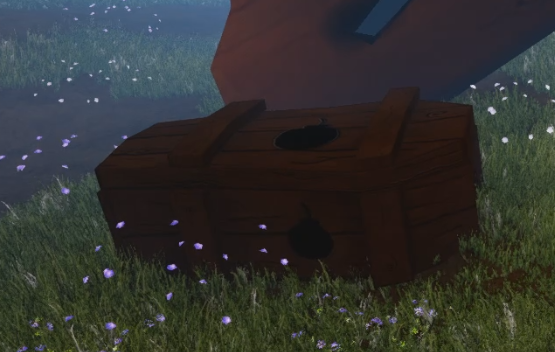 Thank for you for reading, we hope this information will aid you in The Skeleton War!