After over three years of development, I’m proud to announce today the release of the first public Alpha for Arelite Core, available now!

After over three years of development, I’m proud to announce today the release of the first public Alpha for Arelite Core. A lot of work went into creating an “open” publically playable version, the first version on public display since the Nadeshicon convention in April 2015. You can download the Windows version today from the downloads section.

Journeying across the Arreal mountains

I'm releasing the demo in order to test out the various combat mechanics for the game (the combo system, stun, blitz) as well as the balancing for the monsters. It starts off fairly easy as you descend the mountain but does end in a fearsome battle with the Dalthor, which does require more strategy to properly take down.

Can anyone defeat the fearsome Dalthor?

This public alpha integrates a lot of elements which were suggested in the past from private demos. The best example would probably be the enemy encounters which originally just old school random, but were changed to lurking shadows after some feedback. 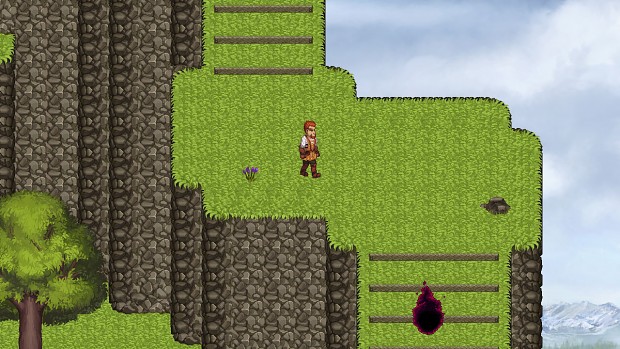 This alpha is fairly short, it covers the space between the first and second boss in the game, but I'm hoping to get a lot more feedback from this release. Beyond any bugs, I really want to hear about player expectations, what they like and don't like. Arelite Core is rooted in traditional JRPGs, but I'm not afraid to go beyond that if there's a good opportunity to do so.