Post news RSS Are games a good medium to talk about important issues?

There are many ongoing issues that need to be addressed and loudly commented on. One of them is the climate change. Our planet is slowly dying because of environmental issues, mainly caused by people. On the other hand - we’re the only ones who can save the Earth. The consequences of our past actions will be major and right now is the last possible moment for our reaction.

It is good to talk about the meaningful issues with the help of games, because they allow to project a diverse perspective on the topic. With the help of proper mechanics and interactive narrative, you can show people that there’s much more to see from a different point of view. It arouses emotions, allows you to understand feelings you would never associate with this peculiar matter. Makes it easier to ask some questions and also answers them, no matter how hard the truth might be. They basically become a tool of explanation and understanding. Since Eco Warrior is a simulator, it should be even easier for the player to dive into the subject, because the issues we deal with are authentic. The main role of the simulator is to mimic reality as accurately, as possible. 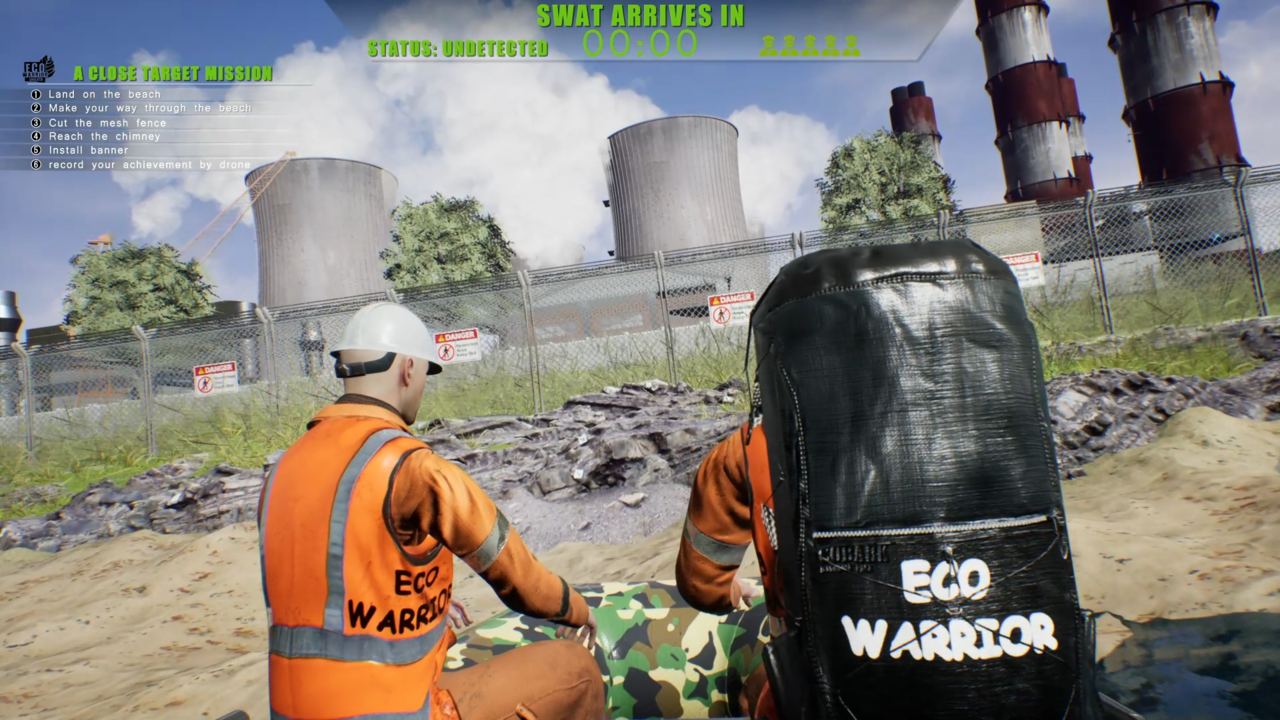 Pollution of water and air, cutting down trees, uncontrolled exploitation of natural resources. There are so many issues damaging nature and causing the breakdown of our climate. Nowadays, major part of the society is aware of the changes, however many people seem to ignore the trouble, since it’s not their generation’s problem to deal with the possible outcome of the actions. We think that the issue starts at the level of perception of the problem - people need to learn to see the bigger picture, not only to focus on what is happening here and now. Without thinking ahead there might be no future for our grandchildren. 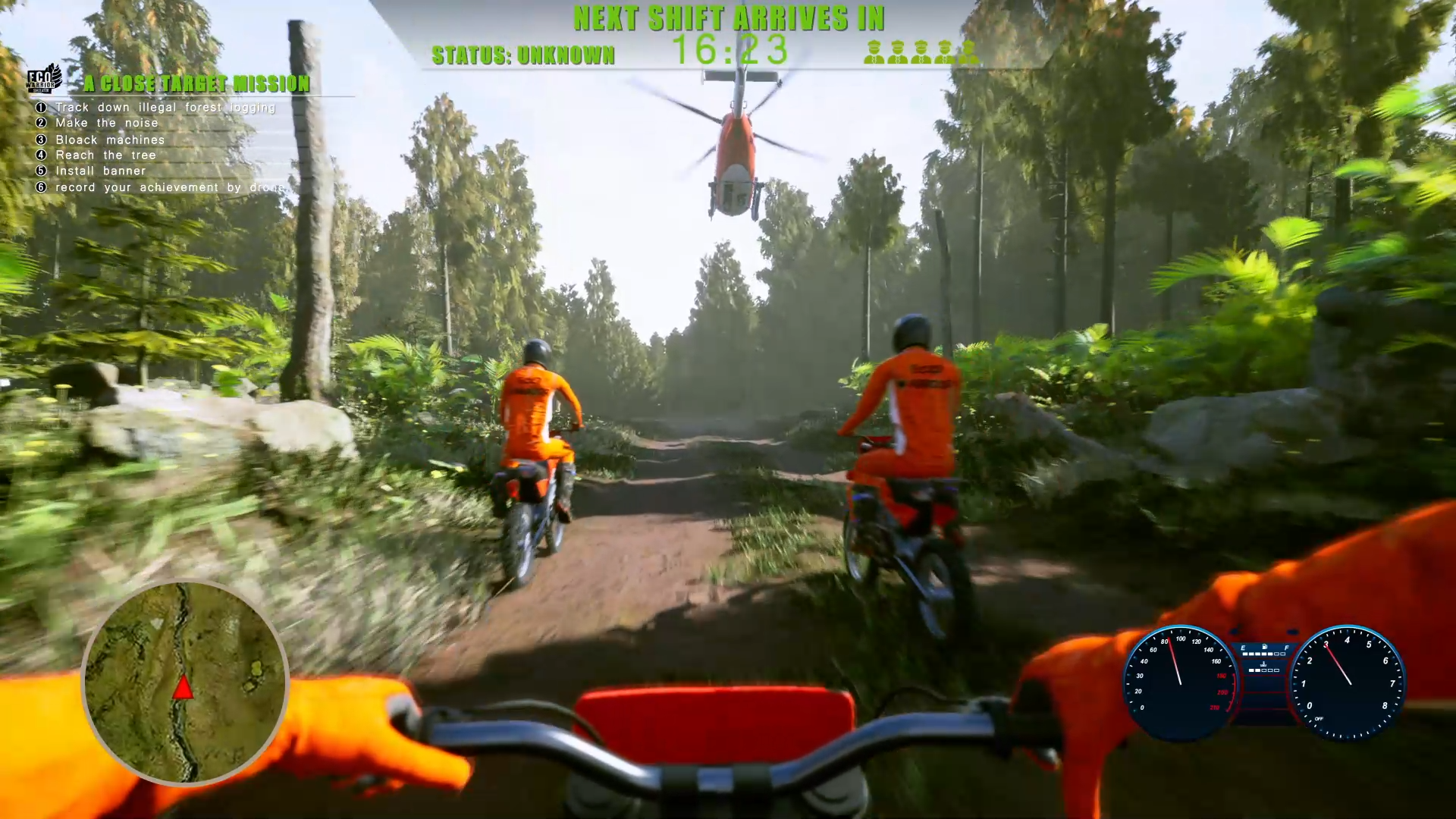 We’re not activists, we’re game designers. However, just because we’re focusing mainly on creating virtual entertainment, doesn’t mean we can’t touch serious topics. We wanted to make a game that will fulfill both functions: it will be fun and educational. We consider the issue of the Earth’s environment something that should be close to all of us and with this game we are contributing to the global discussion on man-caused climate change. We hope that this way we will be able to draw the attention of gamers to the problem. 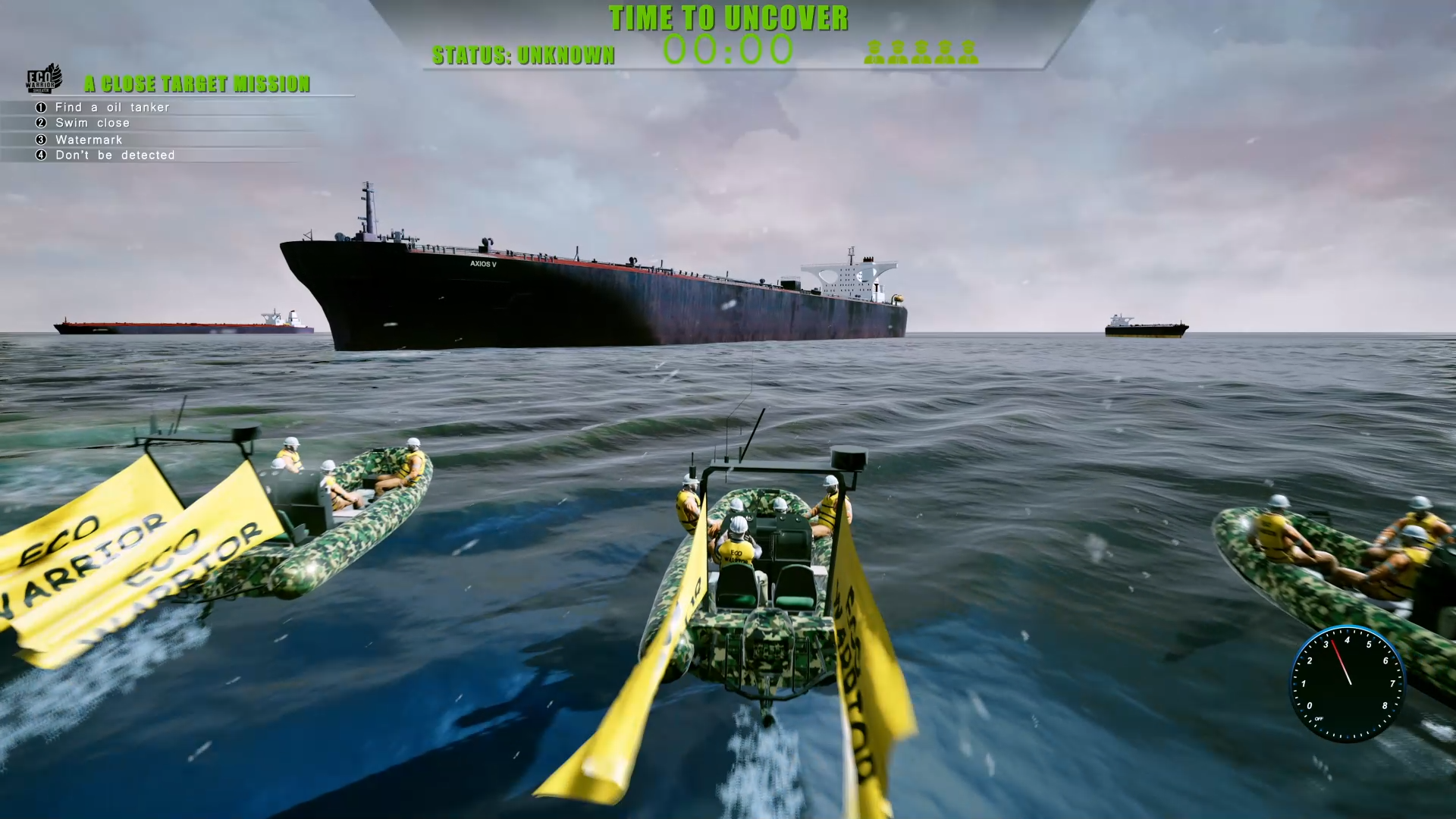 Our main inspiration were multiple movements which care about the environment and fight to make a difference. Their brave actions extremely impressed us. We know that there are some organizations that speak louder than others and their actions are also more noticeable. But our ultimate goal is to give a shoutout to every single activist that deeply cares about the condition of our planet.

Eco Warrior Simulator is supposed to be a little bit like an interactive movie - the audience is given a chance to take a look at some of the events from an activist's perspective. We believe that by drawing attention to the problem of environmental pollution, we contribute to the improvement of the simplest behaviors like waste segregation, reducing plastic consumption or saving water. Looking at the current situation - every gesture counts. It’s good to use fun ways to teach about important topics and we hope our game will cope with this task. 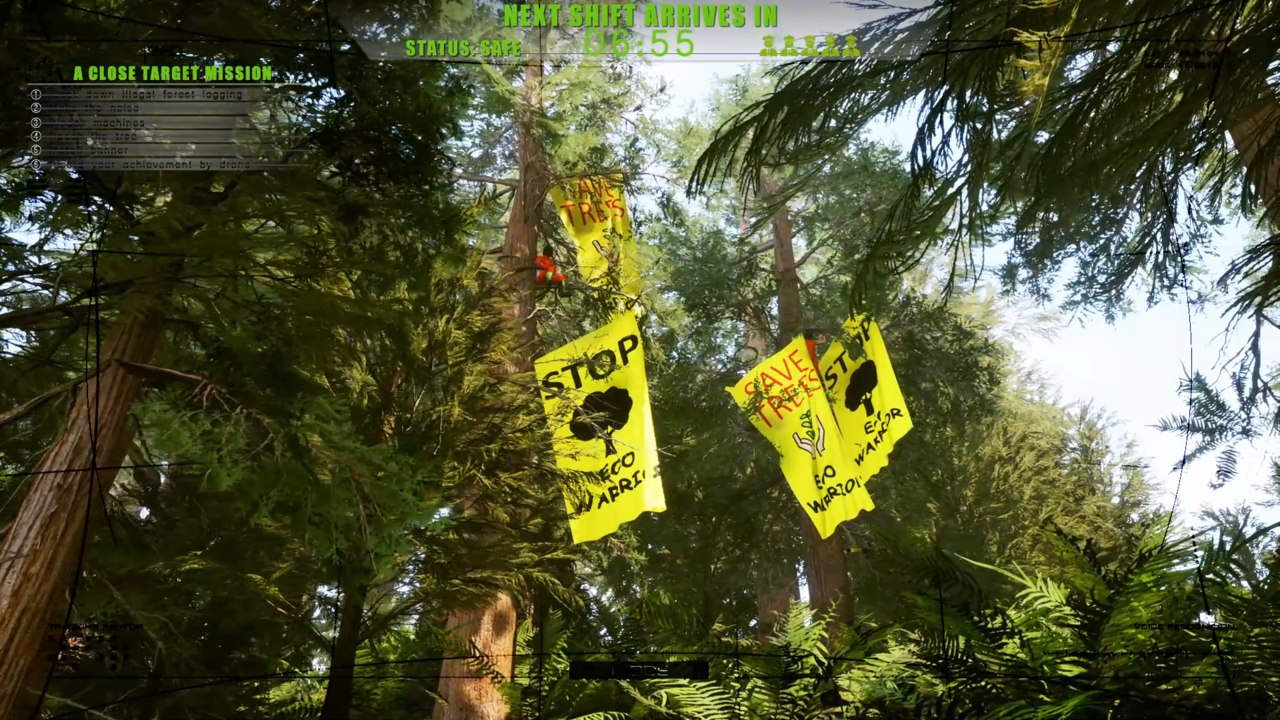 Our goal is simple. To bring joy from playing the game and educate at the same time. We have only one home - the Earth - and we should take the best care of it we can. Our civilization keeps on growing, but the amount of natural resources is limited. We have to find alternate solutions. Discover new ways of meeting our needs. We hope that Eco Warrior Simulator will make some players think for a moment what all these activities are for. And even if only a few introduce changes in their everyday life, through which they will limit the destruction of the plane - it’s worth the effort.