One more of the first designed hovercrafts was remastered, for our upcoming game Crash Force! This article goes a little deeper in why we have to remaster our very first vehicle designs. Furthermore this article has screenshots and videos while in game and in the modeling-texturing process.

Posted by AscanioEntertainment on Jul 29th, 2016

Exciting news people, another one of our hovercrafts has been remastering lately and that vehicle is named Aquila Minuta! The base textures have been remastered and the vehicle has been painted with a rustic yellow tint! This hovercraft is one of the smallest one from the Aquila family and is agile, with low health points but deadly, as it can maneuver it's pursuers quickly and hide behind objects to evade enemy fire!

The remastering process is necessary for our first hovercrafts and is a very time consuming process! In the past, we did not discuss why we needed our first vehicles to be remastered and we think it is appropriate to give you techie guys more information on why we chose to do the remastering at this stage of the development.

At the start of the development for Crash Force, prototypes were created for each vehicle. These prototypes were very rough and at the same time necessary for the programming of the main functionality of the game and design. Therefore when parts of the game became functional with our early models for vehicles we decided that these models need to be finalized and brought up to speed with the concept of the project. Since we had already decided that we will have three hovercafts and three different families of hovercrafts, we set out to give each vehicle its own identity and correlation with other vehicles in the same family.

A decision was then made to represent the Aquila hovercraft family with a design concept that would match the character and story for each family. For the Aquila family, we chose to direct our design concept towards a concept with sharp edges, a rustic paint finish and a steampunk feel and look. We then conducted a research based on these characteristics for this concept and found similarities with the design concept of Mad Max (as well as other sources of steampunk and rustic textured vehicles), consequently adjusted our textures with that inspiration in mind.

If it sounded pretty odd for you guys that we would be remastering our first vehicles in the last month, we hope that this can shed some light on the overall process and thusly why we need your feedback when we are working on our design and concept for the hovercrafts.

On a final note, the Aquila Audax remastering process that we have previously showed in the last month was not final, so stay tuned to our two articles concerning the remastering of our old vehicles and help us with feedback on what do you guys like or not!

Without further ado here are some screenshots and related content from the results of the remastering process:

Two screenshots of Aquila Minuta in our new map Clavat Tombs, after it was remastered! 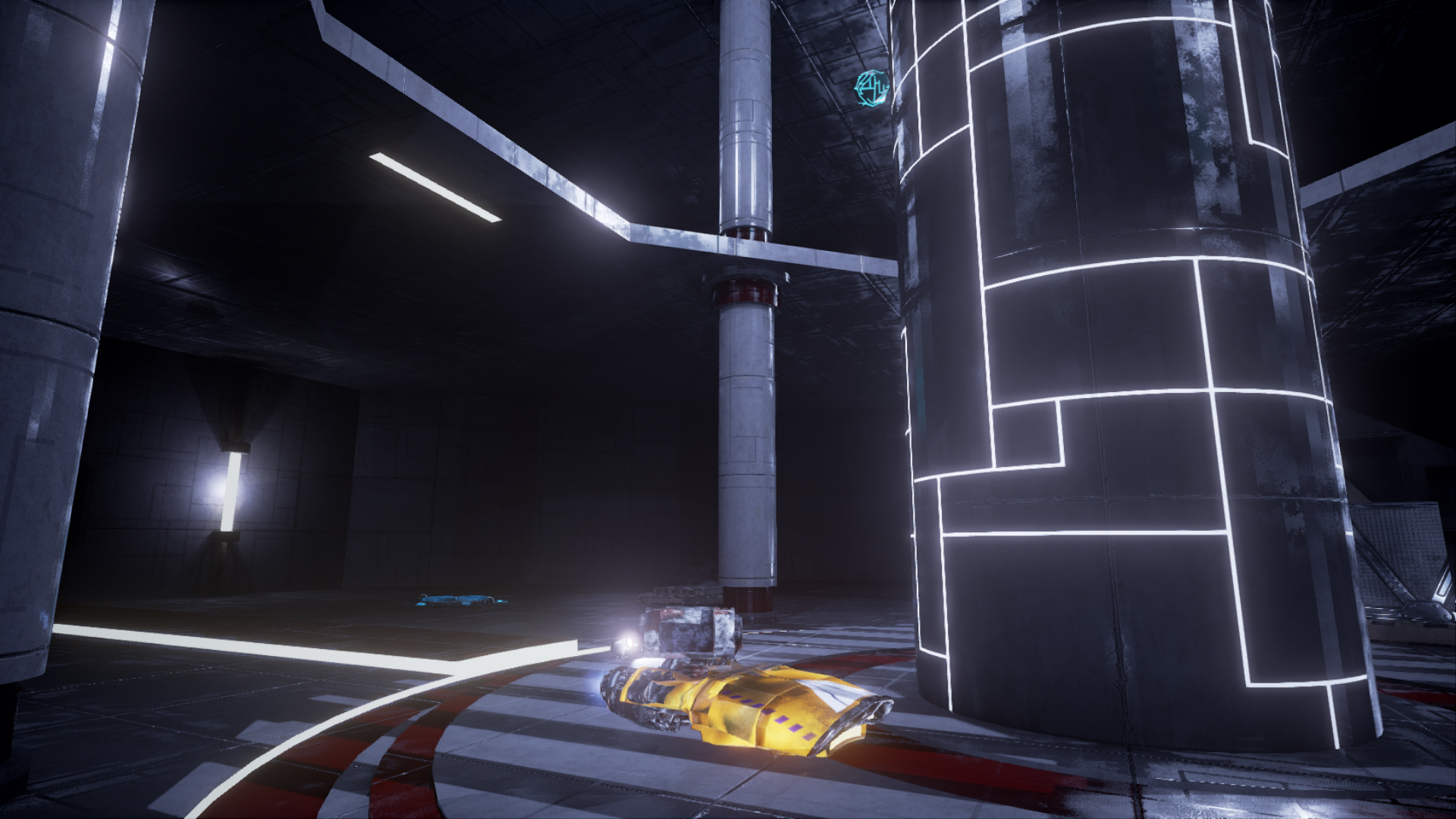 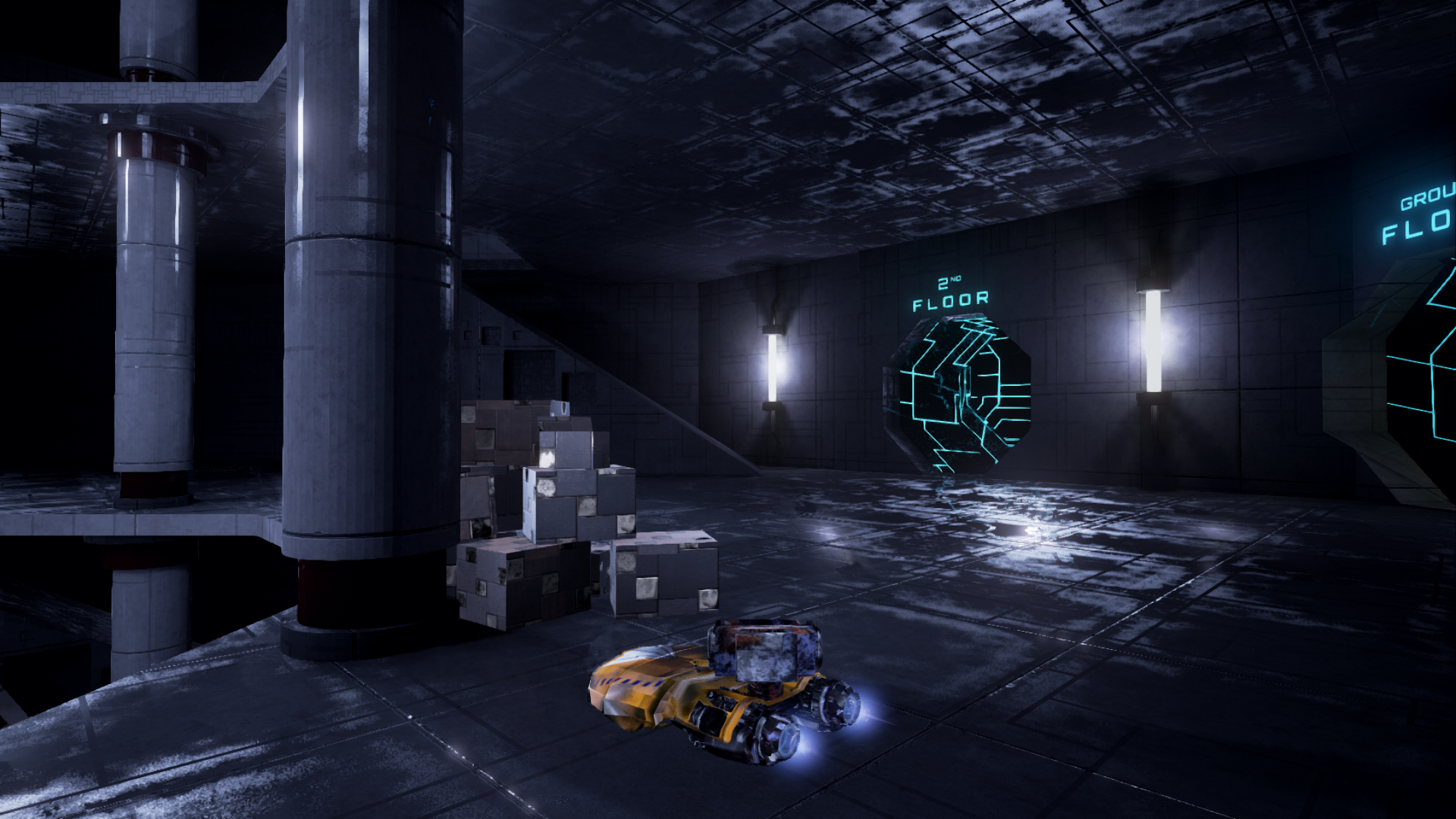 One more screenshot of Aquila Minuta in the Aquila Plains map and then a small video with gameplay! 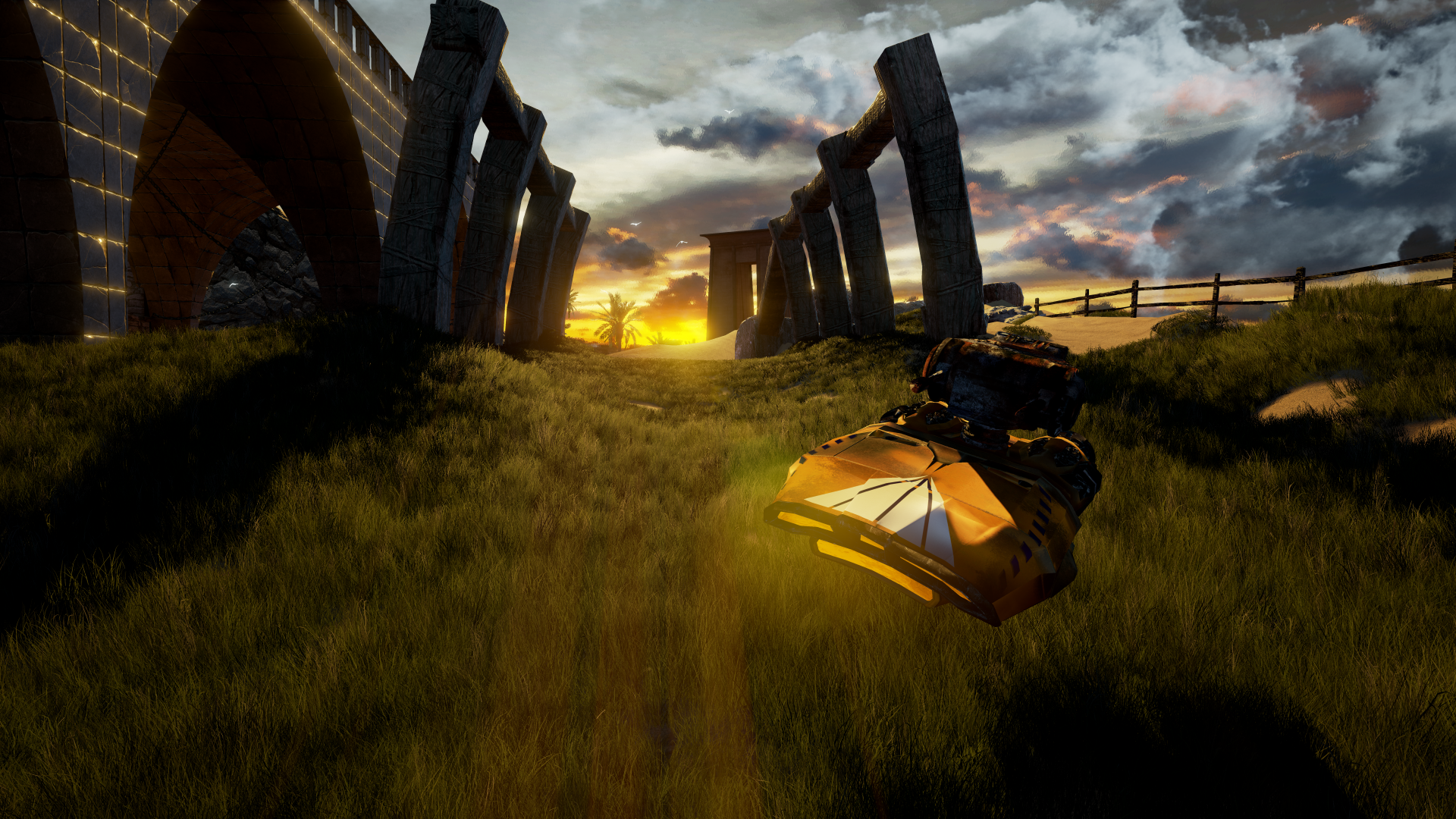 And lastly we have some render screenshot of Aquila Minuta for anyone interested: 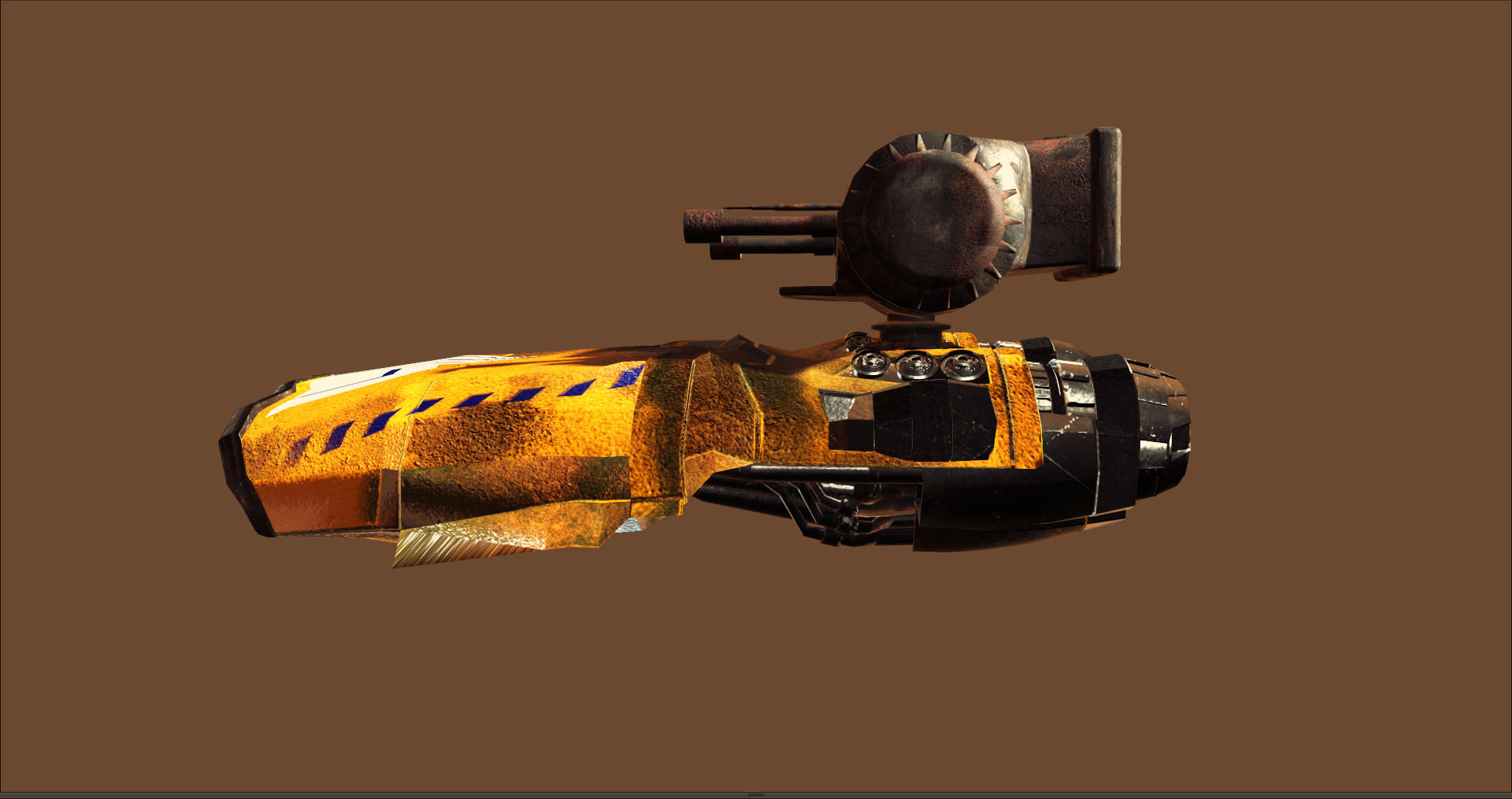 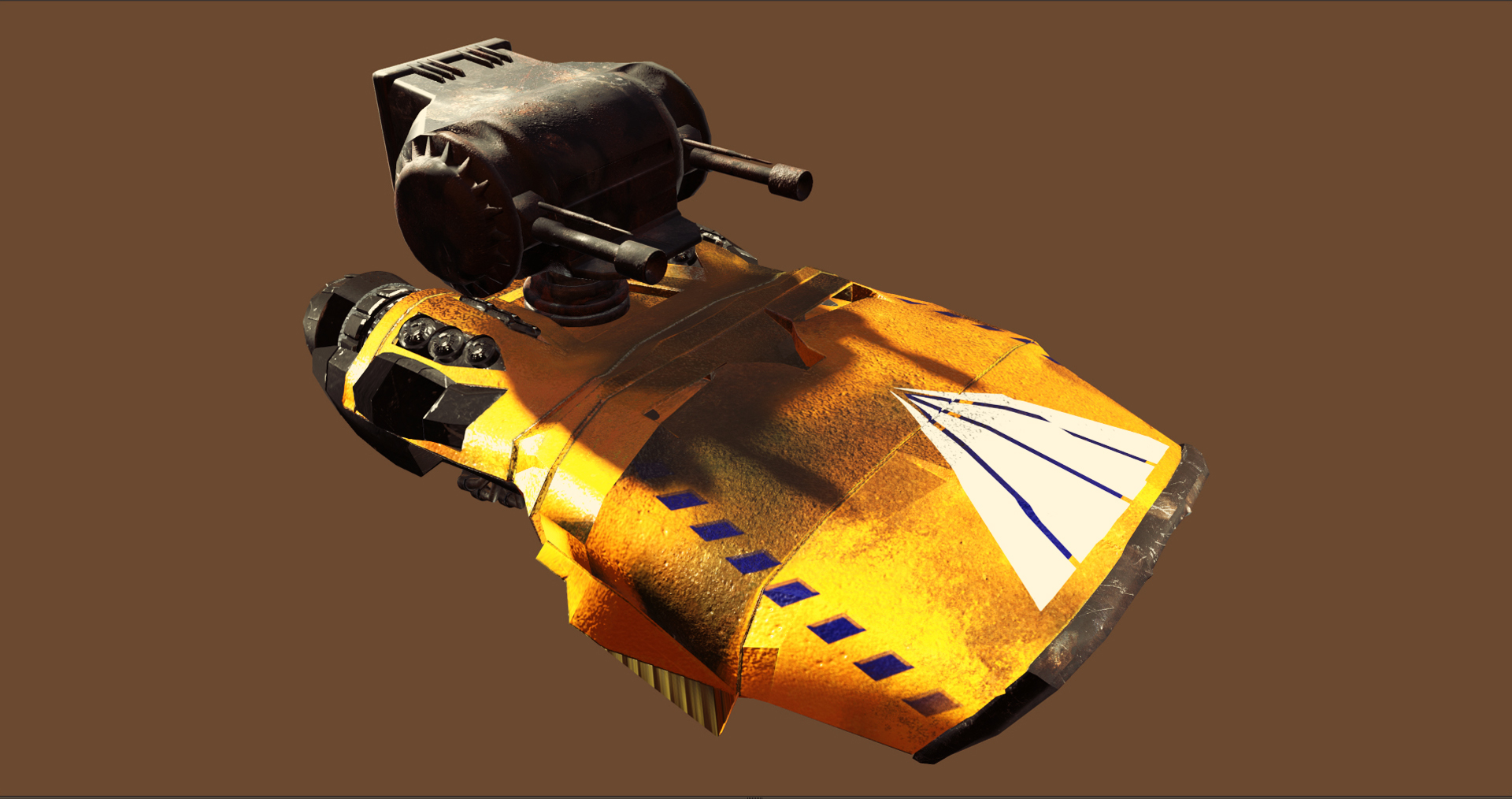 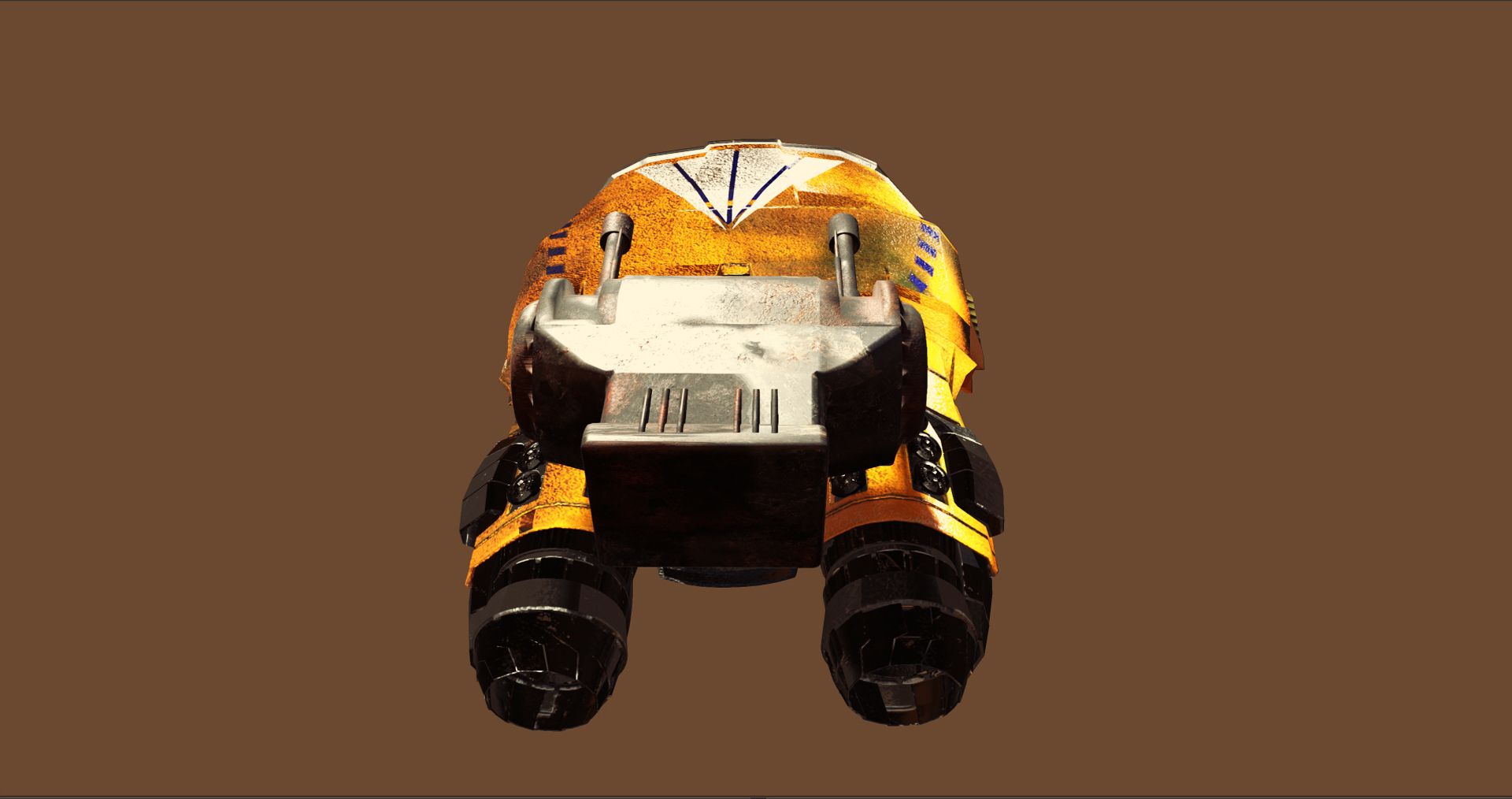 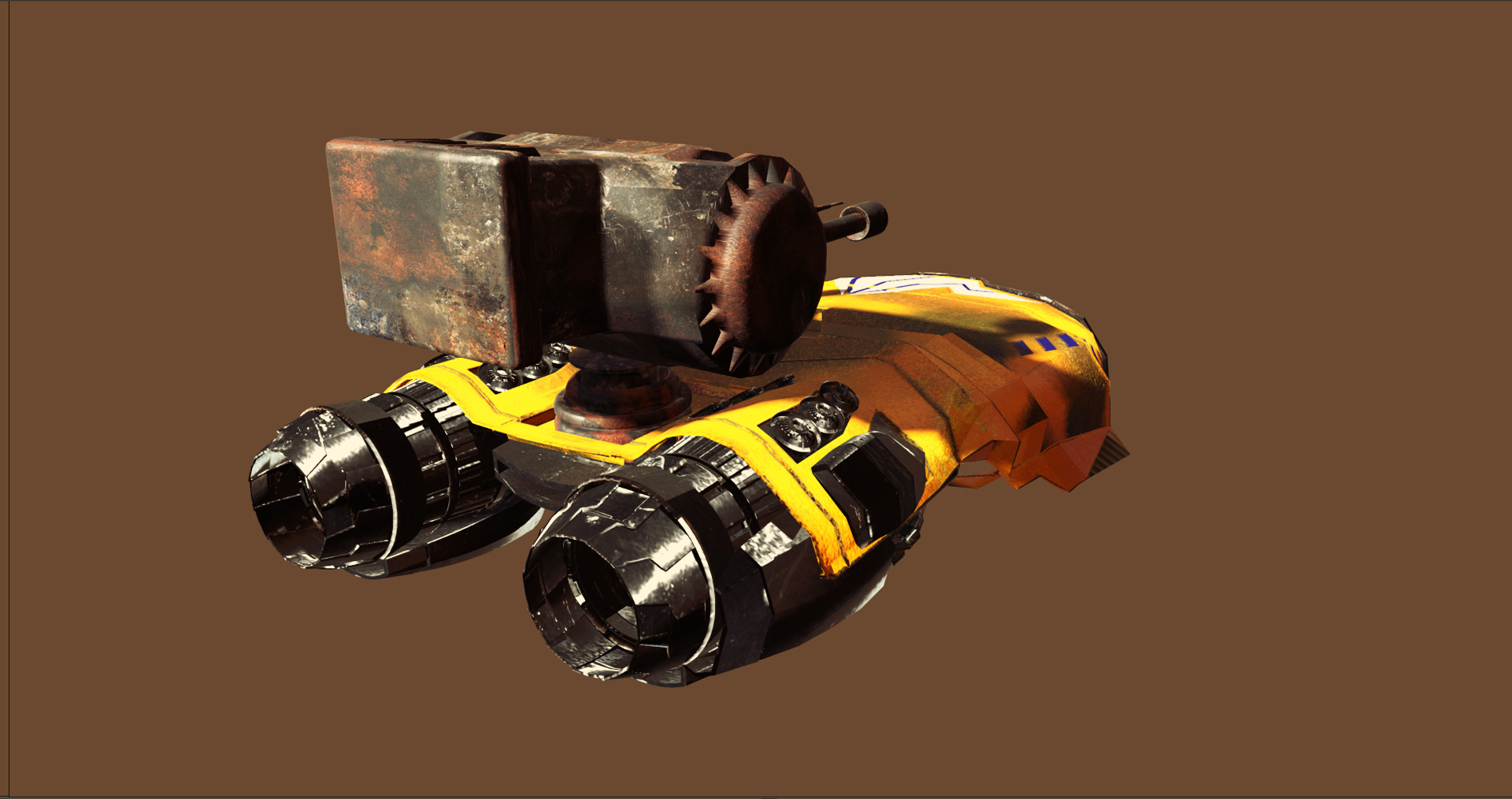 Thank you for taking the time to read our article, you can find the full article also on our blog at: Ascanioentertainment.com