April showers really do bring May flowers. Looks what's blooming over at Feudums!

Posted by markjohnelliott on May 5th, 2016

Growing up in Iowa, I was told "April showers bring May flowers." Sure enough, if we waited out the rainy days of April, eventually the sun would show it self in May - and with it all the colorful blooms in my mother's flowerbed. That same sun would also be the signal for farmers to get busy putting seeds into the ground for the planting part of the farm cycle. Well, here at 2Pence, its much the same. The "rainy" days of April brought us our stable version of the Single Feudums Management Build. With this achievement, we could point to potential players and supporters, and tell them, "Yes, we can finish this game!" We've planted the game firmly into the ground and are working towards making it grow into something wonderful.

And with this new found confidence, we elected to try booting up a crowdfunding Kickstarter campaign and a Greenlight campaign. So, May has really bloomed into some nice surprises. 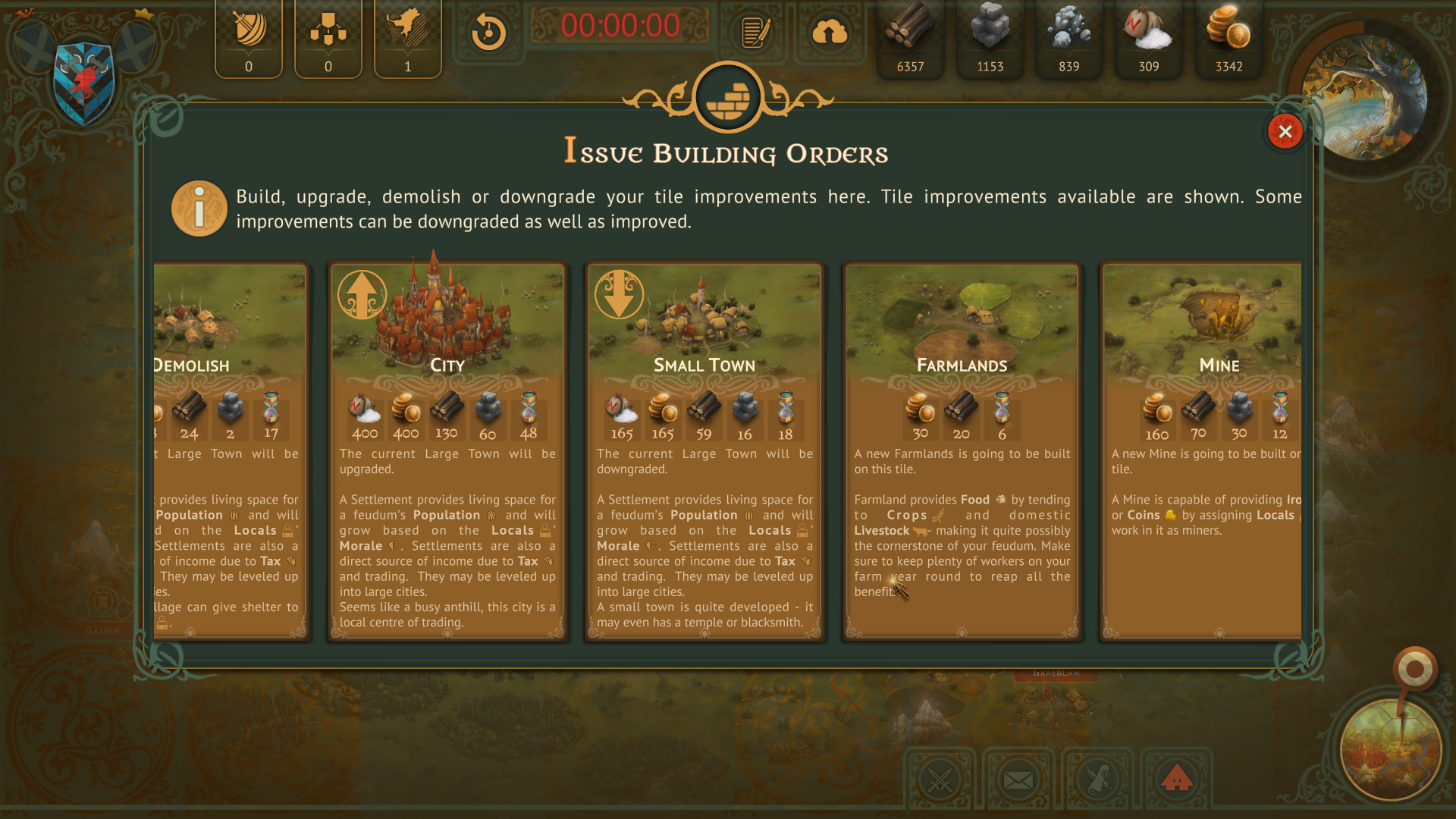 If you're keeping score at home, we're still two builds in on an - at least - five build process (I say at least because internally we now refer to the Coat of Arms Generator and House Customization as a Build). So we still have a ways to go. Next up in the pipeline will be the Multiple Feudums Management Build, which allows players to take the reins of several feudums at the same time. It isn't too big of a change from the early demo we have up right now except you'll be able to manage more than one feudum. Learning to juggle several feudums at once will prove to be a important skill down the road. Then come the big ones: Diplomacy, covering Trading and Vassalage and Warfare. And let's not forget The Coat of Arms Generator slots in there at some point too. That's the plan at the moment, but we're considering something different and want to ask your opinion.

Would you rather we stay with Plan "A" or move to a different method - a method where we take bits of each build and get them out the door. For example, you could see the multiple feudums management build with a part of the diplomacy build, say Trading, that would allow you to take control of multiple areas and trade with each other.

The completion date of the game itself wouldn't change, but you would see bits and pieces of everything we have left to do get released in a hap-hazard way. PRO: You wouldn't have to wait until warfare was completely done to see some form of the build. CON: Warfare wouldn't be done and ready to go all at once. Head over to the forums and let us know which method you would rather see. We're having a rather spirited debate internally about this subject and would love to hear your thoughts.

On the marketing side, as I noted, we started a Kickstarter and a Greenlight campaign. Out of the gate, the Kickstarter staff selected Feudums as a "Project We Love!" That certainly helped make Day 1 great! We're hoping the Kickstarter will provide the funds to continue working without having to take the time to hunt down private funding. Any time away from design and coding slows everything down. We think the Greenlight campaign will provide some fresh eyeballs for the KS, but we're also looking for validation from the gaming world that Feudums is worth making. Our fan base is a small one and while it's been growing slowly over time, it would be nice to see a ginormous amount of YES votes to validate all of our work.

Lastly, we're taking some time right now while we have a few moments to breath to build up our Support Us and Shop pages at the website. Once those are done, we'll be able to accept direct pledges from our supporters or sell you some fantastic looking Feudums gear.

Our biggest enemy right now seems to be a lack of visibility. Its been hard as an Indie with a complex idea to get any traction with the major media players. Early on, eXplorminate gave us some positive coverage and for that we're grateful. But it's been tough gaining any traction since.

So it seems we've hit a bit of a speed bump on the developmental highway. If you're looking for a way to help us out, consider pledging over at Kickstarter, voting YES at Greenlight and talking us up all over the place. We need more people to discover us. The best way for that to happen is for them to get a personal invite from you! Remember, you'll need vassals in the game. Start grooming your friends, family and co-workers now! ;)

There is still time to pledge over at our Kickstarter campaign. Consider the Vanguard pledge level!