Breakdown of April milestone for Simulacra. The sprint focused on system updates intended to give the player more engaging decisions and context for the encounters.

Today is the end of the April Milestone so there is a new build available. Progress was definitely good, both in the raw work accomplished but also in further defining the type of game I would like Simulacra to be.

This Milestone - What happened? 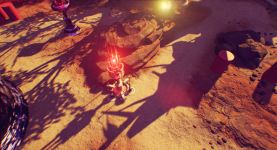 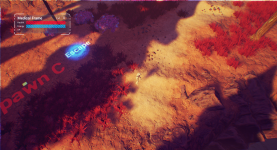 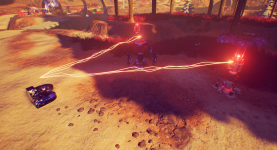 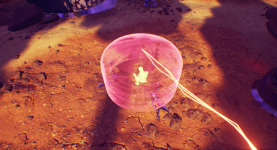 Next Milestone - What’s going on next?

The next milestone is planned to be a bit more free form than previous ones. I have a queue of tasks in HacknPlan that I would like to dig into, both improvements on existing systems as well as experiments. Like I mentioned in the previous milestone summary, the game’s biggest weakness right now is its lack of progression and context and though I think this milestone did a good job taking the first step, there is still quite a ways to go. Ideally I would like to hook up the weapon system into a more rich UI so the player can start actually purchasing upgrades and modifications for their gun. Similarly I would love to get more storytelling happening in the base, but that may need to wait until I find a better dialogue solution. The current one is too complex and prone to error. So we will see what the current milestone brings!

Currently in my free time I have been playing the early access game, How to Survive 2. The first one was decent if somewhat bug riddled. I have to say I have been enjoying this one quite a bit more, the free-form base building is a welcome addition and seeing how they are implementing and refining things gives me a lot of ideas for improving Simulacra. I have also gone back to Magicka and been playing through that with a good friend. The raw chaos of that game is so awesome and I really enjoy how each element both modifies your own abilities but also how you go about using them. We tend to die a lot trying to revive one another while soaked (water + electricity = bad), or hit each other with lightning bolts.

Thanks again for tuning in, let me know what you think about the build and have a fantastic weekend! - CJ