A progress update on what we've been working on since our last update, with behind-the-scenes details focusing on art, animations and writing!

Greetings! It's been a while since our last development update, but that doesn't mean exciting stuff hasn't been happening! Here's what we've been making and some insight into the development process.

A large new area was completed yesterday. This is one of 6 of the most important areas in the game, and is a part of the first world (of three) that Aura adventures through. Here is a partial screenshot of the scene (it shows about 1/4 of the entire thing): 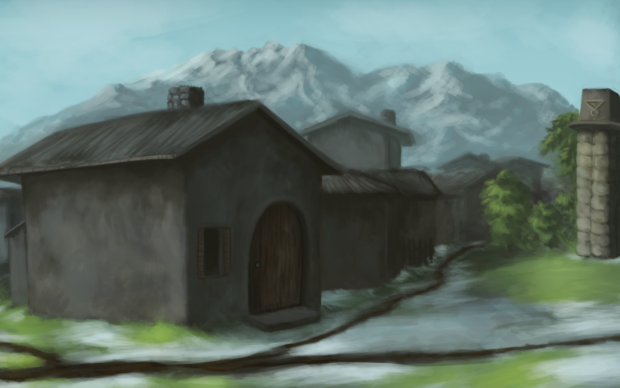 And here is a GIF showing a step-by-step of the digital painting process:

Additionally, four mini-scenes (all related to the first puzzle of the game) were completed. These smaller scenes are accessible from the space-time ruins area. Here is Aura standing in one of them: 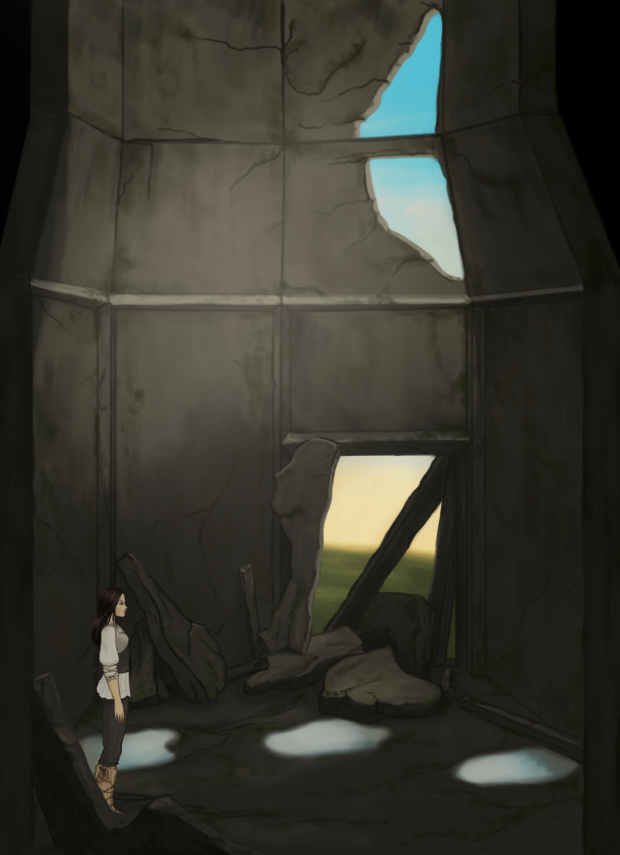 You can also find detailed step-by-step notes about painting this interior on my blog: Process Journal: Ruins Interior.

The four non-player characters we posted about before were also completed (as well as animated). Here are a few of them painted up (not to scale): 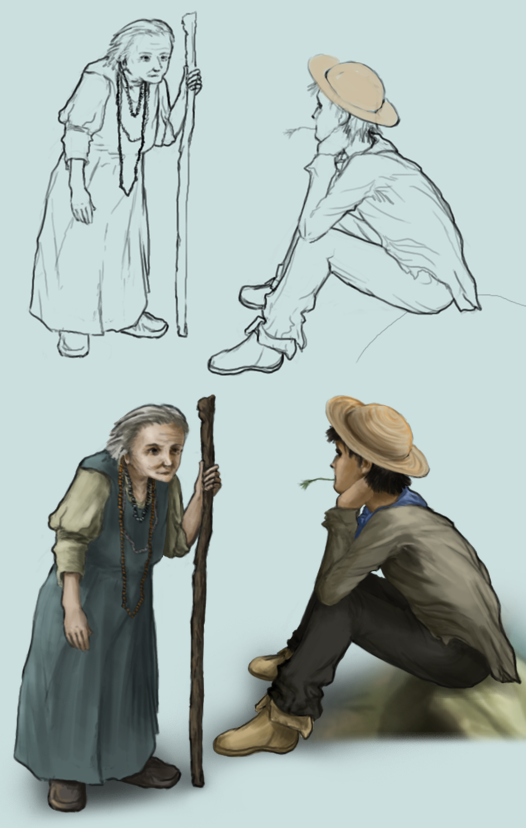 Art assets for cut-scenes have been progressing as well, including the revision/improvement of this close-up of Aura we posted before:

What do you think? Better, right?

Speaking of that close-up shot, animations have been made for it, including several different expressions and a hair animation. Here's a screen-capture of my workspace, using VIDE (our animation engine), showing the bones, frames, and layers of the animations: 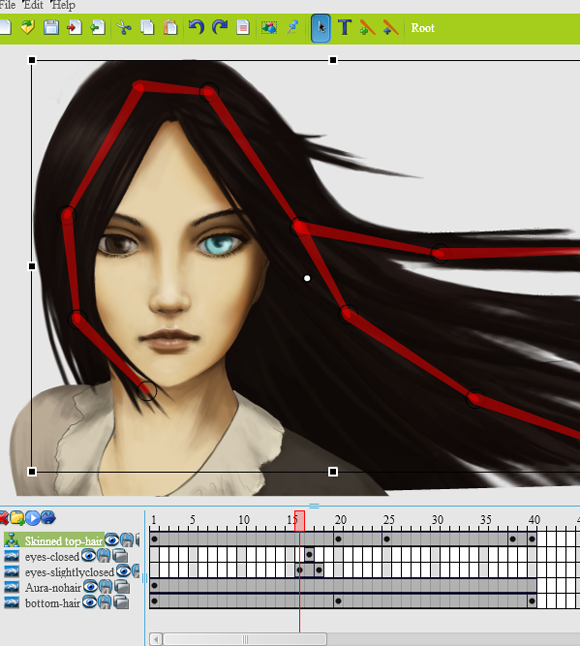 And here is a short video showing a little bit of the animations (just hair and blinking, no expressions):

Several animations for in-game Aura have also been created since our last update, including a sit/stand and stumble/fall.

Writing has progressed by leaps and bounds since our last update! Since Havencall is such a strongly story-driven game, we recently decided to take a good long time organizing, revising, and re-writing all the story material we had into a comprehensive, all-inclusive "Game Script."

The game script is currently very close to complete (just a few scenes left to write/revise), and currently weighs in at 30 single-spaced pages! With the script in place, all of the details of every scene, puzzle, interaction, dialogue and battle is available for us to reference at any time. It's an invaluable resource, and is already helping to speed along development in all other areas.

Last but not least, an awesome new song was recently completed by our talented composer. Give it a listen:

That's it for now, but look forward to more updates as we forge ahead in development!

That's what i would call art, really, really beautiful and a fantastic job you've done. Aura seem to me drawn very deep and i just can measure from these brilliant visual you show us.

I noticed that i have a weakness for heterochromia Oo

Thank you so much for the lovely comment! I am so glad you are enjoying the visuals, and Aura's look! That's awesome to hear. :)