I showcase some of the Stealth features and Non-Lethal options that are available in Within the Cosmos, a Sci-Fi RPG, as well as new GIFs and screenshots!

Hi everyone! I hope you've all had a lovely March. The game continues to be developed, and as more systems fall into place and come together, the closer it gets to being the game that I was dreaming of making. Today, I'll be covering an important aspect of this game, which is, Stealth. Stealth touches on so many different aspects of the game, ranging from skills, perks, AI, weapons, etc. I'll be showing some Stealth features which overlap with each of these topics, and I'll also showcase some of the non-lethal options you'll have at your disposal.

Let's get right to it!

CLOAK Software
I believe I've shown this before. The CLOAK Software will render you nearly invisible for a couple of seconds (the duration can be improved based on how you upgrade your character), allowing you to evade any enemies that are in your way, or allowing you to move closer to an enemy to perform a sneak attack.

To be able to really use your Software to its fullest ability, you'll want to upgrade your Sneak skill! There's no point of being cloaked when the enemies can still hear you! Improving your Sneak skill will ensure that enemies take longer to detect you, and that your footsteps produce less noise, thereby allowing you to effectively sneak up on unsuspecting enemies. 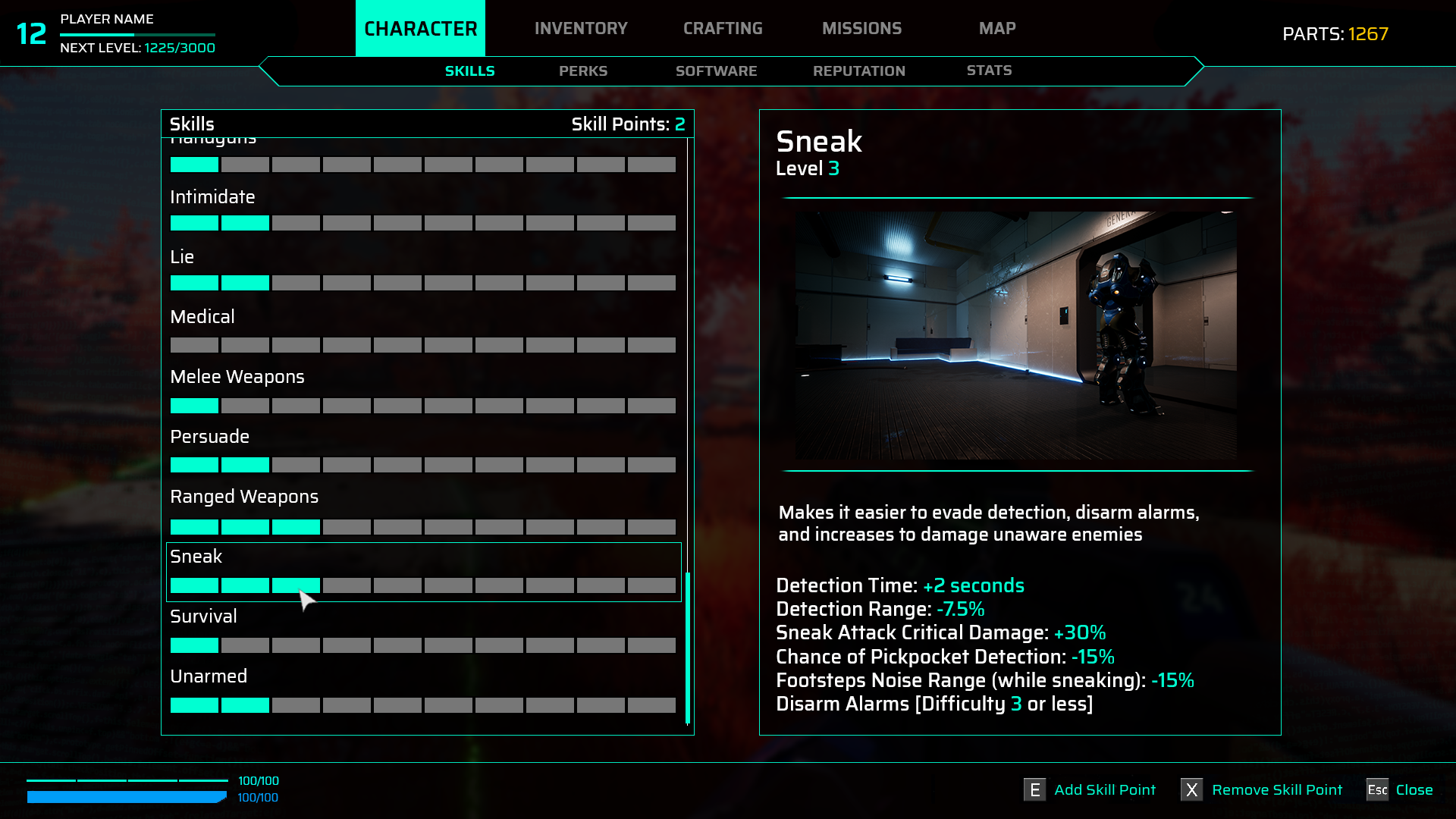 If you want to maximise how effective you will be while sneaking, you'll also want to invest some of your Perk points into some of the Sneak perks, some will allow you to do more crit damage while sneaking, or increase your crouch movement speed, or increase the chances of a malfunction on a trap that you accidentally set off. 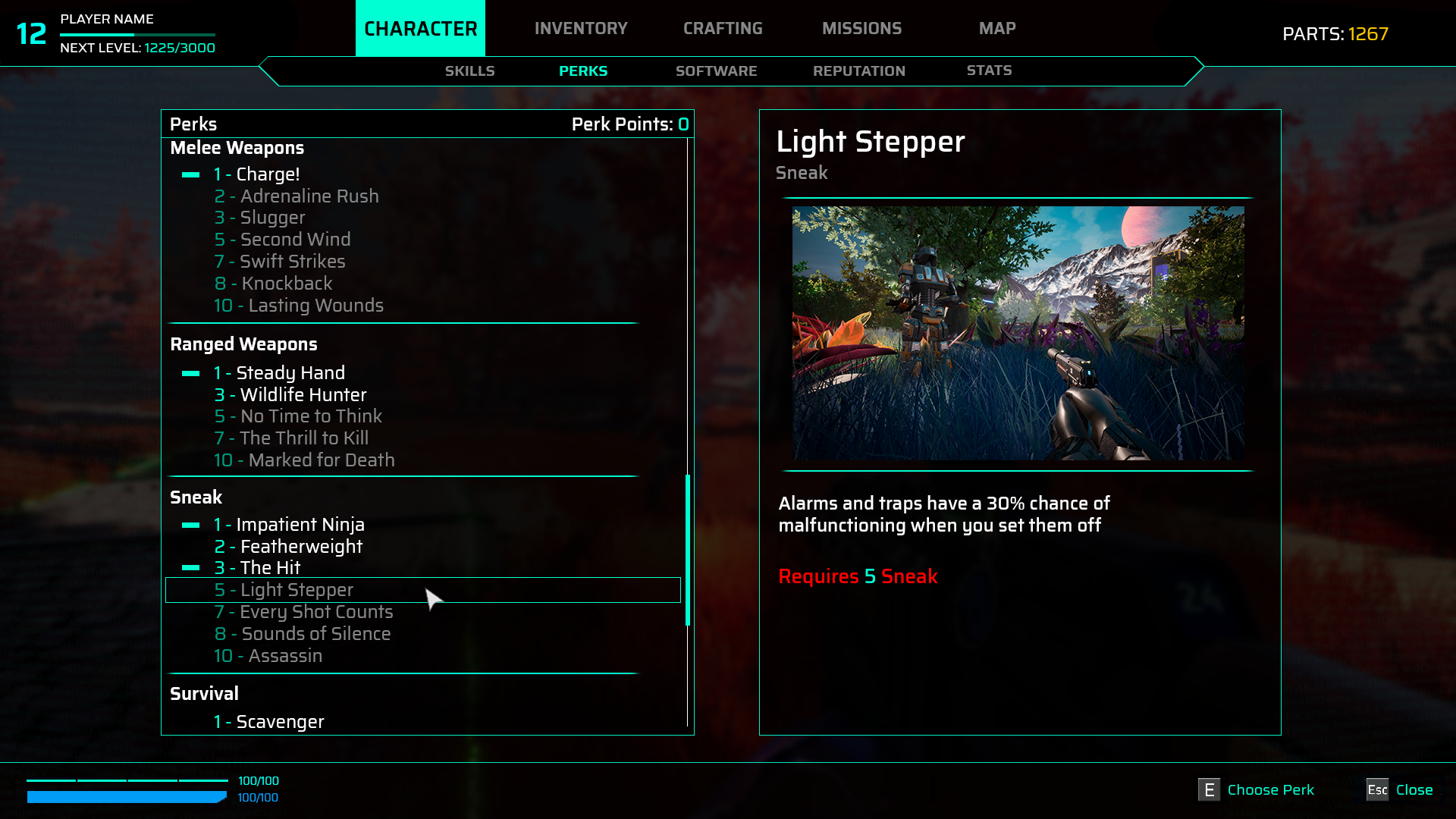 When you feel confident enough in your sneak skills to takedown an enemy, you'll be able to sneak up behind them and perform a non-lethal takedown.

If your sneak skill is high enough, you'll be able to successfully pickpocket people without alerting them. If you're pick-pocketing with a low sneak skill, there's a chance you'll be caught immediately, and you'll have to pay a fine or you'll be outright attacked.

When playing a game stealthily, you need to be cautious about how you take out or evade enemies. Observing their patrol route to time your movements is crucial, but if there's no obvious way around the enemy, you'll have to get a little creative. One way of doing this, as shown in the previous dev update, is by hacking nearby objects that produce noise, which will distract enemies and lure them out of the way.

Enemies also display a detection meter, which will let you know just how close they are to detecting your presence. How fast it fills is determined by your Sneak skill, your distance, whether you're cloaked or not, and whether you are standing or crouching. It is also determined by the difficulty you're playing the game on. When an enemy enters the Alert state, they will alert nearby enemies to your presence, so make sure you're not detected so you can avoid any unnecessary confrontations!

Aside from all the Skills, Perks, and Software you can upgrade, you'll also have some choices when deciding what weapons you want to use to suit your play-style. One very important part of playing stealthily, is having the ability to equip silencers on your favourite weapons. You can equip them on nearly every weapon in the game. You'll see how the silencer will affect your weapons base stats when you equip it. Using a silencer will greatly reduce the sound your gun produces when fired. 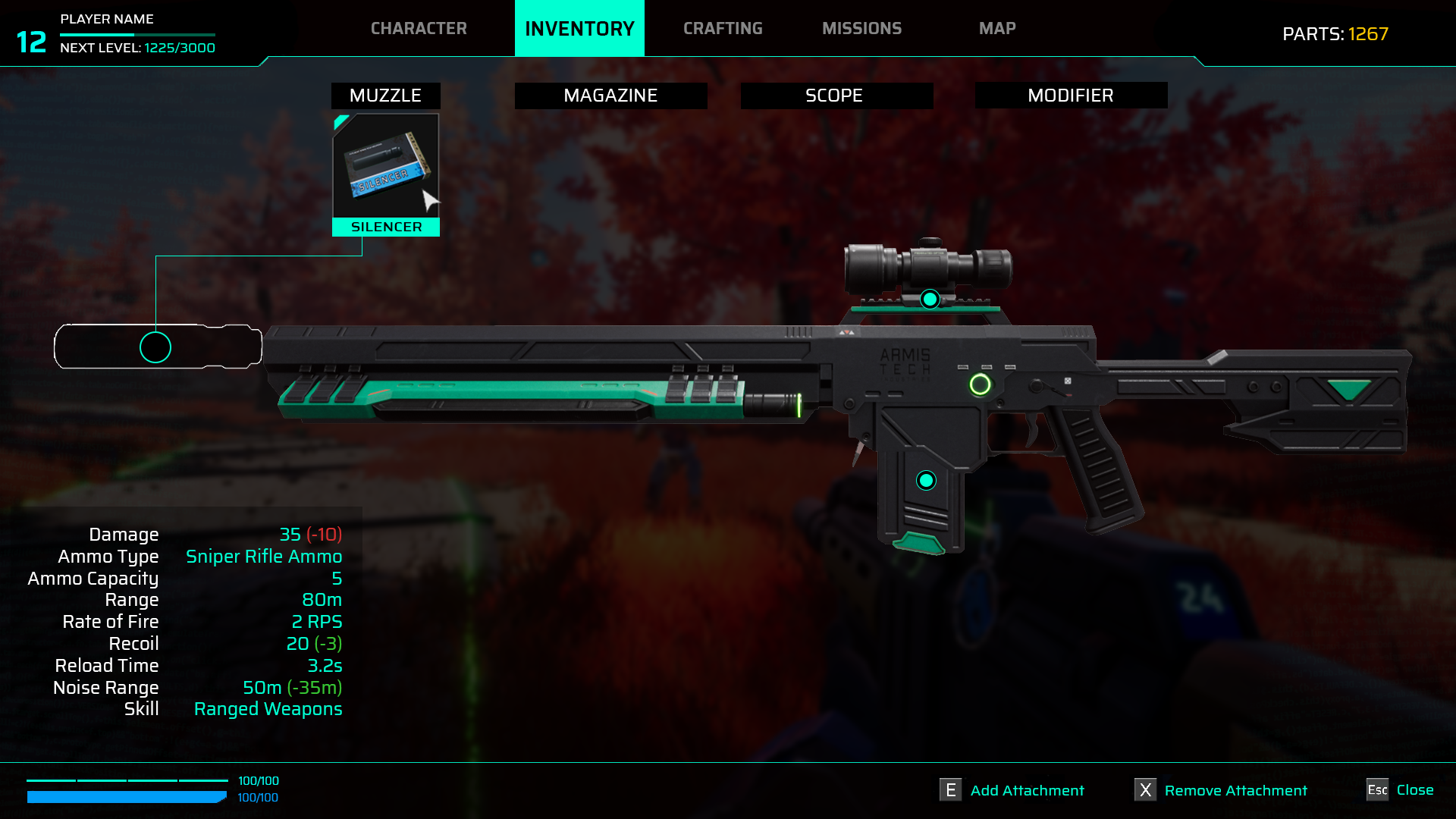 If you want to be non-lethal, you have some weapons at your disposal. You will be able to use the Tranquiliser Pistol, which will put enemies to sleep immediately if you land a headshot. If not, it will take a couple of seconds for them to fall asleep.

If you're a person who likes to take people out from afar, you'll be able to make use of the Tranquiliser Rifle, which works like the Tranquiliser Pistol, but at a much greater distance. Headshots will put enemies to sleep immediately, body shots will take a few seconds before the effect kicks in.

If you see a group of enemies that are too close to each other, using a Tranq. Pistol or Tranq. Rifle probably isn't the best idea. If you want to tranquilise them without being spotted, you'll be able to use Gas Grenades. Throw it near their location and the Gas Grenade will put enemies to sleep after just a few seconds. If you're infiltrating a location, and want to plant traps to take people out non-lethally, you can plant Gas Mines, which will only activate once someone gets near it. These gasses will affect you too unless you have the appropriate Software installed.

These are just some of the ways that you'll be able to approach situations in Within the Cosmos. There are some things I wanted to cover here that totally fit into these categories (like the Smart Tranq Pistol) but I'd rather leave some stuff strictly for the gameplay video that I'll be recording and releasing in the coming months. Please remember that the game is still in development so some things may change, and things are still being worked on, but I hope you like what you've seen so far!

I'm trying to post a development update (roughly) once a month now, and I hope you'll look forward to reading the next one next month! I will never tire of thanking all of you for your patience, understanding, and support throughout the development process. Thank you so much! 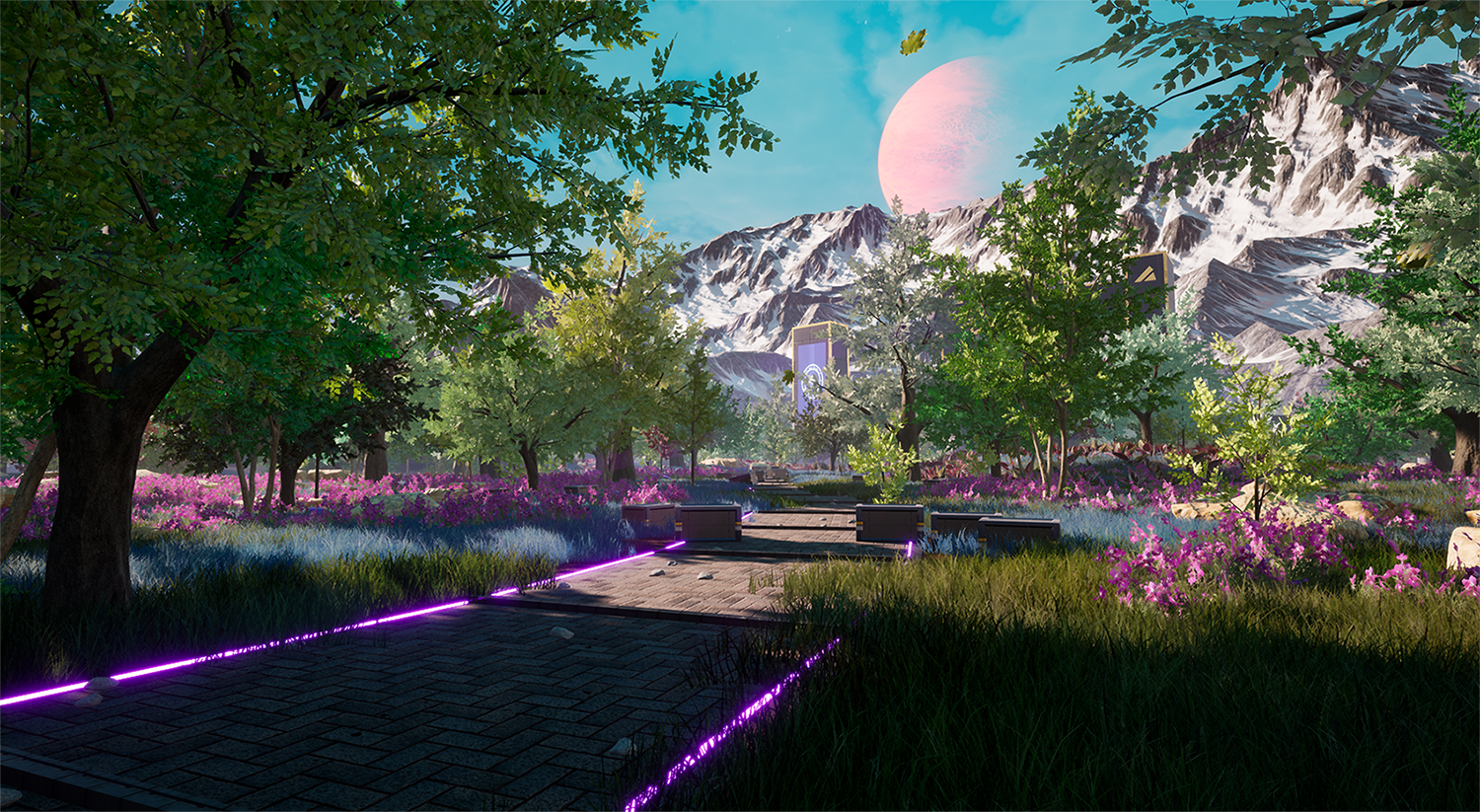