Take a look at the early shots of APEXICON's World Map, and explanations about it!

During the story segments of APEXICON, you will be moving your character between various areas and story battles through the game. In the upcoming demo, you will be able to get only so far before the demo ends. To understand what's going on, let me illustrate the map thusly: 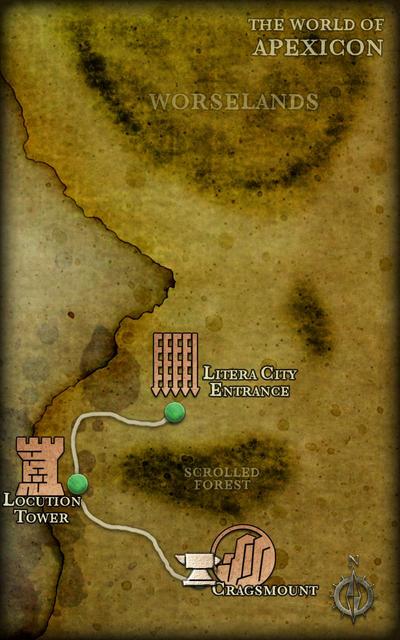 As you can see, the locations for your character will be illustrated by beautiful icons, exemplifying what the base nature of the location is about, whether it's Cragsmount with its lush mountainous environs, or the Locution Tower, where mages try to work with words to make magic into vocal spells, which has not worked thus far.

Your character's icon will be a special token, akin to Monopoly on the board. Pressing on the location you want to move to next will move the token along it; allowing you ease of moving back and forth between town and dungeon sections.