Hey guys! We would like to show you our new NPC designs, as well as talk about camera upgrades and give you a sneak peek at our main character Lynn's animation process.

Our city is getting more crowded every day that goes by, and its inhabitants are beginning to come to life with the last concepts in the pocket.

With this we are ready to begin modeling them and finaly adding them to their houses.

Here are the rats' final concpts: 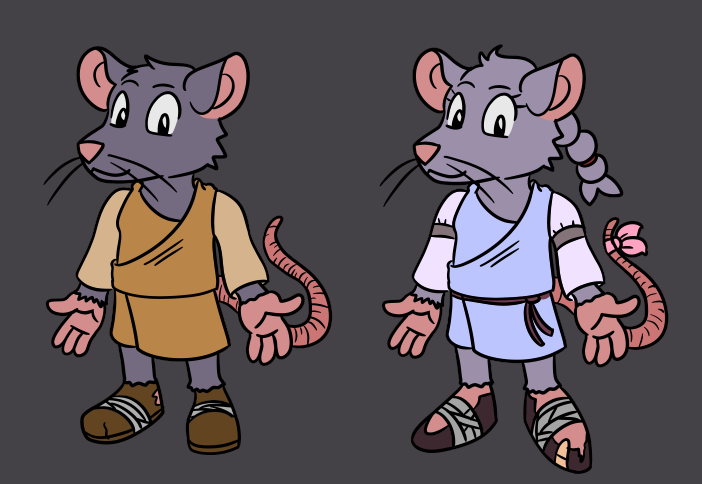 You can see them in full depth in a 360 here. The first turnaround is for our default male citizen, and the second is for our female default citizen.

In terms of modeling, there isn't much difference between them. We opted to utilize the outfits and color scheme as the major differentiator between them to save time with the animations and modeling.

There will be some more particular citizens with occupations, such as our Maior and the Mechanic, who have already been established, they will be differentiated from the others by their clothes, as well as certain modeling variations. 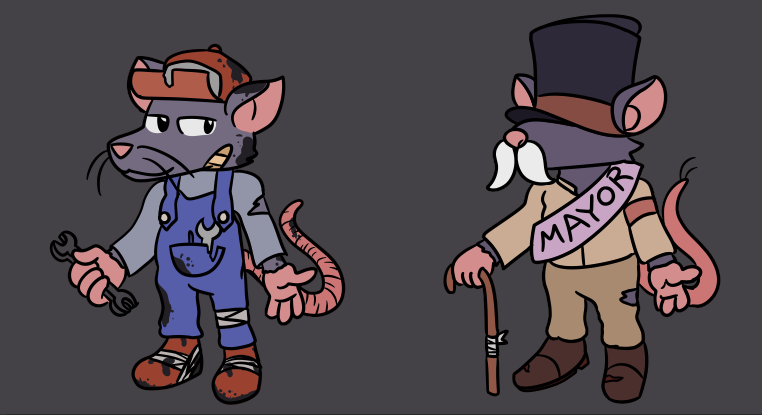 Aside with the city expanding, Lynn's family is also increasing, however we will just be producing the grandfather for the time being. 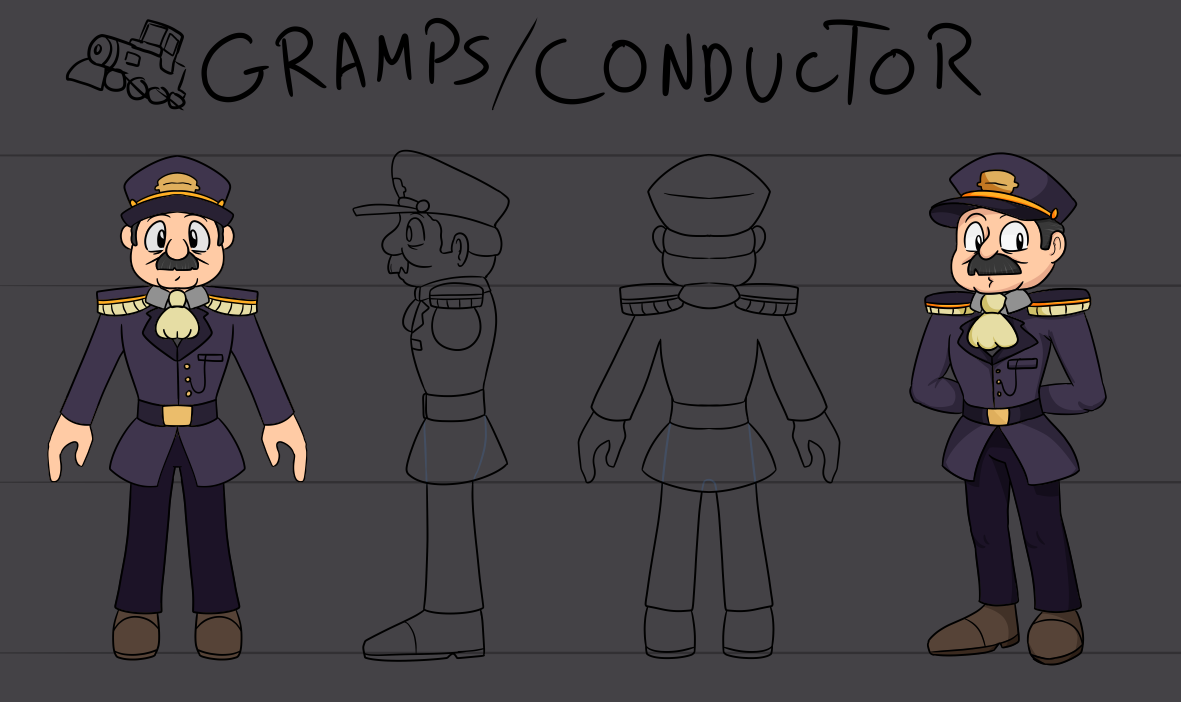 As you can see he is the one conducting the train that is taking Lynn in his adventures. We tried to make both of them resemble the design to give the sensation that Lynn’s adventure side comes from his grandfather.

He back in the days was an adventurer himself, and with Lynn’s new adventures he is also remembering his childhood. Also he loves spending time with is grandkid.

Now, let's speak about our camera upgrades, some of which have already been completed and others of which are still in the works.

We've included a feature seen in many games with a third-person perspective. Which while we honestly don't know the name for, we refer to as camera follow. Essentially, the camera tries to reorient itself to face the same direction as the user is going; this is quite useful in situations when we don't want people fanangling the controls and instead want them to sit back and relax with the movement.

Another feature is known as ordered dithering, pardon the technical jargon. If you've ever played a game where the world fades away between the camera and the player character, you've probably already experienced this, even if you've never heard the precise term. It significantly reduces camera activity, resulting in a smoother ride for the gamer.

This last feature is being complemented with what we like to call camera whiskers, this helps ensure that the scene is properly framed during all the gameplay. This feature is quite similar with the default UE4 spring arm that helps the camera follow the player around and frame them in the scene. We decided to improve it because we noticed with our current player movement, there were some times when the camera freaked out a bit, because it would get close to walls and try to zip to the player to avoid anything getting in the way, needless to say all that bouncing around can provoke some disorientation on the user end.

With these improvements we hope to create a more relaxing gameplay as well as to create a better immersion with the environment.

You can also chat with the team and interact on our discord server at discord.gg

Thank you, and hope you enjoy!