Introducing the new and improved ANU, The Center's main character. Be sure to check back with us often for many more posts like this!

Hello again! As promised in my last post, I’m here today to introduce you to ANU, The Center’s main protagonist. Before I unveil him in all his shiny grandeur, though, let’s take a moment to look at the old ANU and consider how far we’ve come in the last few months.

As you can see, ANU’s previous iteration was pretty imposing. His bulky, heavily-armored appearance makes him look like he’s built to dish out and receive some serious pain. According to his initial plan for The Center, Jason Rosa wanted to place the player in the role of an unstoppable evil bent on the destruction of the universe, and the early ANU designs reflect this. On the other hand (no pun intended), his destroyed left arm imparted a sense of vulnerability to the character that would become an important part of The Center’s gameplay and plot. It’s certainly a cool, effective design, but when our newly assembled development team took the character back to the drawing board, we reconsidered the old team’s direction and began moving toward something entirely new. 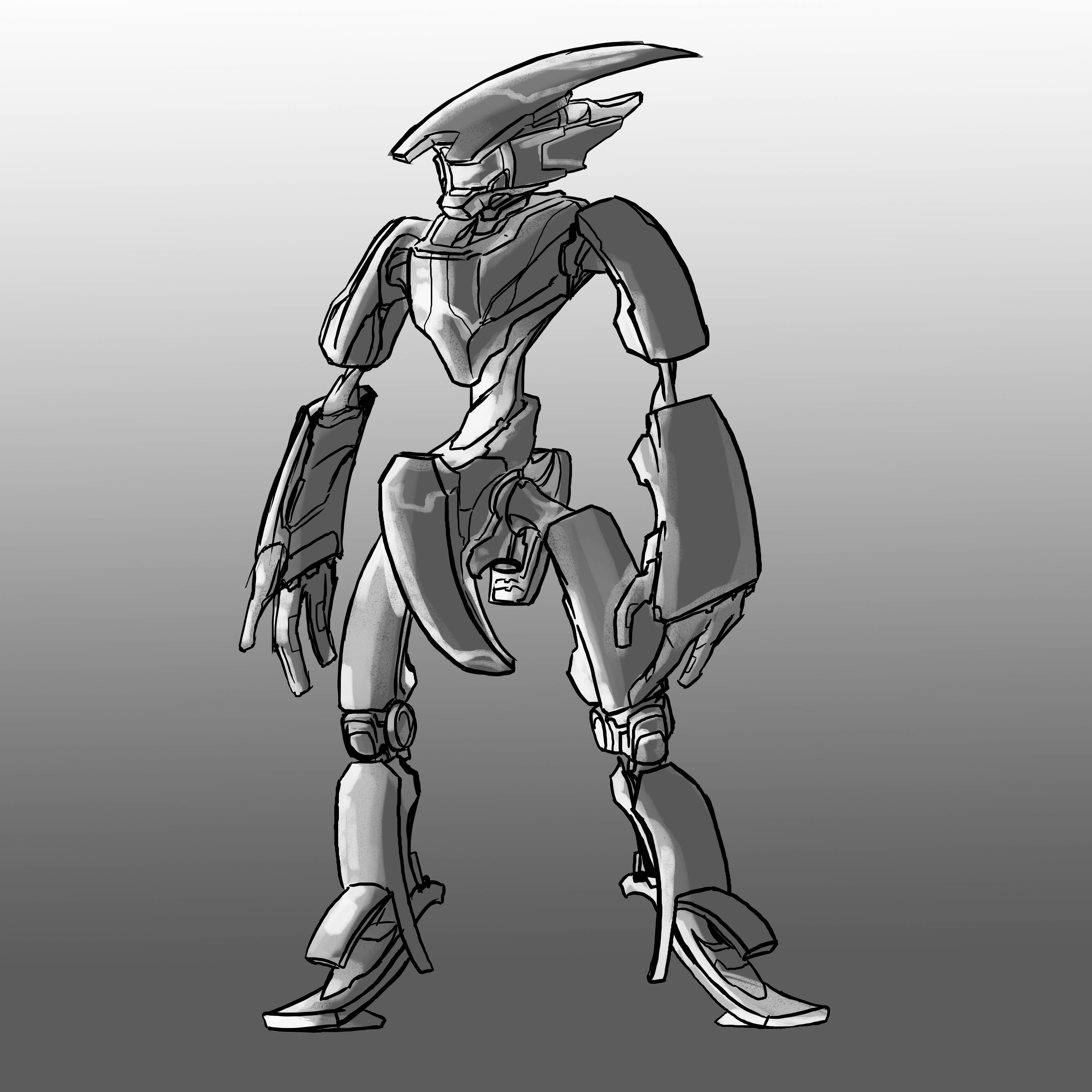 Our decision to change ANU’s design to this extent was based on a few points that came up during team meetings. First of all, while the old ANU looked like the sort of war machine you might expect to see duking it out with Space Marines in frontline combat, the mission ANU has been assigned is not really the mission of a soldier. He and many others like him have been dispatched throughout the universe to destroy it with massive explosions. In other words, his goal is to detonate a structural charge, and we felt that was more the purview of a commando or engineer. With that in mind, we designed ANU to be much lither and capable of greater mobility. Naturally, these changes in his appearance brought on a number of important shifts in our vision of The Center’s gameplay as well. His heavy-handed melee attack, for example, was replaced with an agile rolling maneuver that can be used both to launch himself into enemies and evade their attacks, as well as interact with certain environmental assets. The overhaul of the character created a number of neat design avenues for us to explore, and we had a lot of fun deliberating with one another about which direction to go in. But perhaps the greatest change we ended up making in our early meetings was not to the character himself, but rather in the way the character would be presented to the player. 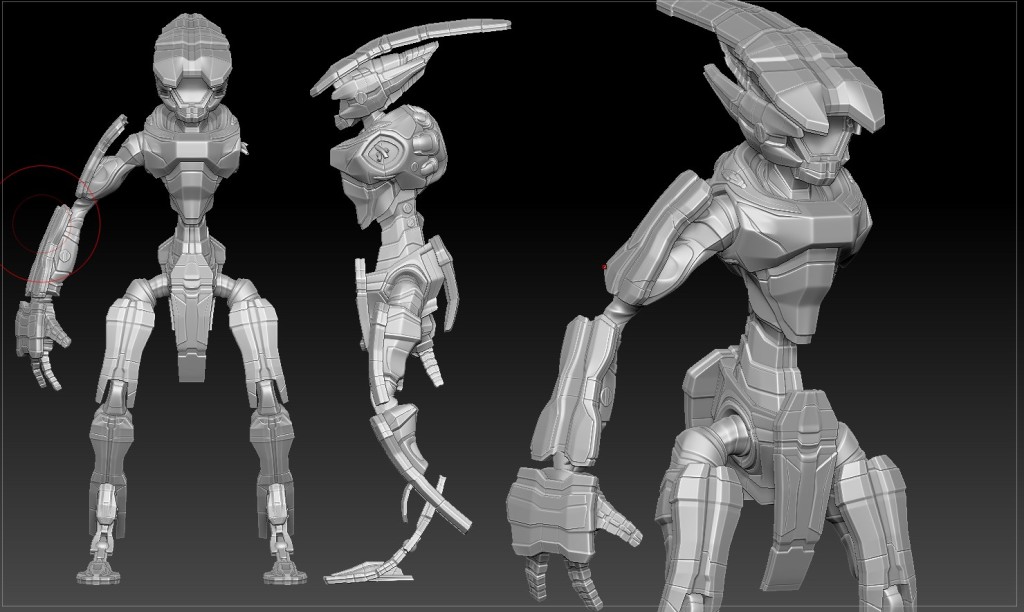 If you’ve followed The Center since the beginning, you’ll know that, initially, the characters were two-dimensional sprites set against a three-dimensional world. That is no longer the case, and as much as I love 2D sprites, I think you’ll agree with me when I say that the third dimension looks pretty good on ANU! The immense talents of our artists and animators made the decision to embrace 3D for our characters an easy one to come to, and I personally believe the results of that commitment speak for themselves. 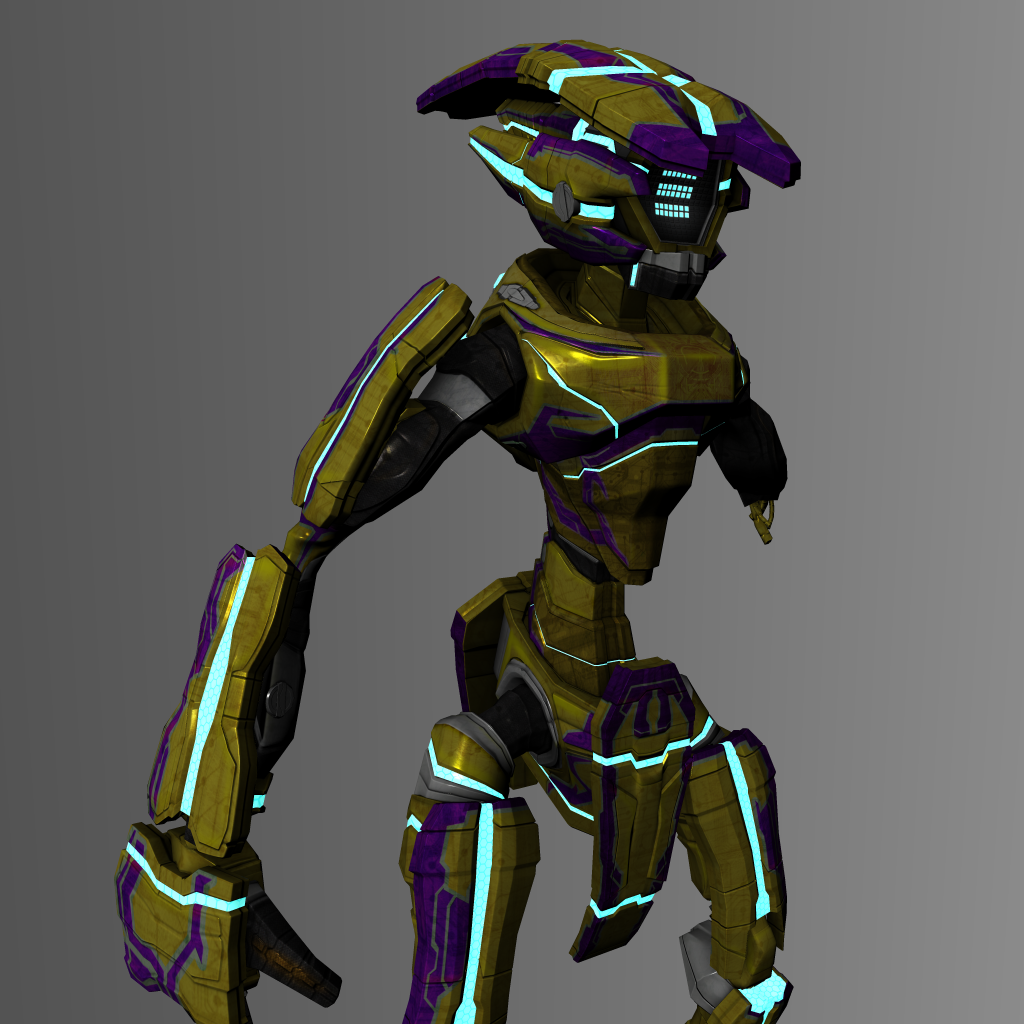 Well, ladies and gentleman, I hope you’ve enjoyed this brief introduction to the new ANU! There’s still a lot more to be said about the character and many more images and videos on the way, so keep checking back with www.thecentergame.com for updates! Also, support us on Facebook &Twitter too!

My next post will focus primarily on ANU’s artificial companion and most valuable asset: HEX, a character that has undergone an even more significant overhaul than ANU, if you can believe that. See you soon!